BOISE, Idaho — U.S. authorities are asking Yellowstone National Park tourists to review their vacation photos to see if they can spot any clues about two missing children whose mother has been brought back to Idaho to face charges.

Police in the small town of Rexburg, Idaho, where the children were last known to be living, have said they “strongly believe that Joshua and Tylee’s lives are in danger.” They also say Vallow, 46, and her husband, Chad Daybell, have repeatedly lied about the children’s whereabouts.

Vallow’s estranged husband, Charles Vallow, was shot and killed by her brother Alex Cox in Phoenix last July. Cox, who said the shooting was in self-defense, died of unknown causes in December.

In August, Vallow moved from Arizona to Idaho, where Daybell lived with his wife, Tammy Daybell. She died in October. Her obituary said the death was from natural causes, but law enforcement became suspicious when Chad Daybell married Vallow just two weeks after Tammy’s death.

Tammy Daybell’s remains have been exhumed, but the autopsy report has not yet been released. Toxicology results on Cox also are not public yet.

Law enforcement escorted Vallow back to Idaho on Thursday and she's due in court Friday. Vallow's attorneys, Brian Webb and Edwina Elcox of Eagle, could not be immediately reached for comment.

The Rexburg Police Department and the FBI are asking anyone who visited Yellowstone on Sept. 8 to share any photos or videos of their trip with law enforcement.

Investigators are particularly looking for anything that may show Vallow, her brother, Cox, the children or a silver 2017 Ford F-150 pickup with Arizona license plate CPQUINT, which the group was driving in Yellowstone, according to an FBI statement.

“Law enforcement is seeking photos and video which may have captured images of these persons and the vehicle, or images of crowds and other park visitors where these individuals may be present,” the statement said.

Photos and video can be uploaded at FBI.gov/Rexburg.

Investigators are preparing in case of a break in the case: The FBI brought a mobile command unit to Rexburg on Monday. The command center, which is similar to large recreational vehicle outfitted with crime processing equipment, is providing logistical support to local authorities.

Rexburg police first questioned Vallow and Daybell about the missing kids in late November, but when detectives returned the next day, the couple had left town. They asked Hawaii authorities for help finding them.

Vallow reportedly believes she is “a god assigned to carry out the work of the 144,000 at Christ’s second coming in July 2020,” according to divorce documents that Charles Vallow filed before his death.

She and Daybell were both involved in an Idaho-based group that promotes preparing for the biblical end times. 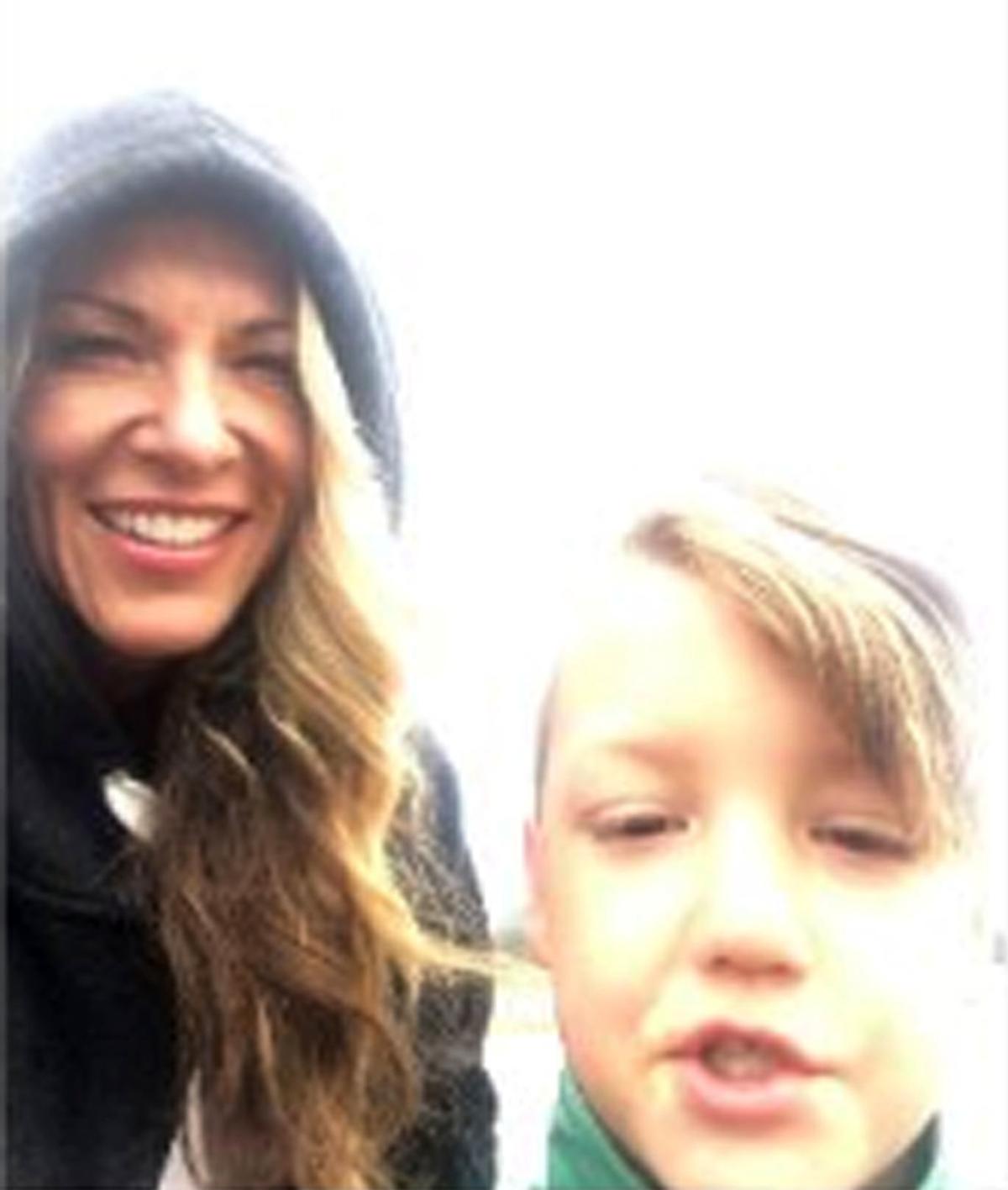 In this Sept. 8, 2019, photo released by the Federal Bureau of Investigation, is Lori Vallow and her 7-year-old son JJ Vallow in Yellowstone National Park. 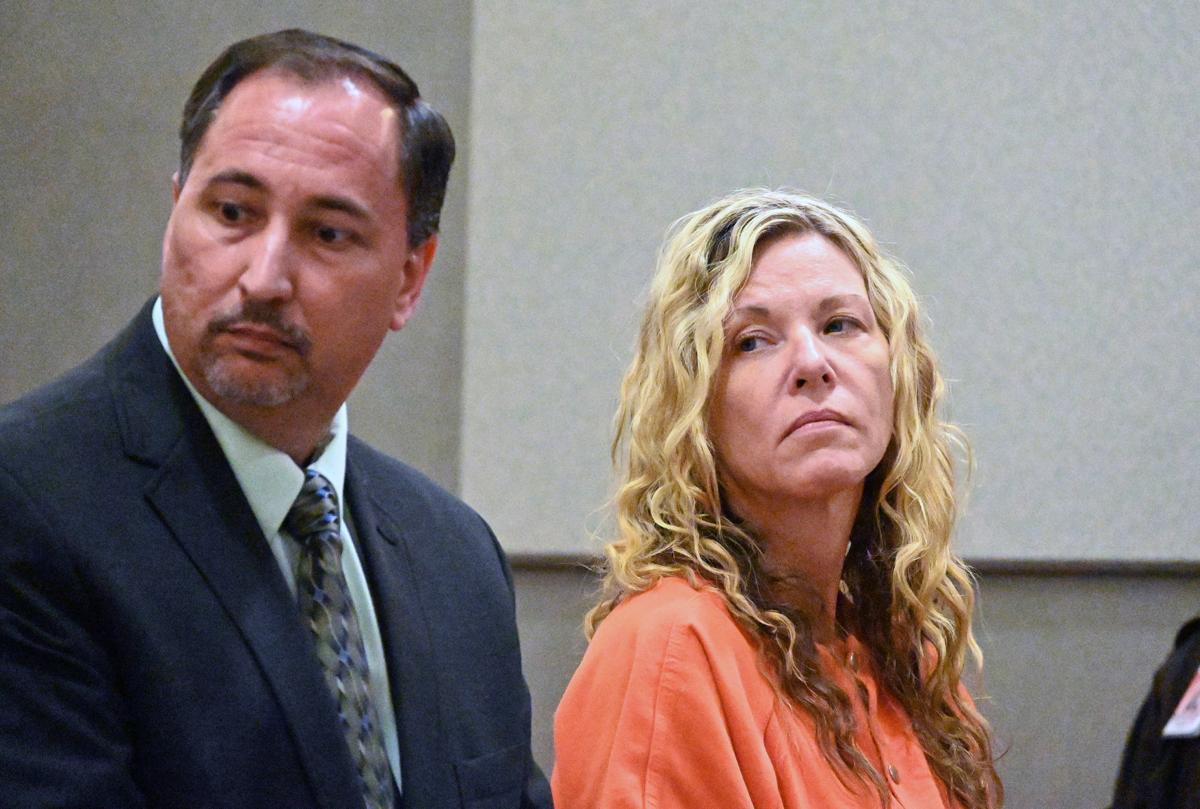 In this Feb. 26, 2020 file photo, Lori Vallow appears in court in Lihue, Hawaii A judge ruled that bail will remain at $5 million for Vallow, also known as Lori Daybell, who was arrested in Hawaii over the disappearance of her two Idaho children. 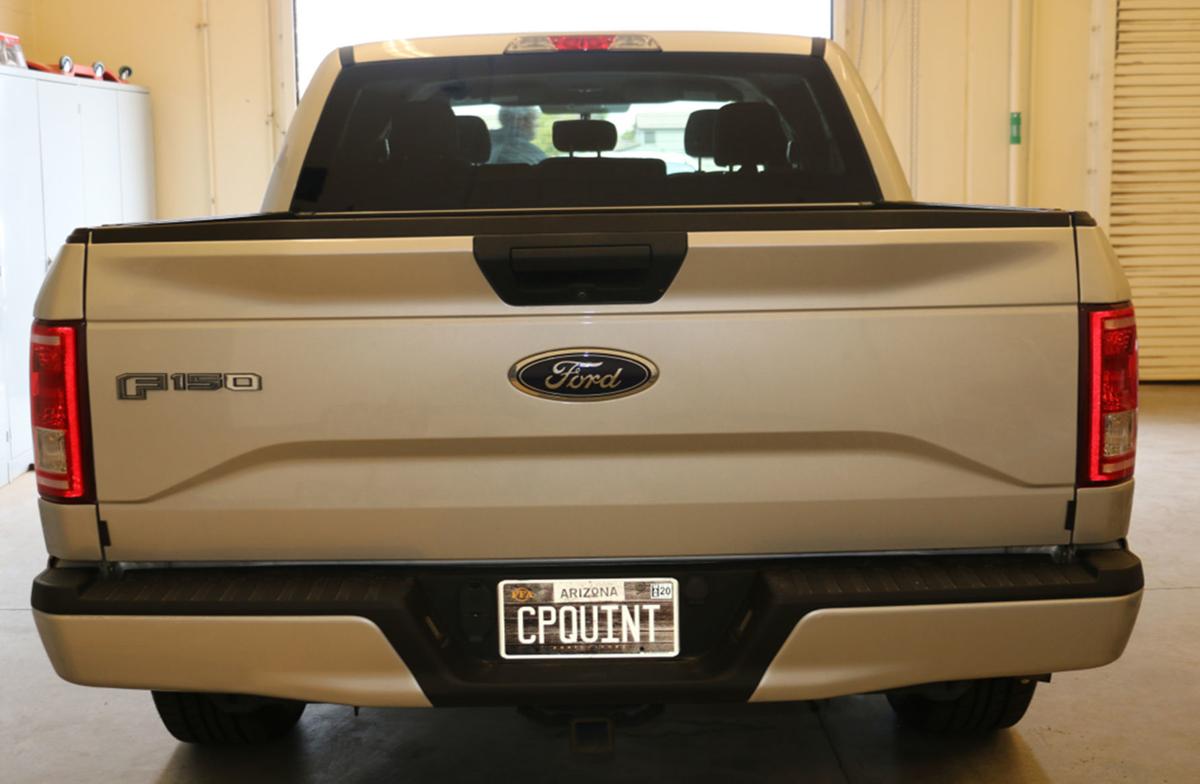 This undated photo, released by the Federal Bureau of Investigation, is a silver 2017 Ford F150 pickup truck with Arizona license plates CPQUINT that Lori Vallow and her children were seen traveling in during a visit to Yellowstone National Park. Vallow is expected to be sent from Hawaii to Idaho to face charges in the disappearance of her young son and teenage daughter. Vallow was arrested in February 2020 in Hawaii on felony charges of child abandonment in Idaho. She's being held on $5 million bail, and her first court appearance in Idaho is Friday, March 6. 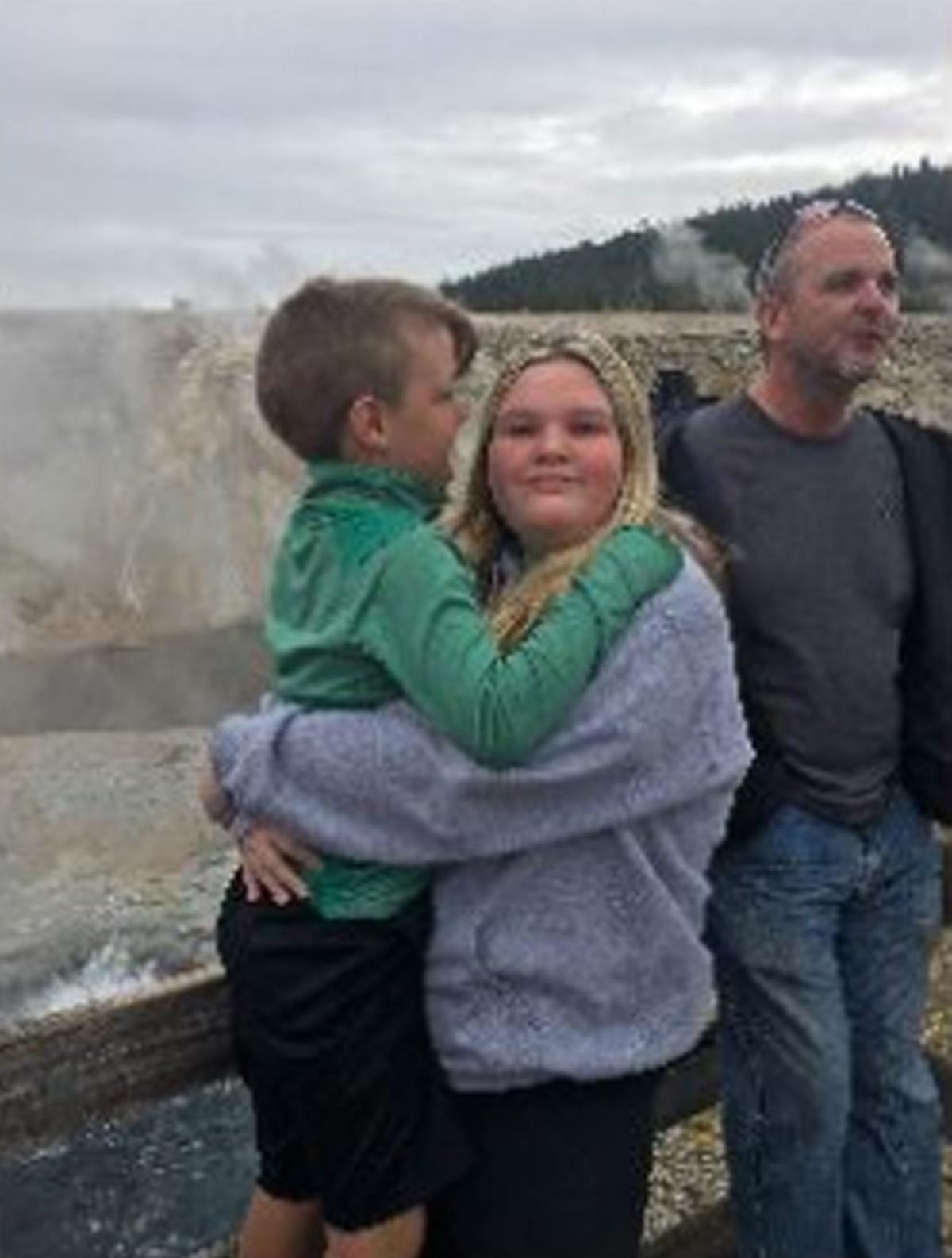 In this Sept. 8, 2019, photo released by the Federal Bureau of Investigation, is 7-year-old JJ Vallow with his sister, 17-year-old Tylee Ryan and their uncle, Alex Cox, in Yellowstone National Park. 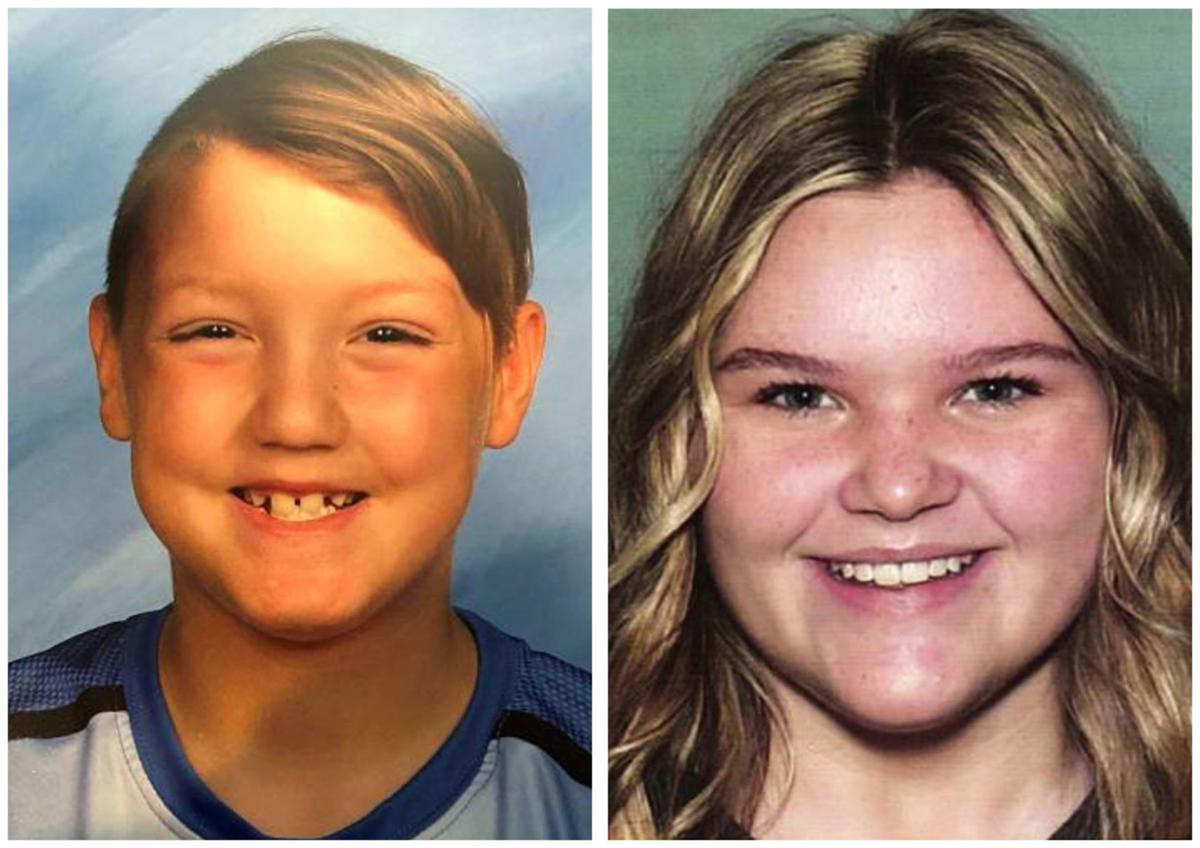 This combination photo of undated file photos released by National Center for Missing & Exploited Children show missing children, Joshua Vallow, left, and Tylee Ryan. A judge ruled that bail will remain at $5 million for Lori Vallow, also known as Lori Daybell, who was arrested in Hawaii over the disappearance of her two Idaho children. Vallow is expected to leave Hawaii Wednesday, March 4, 2020, to return to Idaho to face charges over the disappearance of her young son and teenage daughter.