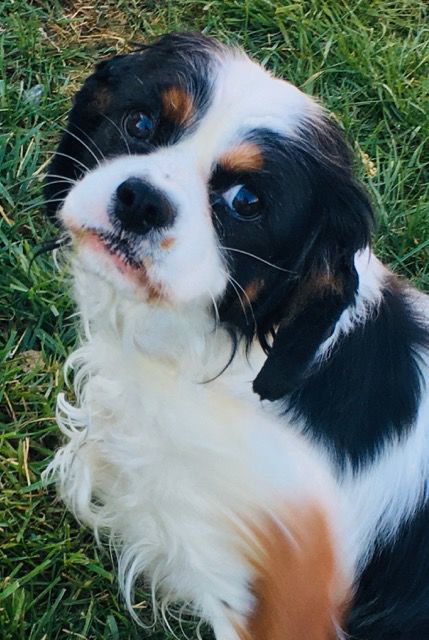 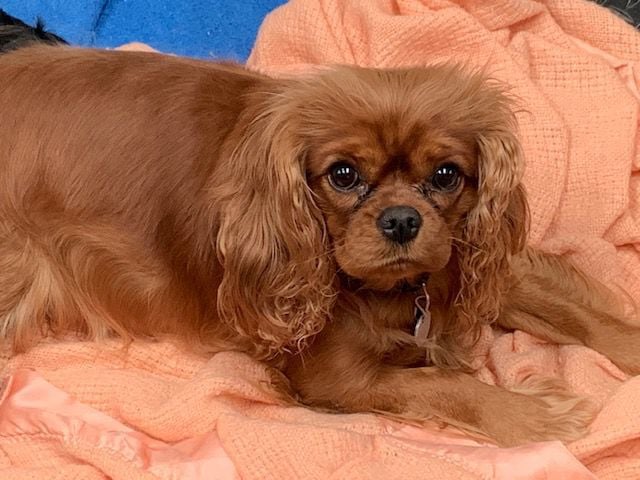 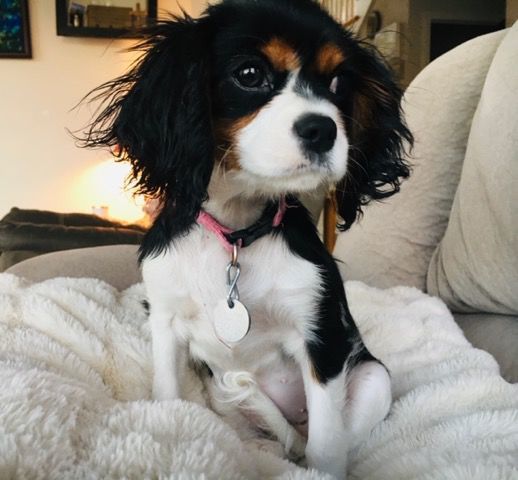 One of the 80 Cavalier King Charles Spaniels that was seized from a home in Roberts on Aug. 6, 2019.

Carbon County now owns more than 80 dogs seized from a home in Roberts in August and plans to adopt the dogs out and collect the adoption fees in an effort to curb the cost of caring for the animals.

Carbon County officials announced the agreement with the owners in a Tuesday press release, saying it "prioritizes the well-being of the dogs through the adoption and re-homing of the animals, but also provides for payment of restitution to the county.”

On Aug. 6, about 58 Cavalier King Charles spaniels, a popular “toy” breed, were taken from a property in Roberts after deputies searched the home on a warrant related to animal cruelty and other charges. The dogs were seized as evidence, and the county was then responsible for taking care of them.

No arrests have been made and no charges have been filed, Carbon County Attorney Alex Nixon said Tuesday. Nixon did not identify the dogs’ owners, saying their attorney wanted the opportunity to comment. The county settled for a deferred prosecution, meaning it won't prosecute the owners as long as the owners comply with the county's terms. The agreement keeps the incident out of criminal court.

“It was really done with the interest of the animals and just getting them into situations where they’re going to be in a good home,” Nixon said.

The agreement transfers ownership of the dogs to the county to be placed in new homes, Nixon said. The county can then get a form of restitution through the dogs’ adoption to help offset the $50,000 the county has spent caring for the animals.

According to a press release by the sheriff's office on Aug. 9, law enforcement discovered "extremely crowded and filthy conditions inside the house.”

Carbon County Sheriff Josh McQuillan said that about $50,000 of the county’s budget has been spent caring for the animals and about 80 dogs are being put up for adoption after a few mothers gave birth while in custody of the county.

The money comes from the sheriff’s office budget and the overall county budget. The county saves up for situations like this, McQuillan said, and officials even increased funds for this year’s budget from previous years. However, it’s still not enough.

The sheriff's office isn’t able to buy equipment that it wants to update this year because of the money spent on the dogs.

The county worked with Red Lodge's Beartooth Humane Alliance to care for the dogs, McQuillan said, with the county footing the bill and accepting donations toward the added cost of the dogs.

Diane Zook, executive director of the Beartooth Humane Alliance, said that the organization was notified on Aug. 4 about dogs escaping into the city from the home.

Once the dogs were seized through a warrant, they were taken to the agricultural building at the Carbon County fairgrounds where they were cared for by three staff members through the alliance and 175 volunteers.

About 11 puppies were born during the first week they were seized, Zook said. Over time, there was a total of 82 dogs, 25 of them newborn puppies.

“This was a brand new experience for us, especially in this magnitude,” Zook said.

The staff and volunteers spent about 13 hours per day with the dogs, going through about 1,100 pounds of dog food.

About 146 people are on a wait list to adopt, with adoptions already happening, Zook said.

“People had read about this nationwide,” Zook said. “We had donations coming in from 13 different states and one from Canada.”

During the snowstorm the week of Oct. 7, the dogs were moved to two local veterinary boarding facilities, Grizzly Peak Animal Hospital and Beartooth Animal Hospital in Red Lodge.

Zook said when the dogs were first seized, many of them had dental issues, parasites, ear infections and eye conditions.

Montana Mobile Veterinary Services from Joliet visited the dogs weekly, while other pet hospitals in Carbon County helped with urgent needs. Zook noted that while the dogs are in the county’s care and used as evidence during an investigation, certain medical issues could not be resolved, like dental work or spaying and neutering.

Now that the dogs are in better health, Zook expects all will be adopted by volunteers and those on the wait list.

“With the number of dogs we have already committed and then all of the other applications coming in, I think we’re pretty well wrapped up," Zook said. "We'll probably disappoint a lot of people, even through this process, because we don’t have enough dogs.”

Flathead County officials have released the name of a man who was shot and killed Sunday evening during a standoff with law enforcement officers who responded to a disturbance at a residence between Kila and Marion.

A Bozeman man who was initially charged with negligent homicide in the August death of his 7-month-old son has pleaded guilty to a lesser charge.

A Big Horn County man has been charged with felony sex crimes against a minor.

The Billings man accused in a homicide Friday on the West End told police he shot the man because he would not leave his home. 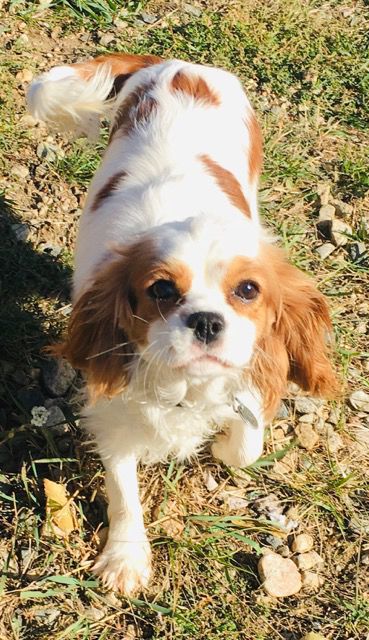 One of the 80 Cavalier King Charles Spaniels that was seized from a breeder in Carbon County in August.

One of the 80 Cavalier King Charles Spaniels that was seized from a home in Roberts on Aug. 6, 2019.