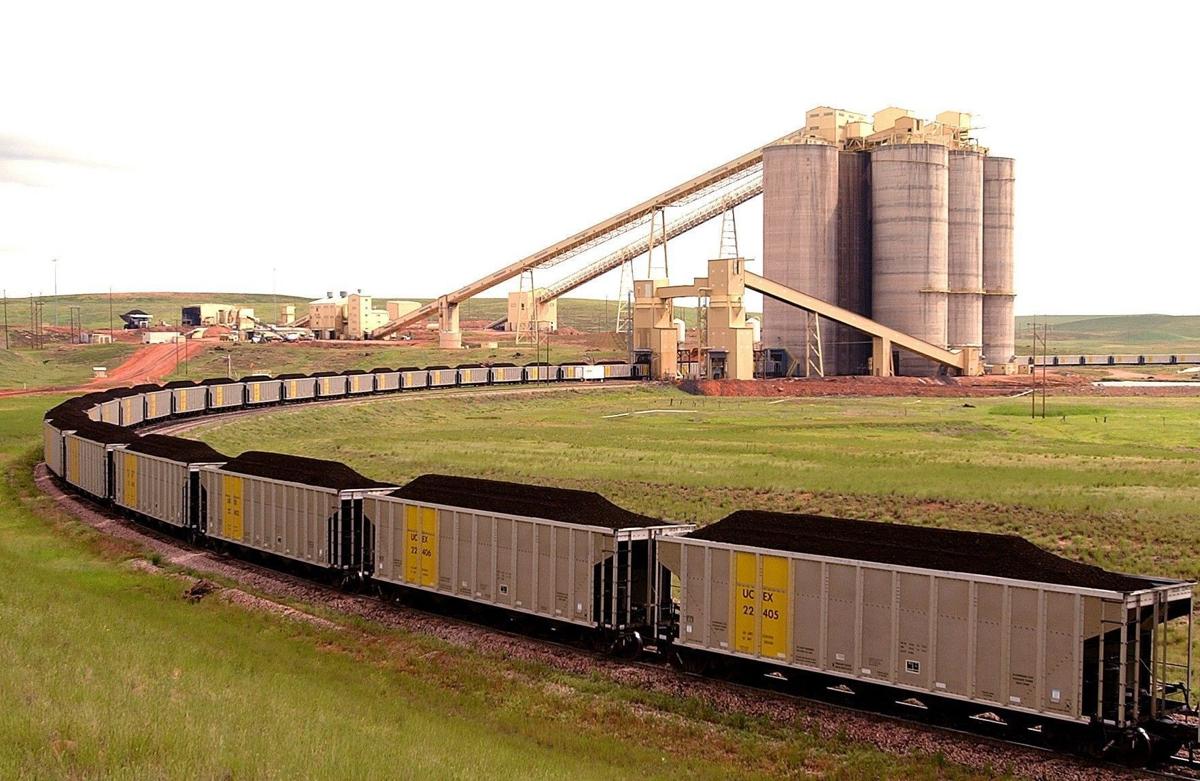 A coal-hauling train is loaded at a strip mine in Wyoming. 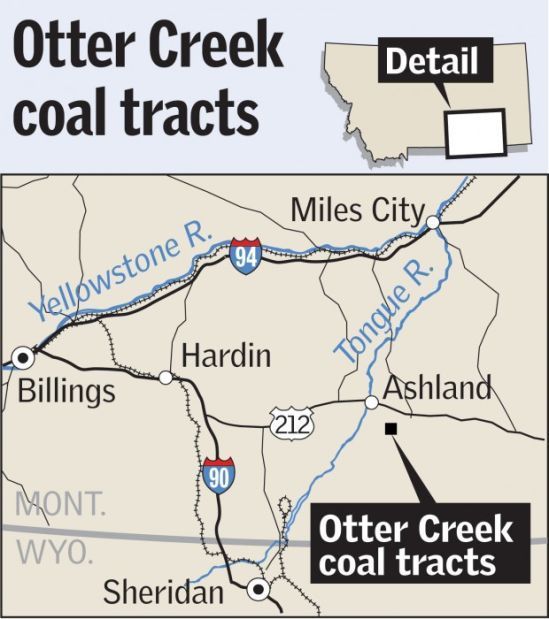 A coal-hauling train is loaded at a strip mine in Wyoming.

A coal company holding state leases in southeastern Montana has stopped communicating with the state, leaving agencies in the dark about future mining plans or whether the leases will be sold, officials told the Montana State Board of Land Commissioners Monday.

The Montana Department of Natural Resources and Conservation and the Montana Department of Environmental Quality came before the board to update commissioners on the Otter Creek coal leases south of Ashland. The leases are held by a subsidiary of Arch Coal Company, which ceased pursuit of a mining permit after declaring bankruptcy.

The state acquired more than 7,000 acres of coal reserves in 2002 in an exchange with the federal government. In 2010, the Land Board approved a bid from Arch Coal for a 10-year lease. That bid included a nearly $86 million bonus paid to the state.

The proposed mine has been controversial since its proposal, including fierce opposition from conservation groups, some tribal members and area landowners.

In addition to larger concerns about burning coal, more specific environmental opposition arose around impacts to Otter Creek and construction of the Tongue River Railroad. The $400 million railroad, which was also suspended, would cut through agricultural land and link mines from Wyoming and Montana to West Coast terminals and transport to Asia.

A 2010 lawsuit filed in opposition to the mine was resolved in 2012 in favor of the state. The 10-year lease that would have expired in 2020 was extended until 2022 because of time lost during litigation.

As Arch Coal moved through the permitting process, it ran into financial trouble as coal prices dropped and it amassed billions in debt.

“By March 2015, that’s when the wheels started to sort of fall off the wagon,” Monte Mason, DNRC minerals management bureau chief, told the Land Board Monday.

“We made repeated efforts to contact the company, a little over a year later we’d had no response,” said Tom Livers, DEQ director.

The last communication came in October 2016, when Arch Coal requested and received return of its $21,000 prospecting bond. The company suspended its application but has continued to pay about $25,000 annually to hold the lease. That maintains the contract in good standing, but has left the state with questions about future intentions for mining and who would buy the coal given a softening domestic coal market and a projected long-term decline globally.

“Arch can no longer devote the time, capital and resources required to develop a coal mine on the Otter Creek reserve,” the company said in a 2016 press release announcing the suspension.

Arch Coal has not had a dialogue with the state since emerging from bankruptcy in 2016, officials said, including no response to an invitation to appear before the board on Monday.

DNRC Director John Tubbs told the board that Arch Coal has not recovered to the point of developing new mines, adding that the state is left with the question of whether the company intends to restart the permitting process or transfer or sell the permit to another entity.

While some analysis could be used in permitting another company, much of the data is company-specific and permitting the railroad would essentially start from scratch, officials said.

A request for comment from Arch Coal was not returned in time for this story.

Democratic Gov. Steve Bullock, who chairs the Land Board, put Otter Creek before the board as an informational item at the request of Republican Secretary of State Corey Stapleton and the encouragement of other Republicans on the board. In response to a request for comment, Bullock’s communication’s director said state agency testimony covered the administration’s position.

In a newsletter from his office, Stapleton had criticized the board’s agenda and suggested that it move on Otter Creek and other mineral extraction as a means of generating state revenue.

“From a fiduciary standpoint, from that vantage alone I think it was a good hearing so we set the baseline for the new board,” he said in an interview, adding that many commissioners have been involved in some capacity for a number of years. “I did get the sense that the agencies have kind of closed the book on it, which I think is a little premature.”

Arch Coal’s absence from the hearing was notable, he said, adding that it is difficult to fault state agencies when one party is not talking. Stapleton noted his frustration that while coal will continue to be a global source of energy, Montana may miss a financial opportunity due to inaction.

“At the same time there’s a broader interest in all of us with making good on that investment promise,” Stapleton said, and that may include Arch Coal selling its interest to someone who will bring the mine to fruition. “Globally, supply is increasing even as it’s decreasing domestically. I want to focus on the 20 years or so we have to realize billions of dollars in revenues, so yes we need to mine it and yes, we need to have conversations about how to bring it to market.”

Teens take over the Capitol: Montana students experience what it's like to run the state

The Montana Capitol is again bustling with legislative activity, though none of the people debating and signing bills have won a state electio…

We will all be better off when people in charge in our government place far more emphasis on clean energy, including solar, wind and advanced nuclear power, and de-emphasize fossil fuels. That, of course, means discounting self-serving inputs from those with vested interests, such as the Koch Brothers.

Better yet let’s convert our nuclear subs to coal

Obama did nothing to the coal industry. His clean air initiative was never put in place. Natural gas prices and lack of demand has caused less use of coal. It is the “free market” economy... supply and demand.

Not to worry TT, Trump is bringing back the coal jobs ( believe me!) Also we should replace all our locomotives with coal fired steam engines.