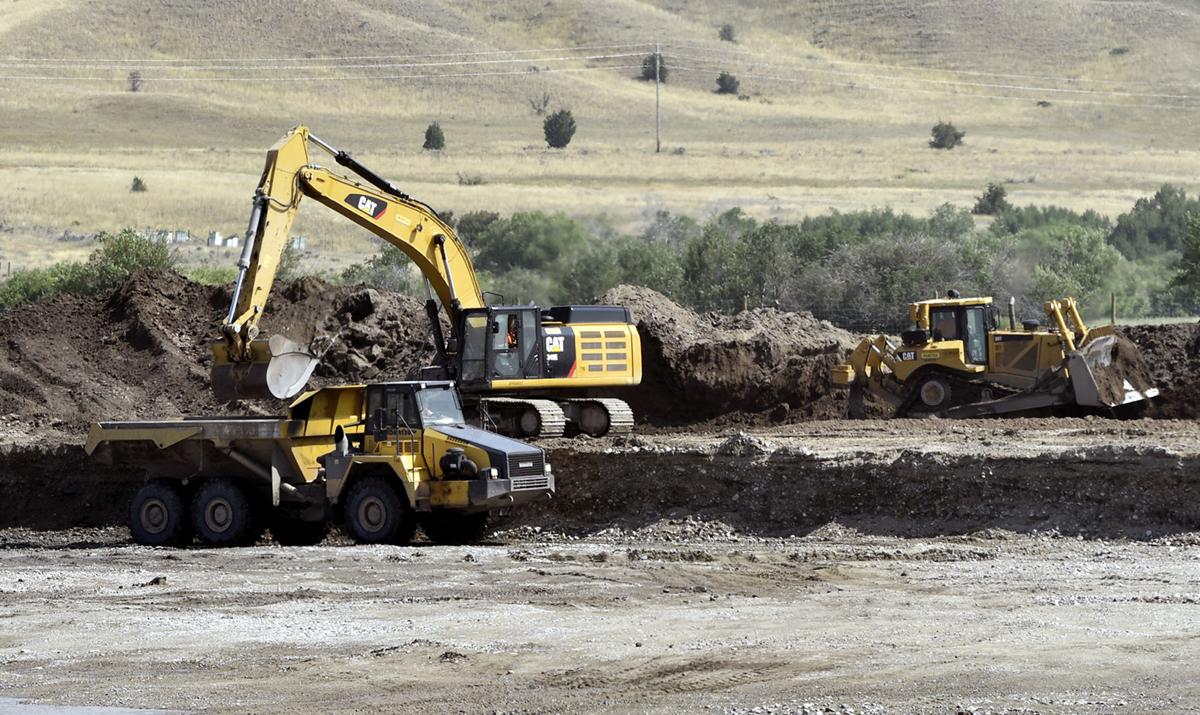 Excavators remove clean gravel to rebuild a new floodplain in the upper Clark Fork River above Deer Lodge in 2014. The area between Warm Springs and Garrison suffered from a century of mine waste contamination that’s now getting repaired. 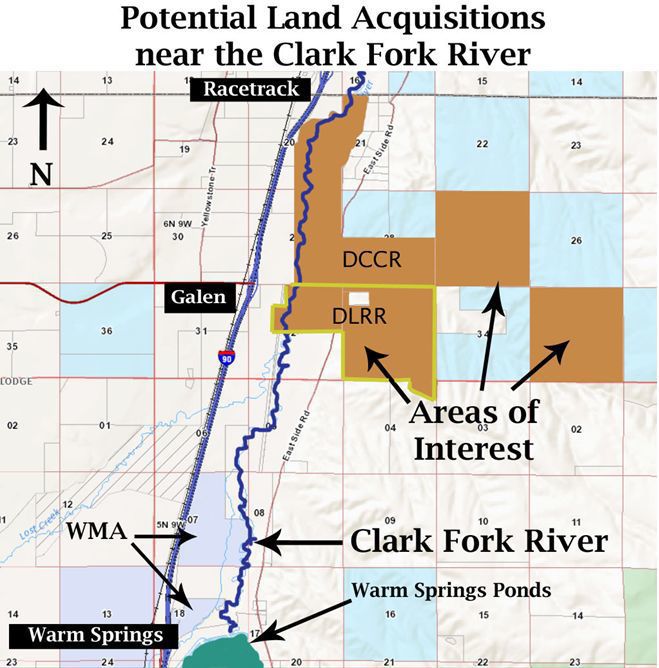 After more than a decade demonstrating how river restoration and agriculture can coexist, the Clark Fork Coalition wants to let go of its ranch near Deer Lodge.

In a complex deal before the Montana Natural Resource Damage Program (NRDP), the Missoula-based conservation group plans to buy a neighboring ranch, combine it with its Dry Creek Ranch, place conservation easements and public access on the land, and then sell it to a private buyer.

The result, according to CFC Executive Director Karen Knudsen, would be permanent public access to 5.5 miles of rehabilitated Clark Fork River and 3,396 acres of the Deer Lodge Valley bordering state and federal public land while keeping the working ranch viable.

“Proceeds from the sale will go back to the (Montana) Natural Resource Damage Program to feed into its restoration funds,” Knudsen said. “We get the satisfaction of protecting conservation investments in the long term, and also get reimbursed for some of our management activity that we did to prepare the ranches for sale after getting the conservation easements down.”

CFC has a minority interest in the Dry Cottonwood ranch with two of its board members. CFC founding members Kathy and Wayne Hadley own the adjacent Deer Lodge River ranch. Knudsen said all the owners are nearing retirement age but wanted to find ways of keeping the land in the agricultural tradition of the Deer Lodge Valley.

“The Clark Fork Coalition is buying both ranches entirely, and then uniting them,” Knudsen said.  “We plan to sell them to a local rancher, with the price knocked down considerably because of the conservation terms. That increases the likelihood it will stay local.”

The Upper Clark Fork Basin has a 15-phase cleanup effort going on to remove mine tailings that got deposited along the river after a 1908 flood (which also dumped millions of tons of toxic sediment behind the former Milltown Dam east of Missoula). The CFC-connected ranches are among the first to get completed cleanups.

Montana Department of Environmental Quality workers removed 533,000 cubic yards of heavy metal-contaminated soils along five miles of river corridor bordering the ranches. The shorelines have been replaced with new vegetation and other materials to restore habitat for birds and fish.

Another part of the deal will ensure part of the ranches' water rights are retained as instream flow for the river's water levels.

Both NRDP and Montana Fish, Wildlife & Parks officials must review the deal. NRDP’s Trustee Restoration Council meets on the matter Thursday from 1 p.m. to 3 p.m. in Helena. FWP has a public comment period open until July 13, and will host a public hearing on its analysis June 26 in Deer Lodge.

Preliminary appraisals value the Dry Creek Ranch at $4.1 million and the Deer Lodge River ranch at $1.08 million. Money for the purchase would come from the Upper Clark Fork River Basin Restoration Fund and the Clark Fork River Restoration Plan Fund. Those accounts hold money from a state settlement with the corporations responsible for cleaning up toxic mine deposits from Butte and Anaconda.

No FWP money would be going into the land purchase. The agency could be responsible for adding fishing or boating accesses and monitoring hunting activity on the ranches.

Montana Fish, Wildlife & Parks will hold a public hearing on a proposal to manage public access to the Dry Cottonwood Creek and Deer Lodge River ranches near Galen on June 26 at 7 p.m. in the Deer Lodge Elks Lodge, 230 Main Street. A draft environmental assessment on the proposal is available at fwp.mt.gov or online here.

The pandemic in Montana continues to surge as the number of new COVID-19 cases reported on Saturday hit a new high.

"... the content of a man's character or a woman's character to serve in that capacity is more important than any other issue that I have to consider as a matter of conscience," former Republican Gov. Marc Racicot said Tuesday evening on Home Ground.

Montana reported another 321 COVID-19 cases and three more deaths Tuesday, according to the state's case mapping and information website.

Another 306 COVID-19 cases were reported by the state Monday morning, including a COVID-19-related death.

The sustained spike in new COVID-19 cases in Montana shows no sign of slowing, according to Friday's daily report from state health officials.

A court has ruled that all ballots postmarked on or before Election Day will be counted for the November election only.

As Montana recorded another new record high number of COVID-19 cases Wednesday, Gov. Steve Bullock and doctors in Helena and Bozeman raised alarm over trends they said could put hospitals over capacity.

Together, Steve Daines and Greg Gianforte form a powerful political alliance on the cusp of dominating Montana politics for years to come.

Excavators remove clean gravel to rebuild a new floodplain in the upper Clark Fork River above Deer Lodge in 2014. The area between Warm Springs and Garrison suffered from a century of mine waste contamination that’s now getting repaired.