A major cold snap that that sent temperatures across central and southwest Montana plummeting set a number of all-time records for the month of March.

On Monday, Elk Park north of Butte officially set the all-time March record for the state at 46 below zero, but it was far from the only location recording an all-time low.

Also on Monday, officials with the National Weather Service in Great Falls said preliminary readings put Helena's low at minus 29. That has since been updated to 30 below zero, which ties the all-time March mark set in 1955.

Yes, it was that cold.

For the second day in a row, Helena set a low temperature record Tuesday.

On Wednesday afternoon, Jen Gursky was still wearing the boots she put on when the boiler at Helena's YWCA building went out at 1 a.m. that morning.

Hundreds of Helena-area homes without water as service lines freeze

Kathryn QannaYahu said she feels like she’s camping in her own home. 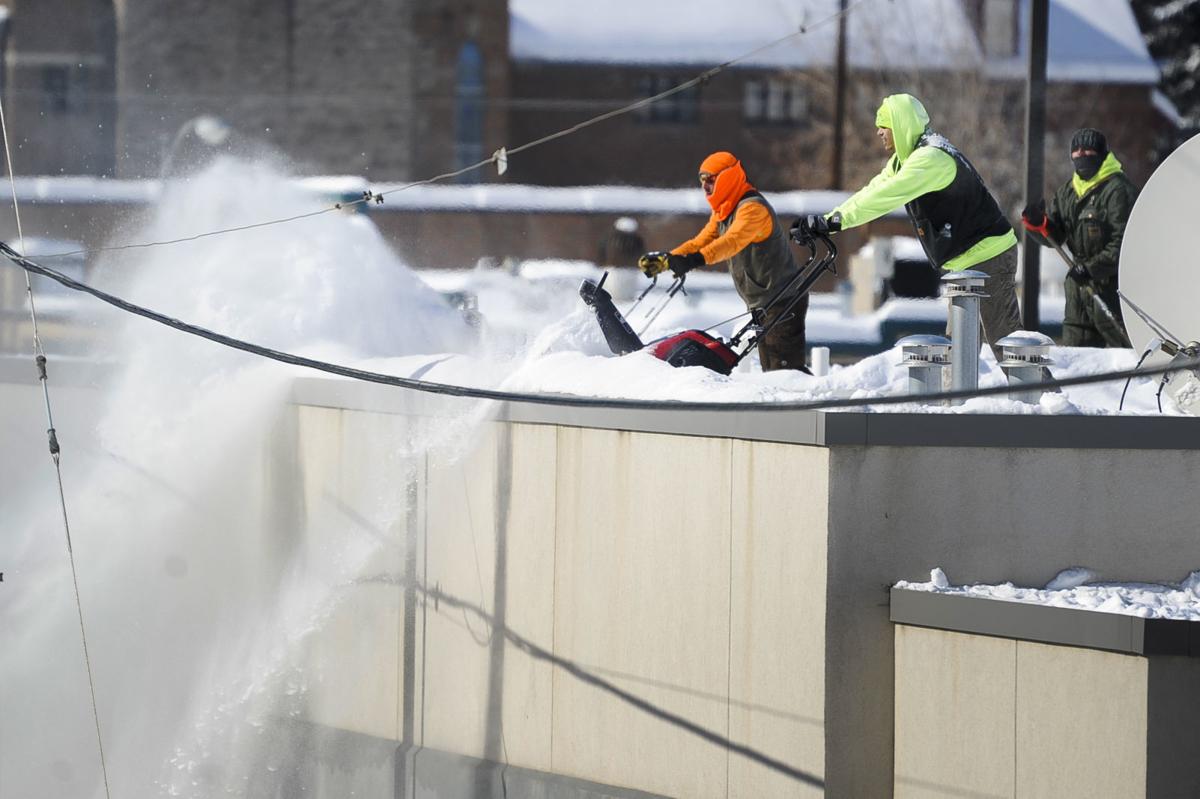 A team of snowblowers work to clear snow off the roof of the downtown post office Monday afternoon.