Braves vs Astros: A World Series six decades in the making 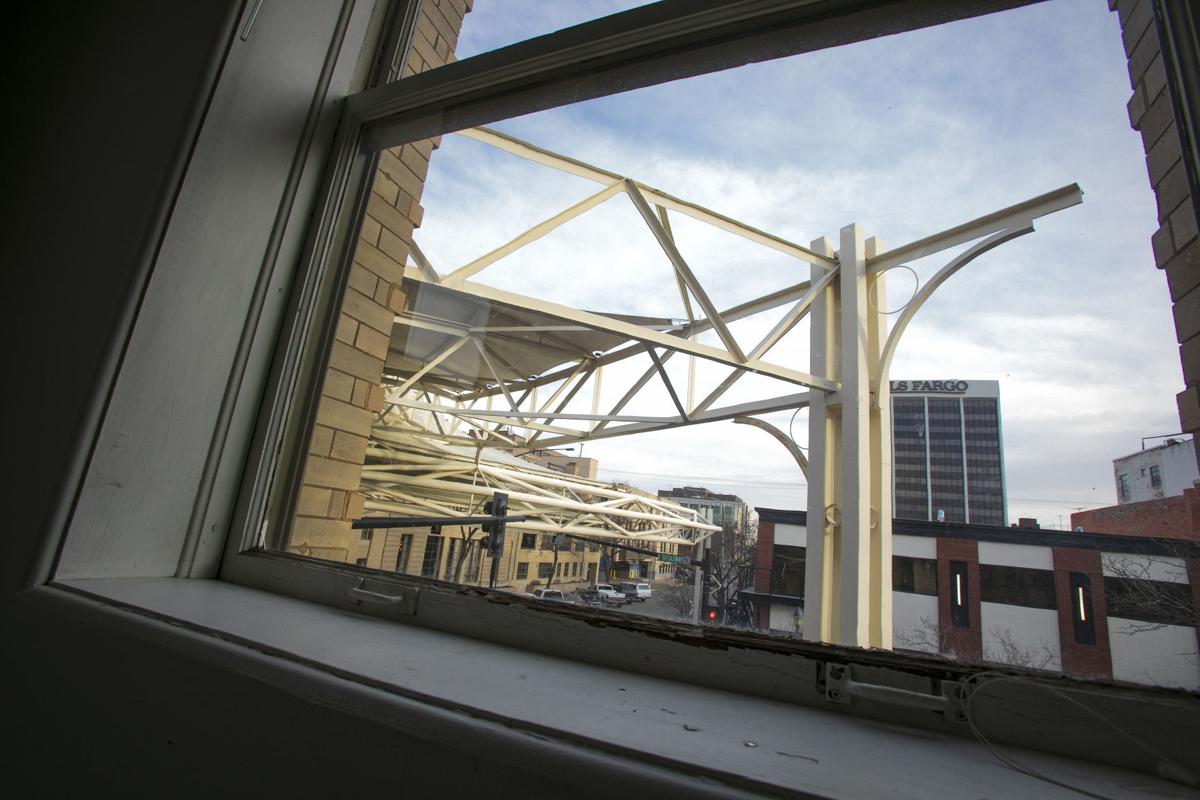 Skypoint looms outside the window of an upstairs apartment at the Babcock Building Friday, Jan. 15, in downtown Billings. 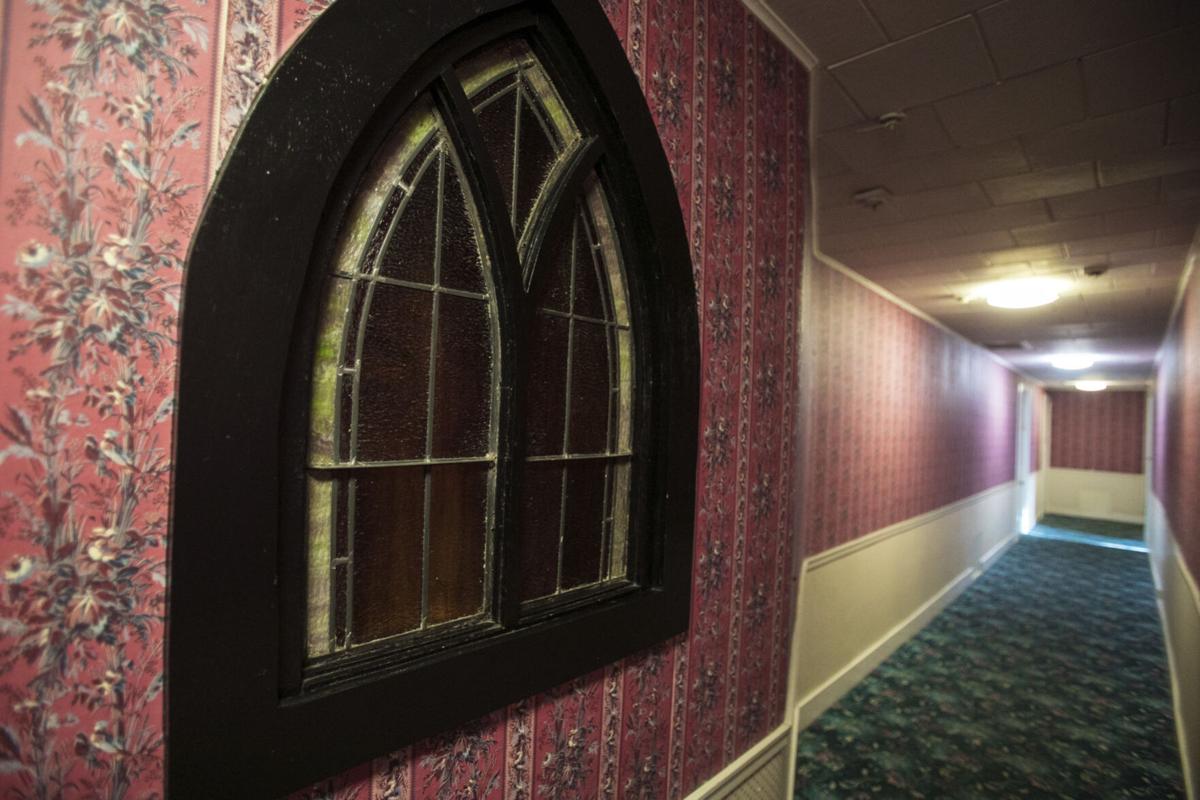 An old stain window is in the upstairs hallway of the Babcock Building Friday, Jan. 15, 2021 in downtown Billings. 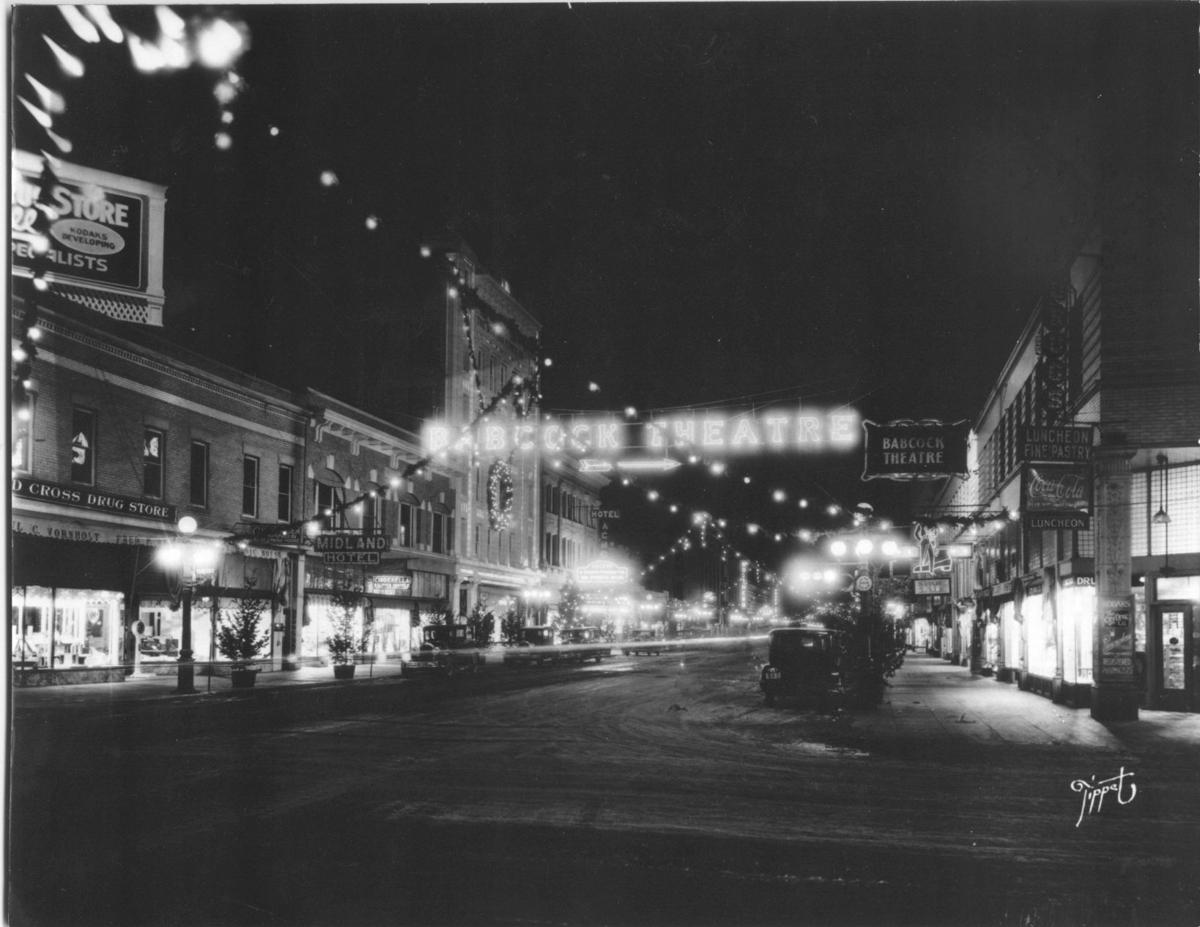 The Babcock Theatre on a winter night in the 1920s in downtown Billings.

By the time Ruth Moss decided to sell the Babcock building in downtown Billings in 2008, the structure was nearly derelict.

For years, the Babcock Theatre on the ground floor had hosted weekly boxing matches and was rundown. The dozen or so apartments upstairs were vacant, most of them in a genuine state of deterioration. Only two of them were still occupied.

More than a decade later and the building has a become a small pulse of vitality in Billings' burgeoning downtown scene. In 2013, the building was added to the National Register of Historic Places.

"With the assistance of Art House Cinema, the theater is in the best condition it's seen for 60 years," said Don Olsen, one of the building's owners. "The retail and apartments which were mostly vacant are now fully occupied and a vibrant addition to downtown."

Olsen, along with his wife Kim Olsen and a pair of investors, decided earlier this month it was time to sell. The Olsens own O2 Architects and, along with running that business, have spent the last 12 years pouring time, energy and resources into restoring the Babcock building and renovating its apartments.

"We think we accomplished the task we've been given," he said.

In the early 2000s, the building was in such bad repair the Olsens worried it would be torn down. They saw the theater as a vital part of downtown Billings and an important part of the city's history. They believed they could save it.

Moss had inherited the Babcock building from her father, Hyme Lipsker, who purchased it from the Babcocks in 1924.

"She was sentimental," Don Olsen said of Moss. "She didn't want to sell."

But she was in her late 70s and the building was simply more than she could deal with. And so when the Olsens approached her in 2008 — it was their third time making an offer — she agreed to sell. She died shortly after.

With the purchase of the building, the Olsens and their two partners, Mike Mathew and Kay Foster, formed Babcock LLC and entered into a deal with the city to restore the structure, utilizing funds from the downtown tax-increment financing district, and then after an agreed-upon list of improvements, transfer the theater portion to the city.

"At the time, we were hoping it would become a community theater," Olsen said.

Instead, the city leased the theater to Art House Cinema, which updated the theater's visual and audio technology and opened it back up in 2018 as a movie house.

"That was a very good option," Olsen said, and praised the work that Art House has done with the theater.

Upstairs, the building's 14 apartments are rented and have helped the Olsens create affordable living space downtown, the one factor most developers and city leaders say is needed for revitalizing Billings' downtown.

"We haven't had a vacancy since we finished (restoring the building)," Olsen said.

It's a satisfying accomplishment and the Olsens are proud of what they and their partners have been able to do. Still, they recognize it's time to move on to other things.

"We're not eager to sell as we love the building and tenants," Don Olsen said. "And (we) don't need to sell as it has a strong cash flow. We just thought maybe it was time to sell, time for fresh energy."

NAI Business Properties has the listing and is handling the sale.

Photos: Inside the Babcock Building in downtown Billings

Photos: Inside the Babcock Building in downtown Billings

Skypoint looms outside the window of an upstairs apartment at the Babcock Building Friday, Jan. 15, in downtown Billings. 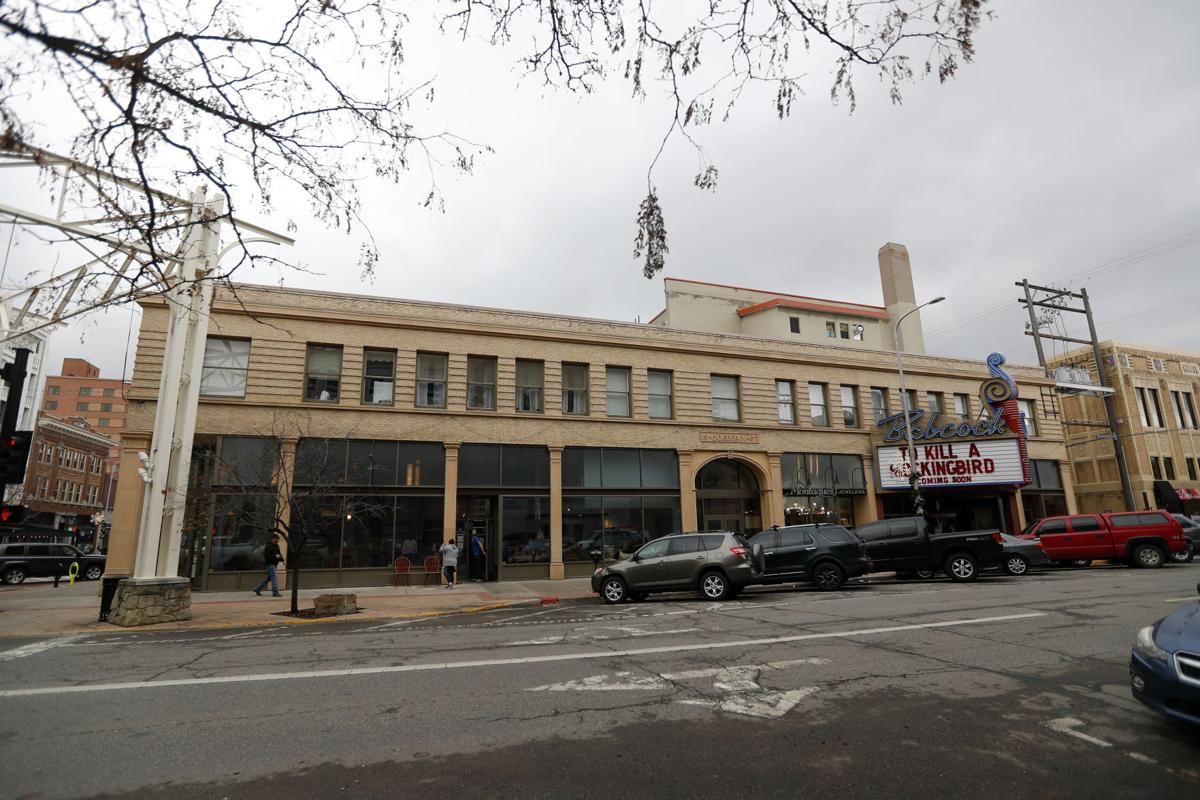 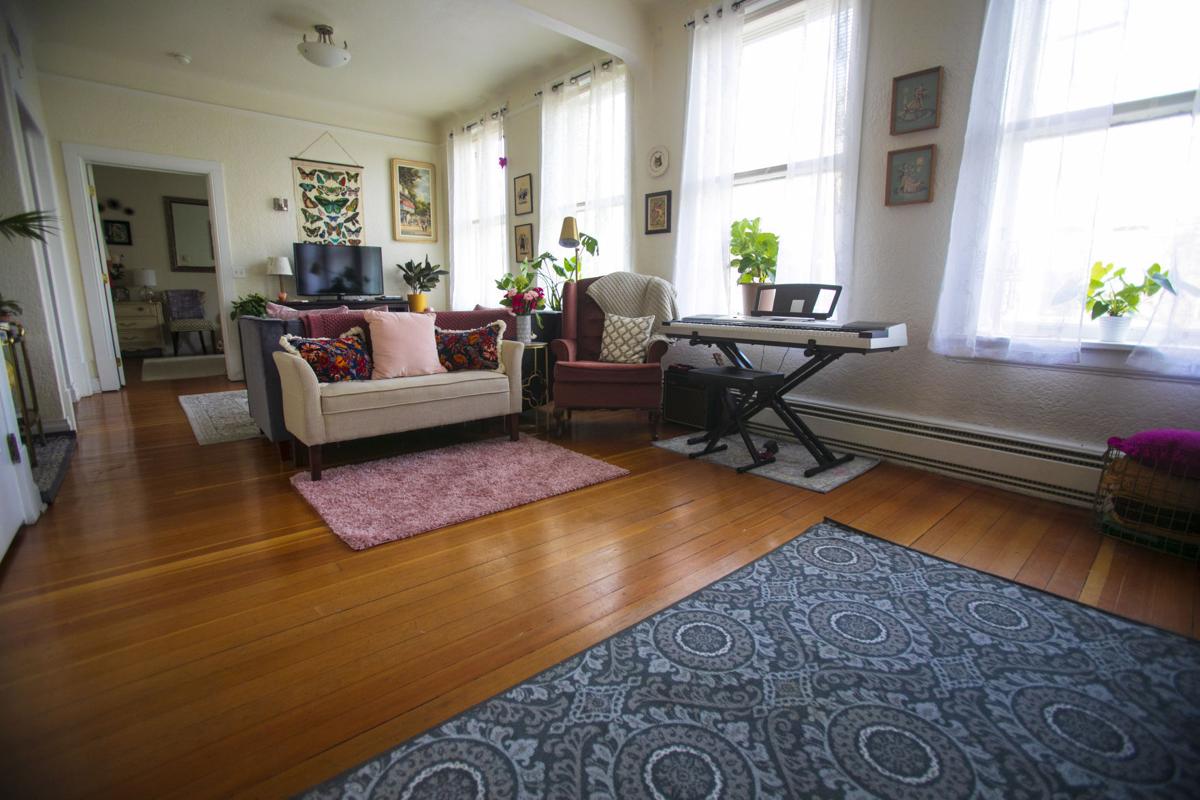 A renovated apartment at the Babcock Building Friday, Jan. 15, in downtown Billings. 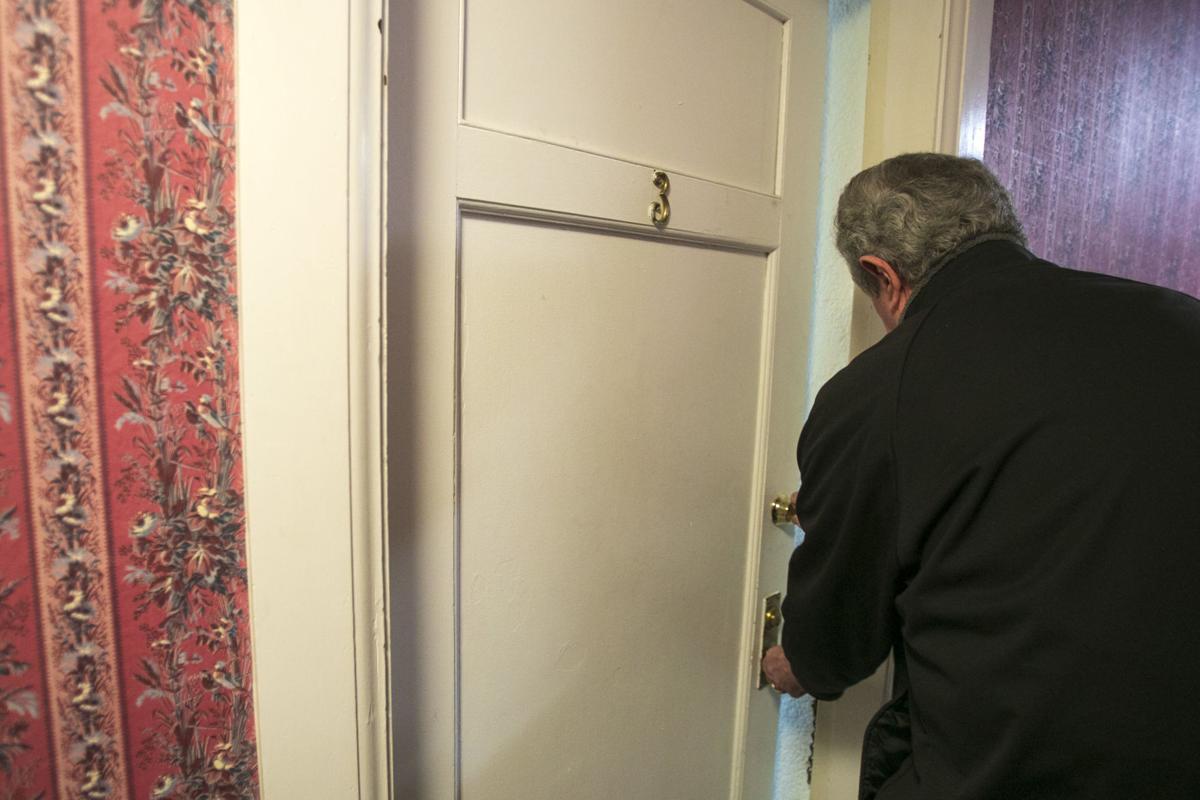 Owner Don Olsen opens up an apartment on the upper floor of the Babcock Building Friday, Jan. 15, in downtown Billings.

An old stain window is in the upstairs hallway of the Babcock Building Friday, Jan. 15, 2021 in downtown Billings. 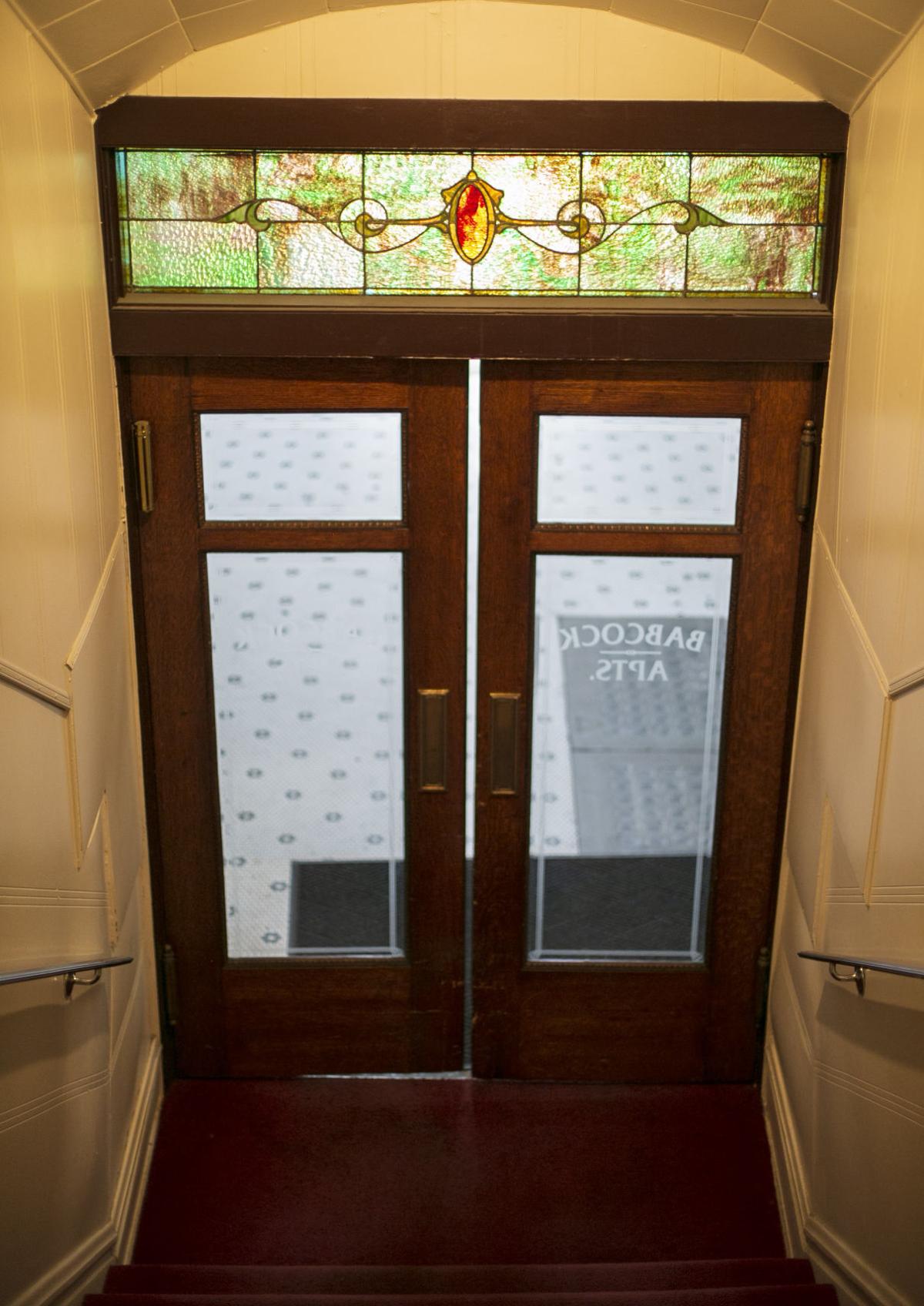 The door leading to the upstairs apartments of the Babcock Building are topped with stained glass Friday, Jan. 15, 2021 in downtown Billings.

The Babcock Theatre on a winter night in the 1920s in downtown Billings.