“If you look at the emails you don’t see a single landowner opposing it,” said Rep. Alan Redfield, R-Livingston, who spoke in support of the amended bill. “As a landowner, I want the option to do what I want,” although he added he wouldn’t participate in such a program.

House Bill 96, sponsored by Rep. Zach Brown, D-Bozeman, was developed by the Private Land/Public Wildlife Council — composed of a select group of lawmakers, landowners, outfitters and hunters — to give landowners, their immediate family members or full-time employees one free elk tag for every four public hunters the landowner allowed on his or her property.

But on Feb. 2 Rep. Kelly Flynn, R-Townsend, amended the bill in the House Fish, Wildlife and Parks Committee — where Flynn is the chairman — to broaden the measure’s scope.

After first failing to convince the House that the amendments should be dropped to honor the PL/PW Council’s original intent, Brown asked that the bill be removed from consideration.

“This bill has generated a lot of discussion because our hunting heritage in this state is sacred,” he said.

But as revised, the bill was deepening tensions between landowners and hunters, which the PL/PW Council was created to ease. His request passed by only four votes, with 48 legislators supporting the amended bill and 52 voting against it.

One of Flynn’s contentious amendments would have allowed a landowner receiving the free elk tag to give it to anyone.

“Now a landowner can transfer these elk licenses and permits to anyone, including nonresident hunters that would otherwise be purchasing out-of-state tags from FWP,” said Kathryn Qanna Yahu, a Bozeman hunting activist, in an email last week alerting hunters to the changes.

Flynn’s amended measure would not have allowed a landowner to receive any compensation — from free services to a new pickup — in exchange for providing the free license to the hunter of their choice. Brown’s bill said the landowners could not receive a fee for providing the license.

“Landowners can legally charge for access, it is their right,” Qanna Yahu wrote. “So either this restriction will be struck in another stage of the bill or if it passes, will be legally challenged in a court of law and struck, leaving us with ranching for wildlife.”

“It’s absolutely not ranching for wildlife,” Flynn told the Gazette on Tuesday, since any landowner participating would receive no payment under his amendments.

Ranching for wildlife is loosely defined as a program where landowners are allowed to sell hunting tags or licenses to clients for a fee. In Montana, wildlife is seen as part of the public trust, managed for the benefit of all the public, not to benefit certain individuals.

If a landowner took part in the program, under Flynn’s amendments they would not have been able to lease their lands for hunting to any individuals, outfitter or hunting club throughout the regular season.

Under Brown’s bill, a landowner could be enrolled in the state’s Block Management Program, which pays landowners a fee to allow public hunting. Flynn amended that portion of the bill to ensure the landowner isn’t paid a fee by the state for those hunters given free tags if they are not immediate family members or a full-time employee.

Flynn’s amendments also tried to ensure that the free licenses were not transferable and would not be sold to someone else. The names of the designees would have to be included in the agreement with Fish, Wildlife and Parks ahead of the season. Rep. Bob Brown, R-Thompson Falls, introduced an amendment Tuesday to remove that portion of the bill, but found little support from the full House as it was voted down 83-17.

Under Brown’s bill, all public hunters would have been selected to hunt the property through a random drawing.

Flynn also amended the bill to ensure the program would sunset after two years unless the Legislature chose to keep it alive.

“I tried to put in a lot of protections,” he told the Gazette.

The amended bill passed through the House Fish, Wildlife and Parks Committee on a one-sided 14-3 vote, which Brown said caught him off-guard. He said wildlife groups had assured him they had enough votes to kill the amendments. Yet even Brown voted for the changes.

“To be honest, I’ve never voted against my own bill before,” he said.

HB96 moved to the full House on Tuesday for its second reading.

The changes to the bill drew an immediate outcry from sporting groups who urged members to call their representatives to oppose the amendments, flooding legislators with emails.

“This is a step in the direction we don’t want to go,” said Joe Perry, one of 17 PL/PW members who helped devise the measure.

He said once the state allows the landowners to transfer the tags to anyone they choose it opens the system to abuse — such as payment under the table — which is difficult to monitor or enforce. Such a step is also not far from giving landowners free tags with no strings attached, Perry added.

Perry also objected to the alteration of any bill that was carefully crafted by a diverse group with varied interests that held several meetings — paid for by the sale of fishing and hunting licenses — to reach a “delicate consensus."

By Tuesday Rep. Brown was faced with trying to amend or kill his own bill.

“Part of my charge is to honor the hours of discussion” by the PL/PW, of which he is also a member.

Flynn said sporting groups and other opponents were overreacting to his amendments.

“Remember, the bill that came out of the PL/PW is still there,” he said. “It does give landowners another option” to provide public access.

“This is another option for providing access, which is one of the big issues for sportsmen,” Flynn said.

But Brown told the House that in this case “perception is reality."

“Folks who like to hunt and fish identified this as ranching for wildlife,” he said.

Following a rough year of delivery troubles, the U.S. Postal Service is poised for 10 years of restructuring including longer delivery times. That has letter carriers in Montana concerned.

“This doesn’t make sense in that I was vaccinated and I caught this. There was such a slight chance,” Bierbach said.

Red Lodge Search and Rescue has received a report of a Friday, July 2, sighting of a lone female hiker matching the description of Tatum Morell, the 23-year-old woman who remains missing.

Montana state Sen. Bryce Bennett, a Democrat from Missoula, is resigning his legislative seat to take a job with a national group that works helping voters learn how to cast their ballots early.

The state water planner said Montana's wettest month is normally June but this year it was abnormally hot and dry.

Man given possibility of parole for killings when he was 17

A Montana man who was serving a life sentence for killing three people when he was 17 now has the opportunity to seek parole. 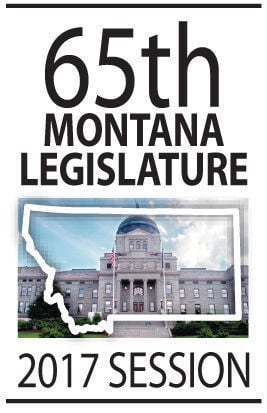 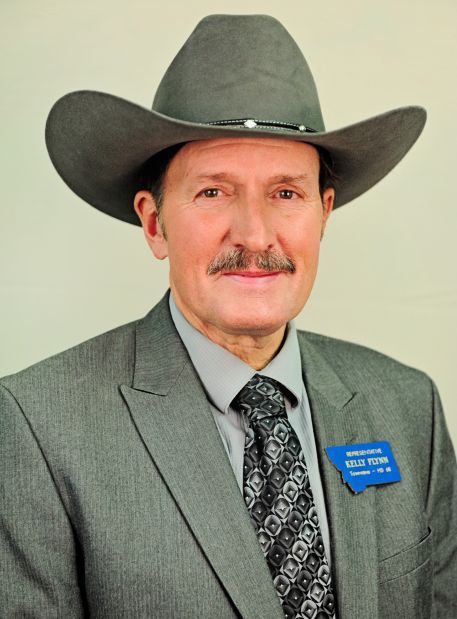 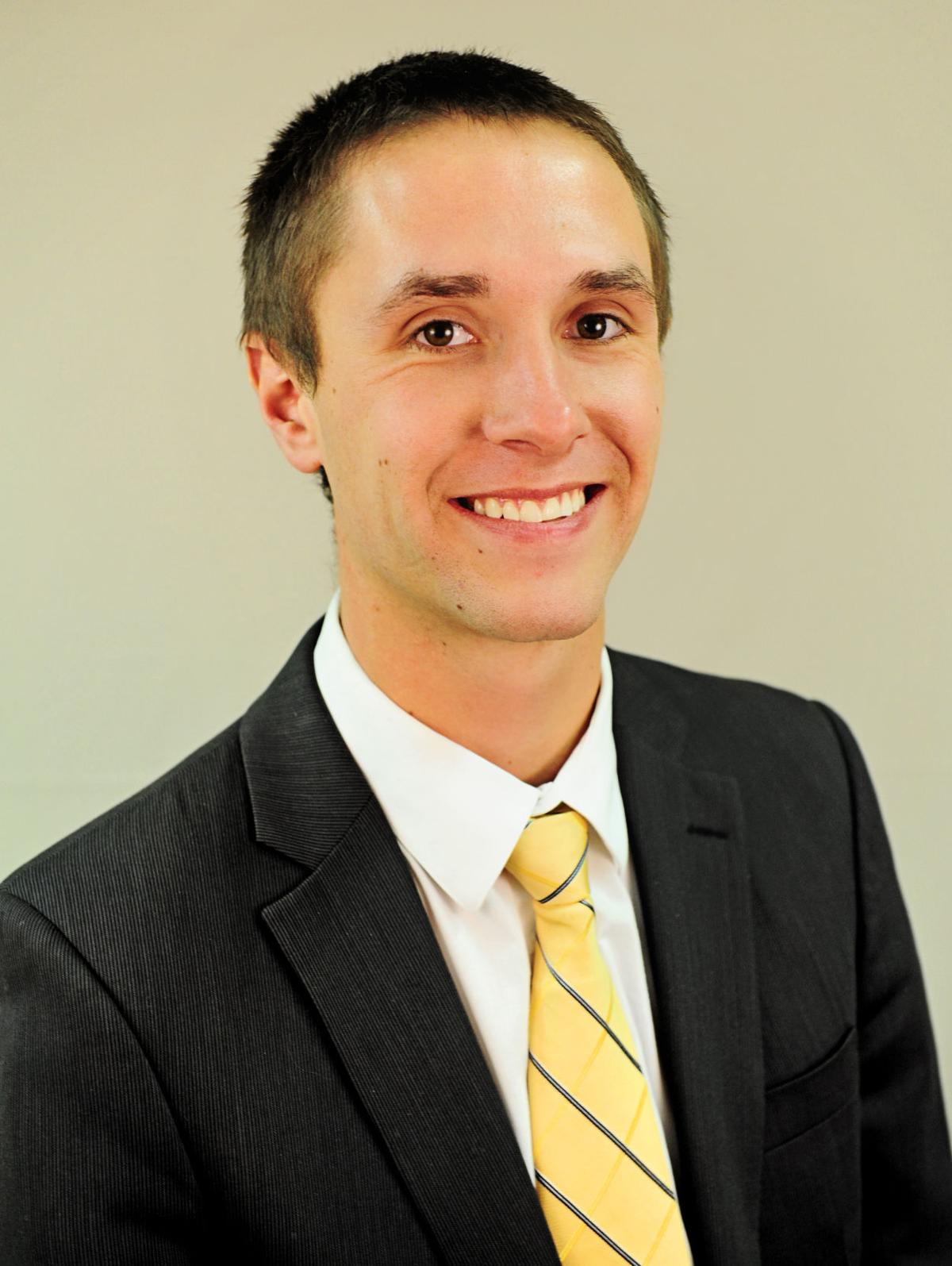