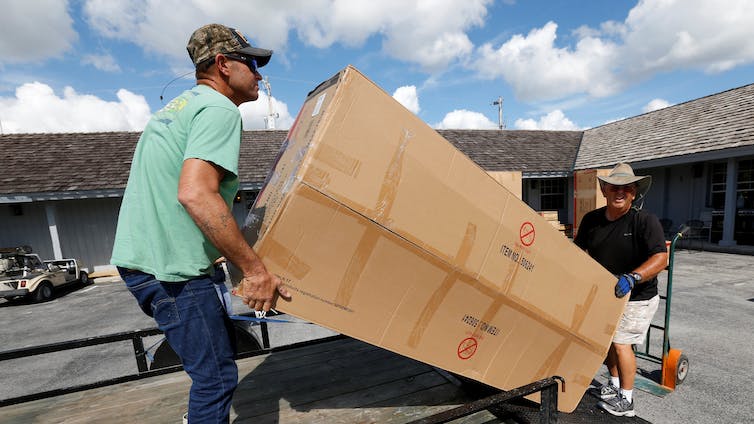 After costly and deadly disasters, large deliveries of supplies – whether they are needed or not – arrive. So do throngs of people who want to pitch in.

But while studying the responses to many disasters, including hurricanes Maria and Harvey and earthquakes in Ecuador and Nepal, I’ve observed the same problem over and over: Too much aid goes to some areas while other places with great need get too little help or none at all.

When relief agencies mobilize, many of them decide where to go based on what they have heard through the news media or their sources in the area. Most of the time, these groups do not coordinate among themselves, which means they frequently converge in the same places.

Often, that means remote areas, which might need the most help, don’t get enough of it. This was the case for many people located in the mountainous areas of Puerto Rico after Hurricane Maria impacted the island.

The National Voluntary Organizations Active in Disasters has led an effort to fix this problem since its inception in 1970. The United Nations Logistics Cluster, a group of organizations working to improve international humanitarian emergency responses began to play a similar role around the world in 2005.

Unfortunately, groups do not always report to these organizations when responding to a disaster. Their participation is completely voluntary. When groups are asked to respond to a need, it does not mean others are not already working there.

One reason my colleagues and I have found for this continued duplication of efforts is the urge among aid groups to get media coverage on the ground, which is unlikely to happen when they help out in remote areas. 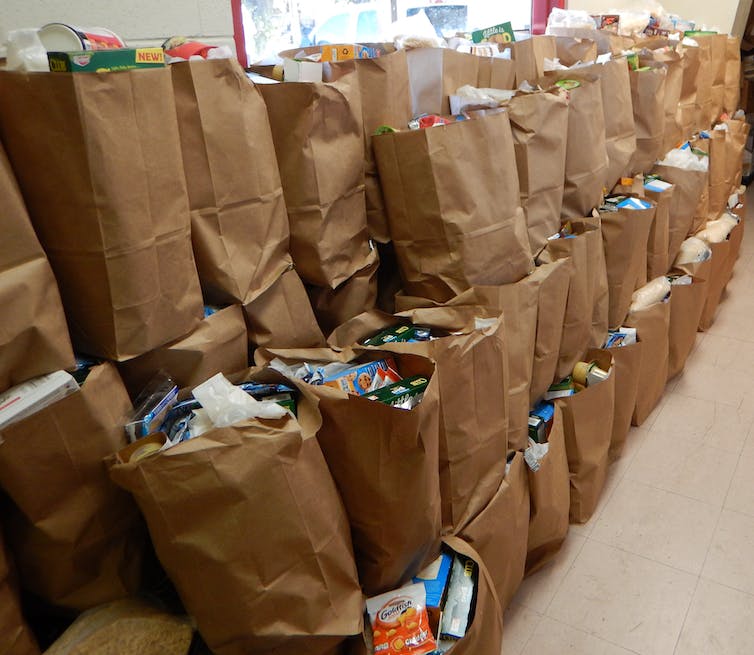 I believe that there’s an approach that could work: Asking all groups to report to a local response coordinator. The coordinator could assign them to the areas where they should serve.

The local coordinator or the authority in charge of the response would subdivide the disaster zone by assigning each relief group an area to operate in, being mindful of the capacity of these organizations and the actual needs on the ground.

Eliminating the duplication of efforts would make better use of the many groups that are willing to help, such as community groups and companies, but need more guidance to make a real difference.

Examples of the work to be done include the distribution of shelf-stable food, medicines, cleaning supplies and gift cards, as well as the tools and training required to rebuild.

This outreach, like all preparedness and response planning, must begin long before disasters happen. Divvying up these tasks when it counts requires knowing a lot about each group and its capacity beforehand. But there is evidence that it’s not as hard as it might sound to pull off.

When PACIV, a private engineering company based in San Juan, Puerto Rico, started working on hurricane response on the island, it noticed that most of the help was being sent to the same areas.

The company mobilized its own foundation to help people in isolated towns who needed medical treatment, prescription drugs and electric generators for dialysis and other life-sustaining purposes. PACIV used its own personnel and resources to identify the areas with the greatest unmet needs, collect cash donations and deliver supplies.

I see this experience as evidence that more local groups and companies could be playing a bigger role after disasters, especially if official response efforts were coordinated better.

Millions of retirees on Social Security will get a 5.9% boost in benefits for 2022, the biggest cost-of-living adjustment in 39 years.

""They set out to do it, and they did it," the superintendent said. "It has no place in high school athletics."

Advice shifting on aspirin use for preventing heart attacks

It wasn't clear if the determination might lead to additional charges against Brian Laundrie, who is considered a person of interest in her disappearance and remains unaccounted for.

U.S. health advisers said Thursday that some Americans who received Moderna's COVID-19 vaccine should get a half-dose booster to bolster protection against the virus.

Police: Woman raped on Pennsylvania train as bystanders did nothing

A woman was raped by a stranger on a Philadelphia area train in the presence of other riders who a police official said "should have done something."

Next on FDA's agenda: Booster shots of Moderna, J&J vaccines

Millions of Americans who received the Moderna or Johnson and Johnson vaccine wait anxiously to learn when it's their turn for a booster. Here's what to know.

The gunman who killed 14 students and three staff members at a Parkland, Florida, high school will plead guilty to their murders, his attorneys said Friday.