Here are today's top stories, celebrity birthdays and a look back at this date in history:

Omicron variant in at least 5 US states

NEW YORK (AP) — The omicron variant of COVID-19, which had been undetected in the U.S. before the middle of this week, had been discovered in at least five states by the end of Thursday, showing yet again how mutations of the virus can circumnavigate the globe with speed and ease.

World Health Organization officials said Friday that measures used to counter the delta variant should remain the foundation for fighting the coronavirus pandemic, even in the face of the new omicron version of the virus, while acknowledging that the travel restrictions imposed by some countries may buy time.

While about three dozen countries worldwide have reported omicron infections, including India on Thursday, the numbers so far are small outside of South Africa, which is facing a rapid rise in COVID-19 cases and where the new variant may be becoming dominant.

WASHINGTON (AP) — The Senate has passed a stopgap spending bill that avoids a short-term shutdown and funds the federal government through Feb. 18 after leaders defused a partisan standoff over federal vaccine mandates. The measure now goes to President Joe Biden to be signed into law.

Once the House voted to approve the measure, senators soon announced an agreement that would allow them to vote on it quickly.

Click on the links below for full versions of today's top stories. Keep scrolling for a look back at this day in history and today's celebrity birthdays:

IMAGE OF THE DAY

In 1992, the Greek tanker Aegean Sea spilled more than 21 million gallons of crude oil when it ran aground off northwestern Spain, and more ev…

In 2015, Aaron Rodgers throws a 61-yard touchdown pass to Richard Rodgers with no time left to give the Green Bay Packers a 27-23 comeback vic…

Cincinnati Zoo's beloved hippo Fiona turns 5: See photos of her over the years

Fiona, a hippo born prematurely at the Cincinnati Zoo on Jan. 24, 2017, remains an online hit. See photos of her over the years as she turns 5.

The boyfriend of slain cross-country traveler Gabby Petito admitted killing her in a notebook discovered near his body in a Florida swamp, the FBI said.

Three studies released Friday offered more evidence that COVID-19 vaccines are standing up to the omicron variant, at least among people who received booster shots.

Meat Loaf, 'Bat Out of Hell' rock superstar, dies at 74

Meat Loaf, whose "Bat Out of Hell" album is one of the all time bestsellers, has died at age 74.

A long-awaited report on sexual abuse in a German diocese faulted retired Pope Benedict XVI's handling of four cases when he was archbishop in the 1970s and 1980s.

The Russia-Ukraine standoff: Here's what you should know

What are U.S. military options to help Ukraine? Is war inevitable? Here's what you should know about the Russia-Ukraine conflict and what role the United States plays.

In the request, committee chairman Bennie Thompson says Ivanka Trump was in direct contact with her father during key moments of Jan. 6.

Omicron wave has US food banks scrambling, plus the latest virus numbers

Food banks across the U.S. are experiencing a critical shortage of volunteers as the omicron variant frightens people away from their usual shifts. 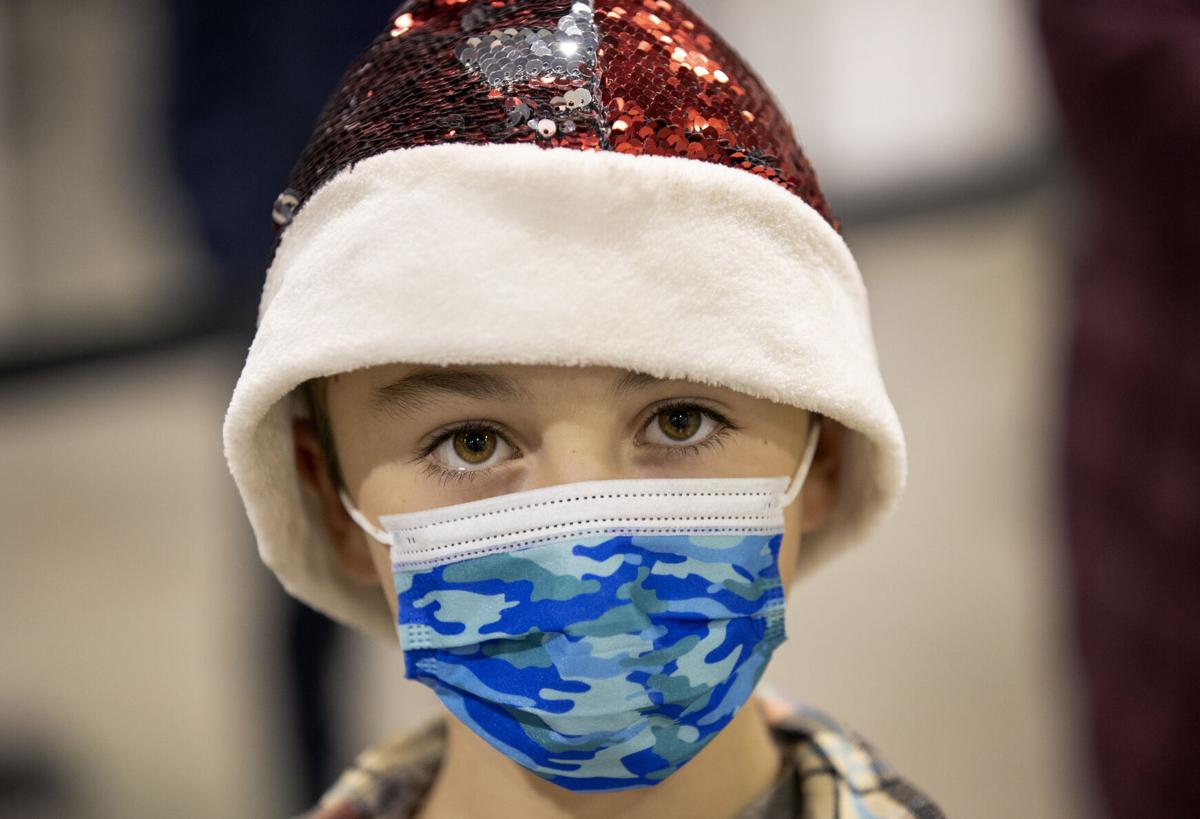 Gregg Voreis, 9, of Edina, Minn., wears a Santa hat while in line for a COVID-19 vaccine on Thursday at the Mall of America in Bloomington, Minn. 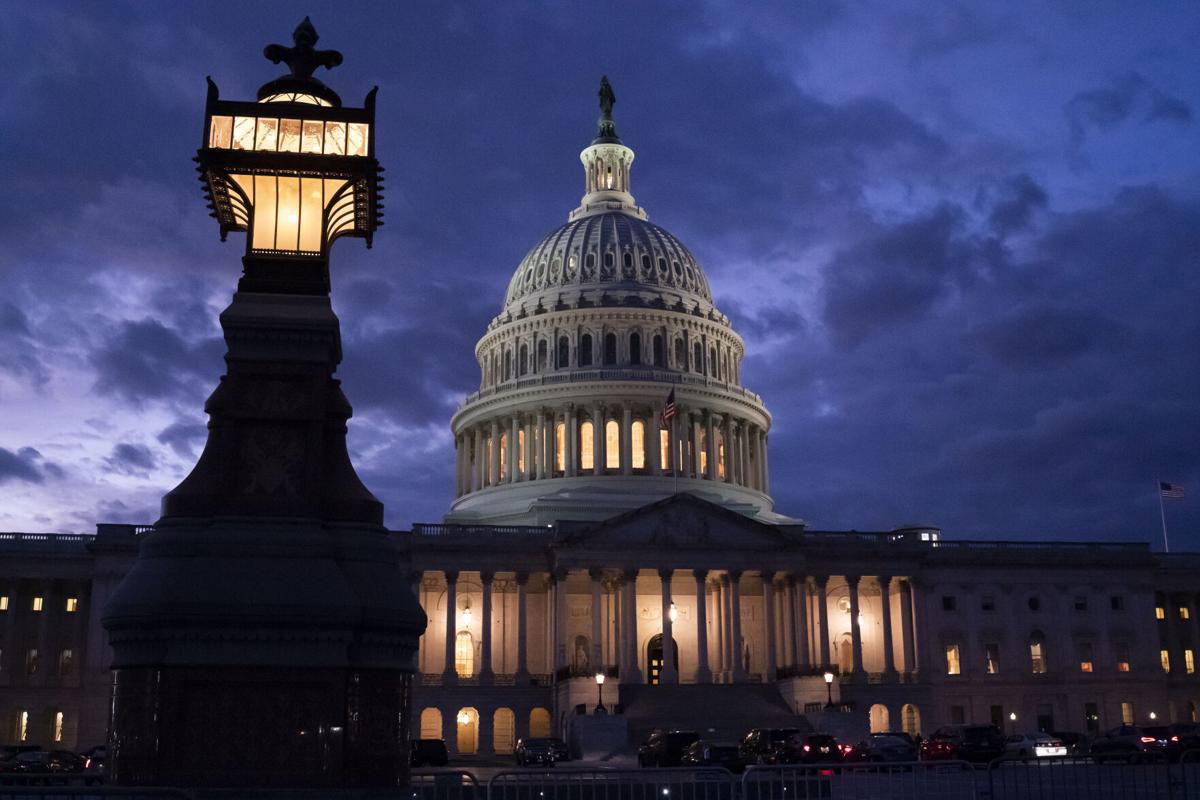 Night falls at the the Capitol in Washington on Thursday. 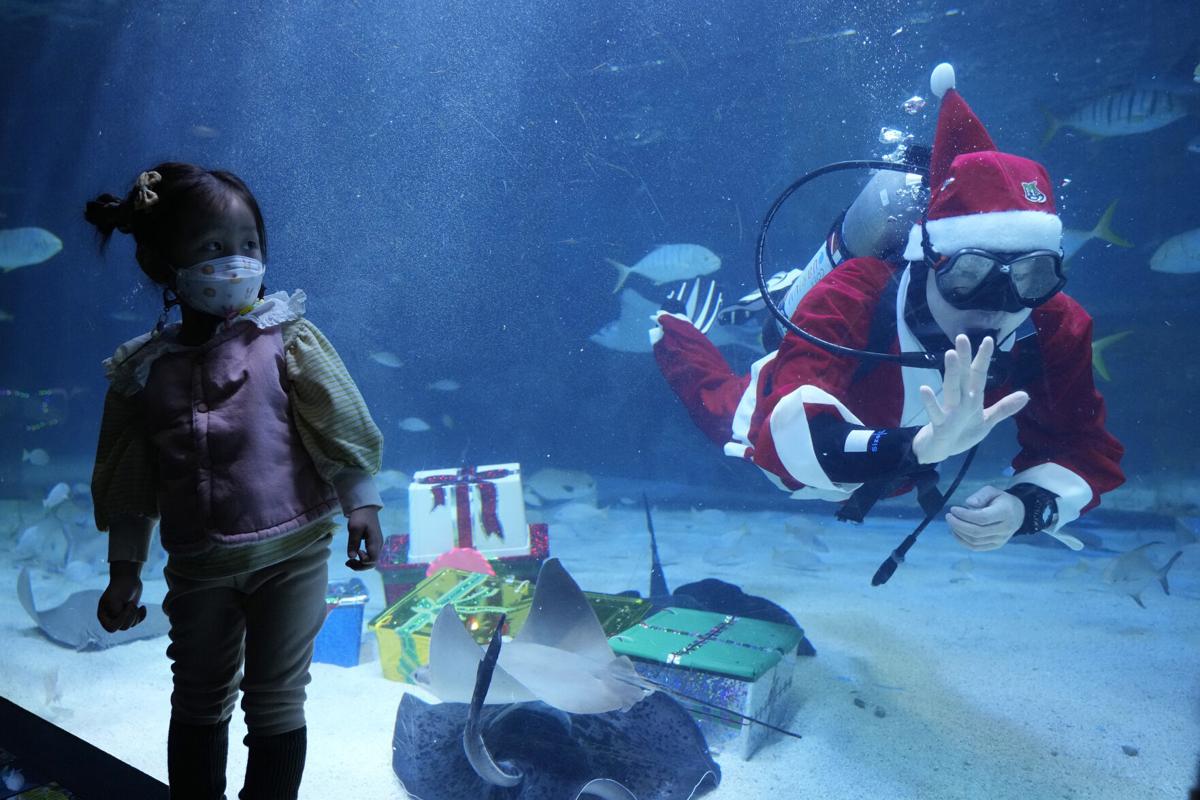 A girl watches a diver clad in a Santa Claus outfit during an event to promote the upcoming Christmas holiday at the Coex Aquarium in Seoul, South Korea, Friday, Dec. 3, 2021. Christmas is one of the biggest holidays celebrated in South Korea. (AP Photo/Ahn Young-joon)