COLUMBUS, Ohio (AP) — The reports of hateful and violent posts on Facebook started pouring in on the night of May 28 last year, soon after then-President Donald Trump sent a warning on social media that looters in Minneapolis would be shot.

It had been three days since Minneapolis police officer Derek Chauvin kneeled on the neck of George Floyd for more than eight minutes until the 46-year-old Black man lost consciousness, showing no signs of life. A video taken by a bystander had been viewed millions of times online. Protests had taken over Minnesota's largest city and would soon spread throughout cities across America.

But it wasn't until after Trump posted about Floyd's death that the reports of violence and hate speech increased "rapidly" on Facebook across the country, an internal company analysis of the ex-president's social media post reveals.

"These THUGS are dishonoring the memory of George Floyd and I won't let that happen," Trump wrote at 9:53 a.m. on May 28 from his Twitter and Facebook accounts. "Any difficulty and we will assume control but, when the looting starts the shooting starts!"

Leaked Facebook documents provide a first-hand look at how Trump's social media posts ignited more anger in an already deeply divided country that was eventually lit "on fire" with reports of hate speech and violence across the platform. Facebook's own internal, automated controls, meant to catch posts that violate rules, predicted with almost 90% certainty that Trump's message broke the tech company's rules against inciting violence.

Yet, the tech giant didn't take any action on Trump's message.

Offline, the next day, protests — some of which turned violent — engulfed nearly every U.S. city, big and small.

"When people look back at the role Facebook played, they won't say Facebook caused it, but Facebook was certainly the megaphone," said Lainer Holt, a communications professor at Ohio State University. "I don't think there's any way they can get out of saying that they exacerbated the situation."

Social media rival Twitter, meanwhile, responded quickly at the time by covering Trump's tweet with a warning and prohibiting users from sharing it any further.

Facebook's internal discussions were revealed in disclosures made to the Securities and Exchange Commission and provided to Congress in redacted form by former Facebook employee-turned-whistleblower Frances Haugen's legal counsel. The redacted versions received by Congress were obtained by a consortium of news organizations, including The Associated Press.

The Wall Street Journal previously reported that Trump was one of many high-profile users, including politicians and celebrities, exempted from some or all of the company's normal enforcement policies.

Hate speech and violence reports had been mostly limited to the Minneapolis region after Floyd's death, the documents reveal.

"However, after Trump's post on May 28, situations really escalated across the country," according to the memo, published on June 5 of last year.

The internal analysis shows a five-fold increase in violence reports on Facebook, while complaints of hate speech tripled in the days following Trump's post. Reports of false news on the platform doubled. Reshares of Trump's message generated a "substantial amount of hateful and violent comments," many of which Facebook worked to remove. Some of those comments included calls to "start shooting these thugs" and "f—- the white."

By June 2, "we can see clearly that the entire country was basically 'on fire,'" a Facebook employee wrote of the increase in hate speech and violence reports in the June 5 memo.

Facebook says it's impossible to separate how many of the hate speech reports were driven by Trump's post itself or the controversy over Floyd's death.

"This spike in user reports resulted from a critical moment in history for the racial justice movement — not from a single Donald Trump post about it," a Facebook spokesperson said in a statement. "Facebook often reflects what's happening in society and the only way to prevent spikes in user reports during these moments is to not allow them to be discussed on our platform at all, which is something we would never do."

On May 29, for example, Zuckerberg said the company looked closely to see if Trump's words broke any of its policies and concluded that they did not. Zuckerberg also said he left the post up because it warned people of Trump's plan to deploy troops.

"I know many people are upset that we've left the President's posts up, but our position is that we should enable as much expression as possible unless it will cause imminent risk of specific harms or dangers spelled out in clear policies," Zuckerberg wrote on his Facebook account the night of May 29, as protests erupted around the country.

Yet, Facebook's own automated enforcement controls determined the post likely did break the rules.

"Our violence and incitement classifier was almost 90% certain that this (Trump) post violated Facebook's ... policy," the June 5 analysis reads.

That contradicts conversations Zuckerberg had with civil rights leaders last year to quell concerns that Trump's post was a specific threat to Black people protesting Floyd's death, said Rashad Robinson, the president of Color of Change, a civil rights advocacy group. The group also spearheaded a boycott of Facebook in the weeks following Trump's post.

"To be clear, I had a direct argument with Zuckerberg days after that post where he gaslit me and he specifically pushed back on any notion that this violated their rules," Robinson said in an interview with the AP last week.

To curb the ex-president's ability to stoke hateful reactions on its platform, Facebook employees suggested last year that the company limit reshares on similar posts that may violate Facebook's rules in the future.

But Trump continued to use his Facebook account, which more than 32 million follow, to fire up his supporters throughout much of the remainder of his presidency. In the days leading up to a deadly siege in Washington on Jan. 6, Trump regularly promoted false claims that widespread voter fraud caused him to lose the White House, spurring hundreds of his fans to storm the U.S. Capitol and demand the results of a fair election be overturned.

It wasn't until after the Capitol riot, and as Trump was on his way out of the White House, that Facebook pulled him off the platform in January, announcing his account would be suspended until at least 2023.

"Facebook really benefited from Trump and Trump's ability to draw attention and engagement through outrage," Mercieca said. "They wanted Trump to keep going on."

A collection of AP's reporting on the leaked Facebook documents:

The local sheriff said he didn't know why the boy's father bought the gun. Several students from the shooting remain in critical condition, including a 14-year-old on ventilator. Here's the latest.

Authorities say eight people were wounded in an attack at a Michigan high school in which three students were killed.

The parents of a teen accused of killing four students in a shooting at a Michigan school were found hiding in a Detroit building early Saturday, hours after a prosecutor filed involuntary manslaughter charges against them.

A prosecutor filed involuntary manslaughter charges against the parents of a teen accused of killing four students and wounding seven others in Michigan.

Omicron-stricken South Africa may be a glimpse into the future

New COVID-19 cases in South Africa have burgeoned from about 200 a day in mid-November to more than 16,000 on Friday. Here are the latest updates on the omicron variant.

US sees first case of omicron variant detected in California

The United States' first confirmed case of the omicron coronavirus variant has been identified in California, according to a source familiar.

Ethan Crumbley will be tried as an adult and faces murder, assault and weapons charges. He will also face one count of terrorism causing death, a rare charge for a school shooting.

CDC backs booster shot for all adults due to omicron variant

The CDC strengthened its COVID-19 booster shot recommendation to include all adults as the new omicron variant spreads.

Omicron in at least 5 US states; Congress averts shutdown; plus more top news

Things to know today: WHO says measures used against the delta variant should also work for omicron; Congress averted a shutdown. Get caught up. 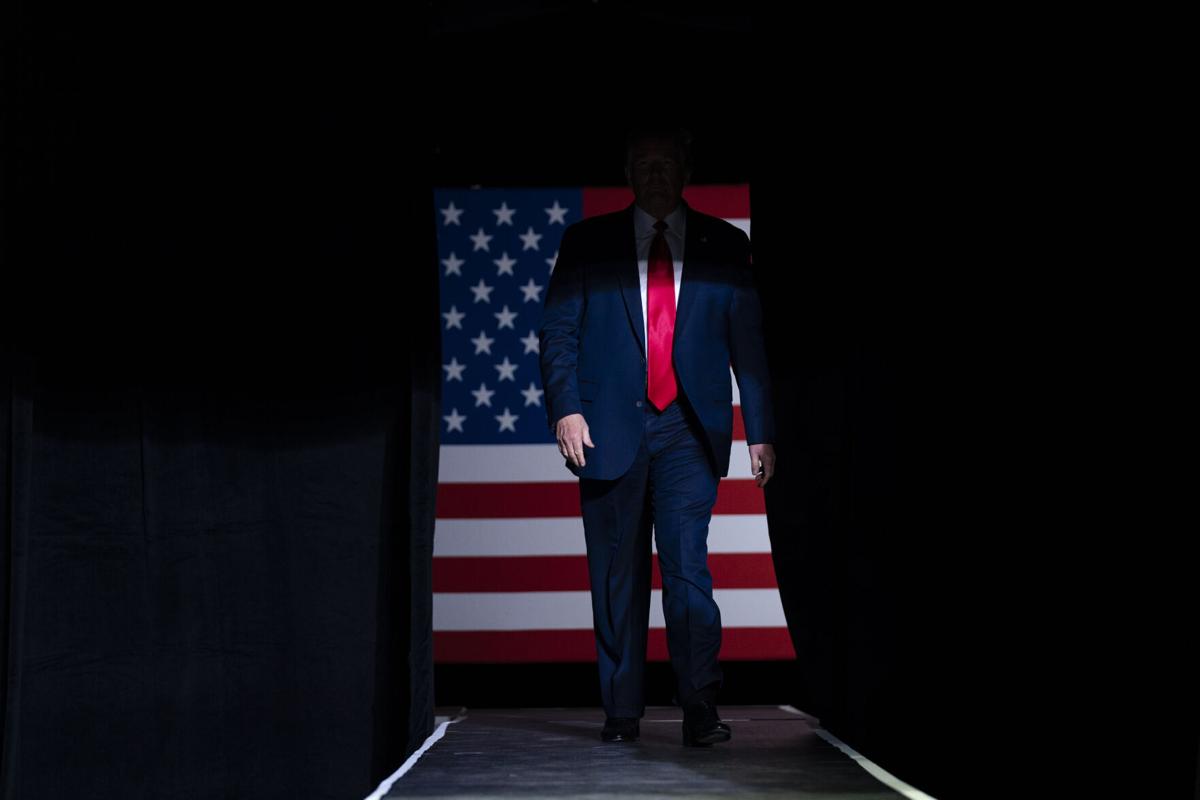 FILE - In this June 20, 2020, file photo, President Donald Trump arrives on stage to speak at a campaign rally at the BOK Center, in Tulsa, Okla. 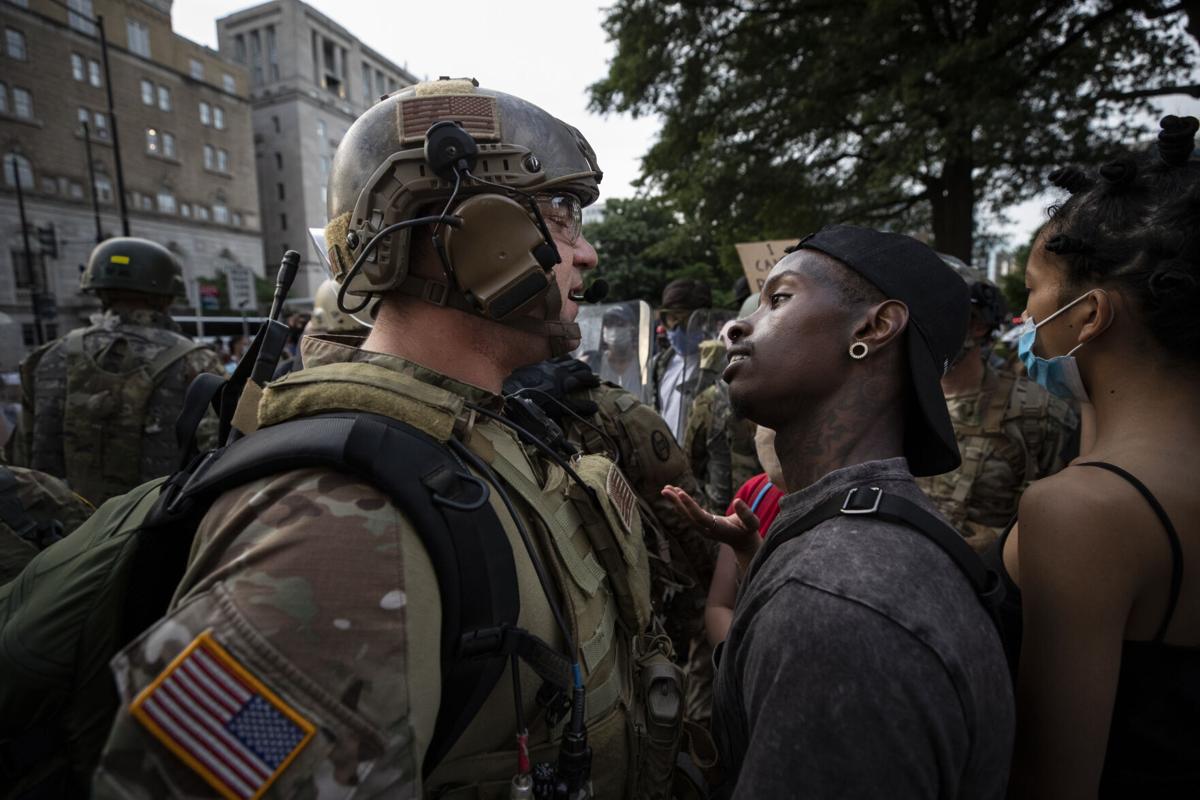 FILE - In this June 3, 2020, file photo, a demonstrator stares at a National Guard soldier as protests continue over the death of George Floyd, near the White House in Washington, D.C. 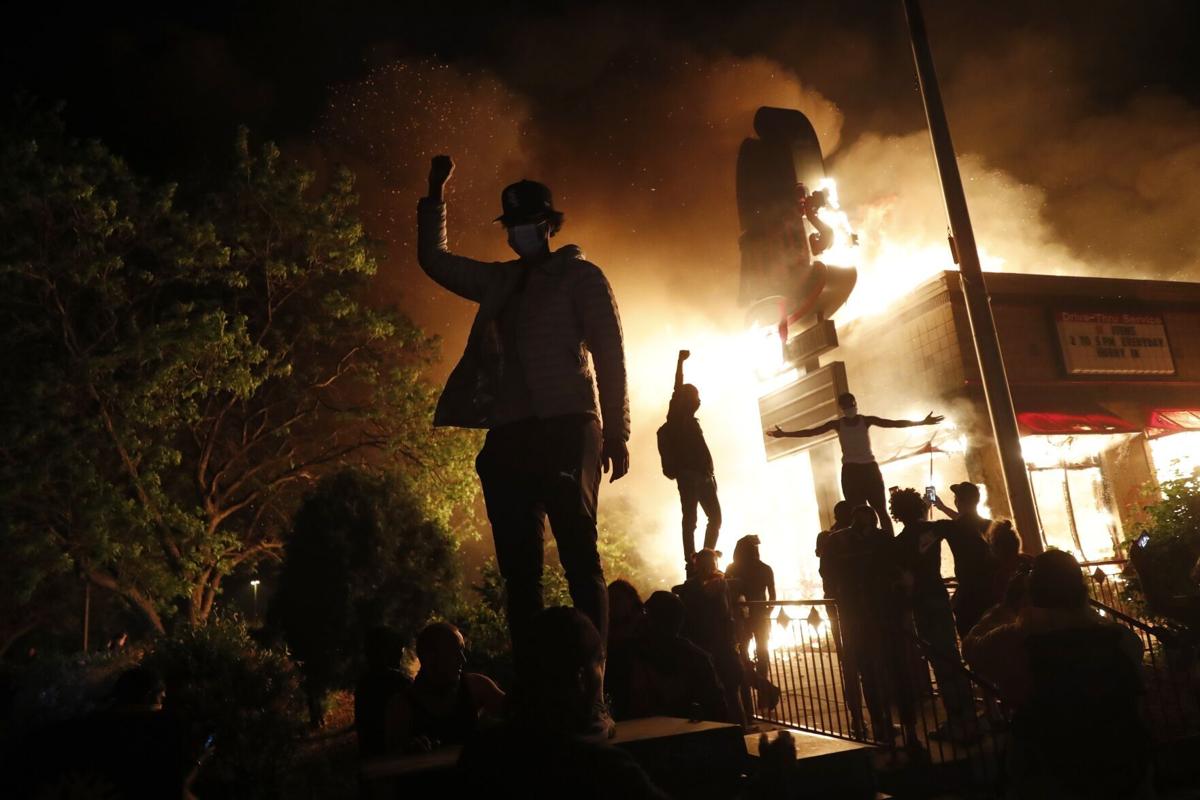 FILE - In this May 29, 2020, file photo, protesters gather in front of a burning fast-food restaurant in Minneapolis. 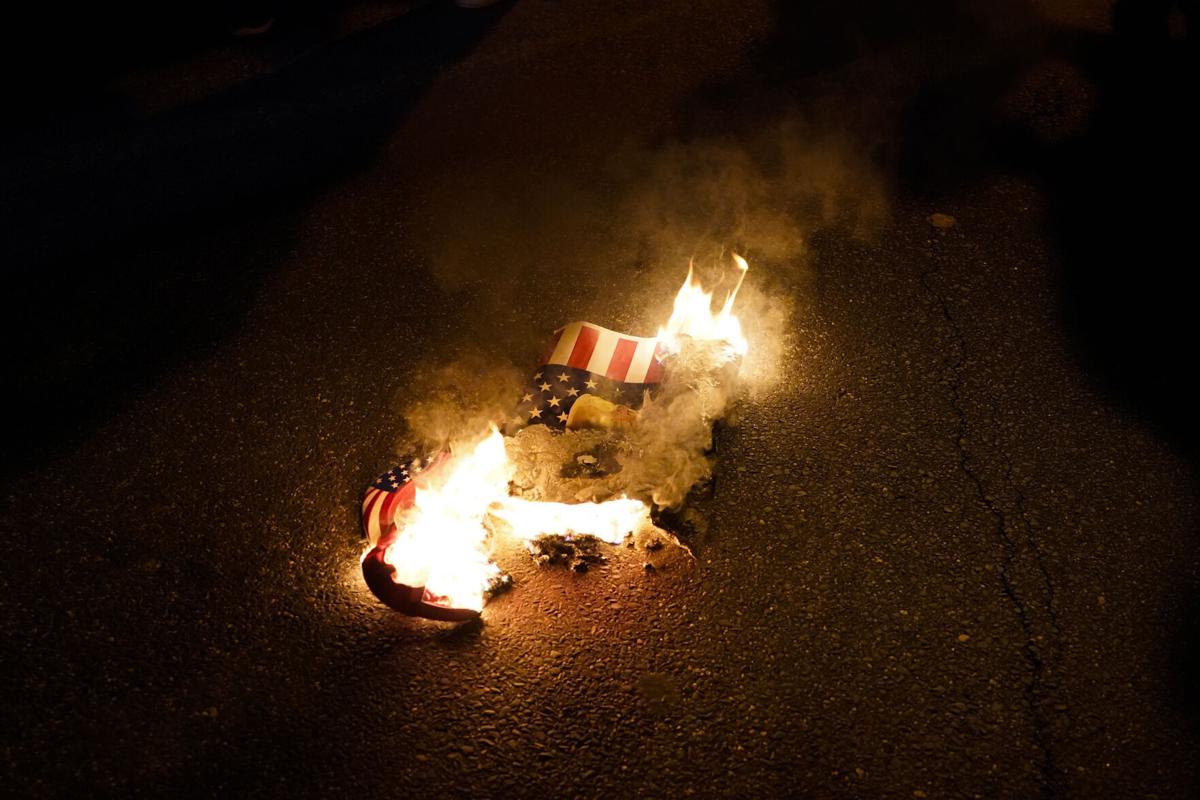 FILE - In this Nov. 14, 2020, file photo, a sign that counter-protesters lit on fire burns after supporters of President Donald Trump held pro-Trump marches Saturday, in Washington. Reports of hateful and violent speech on Facebook poured in on the night of May 28 after President Donald Trump hit send on a social media post warning that looters who joined protests following Floyd's death last year would be shot, according to internal Facebook documents shared with The Associated Press. 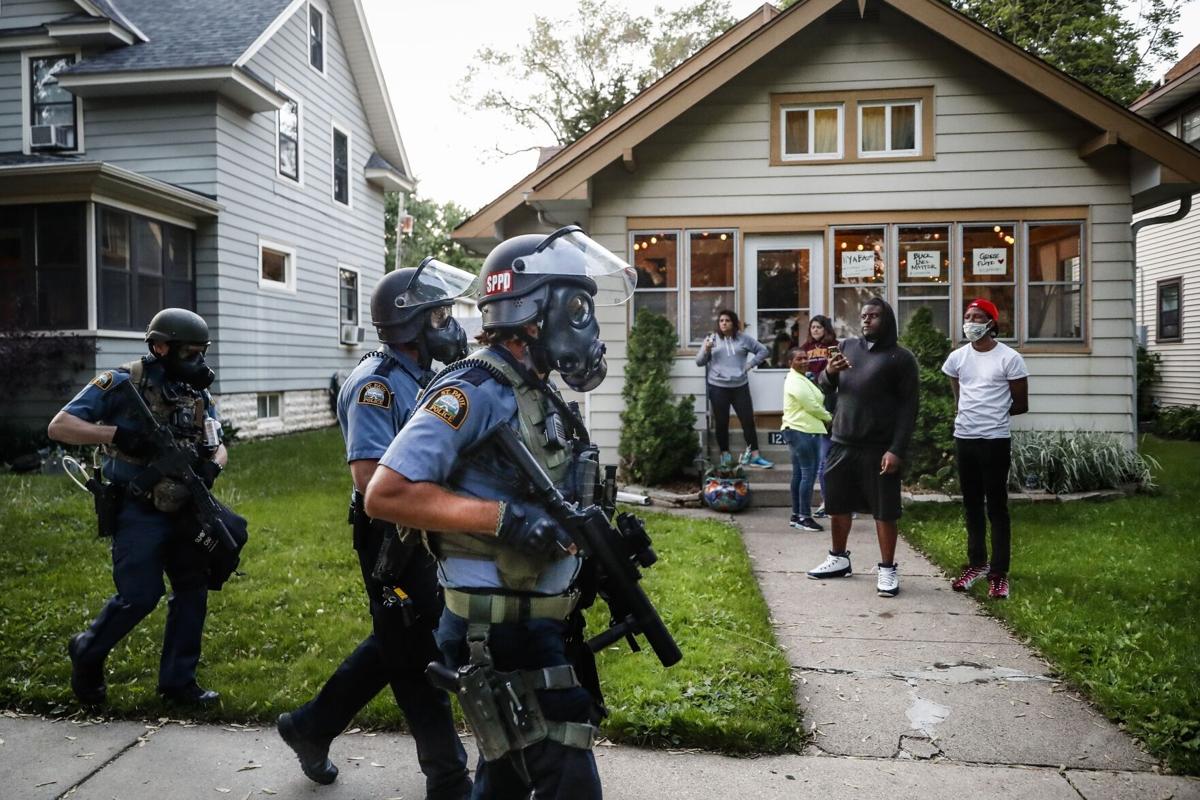 FILE - In this May 28, 2020, file photo, protesters and residents watch as police in riot gear walk down a residential street, in St. Paul, Minn. 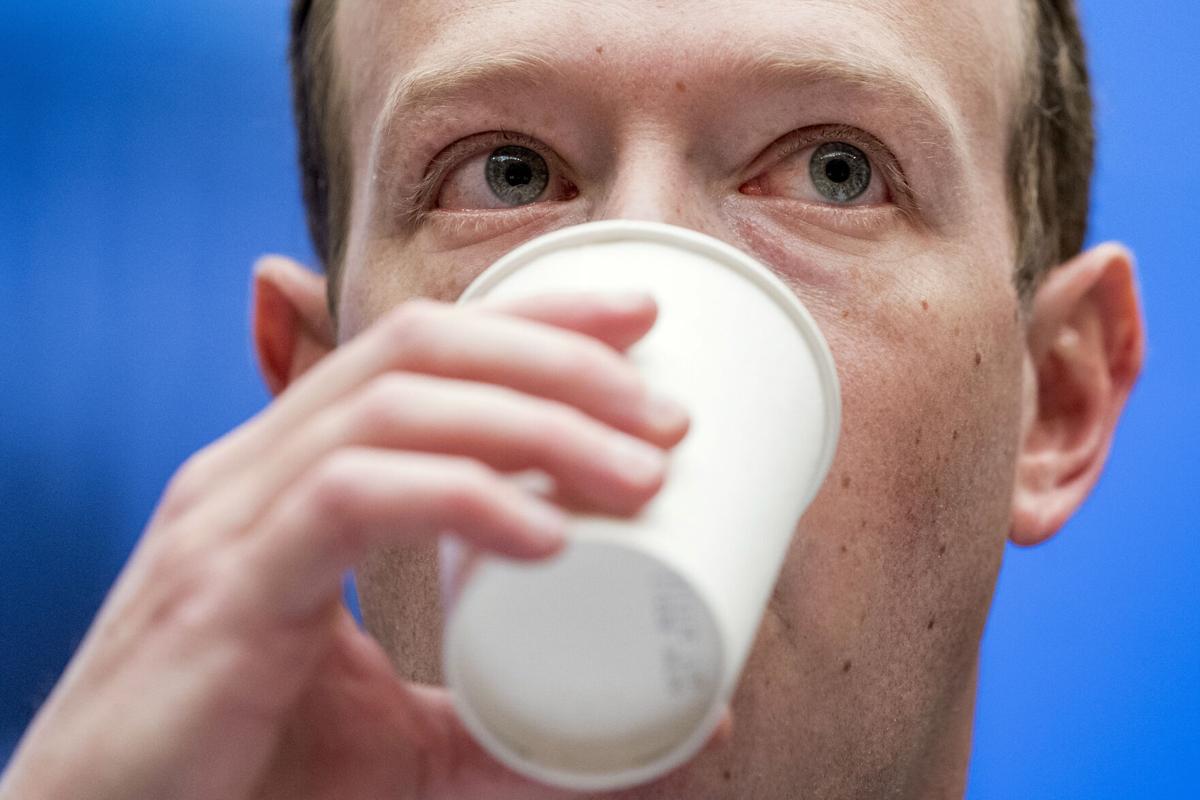 FILE - In this April 11, 2018, file photo, Facebook CEO Mark Zuckerberg takes a drink of water as he testifies before a House Energy and Commerce hearing on Capitol Hill in Washington.