The crew of Van's Thriftway made their way to Memorial Park on Tuesday for the debut of a wheelchair-capable swing employees donated to the city of Helena.

Sara Dunlap, the store's assistant manager, led the charge to raise about $4,000 to pay for the swing. However, Dunlap made it clear that she could not have made it happen without the help from the rest of the Van's staff, Helena Police Department officer Domingo Zapata and the Carroll College men's basketball team.

And she said the Van's crew couldn't have pulled it off without the sponsors from the community who donated funds at various events.

According to Dunlap, it all started when she saw a photo on Facebook of a child having fun on a wheelchair swing.

"... I thought to myself that everyone should have this," Dunlap said.

That was just over two years ago and in August 2019 Van's hosted a dunk-a-cop event where Zapata offered to be plunked into water to raise money for the swing. Several other fundraisers and community barbecues later and the Van's staff was able to buy the swing in late 2020. However, COVID-19 would get in the way of the installation, delaying the process by a full year, according to Dunlap.

Dunlap said they requested the city to put the swing in either Memorial Park or Centennial Park to make it easily accessible to everyone and centralized. The city ultimately chose to place the swing in the playground at Memorial Park.

Carrie Jones and Theresa Gardner, who both use wheelchairs, showed up for the debut to test the swing out for everyone. Both hadn't had the opportunity to use a swing like this one before. The swing is reinforced by chains and has a platform with a ramp that folds up to secure its user.

"It's really fun to have equipment like this for kids and adults," Jones said.

The swing is the first of its kind in the Helena community. Gardner said she's never been able to be in a swing in her wheelchair before.

"When I was growing up I didn't get to do this kind of thing," she said. "That's 46 years I've never experienced anything like this."

For Dunlap, it was a cathartic moment seeing the two smile and having fun on the new piece of playground equipment.

"It makes my heart happy," Dunlap said, "to see Carrie and Theresa's faces."

As Carroll College gears up for the upcoming fall semester, new COVID-19 protocols will be in place including required masking in classrooms.

Helena Public Schools approved its fiscal year 2022 budget on Tuesday, and the district is seeing a decrease in overall spending.

On Aug. 17, Anna Fleury and new friend, Gretchen Hedge, were having lunch at Perkins Restaurant & Bakery.

Helena Public Schools will require all PreK-8 students and staff to wear a mask as classes begin next week, Superintendent Rex Weltz announced…

The city of Helena on Wednesday dropped its Stage Three water use restrictions, effective immediately. 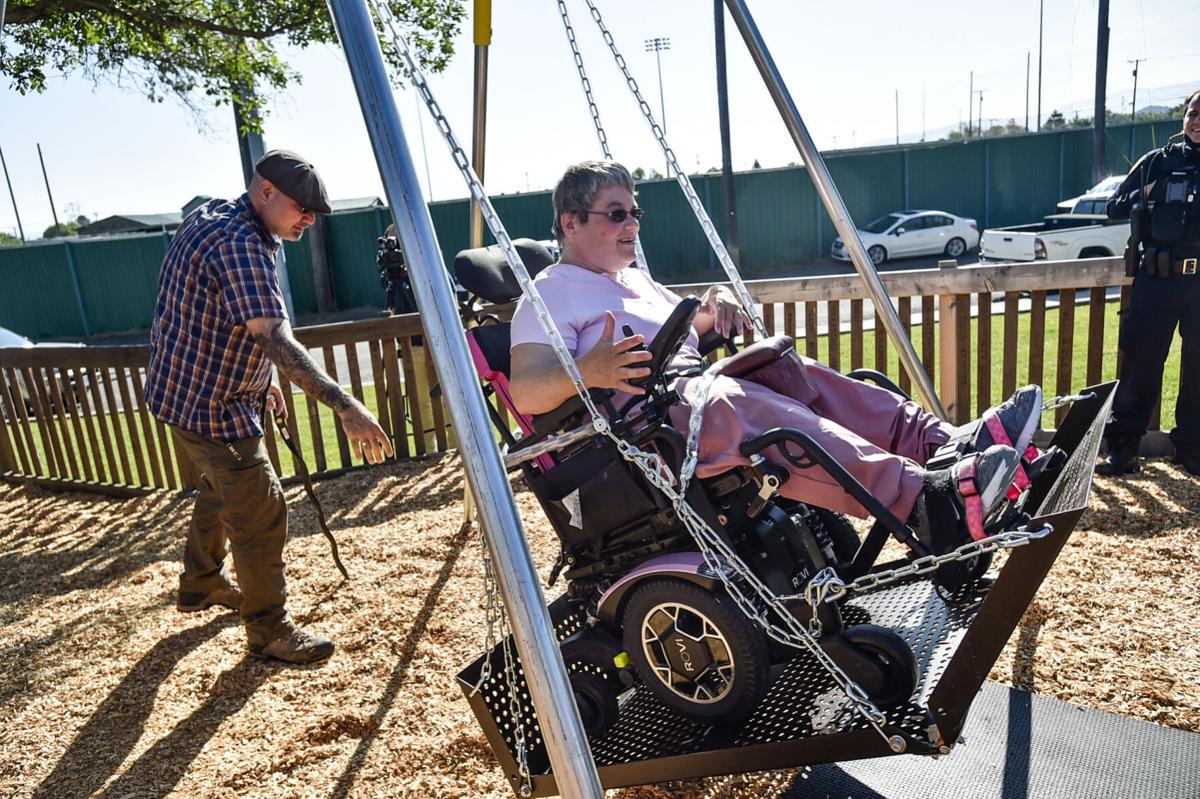 Theresa Gardner gets a push in a new wheelchair-capable swing unveiled at Memorial Park on Tuesday. Employees of Van's Thriftway raised the $4,000 needed for the swing. 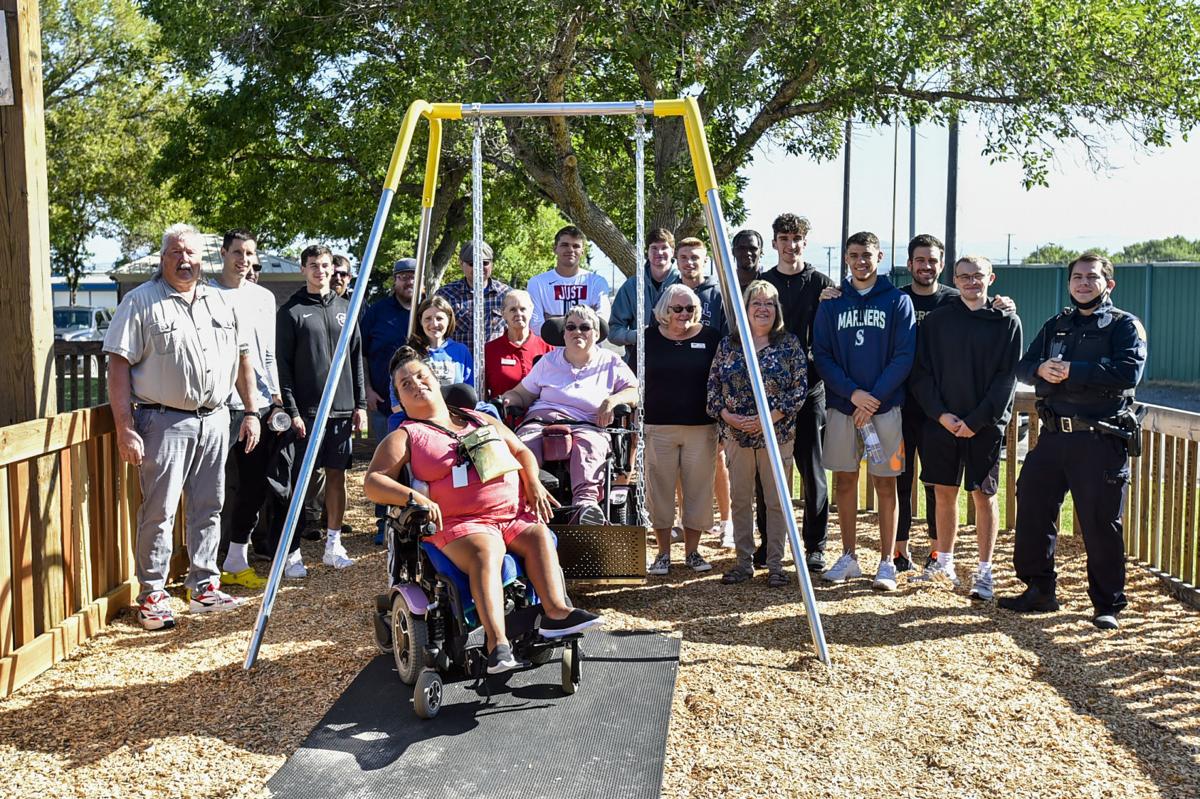 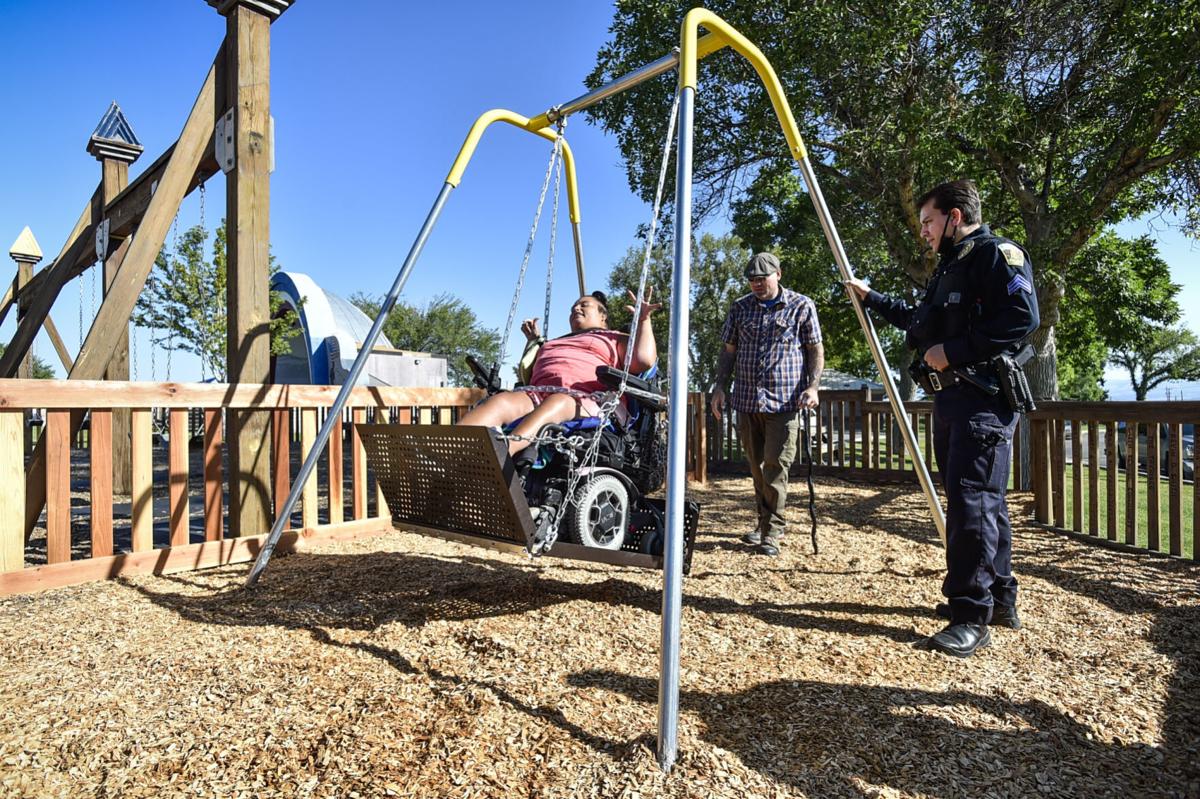 Carrie Jones gets a push in a new wheelchair-capable swing installed at Memorial Park on Tuesday.