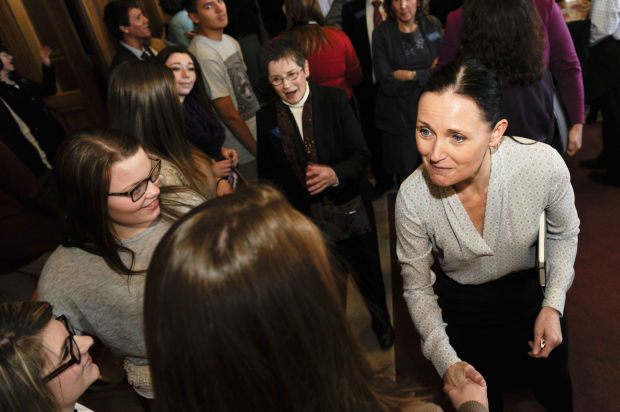 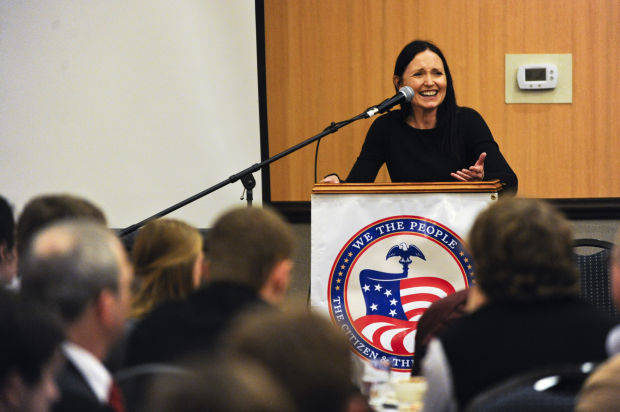 Lt. Gov. Angela McLean congratulates all the students who took part in the 'We The People' competition at the Red Lion Colonial Hotel on Tuesday afternoon. 'Liberty cannot be preserved without general knowledge among the people,' McLean says.

Angela McLean plans to step down as Montana's lieutenant governor to take a job with the Office of the Commissioner of Higher Education, leaving Gov. Steve Bullock to find a new No. 2 for his re-election bid next year, state officials said Monday.

McLean will begin work Jan. 4 as the commissioner's director of American Indian and minority achievement and K-12 partnerships. She told reporters the position is an opportunity for her to elevate her advocacy and fully utilize her talents on behalf of students in the state.

"I did what I came to do, and I think I was successful, and now it's time to move to a new post and take that fiery, fierce advocacy to an area where it's specifically tailored to student learning," she said.

McLean will remain in her current position until Bullock appoints what will be his third lieutenant governor in three years. Bullock appointed McLean in February 2014 after then-Lt. Gov. John Walsh announced his bid for U.S. Senate.

McLean applied for her new job in late October and was selected from 20 applicants for the position, higher education commissioner spokesman Kevin McRae said.

McLean sought out the position on her own, and she informed Bullock about her decision to resign Monday, the Democratic governor said in a conference call with reporters from an education conference in Austin, Texas.

The relationships she has built with tribal leaders and education officials as lieutenant governor made the perfect springboard for her new job, Bullock said.

He and McLean have had previous conversations about her future, but he never told her that she would not be his running mate in 2016, Bullock said. "This wasn't a reset for re-election, or anything like that," he said.

The governor declined to directly answer if he had discussions with his staff about replacing McLean.

McLean said she believes she was "an incredible asset to the governor" and doesn't believe the timing has anything to do with the upcoming election season.

McLean is a Twin Bridges native and was chairwoman of the Montana Board of Regents. She was a teacher at Anaconda High School and an adjunct professor at Montana Tech before becoming lieutenant governor.

The last time a Montana governor went through three lieutenant governors was during the term of Democrat Frank Cooney, who took over for Gov. John Erickson when Erickson became a U.S. senator in 1933. Cooney's three acting lieutenant governors were Tom Kane, Ernest Eaton and Elmer Holt, who replaced Cooney when he died in 1935.

Bullock, once again, must search for a good No. 2

Three lieutenant governors in three years: It's not something a Montana governor has had to deal with in about eight decades.

When news broke Monday that former Lt. Gov. Angela McLean was leaving the side of Gov. Bullock, I shook my head and gave a chuckle.

HELENA -- Gov. Steve Bullock said Monday he will make his pick for lieutenant governor and his running mate in the 2016 election by the end of…

Montana Lt. Gov. Angela McLean is asking all states to improve the lives of American Indian youth by partnering with tribal leaders and organi…

Lt. Gov. Angela McLean congratulates all the students who took part in the 'We The People' competition at the Red Lion Colonial Hotel on Tuesday afternoon. 'Liberty cannot be preserved without general knowledge among the people,' McLean says. 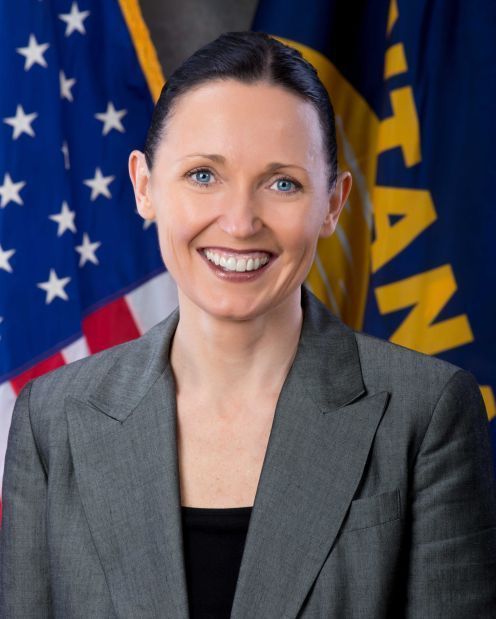