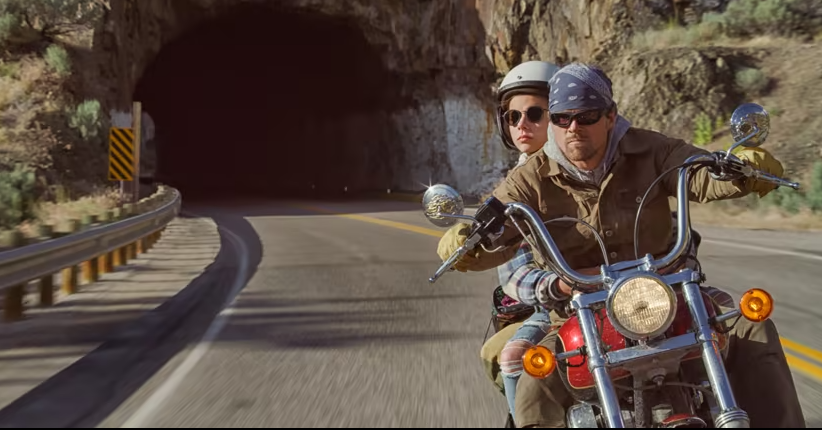 Alexis and Zac Titus star in "Two Yellow Lines." The movie was filmed in Helena and throughout Montana.

A film will be released Tuesday about a strained relationship between a father and daughter that uses Helena, the open road and much of Montana as a backdrop.

And for the producer and lead actor Zac Titus, it was a production where he said the "film gods" smiled down upon him.

Titus, 43, a former Helena High School assistant wrestling coach and football player at Carroll College, blended real life events with personal history to create “Two Yellow Lines,” which will be released directly to video. Distributed by David Glasser’s 101 Studios and Universal Pictures Home Entertainment, it will be available on Amazon, Apple TV, DirecTV, other streaming services, and on the film's website at https://www.twoyellowlinesfilm.com/.

Not only does Titus star in the film about a smokejumper struggling to deal with post-traumatic stress disorder, but his now 16-year-old daughter, Alexis, stars as Hanna, the child he left behind and reconnects with in a modern-day road trip.

“At first I didn’t quite know what to think,” said Alexis, who goes by "Lexi." She said she did not know it was going to be a huge commitment and had no idea how much time and energy it would take.

But, on the upside, “It showed me a whole new side of my dad I don’t get to see,” Lexi said. “It opened my eyes to other relationships people have with their father. It was something really cool to do.”

Titus said the idea for the film first came to him about four years ago when his father-in-law, Mark Runkle of Clancy, was riding his motorcycle from Montana to Ohio.

Lexi asked if she could go along and caught up with her grandfather in Nebraska. He said they had a great trip and bonding experience and began to think that a road picture might make a good film.

But in the film version, the relationship would not work out so well.

According to the film’s website, Titus plays smokejumper Jack Elliot, who loses most of his unit in a runaway backcountry fire. He becomes estranged from his family and after five years he gets a call from his wife, asking him to pick up their daughter from a camp in Wyoming. He picks her up on his 20-year-old Harley and they begin a four-day motorcycle ride across Montana.

Titus said the title “Two Yellow Lines” serves as a metaphor as to how people often stay in their own lanes in life.

“Jack is in his own lane, and coming in another direction is his daughter, who is 13, and they are passing in a moment of time,” Titus said.

Derek Bauer is the writer, director and cinematographer for the film. Titus also serves as producer. He said he helped write the script as well, drawing some inspiration from the 1949 Mann Gulch Fire north of Helena that killed 13 men. Titus and Bauer were joined by their friends, producers Billy Zeb Smith and Jake Olson.

The film, which had a budget of slightly under $200,000, used several locations in Helena.

“It seems like a relief to see the final piece, but it’s better than we hoped for,” he said of the 94-minute film. Viewers should look for Steve’s Café, the Helena Regional Airport and MacDonald Pass.

“When I think about it, I think the film gods were smiling down upon us, but the Helena area’s support is what made this happen,” Titus said.

Titus and his wife Lana moved to Montana in August 2001. His sister, Alicia, was killed on Sept. 11, 2001. She was a flight attendant for United flight 175, which flew into the World Trade Center.

"Montana was a place that offered me healing in a way I didn’t know," he said. "The mountains around Helena were probably the biggest source of healing for me. It was a place to talk to my sister."

Titus said he and his wife were embraced by the Helena community and Carroll College. He played football for Carroll and was on the first two National Championship teams as a kicker.

The couple ran the Elkhorn View Lodge Bed and Breakfast for five years before moving to Los Angeles in 2006. Titus, his wife and four daughters, divide their time between Montana and California.

He’s now an actor, where he has a recurring role as Charles Bernitz on the Apple TV/Sony series “For All Mankind.”

Allison Whitmer, film commissioner for the Montana Film Office, said she has seen the film.

She said Titus took on a really meaningful subject for the film and dedicated an incredible amount of time and effort to bring the film to life.

“The project was unique,” Whitmer said. “He was determined to go on a real motorcycle trip across Montana and wanted to show the wonderful landscapes and how a firefighter would react to these landscapes.”

She said Helena invested a lot of time and effort to help the project.

Bauer said in a news release about the movie that one of the goals was to treat the landscape as a character, "that would continually influence and support our actors along their journey.”

Whitmer described it as an adventure piece through the beauty of Montana that offers a story about how families do, and do not, work together. And it’s a coming of age film with a daughter character.

“Two Yellow Lines” received a $25,000 Big Sky Film Grant. This grant is to support projects that have the intention of creating Montana film industry jobs. The grant and film office are funded by the 4% Lodging Facility Use Tax – commonly known as the “Bed Tax.”

Whitmer said it has been a very effective program.

“We want a grant program to support filmmakers as they do their work in Montana, and then show it to everyone,” she said. “And then we want them to come back and make a second film.”

She said she saw the film at the 2020 BZN International Film Festival, where it won "Best Narrative Feature." She said people thought it was a beautiful film about healing and peace.

“I would encourage everyone to go to the screening,” she said.

Runkle, who created the Mountain View Meadows housing development with wife Rebecca Ryland, has seen the film. He has a cameo in which he rides past them on his motorcycle on Highway 12 west of Helena.

"I was blown away, actually," he said of the movie. "I was amazed, by the time they edited it, how good it really was."

Runkle said he was quite impressed with the acting of his granddaughter, son-in-law and others.

"I know I might be a little biased," he said.

There will be a special screening of the film 2 p.m. Nov. 20, at The Myrna Loy. Half of the proceeds will go to the Wildland Firefighter Foundation, a nonprofit which helps families of wildland firefighters who have died or are injured in the line of duty.

Seating is limited to 100. For more information, go to www.themyrnaloy.com.

There will be a special screening of the film 2 p.m. Nov. 20, at The Myrna Loy. Seating is limited to 100. For more information, go to www.themyrnaloy.com.

Nearly 10,000 surveys gauging people's interest and housing needs have been sent out regarding a proposed nearly 200-unit senior living retire…

Lewis and Clark County Commissioner Tom Rolfe recently told members of Hometown Helena, an informal group of residents, that a “cell” has been…

When Brandi Gorecki learned her children’s school was seeking nearly $1,000 in back-due fees for student lunches, she stepped up to the plate.

St. Peter’s Health officials said in a recent community forum the hospital is coming out of an especially difficult month in dealing with COVI…

A Veterans Day observance will be held 3 p.m. Thursday in Helena’s Memorial Park.

Sen. Jon Tester said Wednesday he was optimistic that his bill to provide comprehensive and "overdue" support to U.S. troops who experienced t…

Tickets are still available for Saturday's special screening of "Two Yellow Lines" at the Myrna Loy.

Alexis and Zac Titus star in "Two Yellow Lines." The movie was filmed in Helena and throughout Montana. 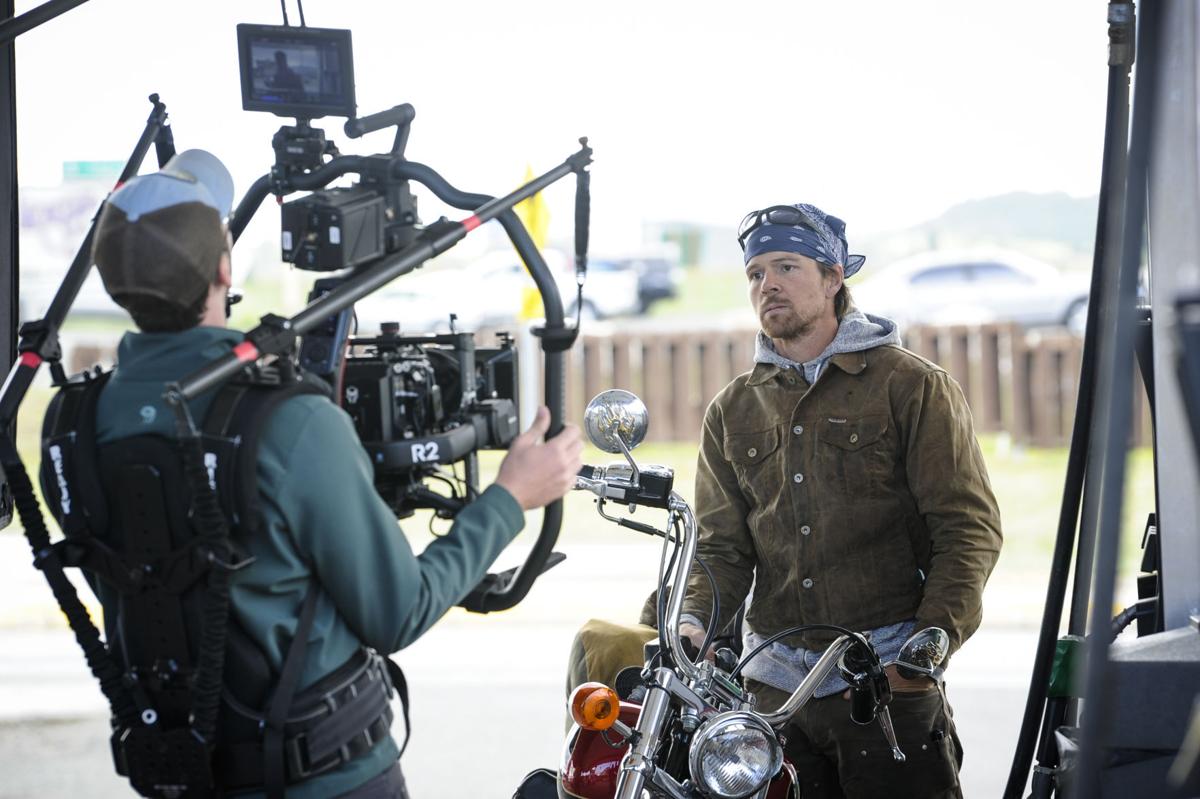 Zac Titus, a Carroll College graduate, acts in a scene from 'Two Yellow Lines' while filming in June 2018 at the Conoco in Montana City. 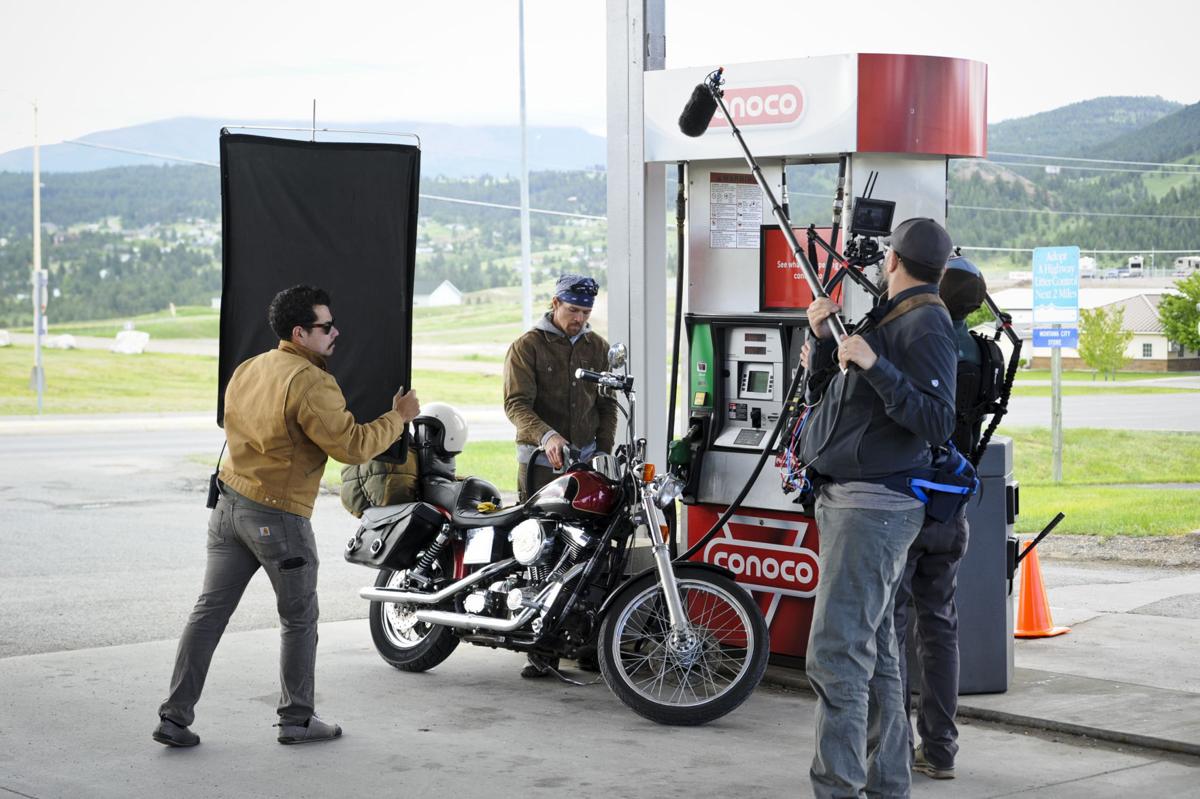 Zac Titus, a Carroll College graduate who played football for the Saints, acts in a scene from 'Two Yellow Lines' at the Conoco in Montana City. 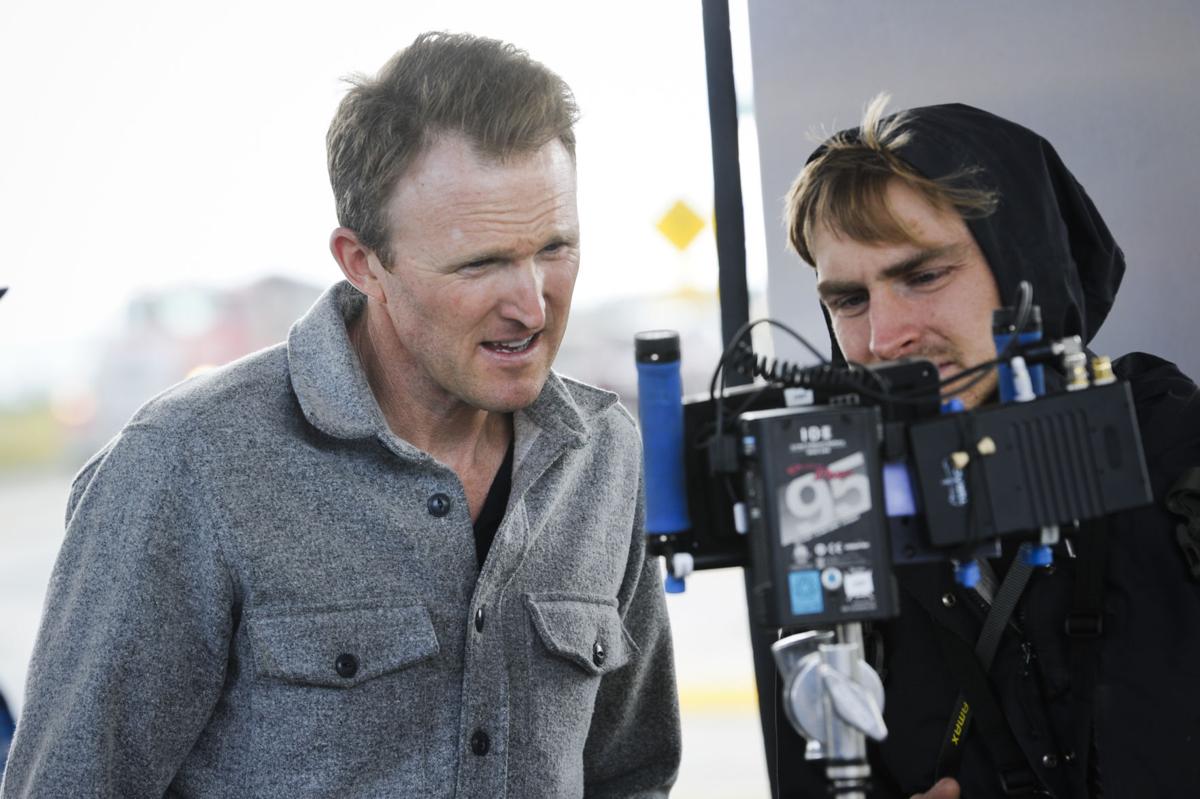 Director Derek Bauer reviews film while on the set of 'Two Yellow Lines' in Montana City in 2018. 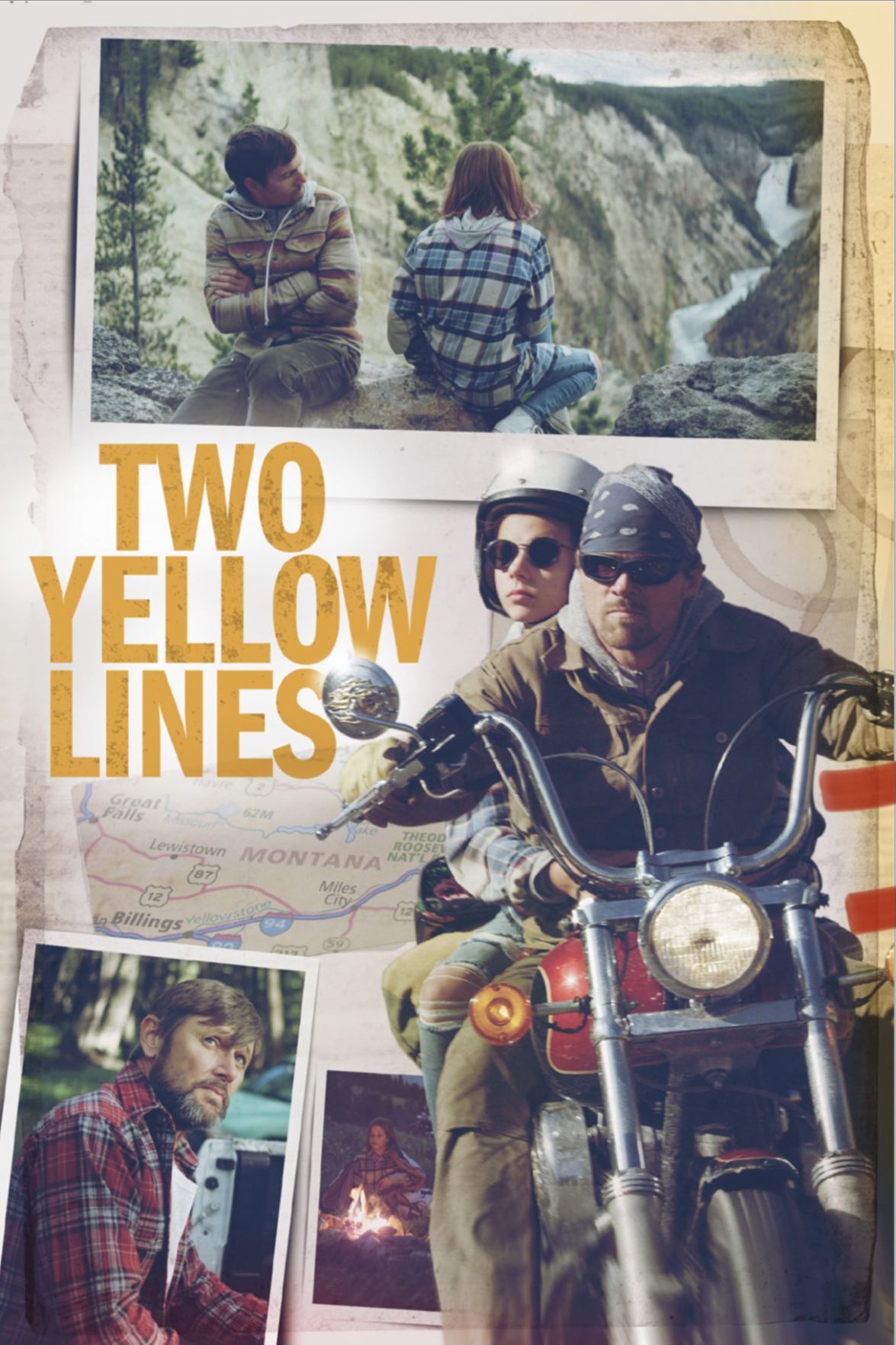 A poster for the film.