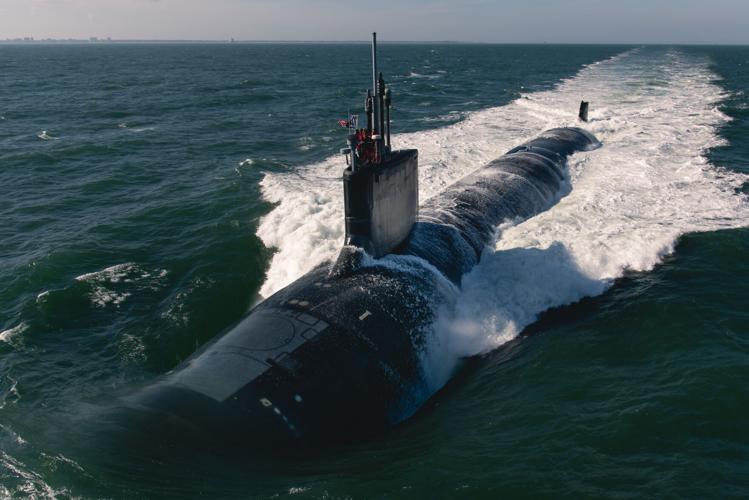 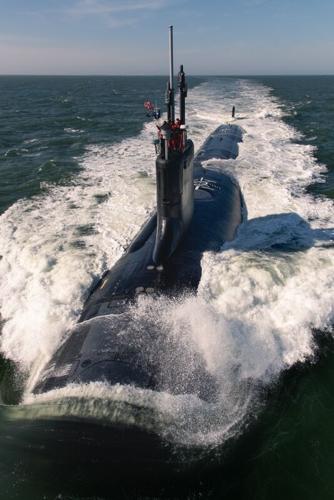 Nearly 100 Montanans are expected to soon be en route to Norfolk, Virginia, for Saturday’s commissioning of the submarine currently known as PCU Montana SSN 794, making it the USS Montana and the first Navy ship named after the Treasure State in more than 100 years.

Bill Whitsitt, chair and director of the USS Montana Committee, said he and the committee are looking forward to the big day at the Naval Station Norfolk when the ship is placed into active service.

“We are going to have a great time and very meaningful time,” he said.

But it won’t be the USS Montana in name only, as the entire $2.6 billion, 7,800-ton Virginia-class submarine built by Newport News Shipbuilding - Huntington Ingalls Industries and General Dynamics Electric Boat will have a Montana theme. Passageways are named for Montana rivers, such as the Missouri, Flathead, Gallatin, Jefferson, Madison and Yellowstone.

And the lowest part of the boat, which has one hallway, is called Bitterroot, Whitsitt said.

Berthing areas, where sailors sleep, are named for Montana places and towns such as Helena and Kalispell.

And there will be other Montana touches throughout the nuclear-powered fast-attack submarine.

“It took a lot of work and coordination but the crew is so excited,” Whitsitt said.

And the crew dining area is called the Big Sky Saloon. Currently, two of the 135 crew members are from Montana, but that number fluctuates.

Other Montana touches include a genuine peace pipe to be presented by Confederated Salish Kootenai Tribes elder and made by a Blackfeet artist.

A Native American drum group will also perform on Friday and Saturday.

The first and only commissioned USS Montana was an armored cruiser added to the U.S. Navy fleet in 1908. It was decommissioned in 1921.

Whitsitt said the first USS Montana had an original 18-piece silver service, which is now with the Montana Historical Society. He said the committee received a 3D scan of a plate with an etching of Meriwether Lewis seeing the Rocky Mountains for the first time that will be in a display case aboard the submarine.

And the crew has embraced some of Montana’s history, giving themselves the nickname “The Vigilantes of the Deep” in honor of the state’s period of vigilante justice in the 1800s.

On Thursday, members of the crew will get a taste of Montana as they feast on 200 pasties made in Butte. The pasties were frozen and shipped east.

Vice Chair Craig Anderson said Whitsitt is trying to arrange to have a couple chefs from the submarine come to Butte and learn how to make pasties.

For the past five years members of the crew have visited Montana and attended rodeos in Bigfork and parades in Kalispell. And committee members have taken the ship’s bell around the state. It’s a replica of the bell aboard the first USS Montana and honors the state motto of oro y plata (gold and silver). Melted into it are Montana gold and silver as well as gold and silver dolphin pins worn by submariners.

Whitsitt said it was important for the crew members, who often spend time in dangerous places, to have a feeling of love for them not only from Montana, but from everyone across the country.

Anderson said people were thrilled about the commissioning.

There is a no-host event Thursday evening for people to get acquainted and various events on Friday.

Anderson said people coming from Montana will be given a tour of the largest naval base in the world and take a cruise of the harbor. They'll also get a tour of the USS Montana. People signed up to attend by filling out forms on the committee's website, which were submitted to the Navy.

Gov. Greg Gianforte is expected to speak at the Friday and Saturday events, organizers said.

The nonprofit USS Montana Committee, which has raised nearly $200,000 over five years for the submarine, is volunteer. Whitsitt said the committee does not end with the commissioning.

“We have said from the beginning it is our intention is to have the committee to be the support group for the submarine for its entire 30-year life,” he said.

Virginia-class submarines, which are nuclear-powered fast-attack submarines, will replace the Navy’s Los Angeles-class submarines as they are retired. The submarines incorporate dozens of new technologies that increase firepower, maneuverability and stealth and enhance their warfighting capabilities. They have 12 Tomahawk missile tubes and four torpedo tubes, according to the U.S. Department of Defense.

Construction of the ship started in 2015. It was christened in September 2020 by Sally Jewell, the former secretary of the interior. It is now known as PCU (Pre-Commissioning Unit) Montana SSN 794 until it is commissioned.

Whitsitt said the USS Montana will remain in the shipyard for a few months, where it will have its software updated. It will then be moved to the Pacific fleet and be based in Hawaii.

“We can imagine some of the challenging areas they will go,” he said.

According to a tentative schedule posted on the USS Montana Committee webpage, the commissioning will be shown live online at https://www.dvidshub.net/webcast/28926.

The $2.6 billion sub is the first Navy vessel to be named after the state since 1908.

The $2.6 billion Virginia-class submarine will add the next generation of stealth, surveillance and special warfare capabilities to the Navy fleet, officials said.

Unbelievable! This is the moment a cobra vomits up a massive PVC pipe 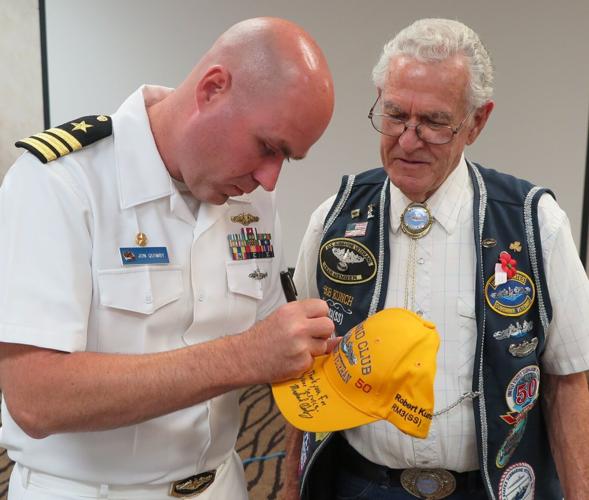 Cmdr. Jon Quimby signs a “Holland Club” hat for a Montana submarine veteran recognizing 50 or more years as a qualified submariner, during a visit to Montana in the past year. 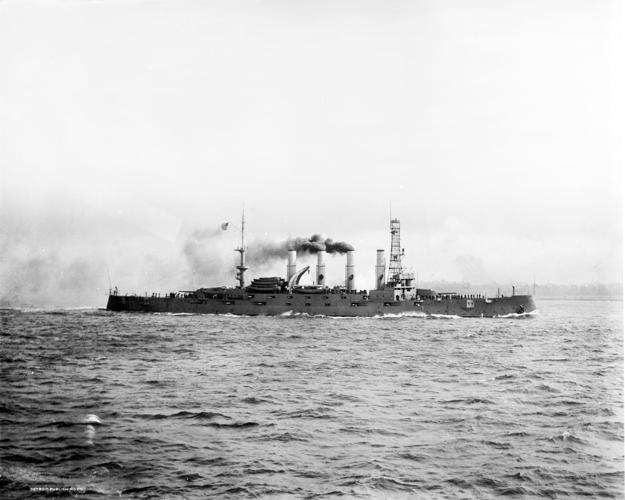 The former USS Montana is pictured in this Library of Congress photo. The ship served in World War I and was briefly renamed the USS Missoula before being scrapped. 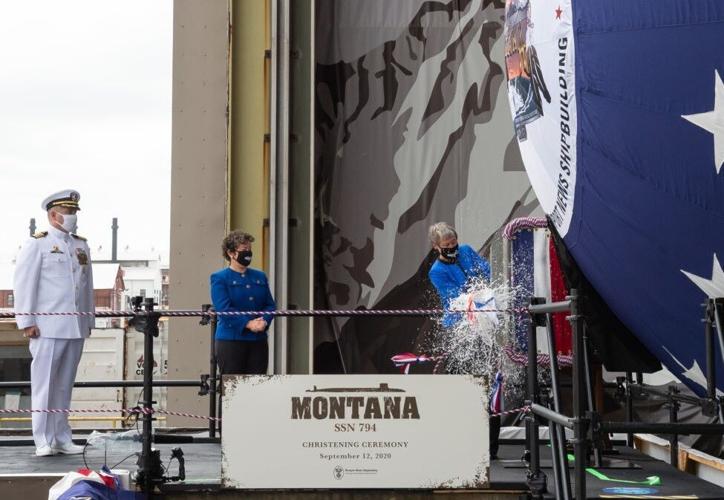 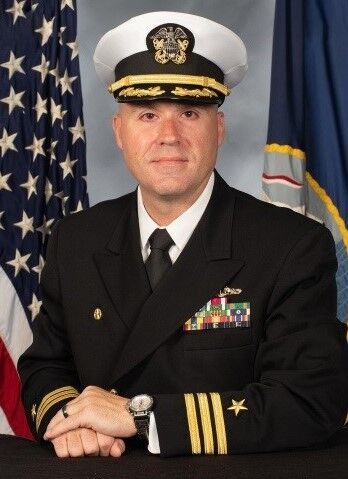