The Montana Historical Society is hosting a “Topping Out” ceremony at 1 p.m. May 17 in celebration of the completion of the steel framing of the $81 million Montana Heritage Center in Helena.

“Topping Out ceremonies are held to celebrate a major milestone in a construction project,” Kruckenberg said. “The steel beams, which will be put in place during the ceremony, will signify that the highest point of the new Montana Heritage Center has been constructed."

The center will be home to an expanded Montana Historical Society, in which visitors can learn about Montana’s history, stretching back 14,000 years to the days of the woolly mammoths, through the present day, officials said.

Ground was broken on the center in September 2020, following a nearly 15-year effort to build a new facility. Officials said the current museum was outdated and did not have the room to display the state’s extensive collections. It is expected to bring in 78,000 more visitors a year and create $7.5 million more in annual tourist spending. It will open in late 2024 or early 2025.

Funding for the project includes $41 million from the state accommodations tax, $7.5 million in general obligation bonds, and $900,000 in energy savings grants.

Often the workers, students, and others connected to the project are given the opportunity to sign the topping out beams to be part of history. Hundreds of students at 15 schools across Montana put their signatures on the beam during the past two weeks, museum officials said.

"Topping Out" ceremonies typically include putting a tree and a flag on the top beam, often hoisted to signal those below that the framing is complete.

“Sletten Construction, who is building the new heritage center, traditionally puts a small evergreen tree on top of the steel to symbolize the birth of a new building, and also as a good luck reminder to protect the workers from accidents,” said Colter Dahlstrom, Sletten’s project manager.

The new 66,000-square-foot addition will have expanded galleries, so visitors can see more of the art and artifacts held in trust by the Montana Historical Society. It also will include meeting rooms for up to 300 people and a public café.

As part of the project, the historical society's current 70-year-old building also will be renovated with new classrooms and expanded galleries and research center.

Filmmaker who graduated from Helena High returns for special presentation

The open air market traditionally runs through the last weekend of October.

A record number of 96 nonprofit organizations have signed up to benefit.

One rental unit posted as available on Facebook in September had more than 300 applicants within 36 hours. 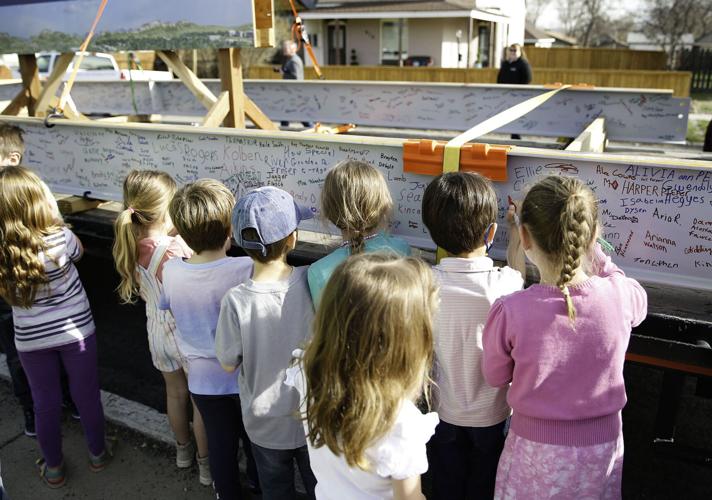 Students from Broadwater Elementary School on Thursday signed the center beam that will be installed at the Montana Heritage Center on May 17. 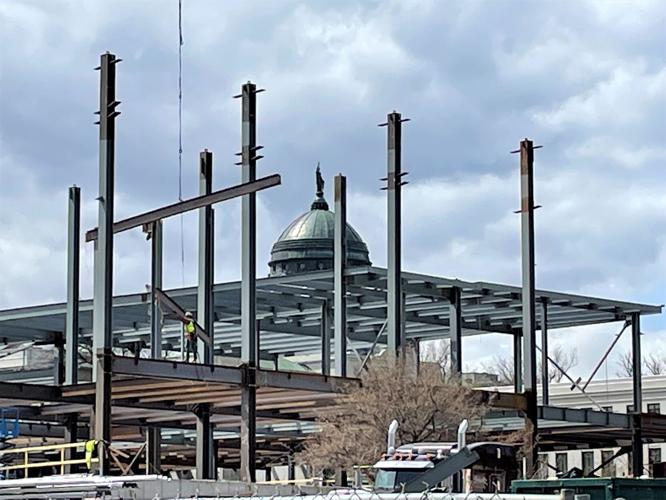 Construction workers erect the steel frame of the new Montana Heritage Center in the shadow of Montana’s Capitol on May 2. 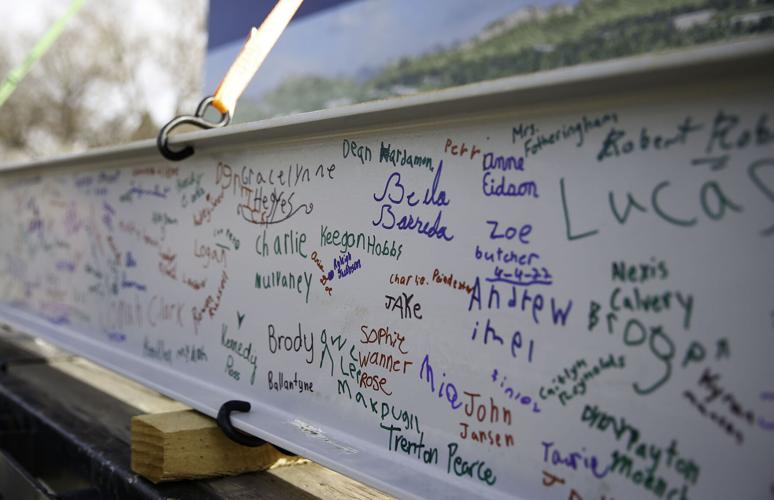 Students from Broadwater Elementary School signed the center beam that will be installed at the Montana Heritage Center on May 17.