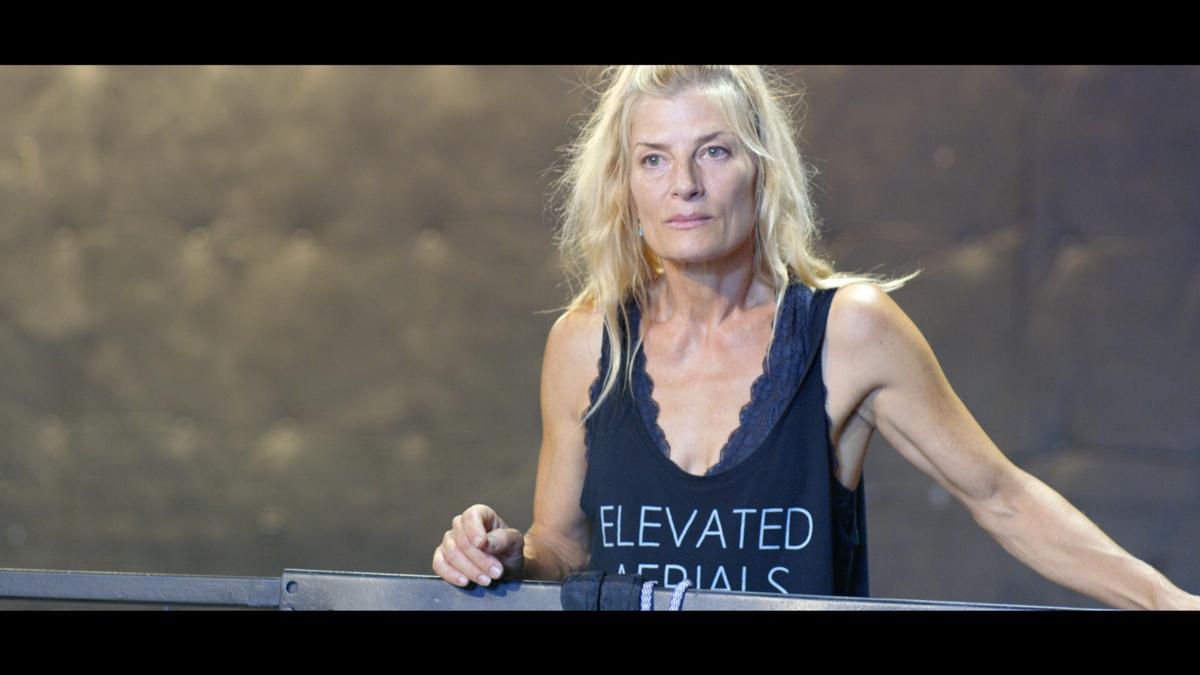 Dreya Weber stars in 'The Aerialist,' a film about a rock farewell tour by a group of aging aerial performers. 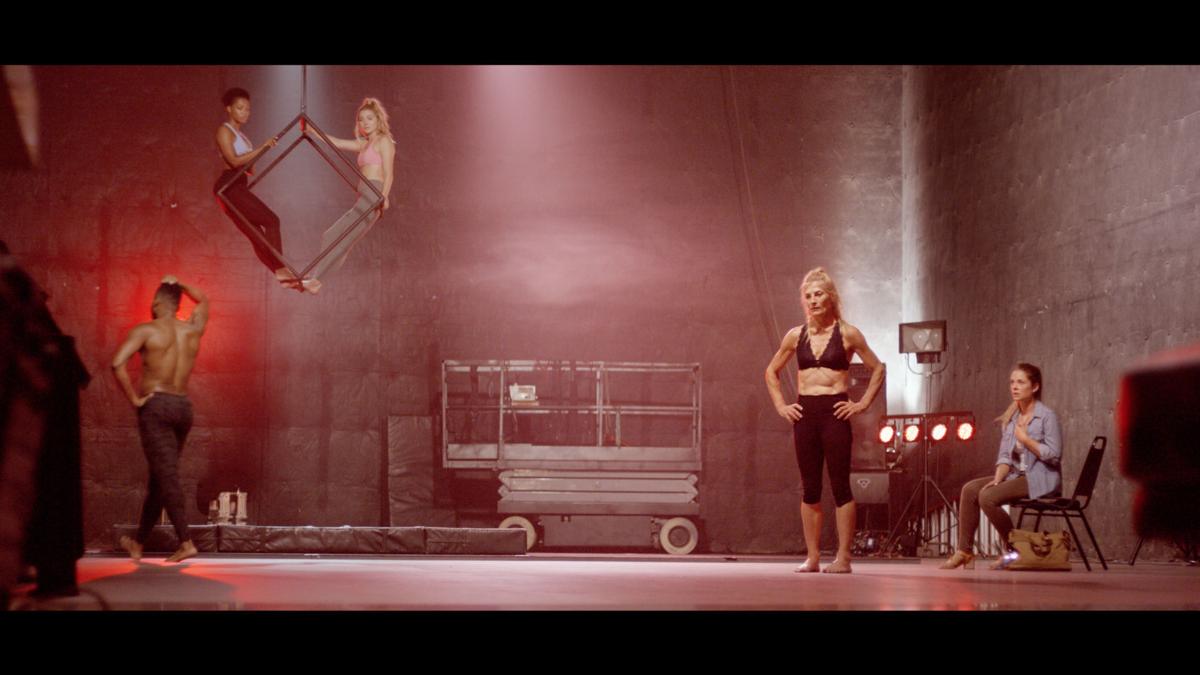 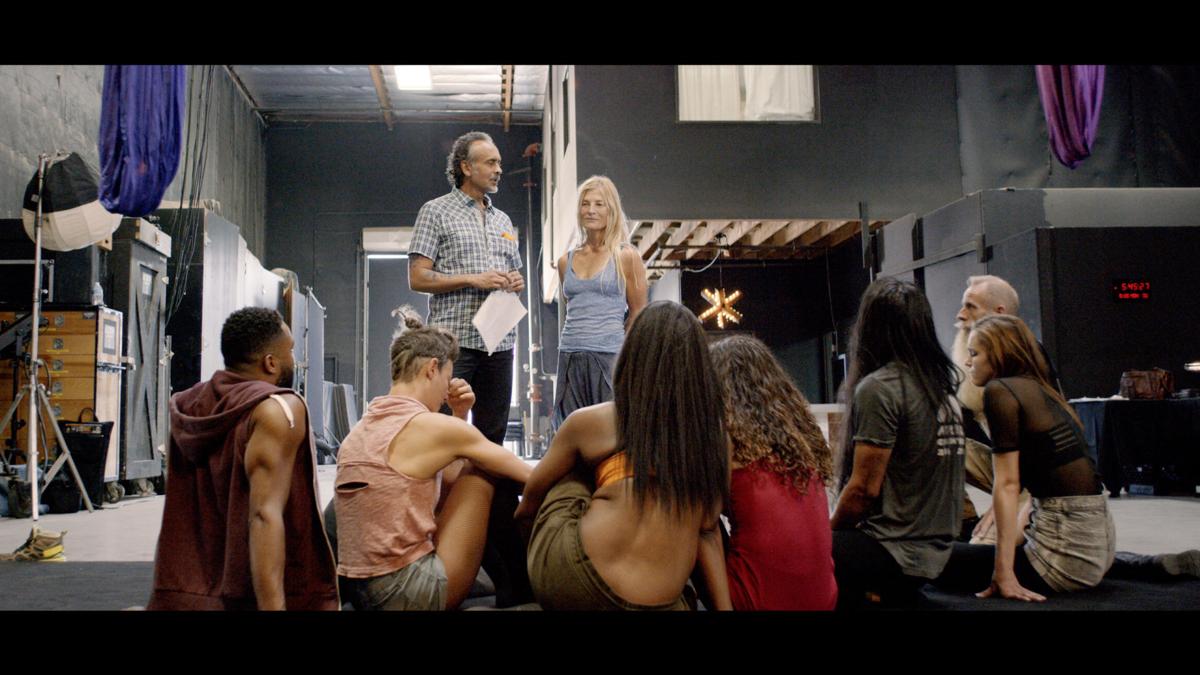 “I have a very distinct memory of my first flying dream,” Dreya said in an IR phone interview. 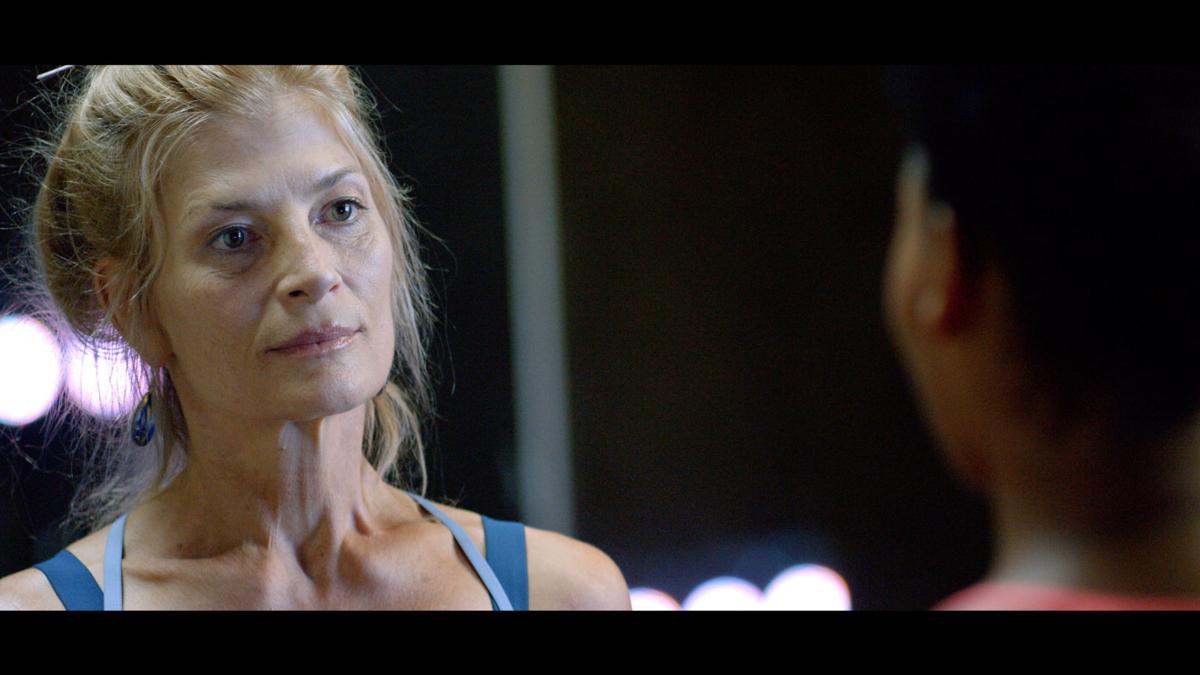 Dreya Weber is not anywhere near to hanging up her career, although she’s 59 years old. 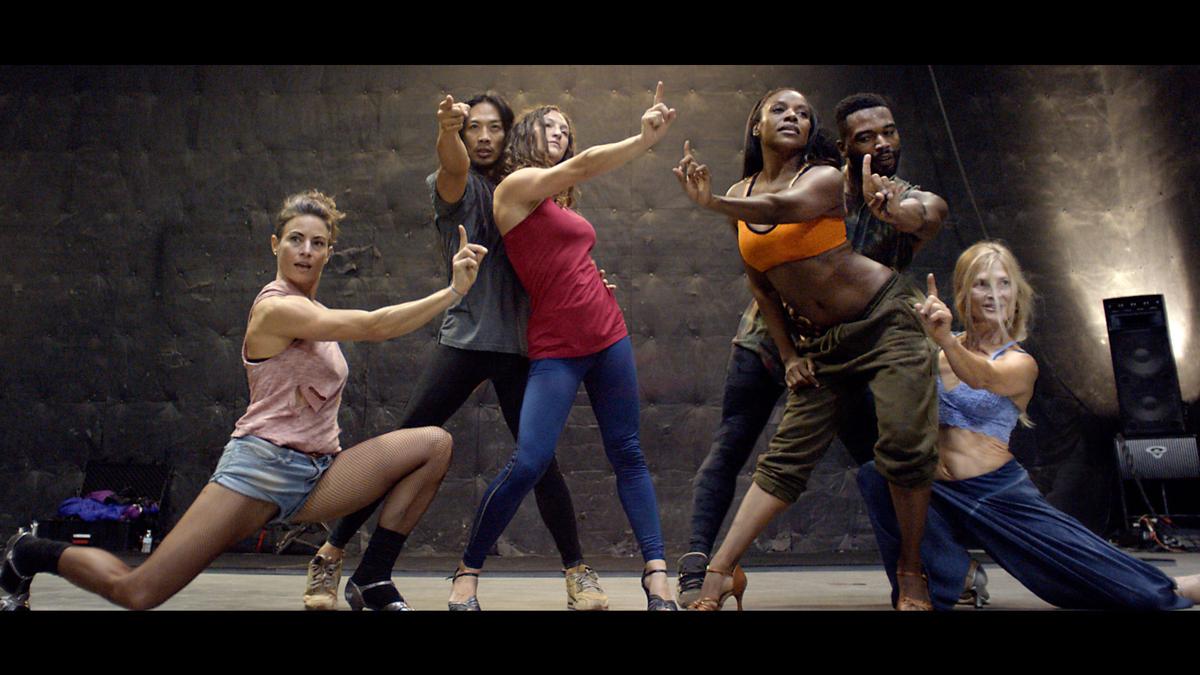 "I want to see what it’s like to be a 75-year-old who can still fly," Dreya Weber said.

What: ‘The Aerialist’ film showing and Q&A with star Dreya Weber

She still remembers it clearly.

The rest is history, as the saying goes.

She stars in a new independent film, “The Aerialist,” showing one night only at The Myrna Loy, 7 p.m. Friday, July 24, followed by a Q&A with her.

Some Helenans might be familiar with Dreya Weber’s graceful aerial dancing -- if they happened to see her perform “Witch Piece” at the Holter Museum of Art last July, for the opening of “Understory/Overstory,” an art installation by her sister Cathy Weber.

“I have a very distinct memory of my first flying dream,” Dreya said in an IR phone interview. “My body was like a glider, flying over a field of grass and watching wind patterns blow on the surface of the grass from above and feeling the silence and being able to dip an arm and it would act like a wing and I could swoop and turn.

“And then the first time I flew on a flying trapeze, that night I laid in bed and felt my body echo the same feeling I had in the dream.

“‘It was a feeling of buoyancy and also sweep, and mostly liberation, freedom and joy.

“I had been a dancer and studied dancing and gymnastics and was an All-American gymnast in college. All of that paled in comparison with when I flew.”

She didn’t like the trick aspect of circus performing, she said, which is where she first did trapeze work.

She was much more interested in using aerial movement for storytelling.

No one had aerial schools at that time in the 1980s, she said. So, she picked up what skills she could and taught herself to use different aerial equipment.

“It was a wonderful way to learn and very thorough.”

In 2002, she got to dance and choreograph a show for Cher’s first farewell tour, which lasted three years.

“Pink saw my work and I worked with her for 16 years,” including choreographing Pink’s 2010 Grammy performance.

She also worked on Madonna’s tour, and with numerous other major pop stars including Michael Jackson, Katy Perry, Christina Aguilera and Taylor Swift.

“I loved the work but didn’t want to live in that world either,” she said.

However, it was work like that which is featured in “The Aerialist.”

Although the film is not a documentary or biography of Dreya, it does theatricalize the types of experiences dancers have in big pop arena shows.

“It was a world run by money and big corporations, and all of the concerns of that world can be incredibly harsh on performers," she said.

In the film, written and directed by Ned Farr, the story revolves around a farewell rock tour, focusing on aerialist Jane Hawkins, played by Dreya, and a group of experienced dancers and aerial performers who call themselves The Family.

A new, young director comes in who starts changing up the aerial show and pushing performers into dangerous situations.

“Dancers and physical performers are lowest on the totem pole,” Dreya said.

The ageism portrayed in the film “is certainly a truth.”

Like the aerialist Jane Hawkins, Dreya’s not anywhere near to hanging up her career, although she’s 59 years old.

“I’m still astounded that I’m able to do everything I want to do and despite my injuries can still explore story told through the air…. I want to see what it’s like to be a 75-year-old who can still fly.

“There are no rules if we are lucky enough to be healthy. We keep doing what brings us joy. I’m really grateful I’m healthy enough to keep exploring this world because it is so transcendentally joyous to me to be lost in the air -- with an audience.”

She’s convinced all people have dreams of flying. And when she’s at her best, “it’s an invitation to others to experience it with me.”

“The most important thing,” she said of the film’s message, “is that there’s always hope and to take action toward hope. The burden of feeling that our mistakes or disappointments are permanent -- the film addresses that. We always have opportunities to make choices and shift our future and shift the next moment.”

Dreya’s other films are “The Gymnast,” a prequel to “The Aerialist,” and “A Marine Story.”

Unlike the previous film releases, which did very well on the film festival circuit, “The Aerialist” is needing to fly its own path. With COVID-19, many film festivals are canceled.

Dreya and Farr are appearing at film openings, and a number of cast members are taking to social media to promote it.

“It’s all very sad,” she said, “but we all have to adapt to our circumstances.”

The film’s now being streamed on a variety of streaming platforms.

The pandemic is also playing havoc with live aerial performances.

She would have been in Holland choreographing a production of “Midsummer Night’s Dream.” Instead, it’s postponed two years, but the future of that theater company is now uncertain.

However, in Holland the arts receive government support.

In the United States, large companies like Disney will survive the pandemic, but she fears that smaller dance and theater companies and performing arts centers may not.

According to court documents filed by St. Peter's Health, an oncologist who was dismissed from the hospital last year incorrectly treated a pa…

A 37-year-old Helena man was arrested on suspicion of trying to kill his girlfriend.

COVID-19 vaccination clinics will be held next week for Lewis and Clark County residents who are 70 or older, and for medical workers who were…

Phase 1B begins in Lewis and Clark Co. as residents 70 and older are vaccinated

Some residents of Eagles Manor in Helena said they probably could have gone to a drive-thru clinic or elsewhere to get their COVID-19 shot.

Dreya Weber stars in 'The Aerialist,' a film about a rock farewell tour by a group of aging aerial performers.

“I have a very distinct memory of my first flying dream,” Dreya said in an IR phone interview.

Dreya Weber is not anywhere near to hanging up her career, although she’s 59 years old.

"I want to see what it’s like to be a 75-year-old who can still fly," Dreya Weber said.