With high temperatures in the forecast for Saturday, event organizers are encouraging people to bring lots of water to the Symphony Under the Stars event to stay hydrated. "With potentially 18,000 people on campus the only way people can stay hydrated is to bring lots of their own water," Carroll College President John Cech said.

Dance and sway to the beat of The Police, Queen, The Eurythmics, Sting, David Bowie, The B-52s, U2, Pat Benatar, Peter Gabriel and more.

The concert typically draws thousands, but was canceled last year due to the pandemic.

“I think people are excited to be back,” Scott said. “We’ve never had the reserve seats sell that fast.”

The concert is one of the big official event openings in Montana since the pandemic, said Scott.

Expect to hear some of your favorite hits from the “Totally Awesome ‘80s,” and get into the groove -- miniskirts, BIG hair, huge ear rings, fluorescently bodacious pants and high tops, welcome.

“It’s just such a good opportunity to get together,” said Scott. “The ‘80s is a great way to do it. It is such a light-hearted atmosphere. It’s serendipitous that we're having it this year. We need something light-hearted.”

A core group of rock singers and band members from Canada and U.S. cities are descending on the city to join 52 members of the Helena Symphony Orchestra on stage to make for a loud and memorable night of music.

“Peter is this amazing arranger we chose,” who arranged the orchestral versions of these hit rock and pop tunes to create the “Totally Awesome ‘80s” program, said Scott. “He created these works, so people can relive great memories.”

The first half of the show opens with U2’s “Where the Streets Have No Name,” and then moves on to Earth, Wind & Fire’s “Let’s Groove,” with songs by Tears for Fears. The Pretenders, Sting, David Bowie and closes with Peter Gabriel’s “In Your Eyes.”

The second half opens with Queen and David Bowie’s “Under Pressure,” The Bangles, “Walk Like an Egyptian,” and a host of other songs, closing with The B-52’s “Love Shack,” and fireworks finale.

Peter Brennan’s business, Jeans ‘n Classics, offers 40 different pop and rock music shows that he’s written orchestral arrangements for -- from Queen and Led Zeppelin to The Police, The Awesome ‘80s, a disco show and more -- all of which have been performed by orchestras across North America.

Brennan fell in love with music when he saw The Beatles on the Ed Sullivan Show as a kid, and found himself listening and playing everything from Gilbert & Sullivan to The Rolling Stones.

As a studio music producer, he arranged music for a number of bands, he said, adding in strings or brass arrangements for a work.

Then as rap and grunge became popular, Brennan saw a lot of the things he adored in music -- layers of beautiful vocals and the use of orchestral music in the studio -- were giving way to a whole different musical scene.

People love the idea of orchestras doing pop/rock music, Brennan said, where a great guitar solo can be backed up with a bank of violins.

The “Totally Awesome ‘80s” “makes you smile because there’s some tunes people haven’t thought of in a while,” he said.

“And if you’re a pop music lover and never heard an orchestra live, it’s a real buzz to hear them do it.

“Some of this is so danceable. It’s just a lot of fun.

“The ‘80s is just a time of reckless, outrageous abandon.

“At an outdoor concert, the whole vibe of the whole thing will be appealing to people. They’ll like it. They’ll have fun with it. Also, they’ll hear the orchestra wailing.”

And then there’s the added grand finale fireworks burning up the sky to the sounds of “Love Shack.”

More concert information is available at

What: Intrepid Credit Union Symphony Under the Stars

(Sponsored by Carroll College and the Helena Symphony, with major funding by Intrepid Credit Union)

When: 8:30 p.m. Saturday, July 17 (but best to set up your blanket Friday afternoon or evening)

Info: (See sidebar with info about setting up)

Going to the show

To secure a good seat for the show, early blanket placement is allowed from 3-5 p.m. on Friday, July 16, with a $5 per blanket cash donation to the Boy Scouts, who will be on site providing security.

Bring canned food to hold down your blanket and to donate to Helena Food Share Saturday night.

Pets, plastic tarps, paint, rocks or stakes are prohibited on the lawn at all times.

Picnic dinners are encouraged, and there will be a variety of local vendors on site selling food and beverages.

Merchandise, including T-shirts and this year’s art print by local illustrator Connie Bergum, will be available at a booth near the vendors.

About 20 homes were briefly evacuated Saturday afternoon amid a wildfire caused by fireworks in the Nob Hill area of Helena's South Hills, off…

A 30-year-old Helena woman has been accused of assaulting a child and meth possession.

The Lewis and Clark County motor vehicle department is expanding staff and offices, while the state plans to replace its computer system for r… 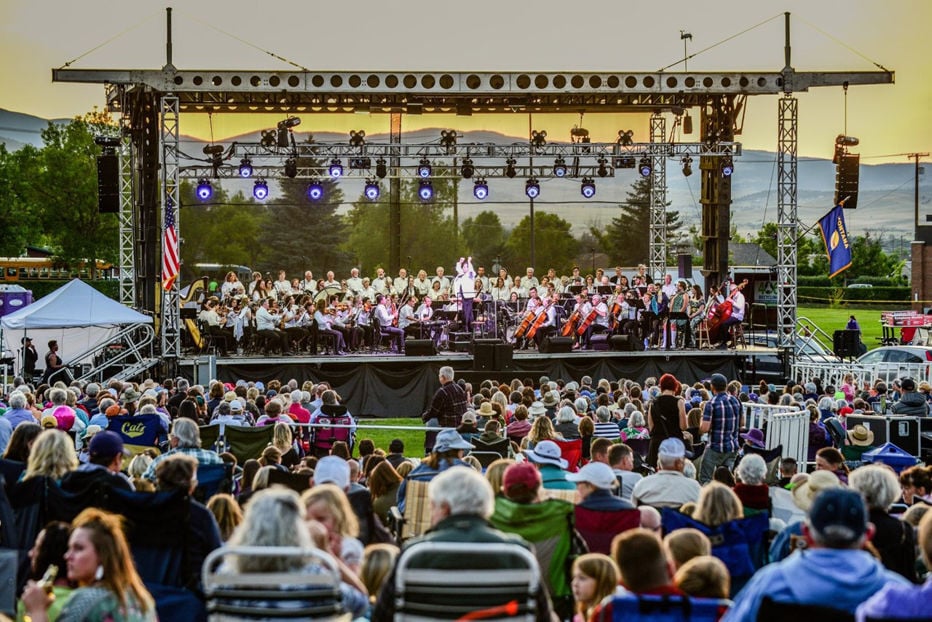 The Symphony Under the Stars concert typically draws thousands, but was canceled last year due to the pandemic. “I think people are excited to be back,” said music directory Allan R. Scott. 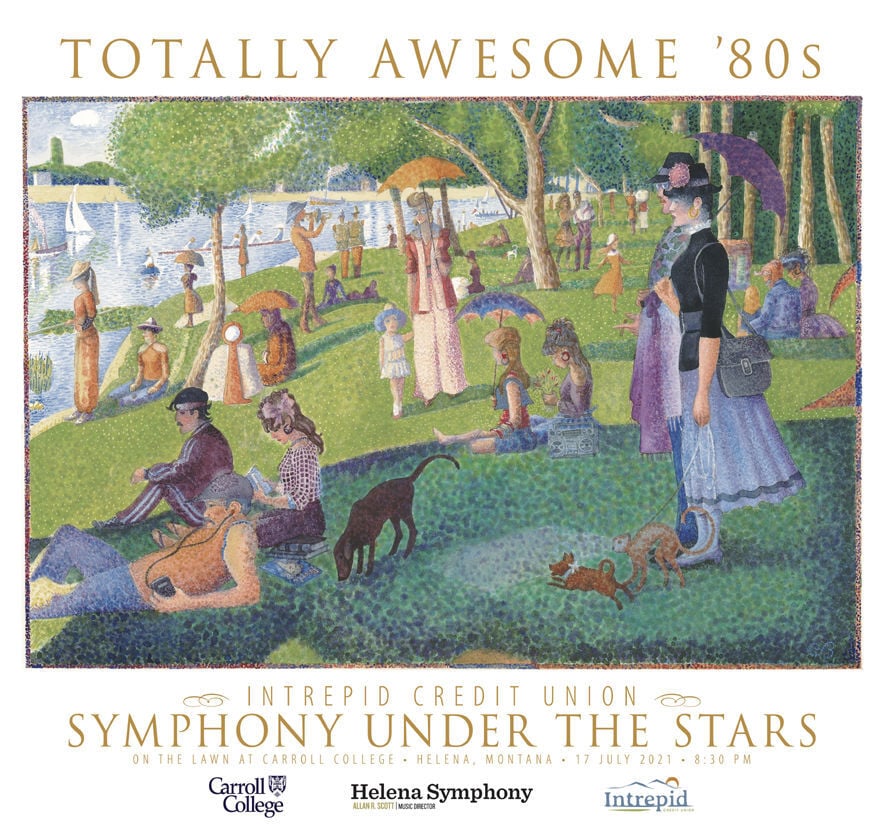 The 2021 Symphony Under the Stars poster. 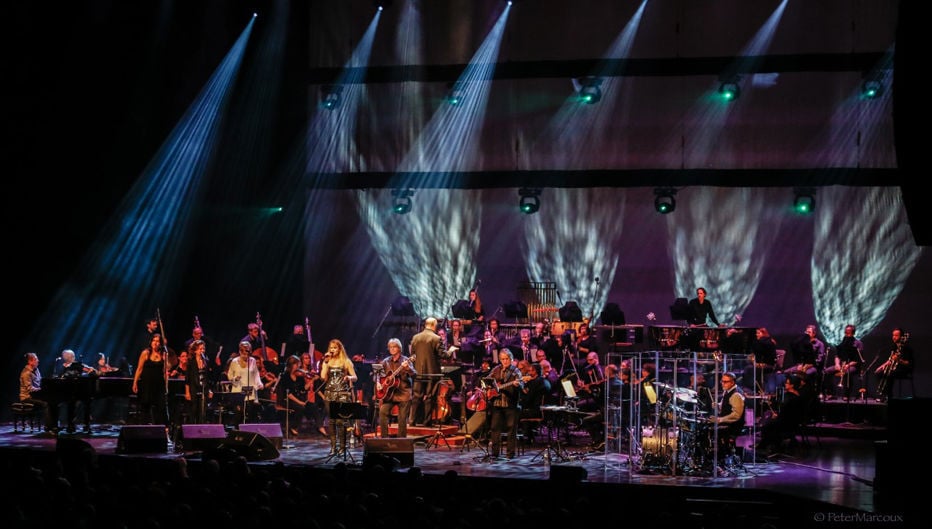 A core group of rock singers and band members from Canada and U.S. cities are descending on the city to join 52 members of the Helena Symphony Orchestra on stage to make for a loud and memorable night of music. 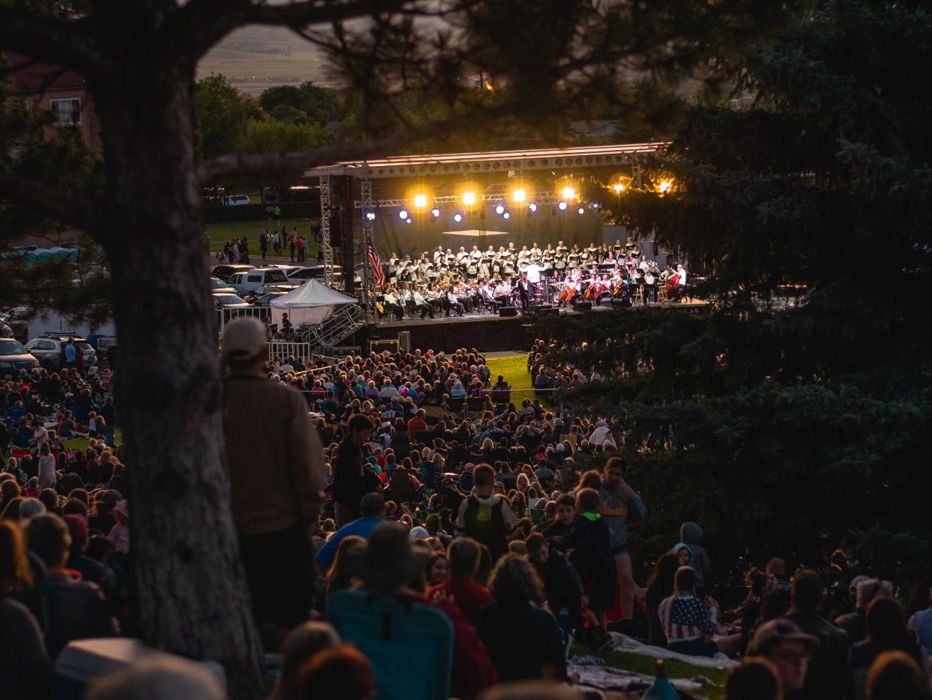 “At an outdoor concert, the whole vibe of the whole thing will be appealing to people. They’ll like it. They’ll have fun with it. Also, they’ll hear the orchestra wailing," said Peter Brennan. And then there’s the added grand finale fireworks burning up the sky to the sounds of “Love Shack.” 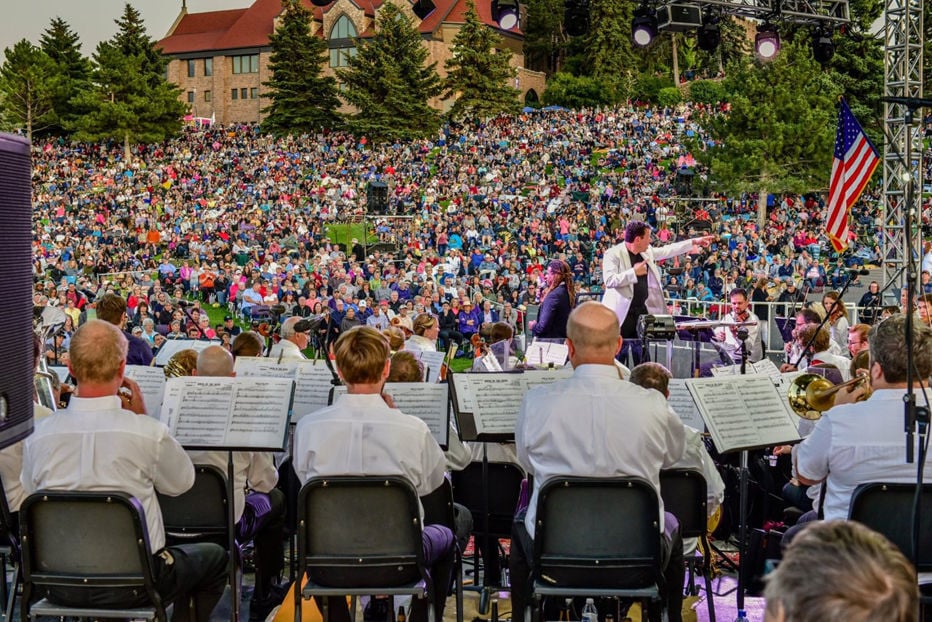 Dance and sway to the beat of The Police, Queen, The Eurythmics, Sting, David Bowie, The B-52s, U2, Pat Benatar, Peter Gabriel and more.