A student accused of brandishing a pocket knife during a confrontation with another student has been removed from Helena Middle School pending an investigation by the Helena Police Department.

A video that was taken by a student and circulated on social media shows a student carrying what appears to be a knife while walking toward another student. School district officials said the confrontation took place after school Wednesday on what is often called the "Lazy Green" across the street from the middle school.

The 13-year-old boy has been charged with felony assault with a weapon and transported to the Juvenile Detention Center in Great Falls, according to a statement from the Helena Police Department. Lt. Brett Petty said the case is active, and the investigating officer was still following up with witnesses Thursday afternoon.

Helena Public Schools Superintendent Tyler Ream said the school district doesn't want to do anything to impede the police department's investigation, which will help inform the school district's decision regarding any possible disciplinary action.

"We will have to follow law enforcement's lead on this," Ream said.

In a letter to HMS parents, Principal Cal Boyle wrote that the administrative team is working with the involved students, their families and law enforcement regarding the situation. 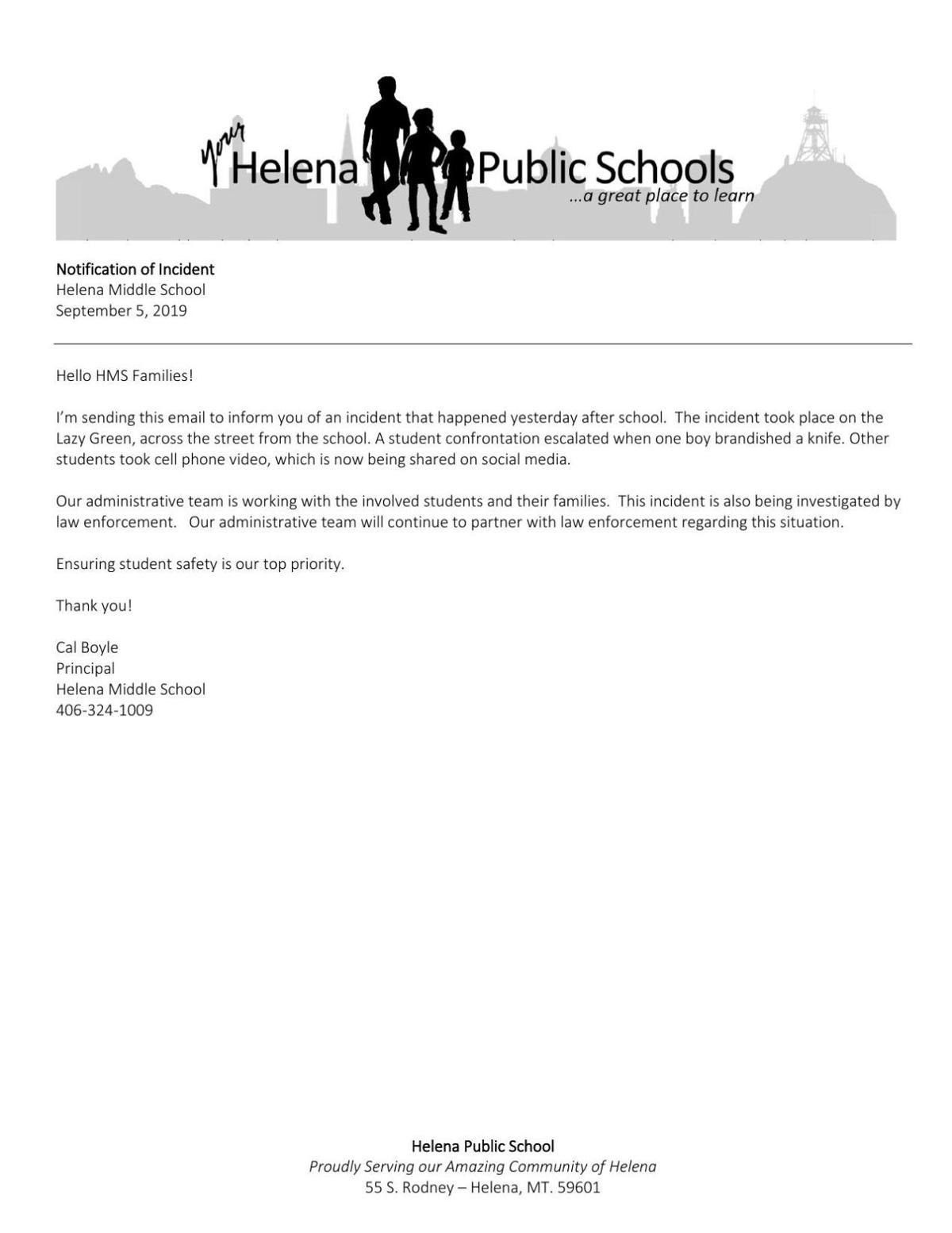 From what I read school officials didn't get the video directly from the student - they found it on social media? If this is true the student who took the video needs to be reprimanded for not going to school officials immediately. Getting back to the story on the kid with the knife I'm glad to hear no one was hurt. Reminds me of when Jeremy Bullock was killed in Butte years ago. There must be a reason why the kid had a knife and that will tell "the rest of the story".