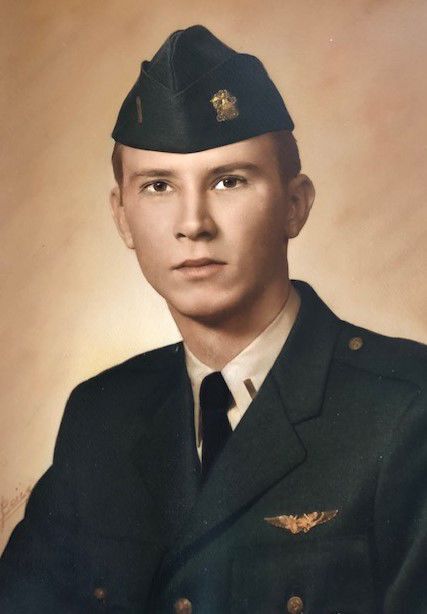 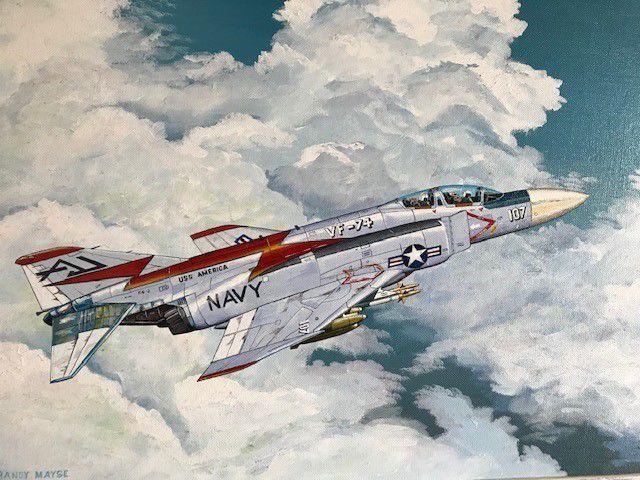 HELENA -- As an F-4 Phantom II jet fighter RIO during the Vietnam War in the early 1970s, Navy Lt. Richard Schoyen flew in 107 combat missions and logged over 700 flight hours, mainly over the deadly skies of North Vietnam. He survived about 250 aircraft carrier landings, three near mid-air collisions, and one dual engine failure at 50 feet above the deck.

And there was also the time he found himself in a “shooting gallery” over a large Vietnam city due to a typo by the Red Crown controller.

Richard was born in Houston, Texas, and graduated high school there in 1964. After attaining his bachelor degree in math and engineering at Lamar University, he enrolled at the University of Texas, for graduate studies.

But he soon dropped out and started Naval Aviation OCS at Naval Air Station Pensacola, Florida. In May 1969 he was a commissioned Ensign in the Navy Reserves.

Graduating near the top of his class, he was assigned to Radar Intercept Officer training, the F-4 Phantom II. After RIO training at NAS Glynco, Schoyen reported to Fighter training Squadron (Replacement Air Group) at NAS Oceana, Virginia.

He then spent a 30-day deployment in the Caribbean on the USS Kennedy. More in-depth training fully qualified Schoyen in December 1970, being assigned to Fighter Squadron 74.

Aboard the USS Forrestal and given the call sign “Shadow,” Lt. JG Schoyen deployed for a Mediterranean cruise, with the assignment of guarding the fleet from the Soviets, and taking part in joint exercises with our allies.

“One day the order came to ‘launch the alert F-4s’ – ops had identified five inbound ‘bogies,’” he recounted in his memoirs The Bucket List. “As the pilot (Jim) and I were preparing for launch, our wingman reported engine trouble and had to abort. In what even surprised Jim and I, we located, identified, intercepted, and defeated in air combat all five aircraft – in a matter of a few minutes.”

In April 1972, Schoyen transitioned with the squadron to the F-4J with Air Wing 8 aboard the USS America.

Originally slated for a Med cruise, when the North Vietnamese Army crossed the DMZ on Easter of 1972, only two ships were ready for immediate deployment to the Gulf of Tonkin – the Saratoga and America.

The carriers first operated in the Linebacker air campaign out of Dixie Station, off the South Vietnam coast, involved with close air support missions for ground troops, along with direct attack on NVA troops and anti-aircraft emplacements below the DMZ.

After a successful bombing mission on their very first flight and returning for recovery (landing), they were given the OK to do a low pass along the port side of the carrier.

“This is an event where an aircraft flew from stern to bow at deck level,” related Schoyen. “We wanted it to be spectacular so we were moving at a high rate of speed…(but) we hadn’t noticed that our velocity had surpassed the speed of sound – we were supersonic only feet from the deck.”

Apparently the ensuing sonic boom knocked dishes in the mess area 3 feet off the table, while earning the offenders a 24-hour grounding.

Next they moved to Yankee Station and the far more intense skies over North Vietnam. The F-4s flew armed reconnaissance in pairs, provided fighter escort for photo-recon missions, and served as bombers for or provided security for large alpha strikes – bombing missions involving as many as 70 aircraft.

“Being shot down here probably meant you weren’t going to make the prom that year,” Schoyen wrote.

On one particular mission he and a pilot (Jay) were the No. 3 and No. 4 of a four-plane division led by the CO and his RIO. The mission brief was to approach the NVN coast, then split into two-plane sections; the CO leading his on its task, and Richard and Jay leading theirs to an orbit point off the coast, looking for MiGs.

However, due to a snafu in communications from the controller, the three and four planes were erroneously “vectored inland,” and suddenly found themselves under attack over a large city.

“Anti-aircraft guns were using us for target practice and a surface to air missile exploded between our two aircraft…we (then) headed ‘feet wet,’ out over the gulf,” he wrote.

Upon their return, Fleet Command wanted to know “what the hell” two of their F-4s were doing flying in circles over Nam Dinh like a carnival shooting gallery target.

“As it turned out, the Red Crown controller had inadvertently typed an ‘O’ instead of a ‘Q’ into his computer, thereby sending us to an orbit point over one of the largest cities in North Vietnam.”

In November, the annual bombing halts took place to give the North Vietnamese time to “talk.” When the air war resumed “on steroids” on Dec. 18, 1972, Linebacker II had B-52s bombing targets around Hanoi for the first time.

“VF-74 F-4s struck targets near the coast and provided security for the carrier and other carrier aircraft,” explained Schoyen. “The squadron eventually returned to NAS Oceana, and I returned to civilian life in May 1973.”

Schoyen has lived in Montana since 1977, except for two years in Texas. He has served as a policeman in Houston, and he spent 33 years as a college math professor, along with 16 years with the criminal justice system as a police firearms instructor.

The father of two, Richard and his second wife Beth retired to Helena in 2012. Their bucket list accomplishments include traveling the world together.

Schoyen’s exploits in an F-4 garnered seven Air Medals and an NCM with combat “V.”

“But my proudest moment came when in my final officer’s evaluation, my CO acknowledged my contribution as Electronic Warfare and RIO Training Officer to the squadron’s success in not losing a single aircraft in combat,” he said.

Read our 2020 Stories of Honor, honoring area veterans for their service

HELENA — “Who's the best pilot you ever saw?” a reporter asked Gordon Cooper in the movie "The Right Stuff."

HELENA -- “I’m not sure exactly why I was motivated to serve, but partly because there was a war in Vietnam,” said Helena veteran Mike May, wh…