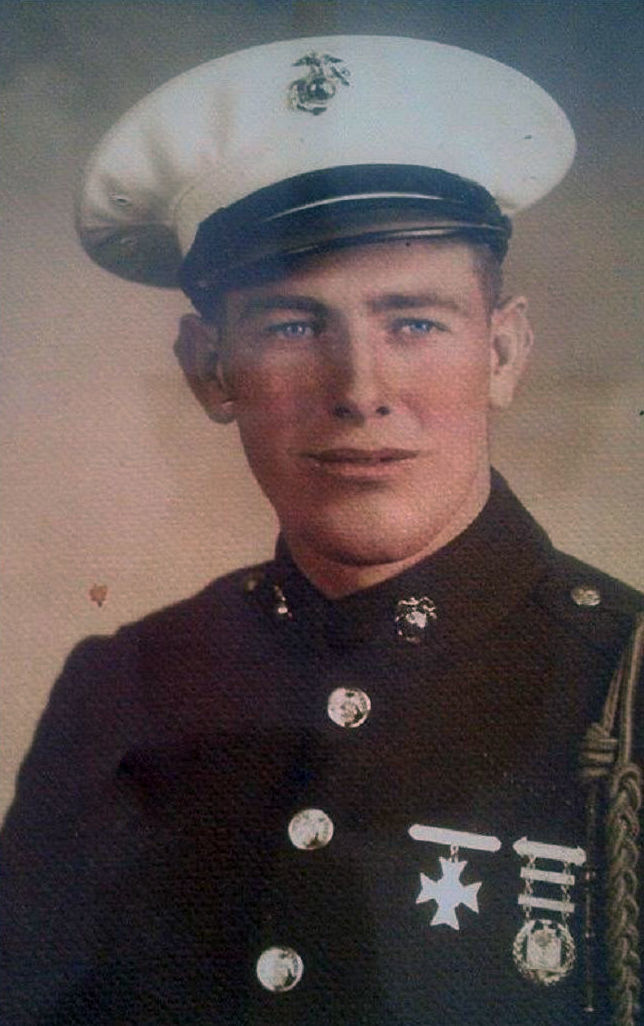 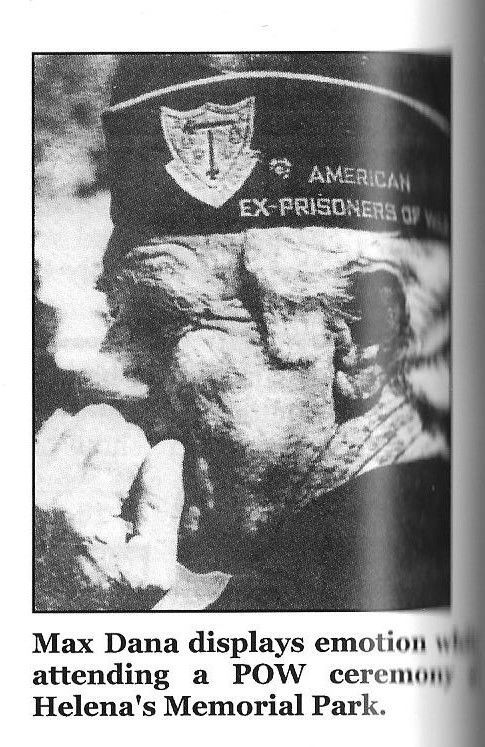 The late Max Dana (1920-2012), a U.S. Marine and former World War II prisoner of war, witnessed sights that were so horrific and survived ordeals that were so horrendous, it took 50-plus years before he could even talk about it.

Dana enlisted in the Marines in Ogden, Utah, at age 19, and then deployed to the Wake Islands in November 1941. On Dec. 7, after the surprise attack on Pearl Harbor, the first wave of 27 Japanese bombers sneaked in under heavy clouds and attacked Wake, Wilkes and Peale islands.

"They came in so low, that we could see the expressions on their faces," Dana wrote in his 2000 memoirs.

Next, Japanese bombers made continuous runs for 16 straight days, and “when they released their bombs it looked like they were letting down a Jacob’s Ladder,” he wrote.

After repelling several assaults, on Dec. 23, a flotilla of 63 enemy warships and an aircraft carrier surrounded the islands and attacked.

There were 60 Marines on Wilkes Island, and Dana described repelling two landing crafts of 160 Japanese.

"Each sweep of our (50-caliber) machine gun would mow down everything in its way," wrote Dana, whose nest was closest to the beach. “After a long burst it would get hot and seize up. The bolt had to be removed, freed up with oil, and replaced, hopefully in time to ward off another attack."

They then made it over to Wake Island to lend support, only to learn that the main island had already surrendered. Reluctantly dropping their weapons, and it was the start of PFC Max Dana’s 3½ years of living hell.

Stripped to the waist and their hands tied behind their backs with wire, the Americans were led past the battle carnage to the airport ruins.

One guard smirked, "You have one hour to live!" But a high-ranking official ordered the prisoners spared. After two days of no food and very little water, on Jan. 12, 1942, they boarded the prisoner escort ship Nita Maru.

In the port of Yokohama, five leathernecks were beheaded in a "show of strength and superiority over America."

The ship then sailed to Shanghai, China, where they hiked 12 miles to the Woosung prison camp. The constant torture was horrific, consisting of solitary confinement or being forced to stand at attention overnight until they dropped, for the slightest infractions.

Max described numerous beatings, including when a guard “pounded on me like a punching bag while I stood at attention until his knuckles got tired.” Then another guard dropped the Marine with a rifle butt to the head.

In May 1945, the Japanese hauled the POWs to Japan’s northernmost island of Hokkaido, where they were forced to work 12-hour shifts in the coal mines for 10 straight days.

With a frigid winter ahead and insufficient blankets and clothing, “It didn’t look good for me,” related Dana, who was down to 136 pounds on his 6-foot-1 frame, in the fall of 1945. “I knew I couldn’t survive another winter.”

But soon after the bombing of Hiroshima and Nagasaki, Japan surrendered.

After the war, the construction of Canyon Ferry Dam brought brothers Lee, Max and Ken Dana to Montana. Max then worked for the highway department, building roads for 12 years, before operating Big Sky Ready Mix from 1966-86.

“I never did any more than any other vet,” Dana humbly told this reporter during an interview in 2001.

Curt Synness, a Navy veteran, can be reached at 594-2878 or by email curt52synness@gmail.com. He’s also on Twitter @curtsynness_IR.

On Saturday, the bridge at the confluence of the Missouri and Dearborn rivers was officially renamed the Michael John MacKinnon Memorial Bridg…

The Michael John MacKinnon Memorial Bridge will be dedicated on Saturday north of Helena.

Like the Elton John song — after a lifetime strewn with combat wounds, police department injuries, serious PTSD and the leveling of his home b…