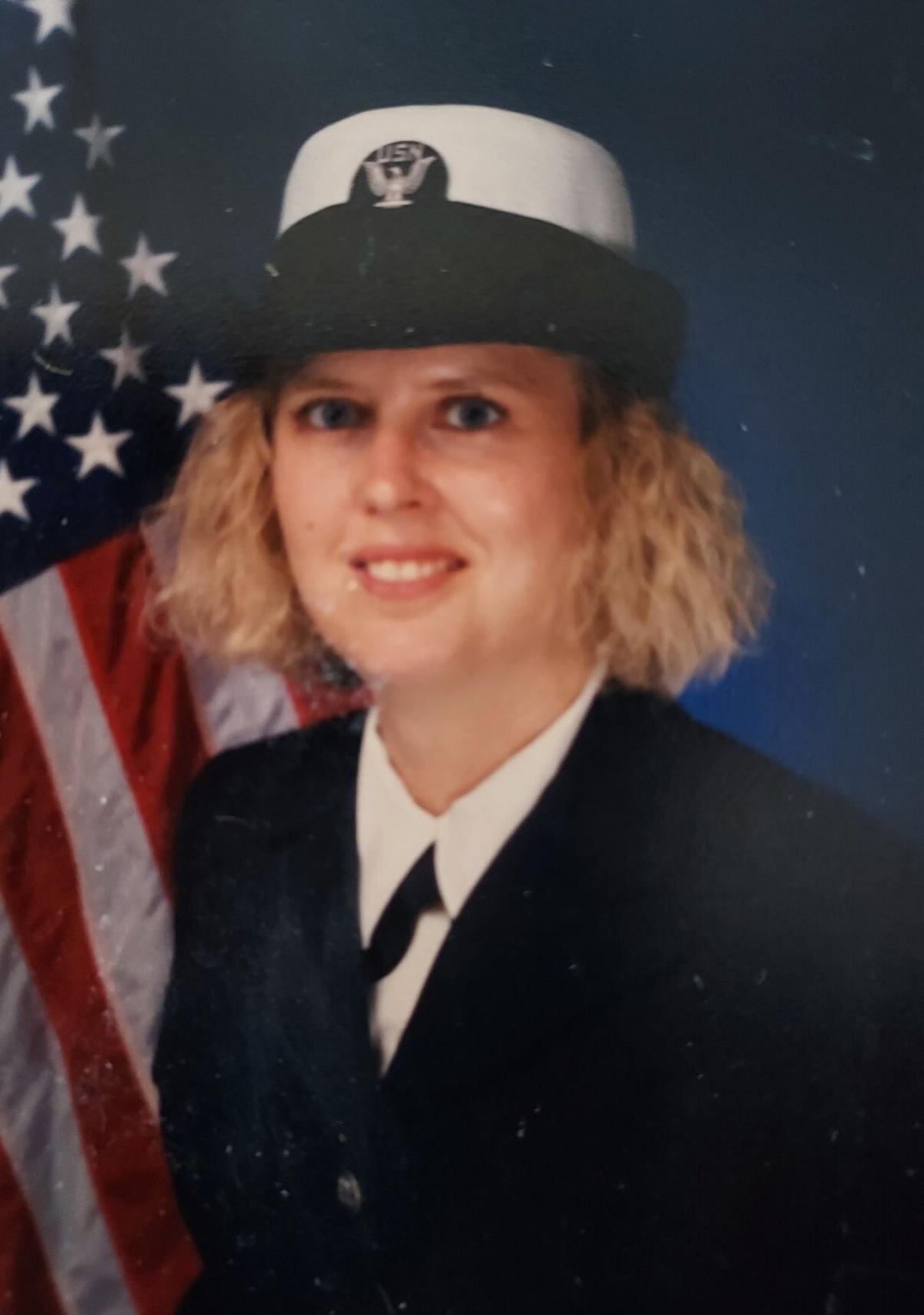 This adventure came true for Helena's Pamela Buzalsky, who during her eight years of active duty in the U.S. Navy served around the world, on four continents and numerous foreign countries. After completing active duty, Buzalsky returned to the Capital City for a 23-year career with the VA Montana Health Care System, and has performed yeoman's volunteer service for several veterans organizations.

“From standing funeral flag line honors on a consistent basis, to placing 53 POW/MIA flags along Helena’s east side of the POW/MIA Memorial Highway, Pam is an integral part of our dedicated team,” wrote Linda Juvik, an officer with the Montana POW/MIA Awareness Association.

“There’s a position of strength when people contribute to the well-being of veterans and community.”

Pamela, who was the middle of five children, graduated from Saint Gertrude's High, a boarding school in Raleigh, North Dakota, in 1975. She lettered in basketball, track and field, and cheerleading for the Saints, and was a member of the National Honor Society.

Buzalsky worked the summer of 1975 in Cooke City, and then enrolled at Carroll College that fall. While at Carroll, she used her track expertise assisting the annual Jaycee Relays Meet, with the hurdles crew. Graduating in 1980, she left the Hilltop with a BA in physical education and a minor in English.

After working numerous jobs in the Helena area, in September 1988, at 30 years of age, she enlisted in the Navy. “I was past the age to go in as an officer, and went through boot camp at the Naval Training Center, Orlando, Florida,” Pamela related.

“Even though my Dad was an Army Korean War veteran, I saw myself more as a Navy girl. He was so proud and patriotic, I wanted some of that.”

Buzalsky started out with electronics technician school at Orlando and Great Lakes, Illinois, before switching ratings to aerographer mate (meteorology and oceanography). She completed her training at Chanute Air Force Base in Rantoul, Illinois, in the spring of 1990.

Her initial duty station was the Naval Air Facility, Adak, Alaska, in the Aleutian Islands. Known as the “birthplace of the winds,” she gained extensive experience in meteorology and ocean currents, while also traveling to Hawaii.

From 1992-93, she served at the Naval Air Facility, El Centro, California, where she conducted winter training with the Blue Angels, while also working with Top Gun pilots.

Next came a stint at the Naval Support Facility, Diego Garcia, in British Indian Ocean territory. Located on the Diego Garci atoll – about 2000 miles east of Somalia and 1980 miles south of India – the establishment is a British Ministry of Defense facility leased to the U.S. Navy.

Buzalsky's duties there in 1994 consisted of assisting in numerous search and rescue missions.

“I also trained with Marines in anti-terrorism exercises, and received my marksman ribbon for 45 pistol,” she recounted. “And I traveled to Singapore, Malaysia, Thailand and Australia.”

Her final active duty station took place at Naval Air Station, Sigonella, Sicily, composed of “submarine hunting in the Mediterranean” and providing tactical briefs to NATO forces. She traveled all through Europe and Great Britain, as well, during her stint there.

Buzalsky was honorably discharged in December 1996 at the rank of AG2 (E5). Among her top decorations were the Navy Achievement Medal and the Navy Unit Commendation Medal.

When asked about her career highlights, she starts with having served “beside the most incredible group of people dedicated to protecting our freedoms.”

Also, all the “amazing travel opportunities and learning about other cultures,” she added. “I (always) wanted to be on a ship, (but) was never given the opportunity. During that time very few ships took women, and not for my specialty.”

After moving back to Helena in 1996, she joined the active Naval Reserve for a four-year obligation. While employed by the VA Montana Health Care System, she met her future husband Mike McGlone. They married in 2004.

Buzalsky has been enjoying retirement since 2020. “Every day is Saturday,” she quipped. “I love spending time with my husband and our two dogs, but especially love riding our on our 2020 Harley Tri-Glide.

“I'm a member of the Montana POW/MIA Awareness Association and American Legion, and can be seen standing military flag honors for veterans or putting wreaths at the Montana Veterans Cemetery.”

“Pam's additional roles include her uncompromising service on the board of directors, lead planner responsibilities for the eighth annual Montana Ride to Remember in August 2021, and faithfully supporting the Wreaths Across America,” Juvik said.

“Thank you, Pam, for your constructive, active participation, and setting the volunteer bar even higher.”

Read our 2021 Stories of Honor, recognizing area veterans for their service

The Lewis and Clark County Sheriff's Office announced Friday that Courtney Brooke Atlas, who was convicted of killing his wife in 1983, has al…

A Helena-area man was found guilty Thursday on eight different counts for repeatedly raping a child younger than 12.