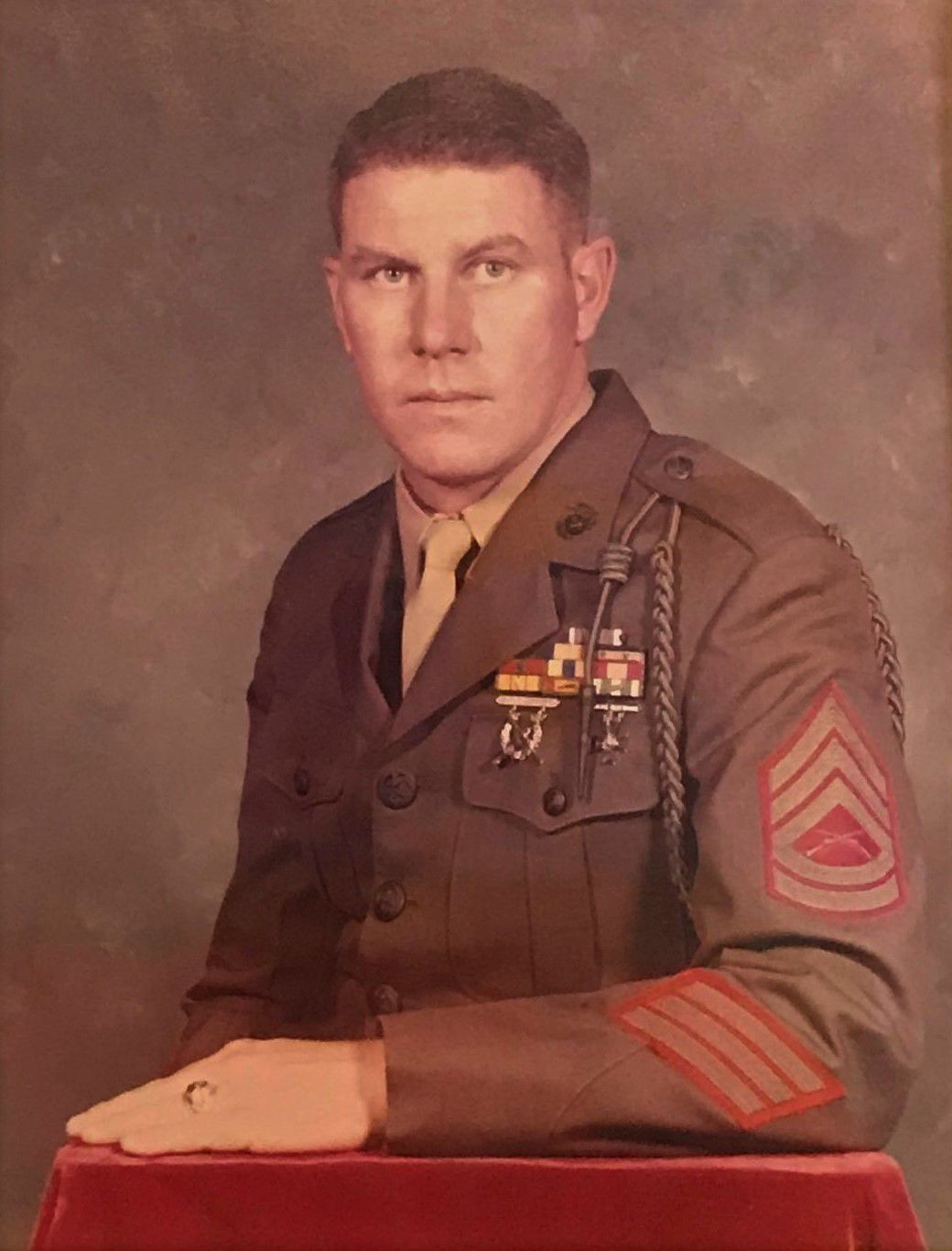 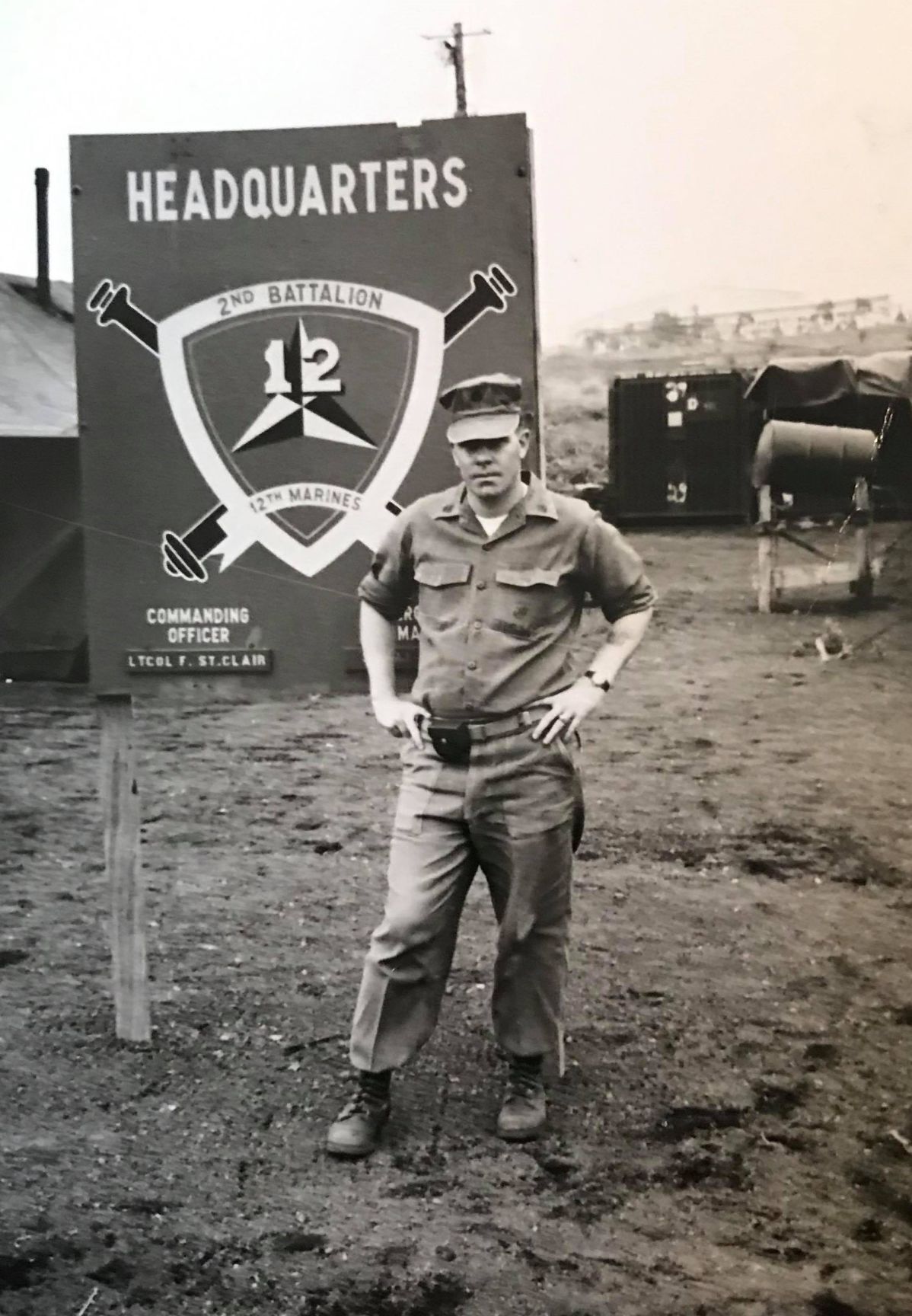 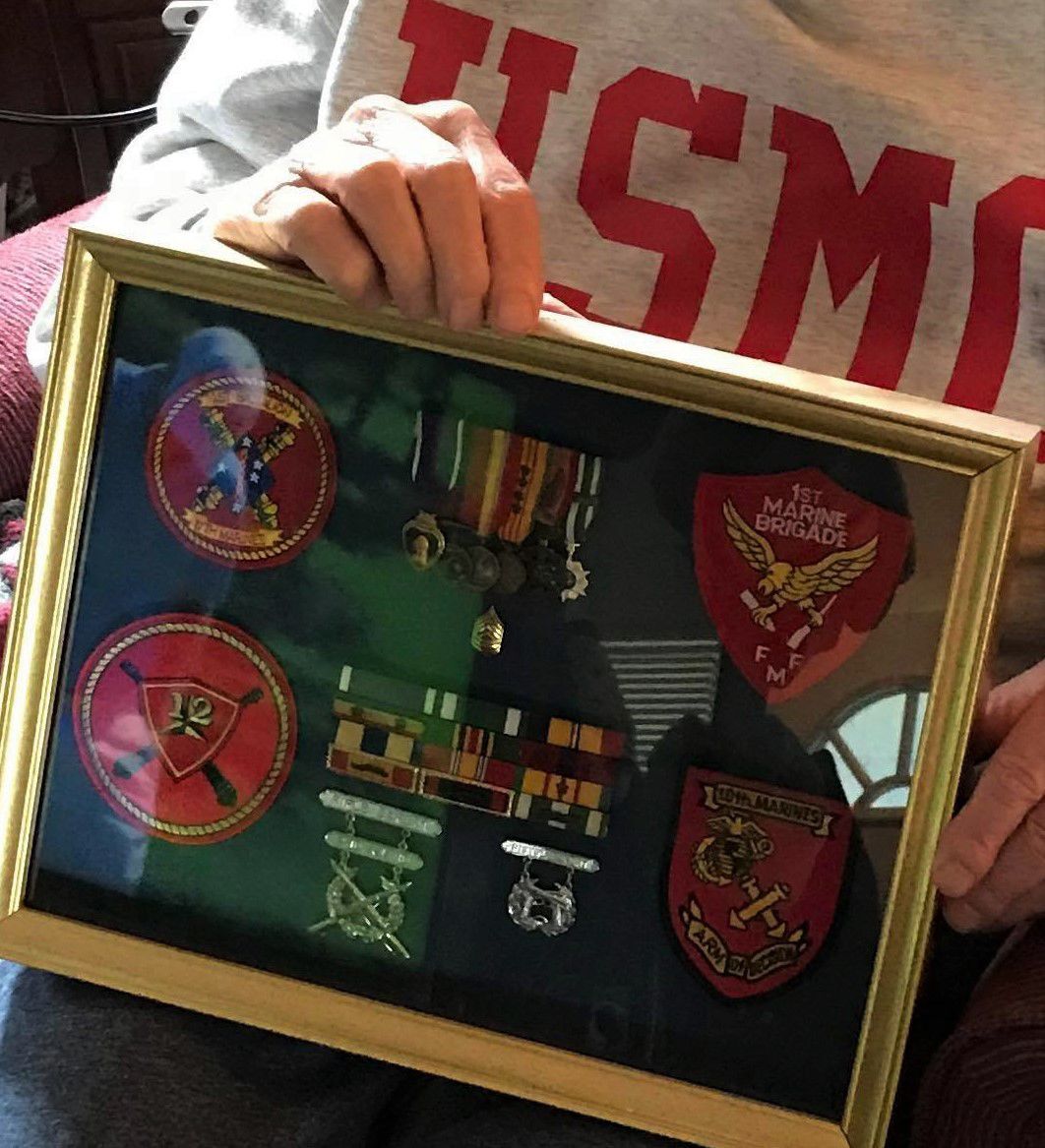 Ed Bartelt's shadow box displays the medals of his 21-year career with the U.S. Marines.

Ed Bartelt was born in San Diego in 1941, where his father was stationed in the Navy. The late Percy Bartelt, a native of Waseca, Minnesota, was a pilot with World War II’s storied “Flying Tigers.”

The American Volunteer Group (AVG), later known as the Flying Tigers, was comprised of fighter pilots from the U.S. Army, Navy and Marine Corps. They were recruited before the U.S. entered the war, although they didn't see action until after the attack on Pearl Harbor.

The Flying Tigers of the Republic of China Air Force saw combat in Burma in late 1941 and 1942 during the military conflict between China and Japan. Their aircraft wore Chinese colors but were under American control.

“Dad shot down seven planes, so he had a target on his back since Japanese had put bounties on all the aces,” explained Ed Bartelt, 79, during a recent interview in his Helena home.

Dubbed the “Tiger from Waseca,” Percy was among the 18 Tiger pilots left behind to defend Rangoon against more than 100 Japanese bombers and Zeros. Aviation historian Ozzie Groeth wrote in 2015, “Percy Bartelt shot down three of the bombers in a very short time and helped scuttle the raid.”

His son Ed attended Missoula County High (now Sentinel) and Shattuck Military Academy in Minnesota, but “didn’t graduate from either one.”

Ed dropped out of school and joined the Marine Corps on May 5, 1958. He attended boot camp at San Diego’s Marine Corps Recruit Depot – “Anyone who didn’t go through Parris Island (South Carolina) was called a Hollywood Marine,” Bartelt noted – followed by duty at Camp Pendleton with the First Marine Brigade.

He then went to Kaneohe Bay, Hawaii, where he married Donna Hewitt in 1962. The couple had three children, two boys and a girl, and remained together for 58 years, until Donna’s passing this April.

Next came a stint in Okinawa, before Bartelt deployed to Vietnam during Easter Week 1965, with the 12th Marine Regiment, 3rd Marine Division. Nicknamed “Thunder and Steel,” the 12th participated in the Vietnam War through November 1969, operating at Da Nang, Phu Bai, Chu Lai, Hue and Dong Ha.

“I was in several different companies north of Da Nang, we were in constant battle, you usually didn’t even know where you were until you got ‘home,’” he recalled. In between Vietnam tours, Bartelt was stationed at San Diego’s MCRD, and had qualified to become a drill instructor.

“But I got in a little trouble there, and was told I’d be safer in Vietnam, so they shipped me back over,” he said. “We were in Operation Hickory near the DMZ.”

According to Wikipedia, Operation Hickory was a search and destroy operation conducted by the 3rd Marine Division in the area around Con Thien, Quảng Trị Province.

“Known as ‘Leatherneck Square’ from May 18-28, 1967… It was the first authorized incursion into the Vietnamese Demilitarized Zone (DMZ),” according to Wikipedia.

Sgt. Bartelt was wounded twice during his service.

“We took incoming shrapnel at our positions in the DMZ. One was a head wound, so that didn’t hurt me any,” recounted Bartelt, in typical Marine fashion. “It was ripping around in my helmet. Then I got hit in the stomach and they removed my spleen.

“But the worst part was I lost two good men, who were following my orders to retrieve ammunition. They were only 18 or 19 years old. That still bothers me to this day.”

He then spent another stint at Japan’s Camp Fuji, where he climbed Mount Fuji for the second time.

Among his extracurricular activities were serving as the base’s director of youth activities, while coaching his son’s little league baseball, small fry football and youth basketball teams.

After 21 years in the military, Bartelt retired as a master sergeant in 1979. He and wife Donna then lived in Missoula while Ed attended the University of Montana, earning a degree in communications in 1981. He became regional marketing manager for ITT in Denver, a post he held for 15 years. Next they relocated to Las Vegas, where Bartelt worked in the finance business for Green Tree for 21 years.

The Bartelts had lived in Helena in the early 1980s, and they returned here in 2015. For the past five years Ed has volunteered “beaucoup hours” for the Disabled Veterans of America at Fort Harrison, helping out five days a week with DAV Transportation, until a broken hip limited him to three days weekly.

Last year, Ed and his family attended a ceremony at North Dakota’s Fargo Air Museum, where he and his siblings accepted the Order of the Resplendent Banner (one of Taiwan’s highest military awards) for their late father, Percy Bartelt.

“After my dad died in 1986, Pappy Boyington called and told me a few stories about he and dad,” Bartelt related. “Those two guys were good buddies, and I guess they got in some trouble together, too.”

Apparently, like father, like son. But Percy and Ed were still able to get the job done serving their country.

Curt Synness, a navy veteran, can be reached at 594-2878 or curt52synness@gmail.com. He’s also on Twitter @curtsynness_IR

Area veterans gathered at Memorial Park in Helena Friday morning to honor and remember service members missing in action and prisoners of war.

Ed Bartelt's shadow box displays the medals of his 21-year career with the U.S. Marines.