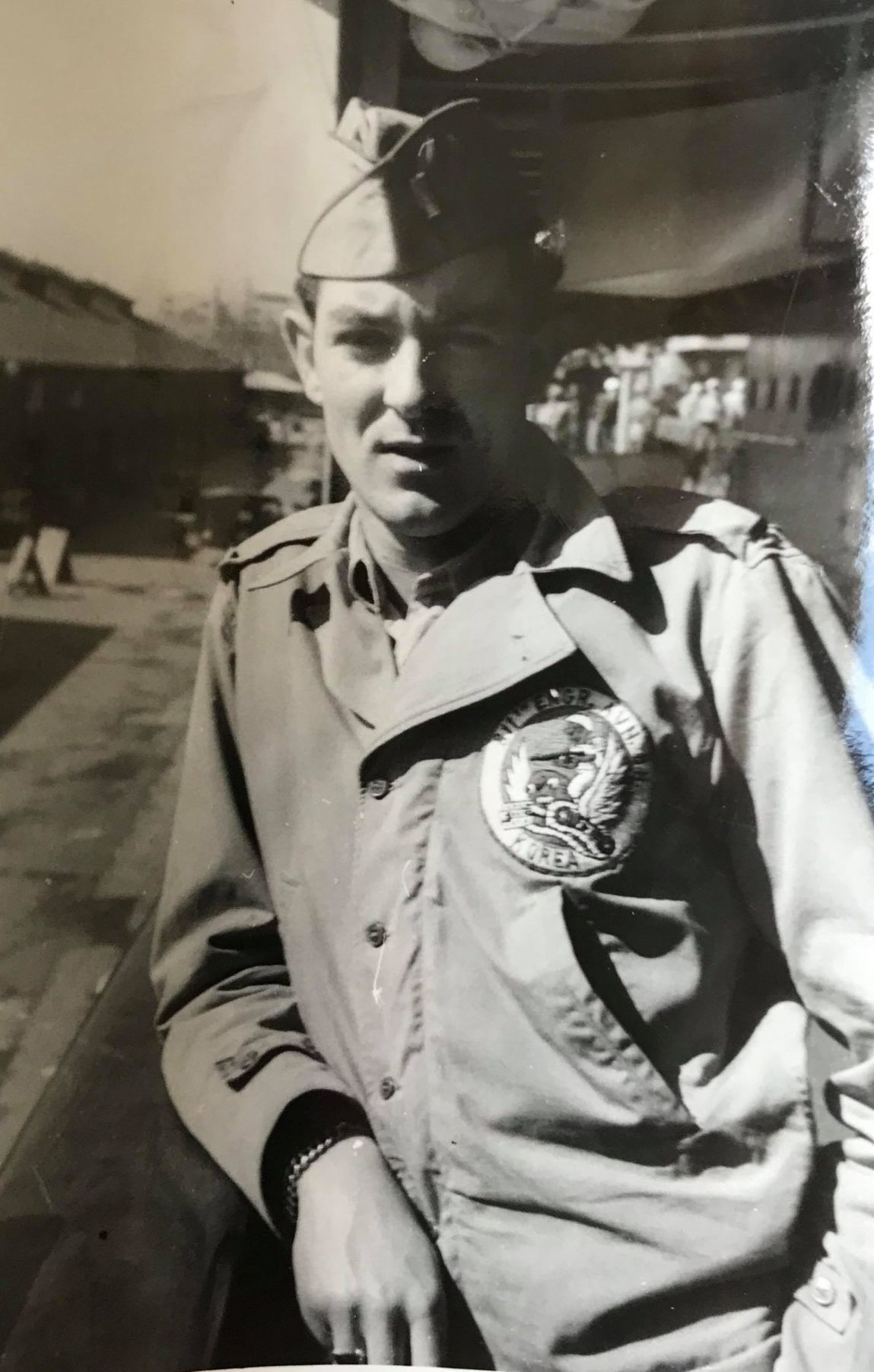 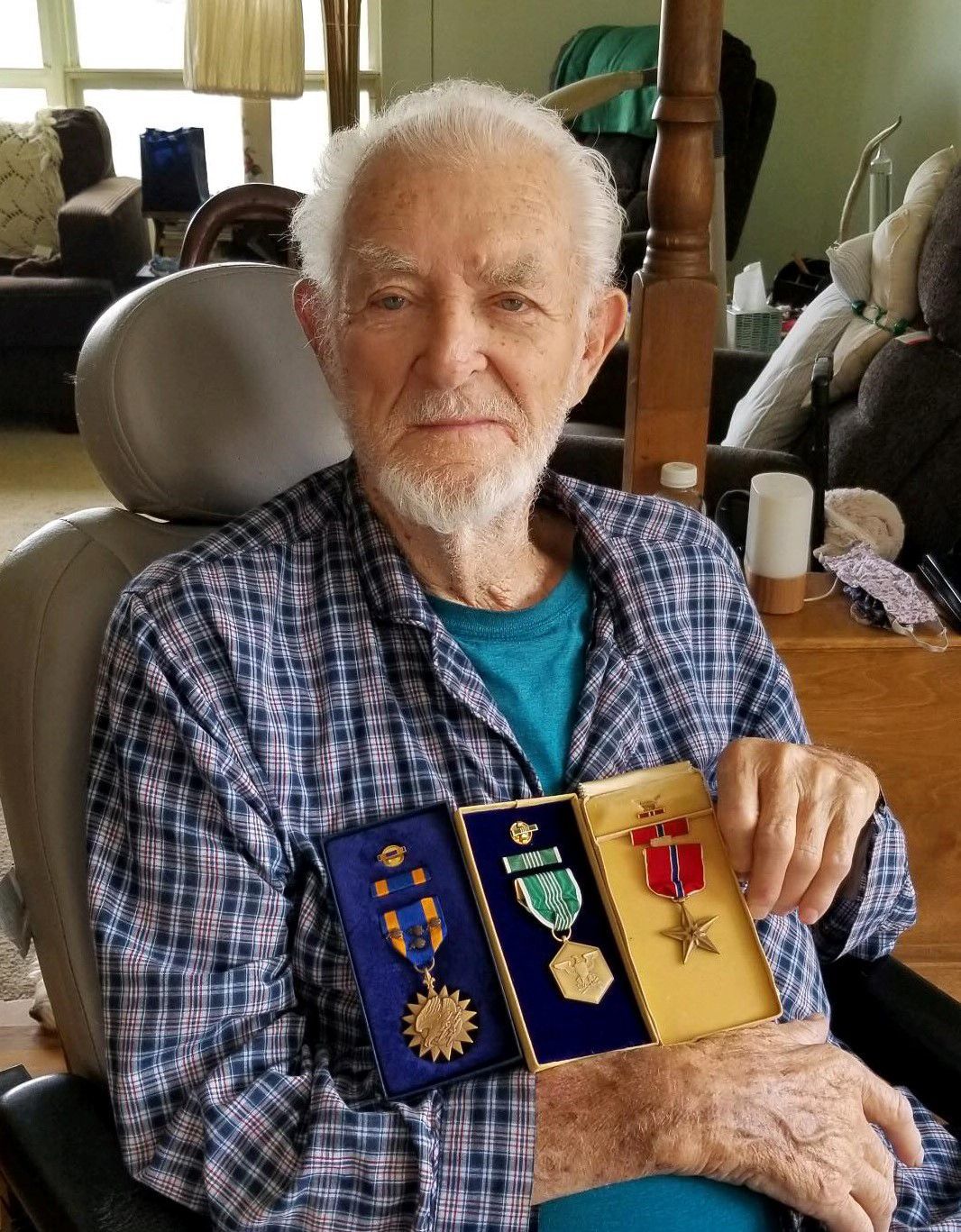 HELENA -- When U.S. Army pilot Ray Whale was a major serving in Iran from 1964 to 1965, he earned what he considers among the top decorations of his 24-year military career.

As the commanding officer of a topographic training team, his unit’s assignment was surveying and mapping different borders of that part of the world.

“One day I flew my boss, a lieutenant colonel, and a visiting colonel from Libya, up to the Russian border from Tehran,” related Whale, 92, during a recent interview in his Helena home. “I was flying an Army twin L23D. After we cleared the mountains at about 12,000 feet, I flipped the controls over to my boss.”

At about 10,000 feet, the left engine started to go out, and the lieutenant colonel immediately let go of the yoke.

“So I grabbed the steering with my right hand, and with my left hand I’m changing the gas tanks, changing the fuel pumps, adjusting the mixture. Meanwhile the engine is sputtering on and off, and I swung the yoke back over to my side.”

For the next 25 minutes they descended to the nearest airport, with the engine intermittently stopping and running the entire way.

“As soon as we sited the grass landing strip, I knew I could glide in if I had to. When we unboarded those two colonels were smiling from ear to ear,” he recalled.

Whale described the incident, from a career consisting of over 3,700 flying hours, as “one of the smoothest landings I ever did.”

“I earned the Army Commendation medal for that, which they give for meritorious service, and it’s called ‘The Green Weenie’ because of the green ribbon,” he said with a laugh.

Whale was born in Royal Oak, Michigan, in 1927. After high school he was drafted into the Army at 18 years of age. He attended OCS engineering in Fort Leonard Wood, Missouri, and as “the baby of the class” was commissioned a second lieutenant.

Next came Survey School, followed by a two-year stint at Hawaii’s Schofield Barracks. At 19, Whale was the island commander at Kauai.

He returned stateside for college, where he met his future wife, at Decatur (Illinois) Signal Depot. After just two weeks of dating, Ray and Betty were married, prior to his shipping out for the Korean War in February 1951. The Whales have been together now for 69 years, having raised four offspring (three daughters and a son).

Whale said when they landed at Kimpo, Korea, shooting was actually taking place at the other end of the runway. He was assigned to the 4th Fighter Interceptor Wing near the Puson Perimeter, with the Scarce Category Armor With Air Force (SCARWAF).

As engineers, they repaired the F-86 Sabres at Kimpo Air Force Base K-14.

After completing flight school in July 1953, at San Marcos, Texas, he deployed for Germany. Assigned to the 101st Airborne Division, Captain Whale flew a single engine L-19 up and down the Rhine River, and over to the East German border.

Next, at Fort Campbell, Kentucky, Whale passed the Atomic Munitions Officer test, finishing in the top 15% of his class.

At the Nevada Atomic Bomb Tests, he was in the trenches when a 10-kiloton bomb exploded 2 miles away. The heat was so intense, it turned the sand to glass. “I felt the tinkling on my helmet, and our badges turned to purple,” he recounted.

At Panama, with EA Company, the pilots supported the engineers. They were stationed next to Peru, with the Aviation Support DeHaviland Otter. Whale served three years in the Andes.

Whenever they flew to the Amazon River, in order to gain enough altitude to make it over the 12,500 foot mountains, they used the Giant Condor’s trick of circling to take advantage of the updraft.

His next stations were Fort Lewis (Washington) and Fort Wolters (Texas).

Whale then deployed for the Vietnam War, assigned to the 11th Aviation Group, 1st Cavalry Division. There he piloted an HU-1A helicopter in Air Assault for the first quarter of his 1967-68 tour, in the An Khe Central Highlands.

“There were many areas being defoliaged with Agent Orange, we flew ‘Slicks’ to the Laotian border or to the coast, depending on what the recon people had discovered,” related Whale. “They were three-man patrols that went out for a week to 10 days, and we picked up the guys at predesignated sites and got them out of there.

“My co-pilot took a round in the leg and ended up losing his leg anyway.”

After three months and 128 hours of combat flying in the Central Highlands, Whale, who was in his 20th year of active duty, was promoted to lieutenant  colonel.

His flying thereafter diminished considerably, although they did perform some support and supply missions. Early in 1968 they moved north to Camp Evans, to relieve the Marines.

Whale received the Bronze Star, but he noted that “it was a medal for service, not with a ‘V’ for valor. But I was still pretty proud of that, considering I was a reserve officer.”

Whale closed out the last three years of his career with the 6th Army at Fort Harrison, as an Aviation Advisor for the Montana National Guard.

Looking back on his military career, Whale carries only one slight regret.

“When I retired, I sold my $500 uniform to General Womack for $50,” he related. “Sometime later, I was involved with Chris Bohn’s graduation from the Air Force Academy. His mother and I pinned the gold bars on his shoulders, and as a commissioned officer I was authorized to swear him in as a lieutenant.

“I just wished I could’ve been in my uniform to do so.”

Whale in his modesty didn’t add, however, that same uniform fielded six rows of ribbons.

A 59-year-old Helena man was arrested on suspicion of raping a child less than 5 years old.

Helena Public Schools has released the first official draft of its plan to reopen schools amid the ongoing coronavirus pandemic.

After being ordered to temporarily cease operations due to COVID-19 concerns, the Helena Farmers’ Market announced Wednesday that it has cance…

Wow. It is already August! However, in some ways, the past 4-5 months have seemed like a year with all the challenges of living and working th…

Per draft plan, most Helena students will have one day of school before Labor Day

Although the first day of school in Helena is officially scheduled for Aug. 26, most students will likely have only one day of instruction bef…

County Health Officer Drenda Niemann said that the state's extra attention is welcomed as her department has recently exceeded its capacity and begun hiring additional contact tracers and "as-needed" nurses.

Judge James P. Reynolds plans to retire on Oct. 2, leaving a vacancy in the First Judicial District for Broadwater and Lewis and Clark counties.

Lewis and Clark County is erecting temporary shelter on the county fairgrounds to house homeless people who have contracted COVID-19.