Stories of Honor: Dennis Taylor ‘touched by fire and cited for valor’ in Vietnam
2 comments
Share this
{{featured_button_text}}
1 of 2 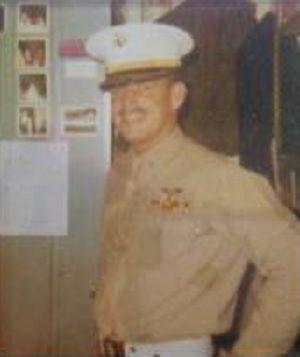 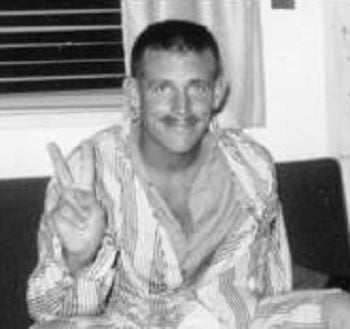 The “guilt of the survivor” is a common thread among combat veterans, and for Dennis Taylor, that syndrome struck home almost 50 years ago while recuperating from his wounds received in battle.

Taylor was convalescing at Oak Knoll Naval Hospital in Oakland, California, when he stopped by a nearby Sausalito bar. Nursing a drink in his “PX civvies” with his arm bandaged, a young woman spit on him and said she wished he was dead.

“I wished I was dead too,” he told this reporter, “because then I could join my fellow Marines who didn’t make it home.”

Taylor had attended Washburn Rural High in Topeka, Kansas, where he played football, wrestled and ran track. He graduated in 1964, and then enrolled at the University of Kansas, studying political science and American studies.

“After graduation, I went to Officer Candidate School at Quantico (Virginia) in the summer of 1968,” he said. “There were no more draft deferments for graduate studies and it was before the lottery. It was either go to jail, Canada or join the military. Ten weeks after enlisting in the USMC, I was a Marine lieutenant.”

“I was shot and wounded from an AK-47 during a three-day battle with a regiment of NVA in the Arizona Territory in Quang Nam Province, on 13 Aug. 1969,” Taylor related. “I was ‘touched by fire and cited for valor’ as they say.”

Their battalion commander, Lt. Col. J. A. Dowd, was killed in action during those combat operations and was awarded the Navy Cross for extraordinary heroism.

Taylor witnessed his company of Marines — most of whom were just 18 — assault the dug-in NVA regulars, shouting their battle cry in the face of 50-caliber machine gun fire, “Get some, Leathernecks.”

Taylor was medevaced to Da Nang for surgery on a severed artery and a severed ulnar nerve. He was then evacuated to a naval hospital in Yokosuka, Japan, for more surgery, before flying to a hospital stateside.

He was released just before the holidays and back to duty as an infantry platoon commander. Finishing active duty in 1971, he was discharged as a USMCR captain in 1974.

Taylor received the Navy Commendation Medal with Combat “V”, a Purple Heart, the Vietnam Cross of Gallantry with Palm, and Combat Action Ribbon.

“Completely disregarding his own personal safety … Second Lieutenant Taylor fearlessly rushed from one squad to another … ensuring the orderly movement of the Marines during the maneuver,” according to his Navy Commendation citation. “Although seriously wounded by enemy sniper fire, he resolutely continued to direct his men to more advantageous fighting positions … fearlessly leading a determined assault, and overran the enemy positions.”

Taylor arrived in Helena as an Ameriorps VISTA volunteer in 1972, with the Montana State Low-Income Organization to work on health care access issues, and has made Montana his home ever since, except for five years as the city manager of Eugene, Oregon.

He married another Helena VISTA in 1974, and the couple has two grown daughters.

“My experiences with D 1/7 in 1969 were transformative and seared my soul,” Taylor, 73, said. “Some things one never forgets. Some things you never get over.

“And survivor guilt is accurate; but also coming home from war to an ungrateful, hostile nation, isolated and so utterly alone.”

Meet one of Morocco's meteorite hunters

Meet one of Morocco's meteorite hunters

Like the Elton John song — after a lifetime strewn with combat wounds, police department injuries, serious PTSD and the leveling of his home b…