A collective bargaining contract has been ratified between St. Peter’s Health and the Montana Nurses Association Local 13 that includes yearly wage increases for the next three years averaging over 5% per year, it was announced Wednesday.

The parties have also agreed to continue to address working conditions and patient safety through their labor/management councils. The MNA also reported agreement on recruiting and retaining nursing staff.

St. Peter’s Health senior leadership, including CEO Wade Johnson, spent a day with the bargaining team, the MNA stated, adding he acknowledged that nurses have greatly contributed to SPH’s stability and success especially during the COVID-19 pandemic, the MNA said.

St. Peter's released a statement Wednesday regarding the negotiations.

"We greatly value our nurses and the important work they do, and we’re grateful for the collaborative relationship we’ve built over the past few years," it said. "We appreciate the opportunity to have open and honest dialogue and reach an effective solution together."

It has represented registered nurses at St. Peters Health for over 35 years.

The Montana Hospital Association released a report Wednesday on Montana hospitals that showed 76.1% of St. Peter's patients were from Lewis and Clark County, 7.8% were from Jefferson, 4.3 were from Broadwater, 0.9% were from Powell and 1.9% were from Cascade.

SPH is a nonprofit health care system that provides services to 97,000 residents from Lewis and Clark, Broadwater, Powell, Meagher and Jefferson counties.

The news regarding St. Peter's comes after hundreds of nurses at Logan Health in Kalispell had a three-day strike earlier this month over demands for better wages and working conditions. More than 100 nurses who were scheduled to work during the strike said they would still work their shifts, the Daily Inter Lake reported. Meanwhile, nurses who oppose the union said they were gathering signatures to hold a vote to end the nurses’ relationship with the Service Employees International Union.

The Daily Inter Lake reported nurses at Logan Health have been negotiating for a contract since they unionized in July 2019, calling for increased staffing, reinstating a charge nurse on every unit, a nurse staffing committee and improvements to wages, benefits and staff retention.

Montana employees working remotely will head back to worksites

Montana state employees who have been working remotely because of the pandemic will begin returning to their worksites this month and Capitol Complex offices that have been closed to the public will reopen in two weeks. 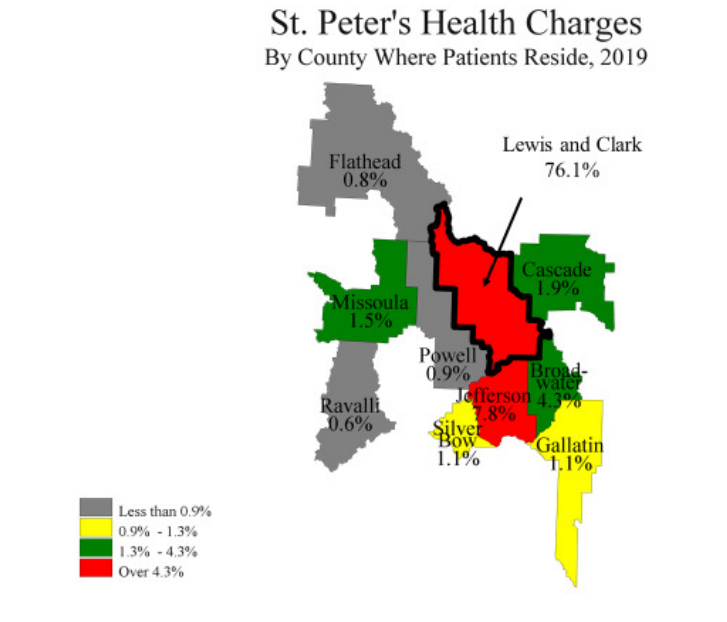 This chart was released Wednesday by the Montana Hospital Association and the Bureau of Business and Economic Research at the University of Montana.