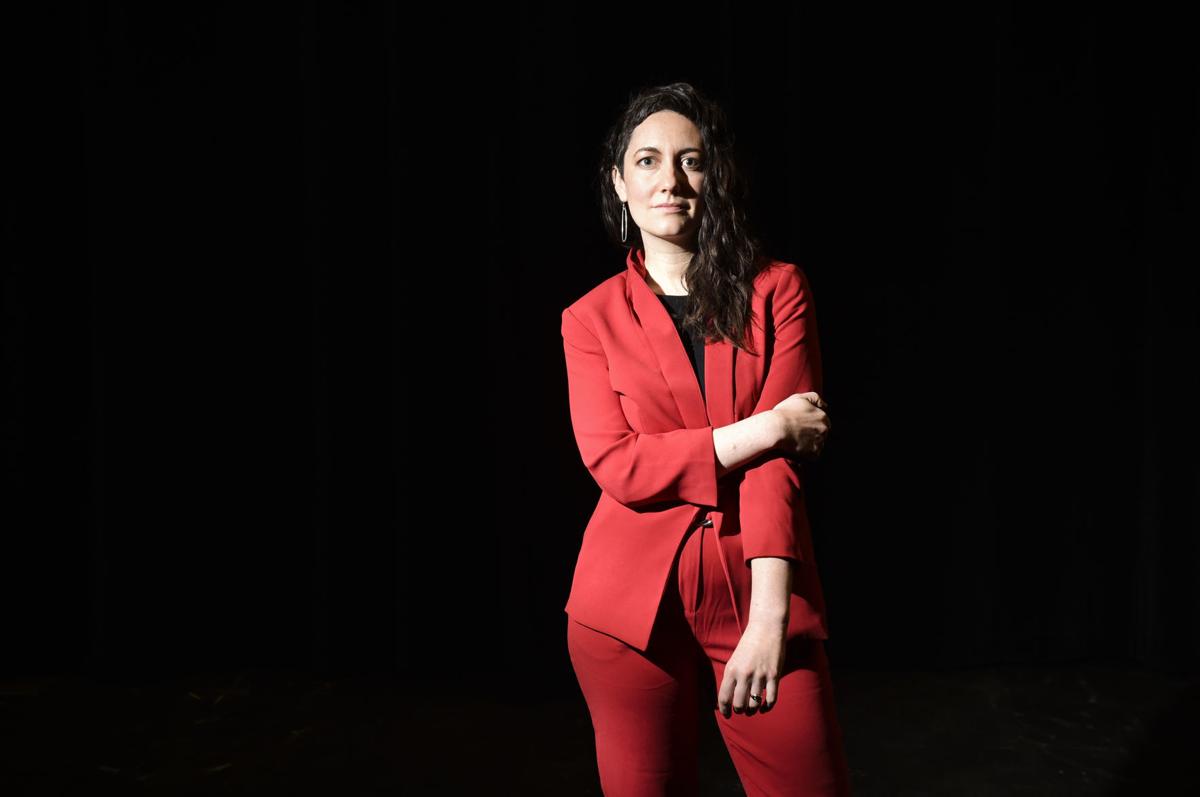 Rachael Cardiello is bringing her Toronto-based ZINNIA music project to The Myrna Loy Center for a hometown show on Monday Dec. 30. 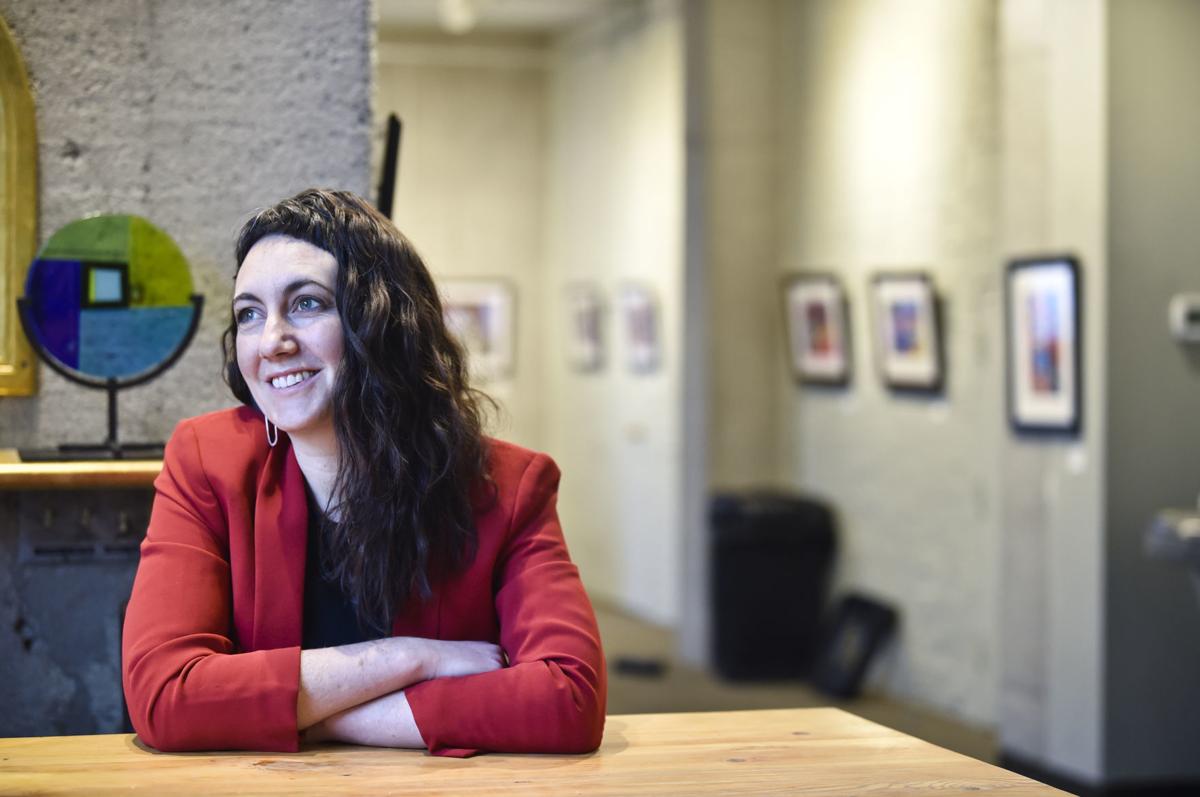 Rachael Cardiello says writing songs was a way get back in touch with herself after feeling stuck.

Rachael Cardiello returns to hometown Helena from Toronto for the Montana public debut of her band ZINNIA’s new album, “Sensations in Two Dot.”

“Someone described it as Kate Bush meets Bruce Springsteen,” she said, which she took as quite the compliment.

“I grew up listening to a lot of Bruce Springsteen, and Kate Bush is a big inspiration to me.”

Someone else described her music as “Kate Bush meets Meat Loaf,” which she finds hilarious.

One of her brothers didn’t recognize Meat Loaf as the name of a singer, she laughed, so he was picturing Kate Bush clutching a meatloaf.

In addition to being compared to her musical heroes -- Bush and Springsteen -- Cardiello just earned acclaim from the Canadian Broadcasting Corporation for composing the “Best Lyrics of 2019.”

And for those who pause to listen, they’ll soon hear why.

One of the really striking songs on the album is, “Bullets,” which tells of women suffering violence.

“‘Bullets’ carries a lot of the feel of the album,” said Cardiello. It’s about “watching statistics come true for women of my life.

“You kind of get haunted by each of these stories you gather throughout your life. “You carry the weight of them and that weight starts to feel overwhelming.

“What are we supposed to do with these stories when they keep coming up?”

“I wrote all the songs over a three-year period where I just felt like I was stuck in grays,” she said.

“I was stuck in doubt -- in a gray zone -- so many things were unclear with me --with my music, with my relationships, with my community -- where I just couldn’t find a black-and-white answer to anything, and I had to learn to sit in that kind of Nowhere Land and have compassion for it.

“That whole album ended up being a tribute to uncertainty and trying to have compassion for things you don’t totally understand.

“It just came at a time when there were a lot of hard things in my friend circles and deaths.

“It was just like no matter how you set your life up, you don’t have complete control of it.

“I felt like people around me needed so much compassion and sometimes I would run out.

“So, the album was my way of getting back in touch with myself, too. To try to sit in those periods and be there for people without telling them the words -- the comforting solutions.”

To delve into Cardiello’s music is a many-layered deep dive into metaphor.

Take the name of her new band, ZINNIA.

It’s inspired by a garden she and her father planted when she was 5, just before the family moved to Montana.

Whenever she and her father saw zinnias, he would say, “There’s your favorite flower!”

“It’s always kind of stuck with me as a symbol of connection to my dad.

“They’re bright and colorful in a way that’s hardy.

“All those metaphors spoke to me,” she said, “of sticking to my guns through some of the harder things that have happened.”

The album title is also a play on words and images -- a drawing of contrasts between the metropolis of Toronto, where she now lives and which is sometimes called Tdot, and the small Montana town with the intriguing name of Two Dot.

Cardiello said that she’s wondered how personalities would look in the two different settings -- a woman in a wild sequined outfit who would not even be noticed on the teeming streets of Toronto, yet would cause “quite the stir” in the streets of Two Dot.

It’s about where one finds “their people.”

And it’s about the commonality of experience.

The Helena concert is just one stop of a much larger tour Cardiello plans across Canada, with stops in North America and Europe.

Opening Monday’s show will be Bombshell Nightlight -- the songwriting project of Jon Cardiello with support from Sanders Smith.

In Rachael Cardiello’s interview earlier this year on MusicForLunch, she recounted her early life being split between pursuing visual art, dance and music.

Much of her early music career was focused on classical music, playing viola in the symphony and in concerto competitions.

But over the years she turned more and more to music writing “as a way to understand some difficult things happening in my life,” she said.

“The following years came with such destabilizing chaos – I lost my father and wrestled with severe mental illness. I’m not sure how I would have gotten through that time period had I not been processing through music.”

Cardiello is a 2005 graduate of Helena High School and earned a B.F.A in classical music at the University of Victoria, British Columbia, in 2010.

For the past eight years, she’s pursued a music career in Toronto, where her mastery of the viola has opened doors into a wide world of music, playing with numerous bands.

This is Cardiello’s second album. In 2013, she released “Warm Electric Winter,” which had more of a “Motown-60s-girl-group influence.”

In addition to her new songs and band ZINNIA, Cardiello’s particularly excited about a new songwriting project, TIDAL MOUTH with poet Daccia Bloomfield.

“I’m not trying to make money from it,” she said. “It has busted open my creative walls.”

What: ‘Sensations in Two Dot’ album debut with Rachael Cardiello

Rachael Cardiello is bringing her Toronto-based ZINNIA music project to The Myrna Loy Center for a hometown show on Monday Dec. 30.

Rachael Cardiello says writing songs was a way get back in touch with herself after feeling stuck.