It was 50 years ago when Sarah Jaeger first put her hands in clay.

And since that point, it’s been a consuming passion that has shaped her life.

“This whole designation has been an honor,” she said.

“What makes the potter laureate from Montana Clay so meaningful to me,” she added, “is that the recognition comes from my peers, my clay family.”

For those who have been Sarah Jaeger fans over the years, they have likely seen a change in her art in recent times.

Instead of the porcelain bowls and cups she threw on her potter’s wheel, she now creates earthenware plates.

It’s “very, very low tech,” she said. “I became a beginner all over again.”

Both her earlier work and her recent plates sport colorful leaves and flowers in joyous colors.

The changes in technique are the result of a health issue affecting her motor skills that began in 2013.

“I could no longer do what I had done.”

“They still have not given it a diagnosis,” she said in an IR interview at her dining room table last week, speaking with the help of a “boogie board” electronic writing tablet that she uses to write out sentences that are too hard for her to say.

“They have put it in a category, but it has no name,” she said. It’s in the same category of diseases as what struck physicist Stephen Hawking.

“It’s taken 3 years to figure out how to live with this disease.”

But live with it, she does -- continuing to make pottery and to be active in the community.

Jaeger, who earned an English literature degree at Harvard College, took her first clay class there.

It was apparently love at first touch.

“That was the beginning of the end,” she smiled.

“I took to clay because it was nonverbal and tactile,” she said. “I think that was part of the initial attraction.”

The decision to be a potter evolved during her 20s, she wrote in an online article at the website “Field Guide for Ceramic Artisans.”

In her early 30s, she studied ceramics at Kansas City Art Institute, earning a BFA, and was a resident artist at the Archie Bray Foundation for Ceramic Arts from 1985-1987.

It took nearly a decade after her Bray residency to fully launch her career, she wrote.

“Once you are on the path, you do what you need to do.”

And others have long admired the path she’s taken.

She was the recipient of the 1996 Montana Arts Council Individual Artist Fellowship and the 1991 Emerging Talent Award from the National Council on Education for the Ceramic Arts.

In 2006, she was a United States Artists Target Fellow, and in 2007 she was one of the artists profiled in the PBS documentary “Craft in America.”

Missoula ceramic artist Alison Reintjes nominated Jaeger for the potter laureate honor, and said that in many ways, “I think of this as a lifetime achievement award.”

When Reintjes lived in Helena, there were a handful of artists who particularly stood out for their support of the younger generation of artists, she said, and Jaeger was definitely one of them.

“She has been really generous with her time and her knowledge.”

“I love the fact that she has really been the people’s potter in Helena.”

“When you go into the home of anyone in Helena who is connected to the ceramics community, they’re going to have a Sarah pot on their shelves.

“She makes super strong work, and she’s always been and continues to be productive.”

Josh DeWeese, the former Archie Bray resident artist director and a Montana State University art professor, has been Jaeger’s friend since 1983, when they were both students at the Kansas City Art Institute.

“I’ve always had nothing but respect for Sarah and her work,” he said.

“Her heart was completely devoted to (the) idea” of making strong, utilitarian pots.

“She also embodied the idea of the village potter,” he said, creating art in her home studio and then opening it up to the community for her annual sales.

“She made gorgeous utilitarian pots for years. They were just beautiful. People loved having those pots in their homes.

“She’s still making some really beautiful work,” he said. “The transition that’s happened is just nothing short of a miracle.

“She didn’t give up at all, she’s just transformed her life.

“I can’t talk deeply enough of how much I love Sarah and how important she is to our community. So, I think this award for her is just spectacular."

“We are honored to be able to have someone like that in our state to call a potter laureate.”

Both DeWeese and Reintjes noted their respect for Jaeger’s lifestyle, as well.

“I have been the poster child and advocate” for accessible urban trails, said Jaeger of her most recent PPLT focus.

“Even though my health and mobility have changed, I am the same person, and art and nature are as important to my life as ever.”

Her speech difficulty “has been the hardest part,” she said. “But I have tried not to waste too much energy on me being frustrated.

“It seems like the best way to live the life I’ve been given,” she added. ‘It’s more fun than being frustrated or feeling sorry for myself.”

“In the face of the illness that’s struck her, it’s almost like it’s fueled a fire within her to be a more diverse and broad advocate for the various things Prickly Pear does,” said PPLT Executive Director Mary Hollow.

“She has been a fierce advocate and has helped the land trust internally” to be thoughtful in developing trails that are ADA accessible.

All of Jaeger’s current artwork is donated to nonprofits for fundraisers, particularly PPLT and the Holter Museum of Art.

“It’s become harder for her to speak,” said Hollow, “but when Sarah speaks -- people listen. It’s the most beautiful thing to watch the room grow silent.

“The gravitas she has with the staff and board -- she absolutely lives and breathes the organization in what we do and who we are.

“She’s so deeply thoughtful and such a committed conservationist in every way. It’s such an honor to work with her.”

Helena rallies behind physician who is out for unexplained reasons

Thousands of people are rallying behind a well-liked physician at St. Peter’s Health, who is not currently seeing patients for reasons that ar…

A man wielding a machete outside a Helena Burger King restaurant was placed into protective custody by police Tuesday afternoon.

The victim in a shooting in Ennis on Friday has been identified as 36-year-old Nicole Watson of Helena.

A 44-year-old Lincoln man died in a crash near Lincoln.

Six people were cited after a group of roughly 100 hunters fired into a herd of elk Sunday in Meagher County, Montana wildlife officials said.

Due to the rise in COVID-19 cases, attendance at nonessential events and sporting events within Lewis and Clark County will be capped at 50 pe… 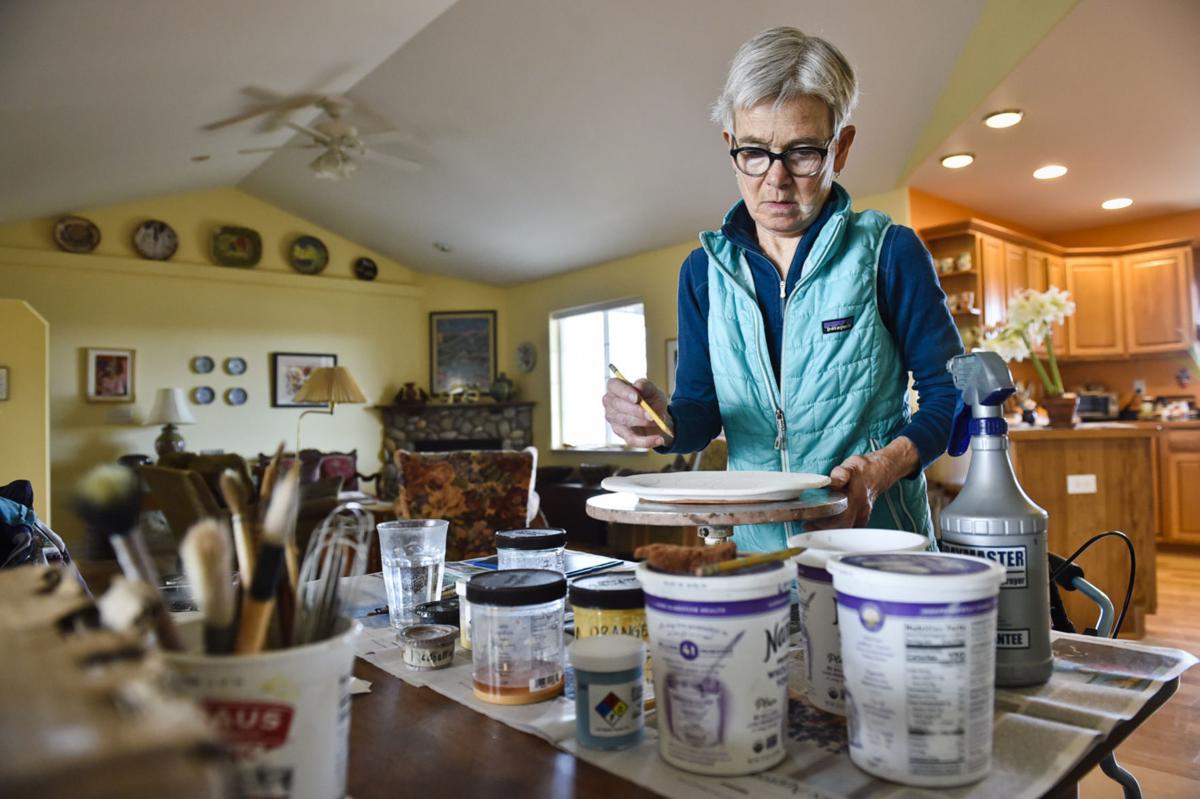 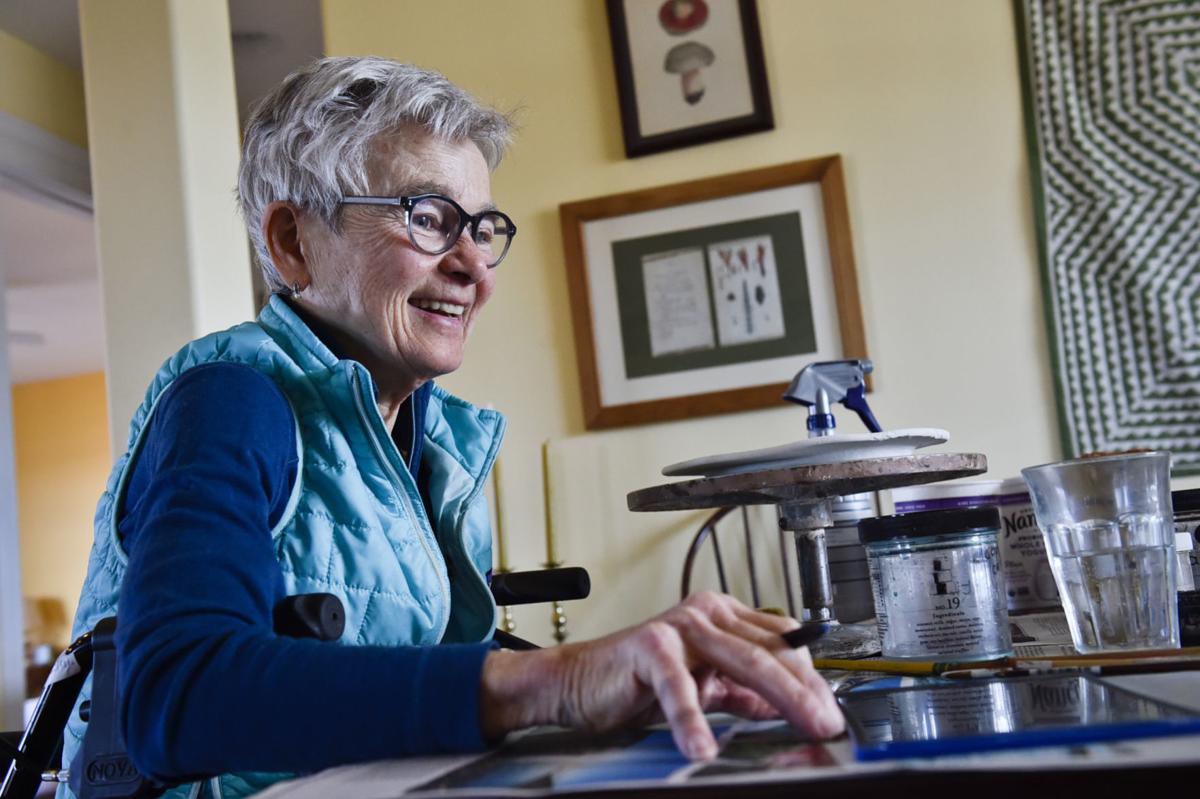 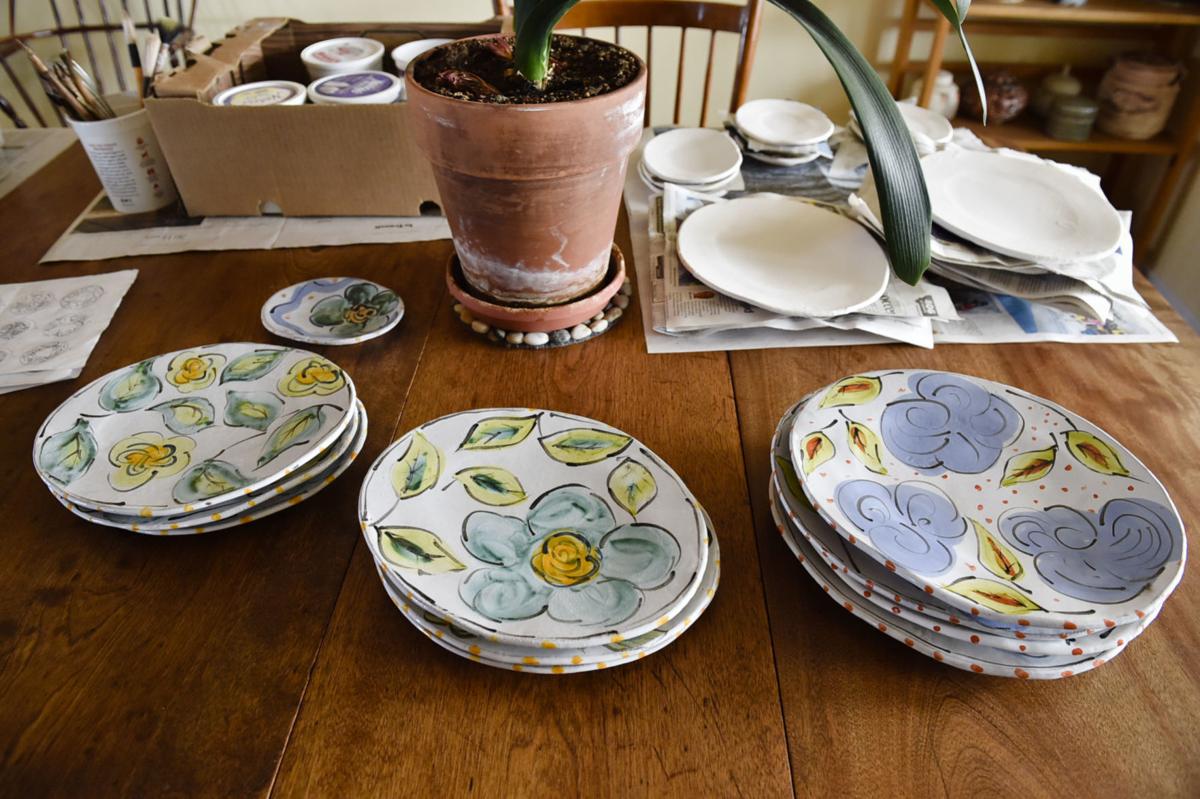 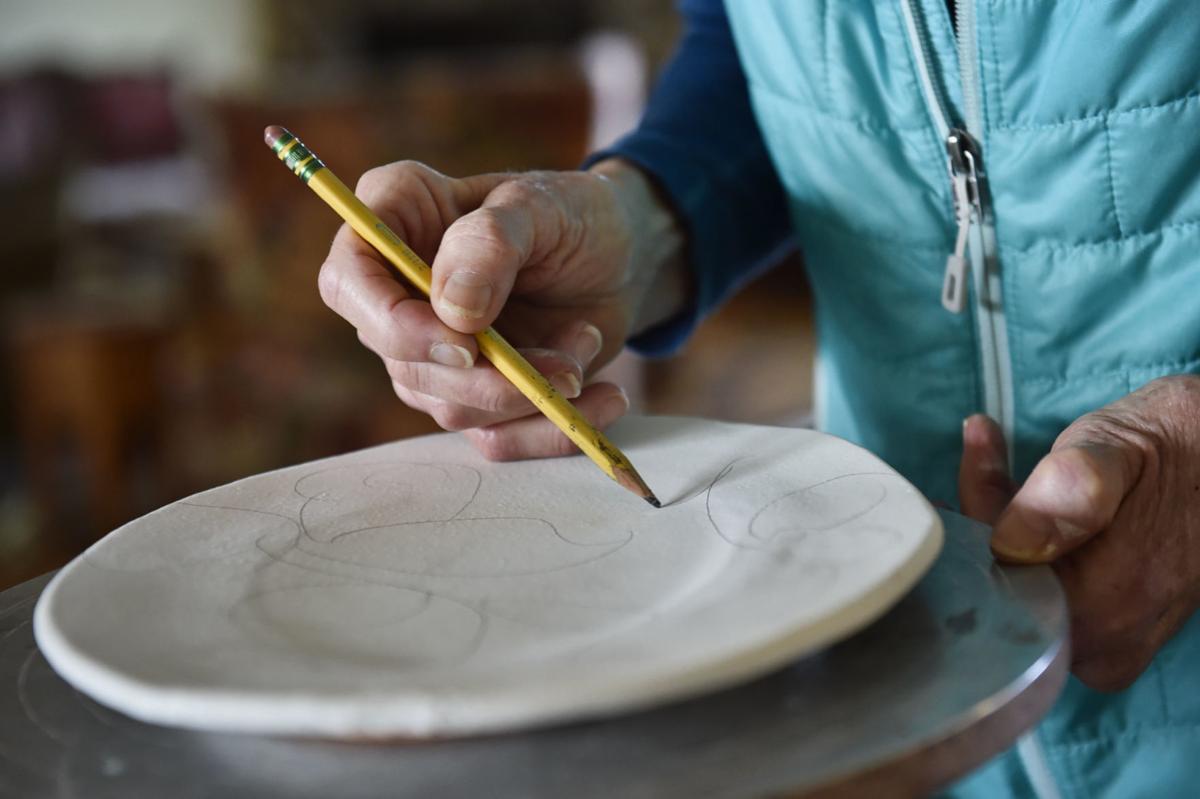 Sarah Jaeger at work in her Helena home recently. 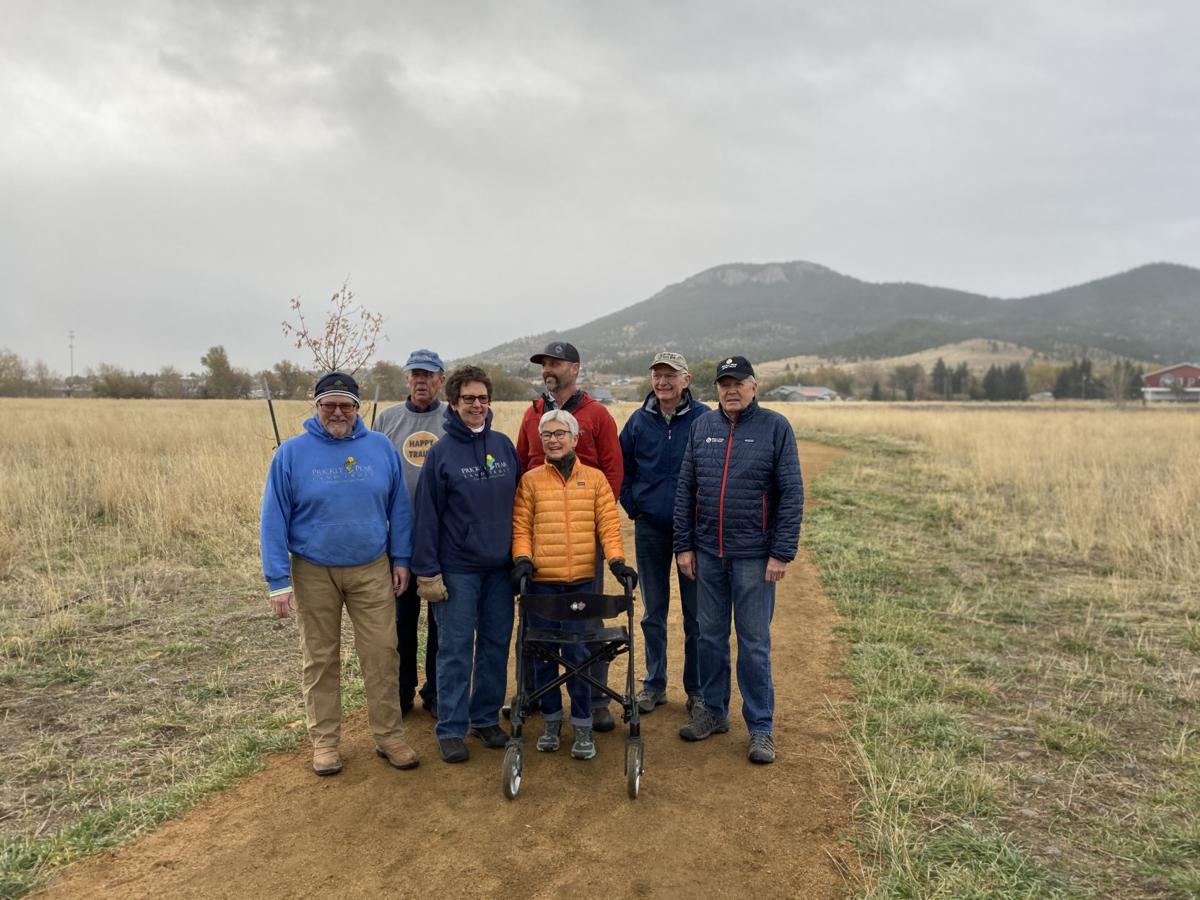 Sarah Jaeger, center, volunteers with Prickly Pear Land Trust with a focus on accessible urban trails. “She has been a fierce advocate and has helped the land trust internally” to be thoughtful in developing trails that are ADA accessible, said PPLT Executive Director Mary Hollow.