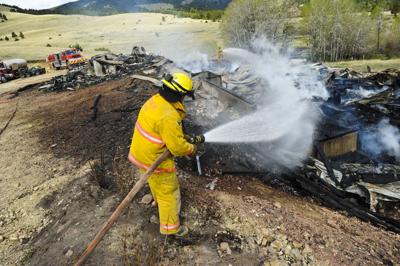 His other job at the post office allows him five weeks of paid time off each year, but he doesn’t spend it going on vacation. Instead, Muse uses his vacation time during the afternoon, when he leaves his job to fight fires.

Muse picks up the slack in any way he can to mitigate the damage done by a lack of volunteers. Volunteer fire departments throughout Lewis and Clark County are experiencing a dearth of volunteers, resulting in less local protection and more responsibility on the backs of chiefs and the few who show up. The struggle to find and retain volunteers is compounded by the fact that many of the volunteers they do have are aging out.

The lack of volunteers is a reflection of a nationwide trend, which placed the number of volunteer firefighters at a record low in 2011. Though the national numbers are slowly climbing back up, they aren’t enough to supplement community needs. Volunteer firefighters are the first line of defense in local emergencies and are tasked with the critical step of assessing a fire and launching the initial attack.

“I don’t know what needs to be done to convince people (to volunteer), but it’s dire,” Muse said. “It really is.”

But the number of volunteers on the roster doesn't tell the whole story, as all of them have other responsibilities and can't respond to every call.

“It doesn’t really matter how many people you have, it’s about how many show up when you have a call,” said Charlie Taylor, chief of the Augusta Volunteer Fire Department.

Often, it's not enough.

Virtually nonexistent job and housing markets, aging populations and the shifting values of young generations are all among the ideas proffered by fire chiefs, volunteers and national organizations alike to explain the volunteer crisis.

According to Rocky Infanger, chief of Wolf Creek-Craig Volunteer Fire Department, the lack of a job market and the lack of young volunteers go hand-in-hand. Jobs in Wolf Creek are few and far between, and young people are pushed into Helena to find both work and housing.

“There’s no reason for them to be here,” Infanger said. “If they want to work, they go somewhere else. There is nothing really to keep them here.”

This leaves the duty of volunteering to the citizens of Wolf Creek, many of whom are trying to enjoy retirement. The same is true of Augusta and Lincoln. Most job opportunities are out of town and take the young people with them. According to data from the National Volunteer Fire Council, in cities with a population less than 2,500, volunteers over the age of 50 account for 30.8 percent of volunteer staff.

In Augusta, the average age of volunteers is 55. Many of the team members, according to Taylor, are in their 60s and 70s. In Lincoln, too, the demographics are weighted toward those in retirement, with 50 being the average age. One retired firefighter, Muse’s right-hand man, has been indispensable to the department.

Ken Crymble -- whom Muse and the other volunteers amiably call KC -- is a 74-year-old firefighter. Crymble has been volunteering since the 1970s and although he loves what he does, the only thing standing between him and retirement is the gaping vacancy where other volunteers should be.

“I would like nothing better than to come to a fire meeting and have Zach say, ‘KC, we can only have 15 bunkers and we have five guys waiting.’ I would love that,” Crymble said. “That would be my end, and I wouldn’t have any problem walking out that door.”

But there aren’t enough volunteers coming forward to make that happen. Shifting values and generational differences may be partly to blame, the chiefs said. A few of the men grew up in families who volunteered, and they said that isn’t often held as a priority anymore.

“There’s no sense of community anymore, you know? There are still those who were raised that way, but it isn’t like the old days when you had a strong cadet program and you had all these young kids helping their neighbors,” Muse said. “And it’s not just the kids -- it’s everybody. Everybody wants to sit at the bar and complain about everything, but they don’t want to go out and help.”

The ideal number of volunteers for the chiefs would be a full roster, and preferably a waiting list. For the time being, though, that’s not the case. Higher numbers could help rural volunteer fire departments further protect the community, both financially and physically.

“Volunteers, financially what we do for the community, you can’t put a pencil to it,” Crymble said. “You cannot afford a paid fire department in a community like this.”

With their help on front lines across the nation, the National Volunteer Fire Council estimates that volunteer firefighters save the nation $46.9 billion per year. The hours they donate save their communities from having to support a paid staff of volunteers.

They are also responsible for keeping fires under control, which is best executed with a hearty staff. Many of these stations are well-equipped in terms of trucks and gear, but as Crymble pointed out, there’s not a truck in the world that can put out a fire without a man to help.

Luckily, rural volunteer fire departments have mutual aid agreements to rely upon. Fire departments in Lewis and Clark County help each other out by responding in different districts when needed, saving the tiny volunteer staffs from fatiguing too early into a call.

“We couldn’t survive without them,” Infanger said. “They’re a godsend for us.”

The lack of volunteers in rural fire departments also takes a personal toll on the chiefs who have to pick up the slack. Despite the stress it causes the chiefs, they all abide by one philosophy: If there’s a call, they go.

Taylor owns his own business. Muse hasn’t had a weeklong vacation in 10 years. Each of the three fire chiefs describe missing birthdays and holidays, bruising family relationships.

“My wife can tell you, I don’t know how many times over the years we’ve been sitting down for dinner or going to bed or at somebody’s house -- yesterday we were at a funeral service -- when the pager goes off, and I just have to go,” Taylor said. “You never know if enough people will show up, so you really can’t pick and choose.”

Taylor said his children were likely affected by his time spent away from home as they grew up. Infanger and Muse described the same problem. Time moves quickly for the busy, and milestones come and go with a speed that only nostalgia can keep up with. Nonetheless, the chiefs keep at it.

“We all have to step up and do what needs to be done, regardless,” Infanger said. “Ultimately, as fire chief, I am responsible for all of it. If I have nobody else to do it, it falls back to me.”

This is the first in a two-part series about the volunteer crunch faced by emergency response organizations in rural Lewis and Clark County.

Aaron Birkholz sat at a red picnic table outside Coyote Coffee, one of his two family-owned small businesses in Lincoln. As if managing two fa…

Read through the obituaries published in Independent Record

Yellowstone Caldera Chronicles is a weekly column written by scientists and collaborators of the Yellowstone Volcano Observatory. This week's contribution is from Robert Smith, distinguished research professor with the University of Utah and a founding member of the YVO consortium.

Local control of urban renewal districts hit a snag Wednesday after a committee voted not to advance a draft bill to the state legislature.

The 1990s aren’t exactly ancient history, but it is in the past, and that makes it part of Annaliese Warhank’s job.

Montana voters will decide in November whether to raise taxes on all tobacco products by $2 and use the money generated from that tax to continue Medicaid expansion in the state — an initiative the president of Planned Parenthood of Montana supported Wednesday.

Lewis and Clark and Jefferson counties are banning the open burning of debris due to the risk of wildfire.

Based on a vote count released Monday, it doesn't look like there is enough support to call a special session of the Legislature this month to…

A Helena judge is ordering the Montana Green Party removed from the ballot this fall, saying the group did not submit enough valid signatures …

Caitie Sauter has been found in Helena and is OK, the Helena Police Department reported.

After beating cancer, young survivors learn to fly as part of camp that landed in Helena

In the hazy heat of Tuesday morning, four tiny passenger planes touched down one after another on a runway in Helena. Climbing out of the plan…

Lewis and Clark County plans to increase its annual spending by $15.4 million for the 2018-19 fiscal year, largely to account for jail constru… 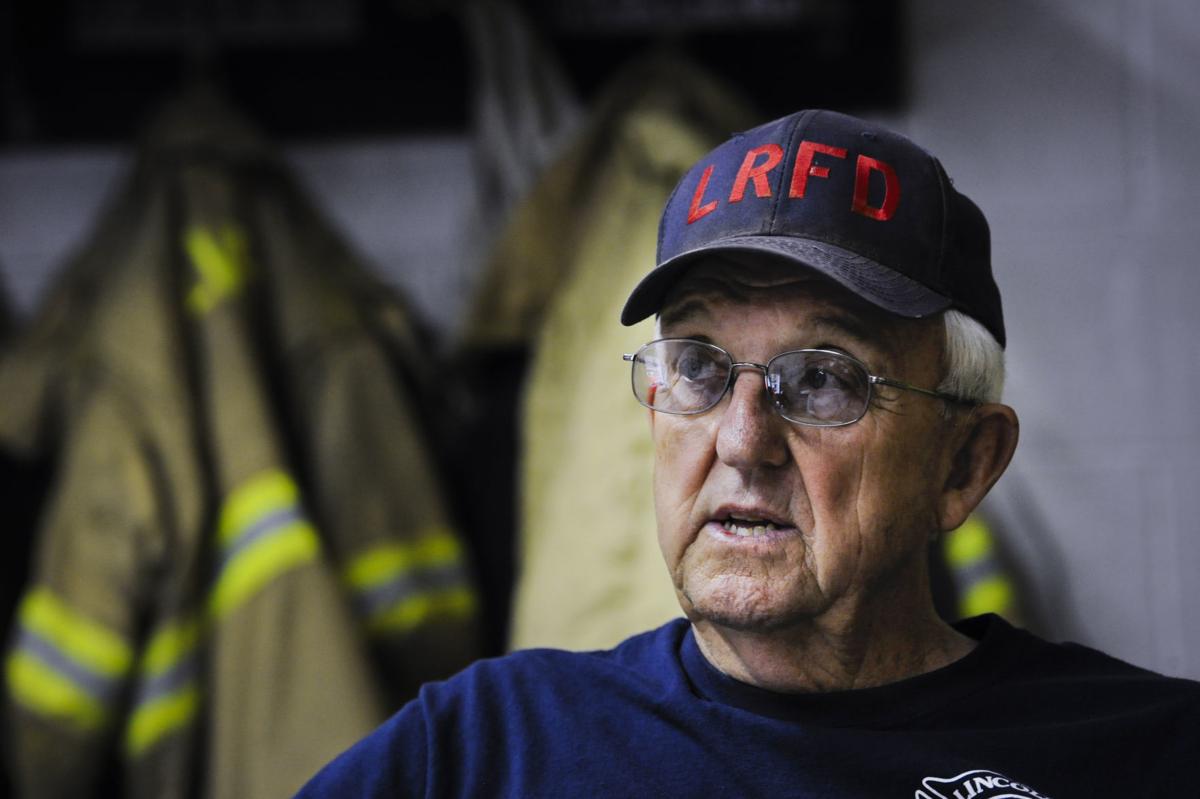 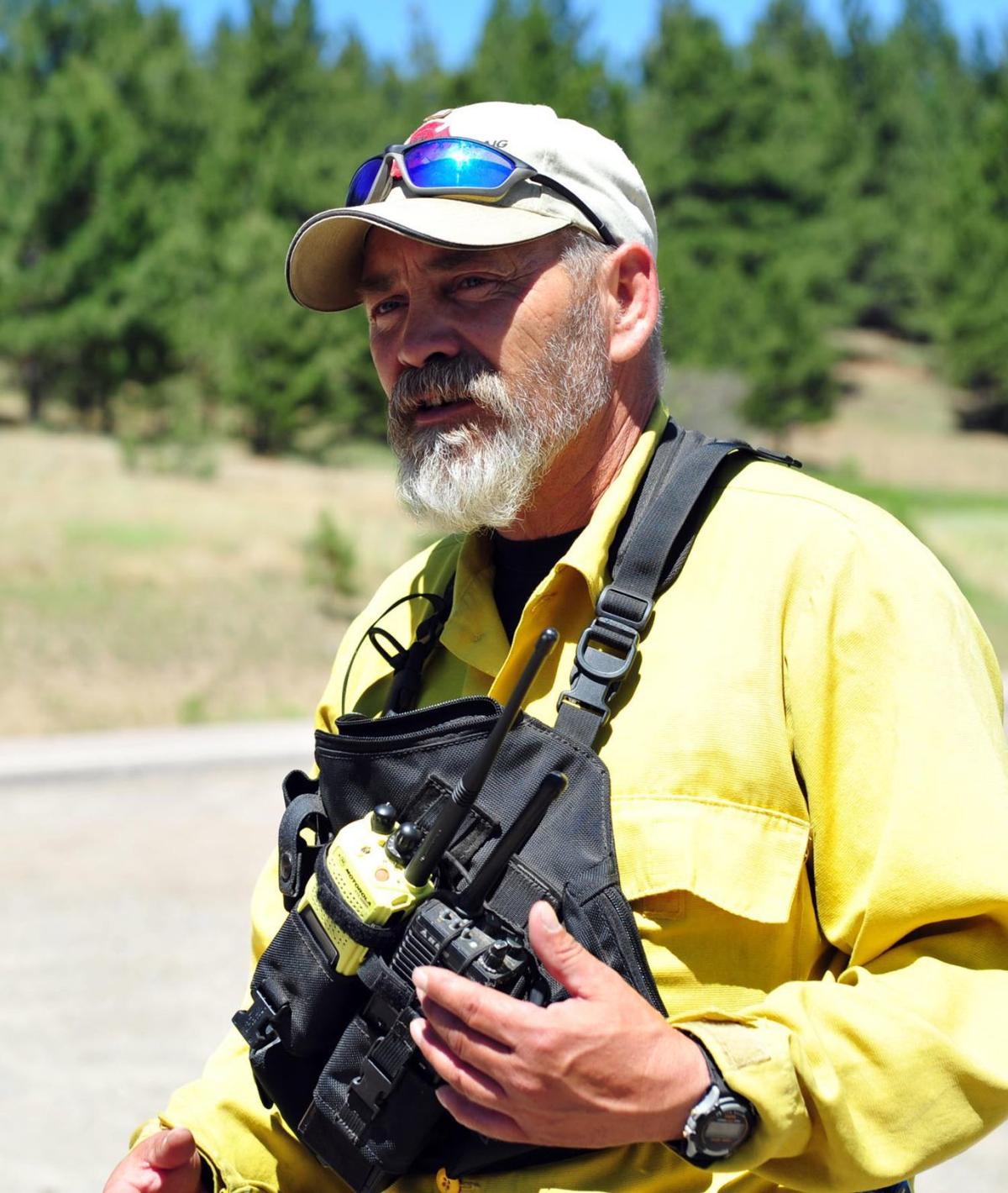 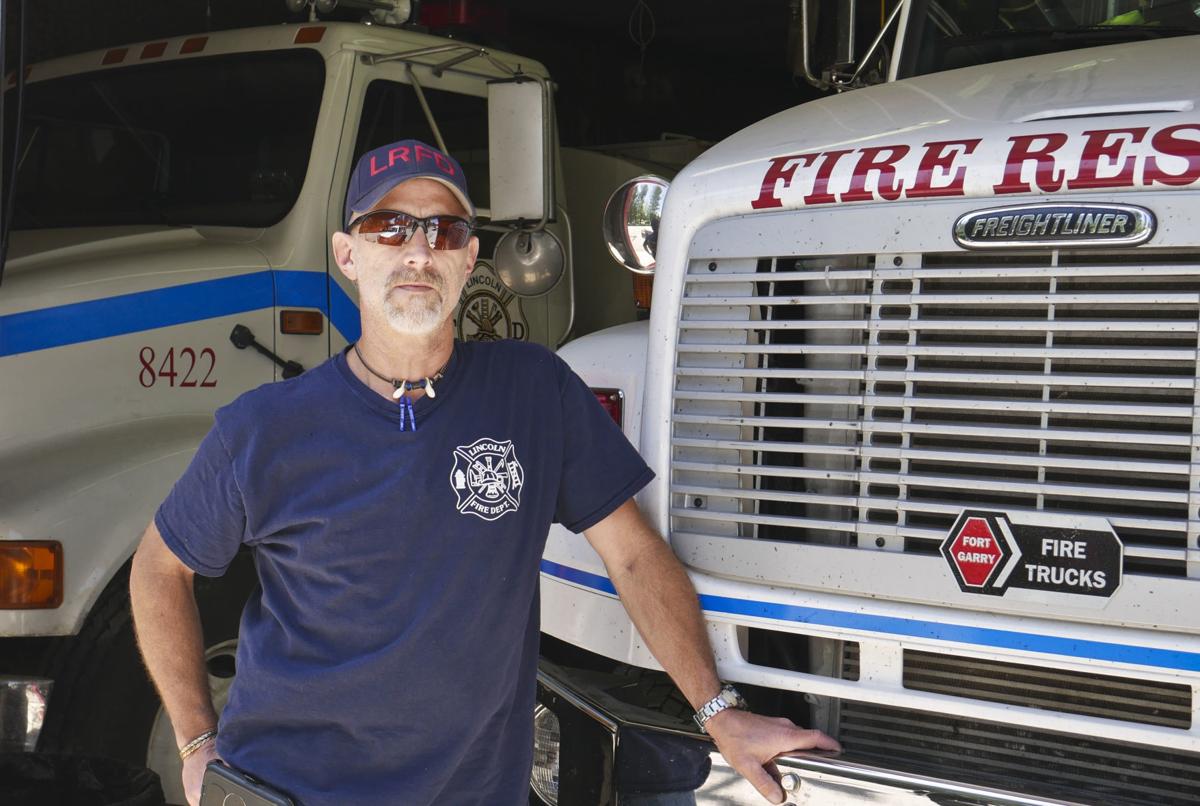 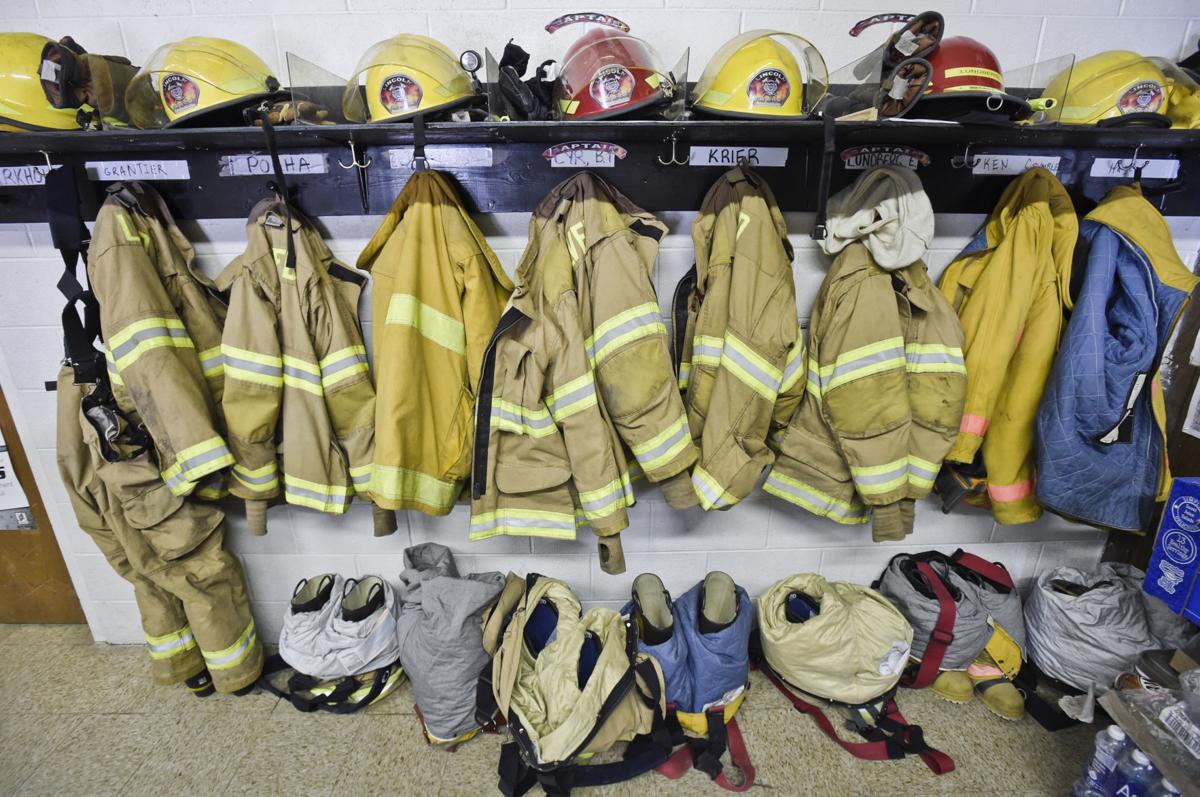 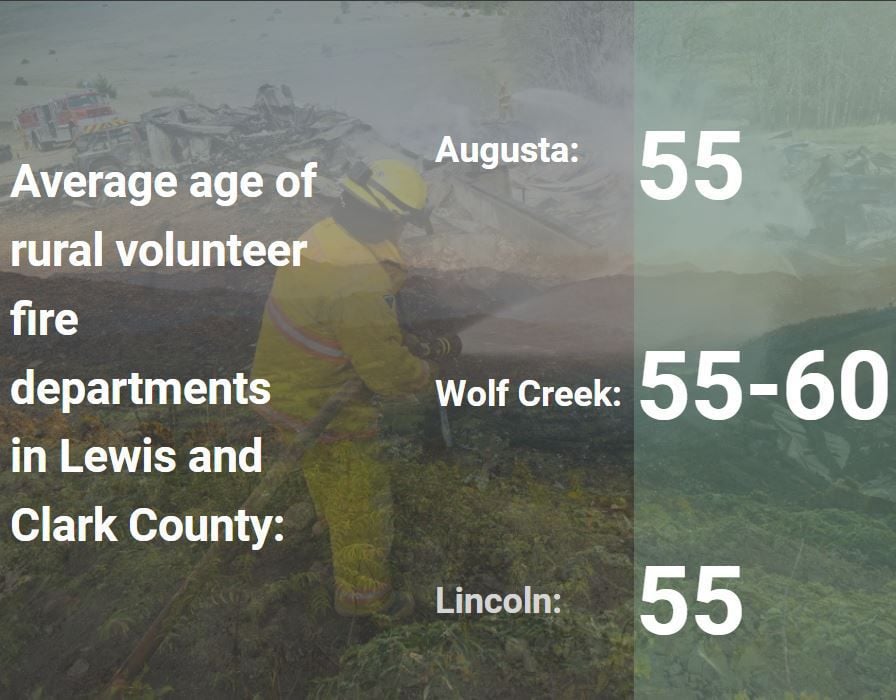