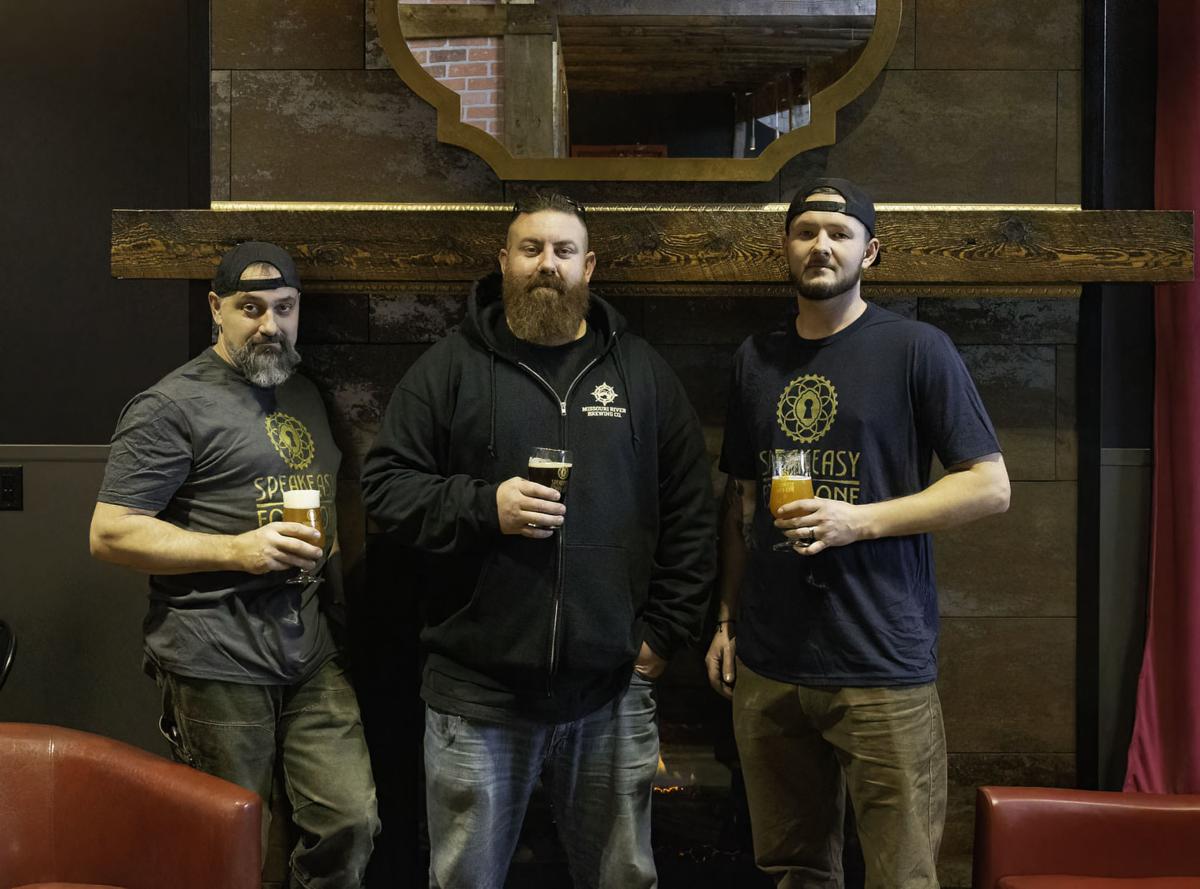 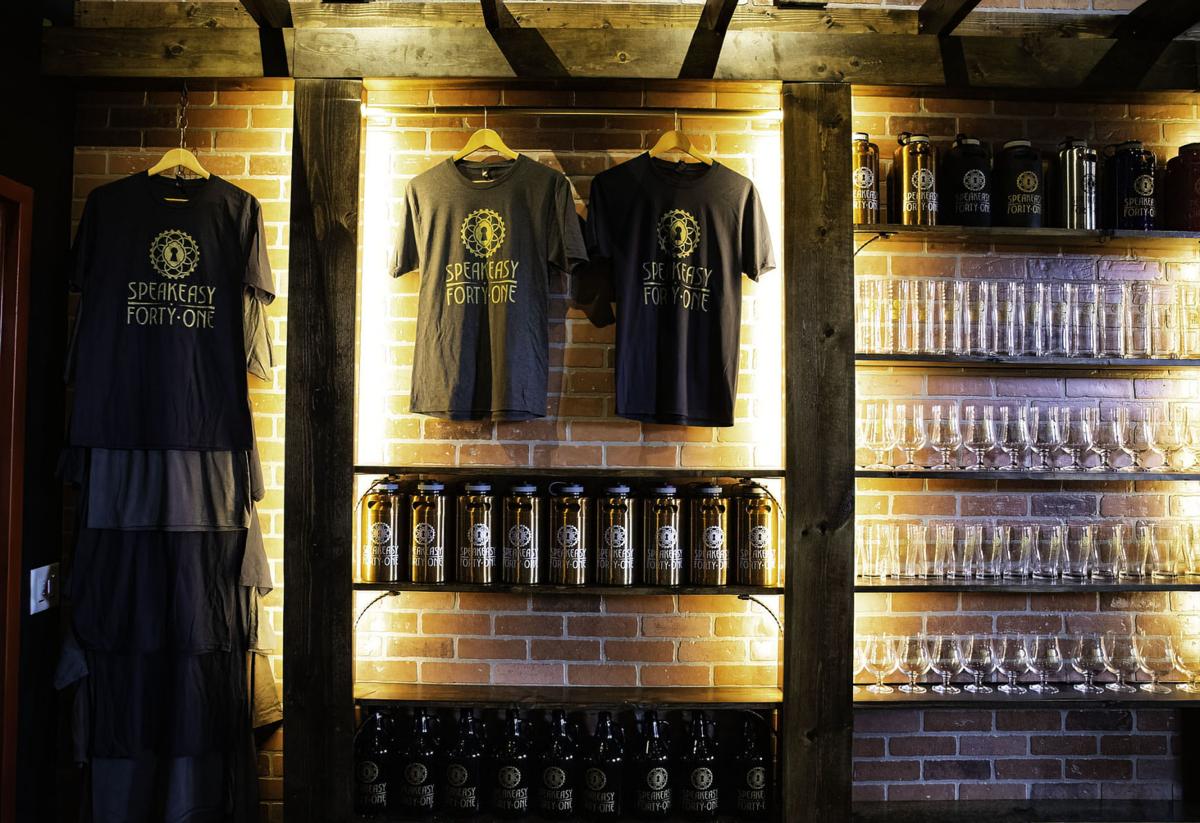 Speakeasy Forty One will have a Prohibition theme.

A big part of capitalizing on that success comes to Helena on Dec. 1, when Speakeasy Forty One opens. When walking into the front door of the building guests will be met with a bookcase, pulling on the handle of that bookcase will reveal a hidden door into the cozy brewery space.

"Back at the beginning of the pandemic, Snowhop had to shut down," said co-owner Adam Hutchinson. "We had been asked if we would like to take over this space, but at that time we hadn't even opened the place over in East Helena."

Missouri River Brewing is run by its three co-owners; Hutchinson, Jaramia Bunker and Scott Hansing. According to Hansing, the plan to take over the space now occupied by Speakeasy has been in the works for well over a year, but got put on the back burner while they worked hard on making what they now call the "mothership" brewery in East Helena successful.

"We wanted to make this space our own. It has its own decor, it has a Prohibition theme," Hansing said. "There will be some crossover brews with the East Helena location, but it will also have a lot of new exclusive beers."

Bunker explained it as using Speakeasy as a was to take the staples from the East Helena location and put a new twist on them. Hansing said they're always experimenting with new brews and pushing boundaries wherever they can, which is something they plan to continue at Speakeasy.

"That is a business model that we are known for and has worked well for us," Hansing said.

The changes are evident from the moment you walk through the bookcase into Speakeasy. The formerly modernist interior of Snowhop has been transformed into something closely resembling a Prohibition-era secret pub. The owners built darkened the space put in a cozy fireplace and vintage barrel tables. They also completely reformed the bar space and even have a projector to show films in black and white. The new interior design is something that the men have been working on since July.

"It was a big challenge dealing with the fact that it was designed to be modern," Hutchinson said. "This placed will be that cool little neighborhood brewery. Missouri River will always be the mothership."

Hansing added to this by saying that Missouri River was built from the ground up to meet the needs of their company as a brewery. With Speakeasy, it was them being given a pre-existing space and having to make it work.

"It's all about the experience to us. This is a continuation of that," Hansing said. "The idea is to make it a cool place to hang out."

Bunker said they worked hard to make the mothership unique and they wanted this sister brewery to be an expansion of that mentality. Working within this space that already existed, presented it's own set of challenges, said Hansing.

"It's a very challenging situation to take on this location that had its challenges. We had to re-imagine something that everyone already had their opinions on," Hutchinson said. "We are going for a cozy atmosphere. We might have this table with six chairs but only two people sitting at it, we want other people they don't necessarily know to go sit with them. The goal is to get people to sit down and engage with each other."

Hansing said that in East Helena they've already become kind of that neighborhood brewery and that's what they want Speakeasy to be for North Helena.

According to Hutchinson, they've also partnered with nearby Conforto Restaurant, set to host its grand opening on the same day, to deliver food to the brewery. Hutchinson said they will always welcome outside food, but this little partnership will hopefully be symbiotic and take things to the next level.

Meanwhile, during the process of opening Speakeasy, the Missouri River Brewing crew has also been paving their way to statewide distributing via kegs and cans. According to Bunker, the canning operation should be set up early next year. Cans will go to grocery and convenience stores and kegs will go to bars and restaurants. Hansing said the team partnered with Hayden Beverage Co., who are expanding from their Idaho home base into Montana, for this purposes. They are working with a graphic designer to finalize labels they hope will stand out on shelves across Montana.

It has been a long year for the Missouri River Brewing Company and its owners. Bunker said the three want to thank their families and staff for all of their support and putting up with them over the past couple of years.

While some folks preserve Black Friday as a time to make some headway in their holiday shopping or recuperate from Thursday's feast, others ta… 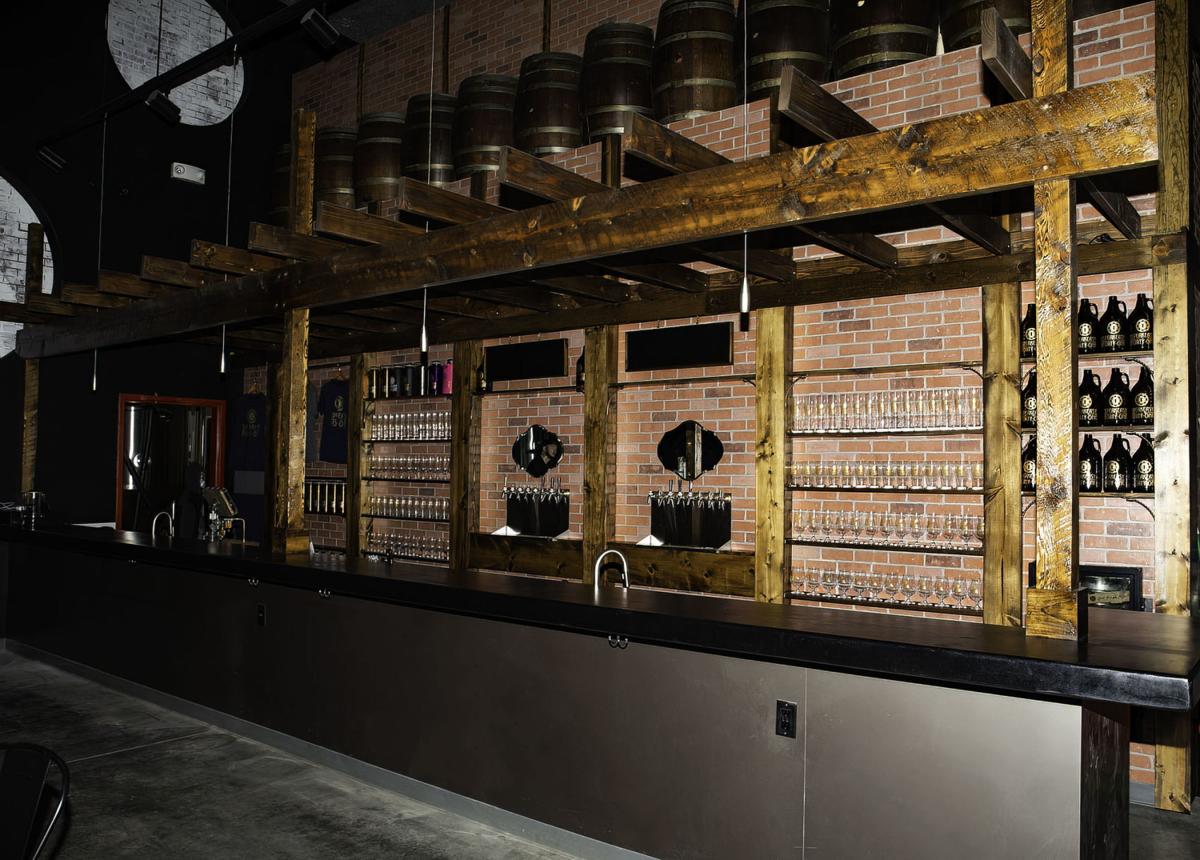 Speakeasy Forty One will have a Prohibition theme. 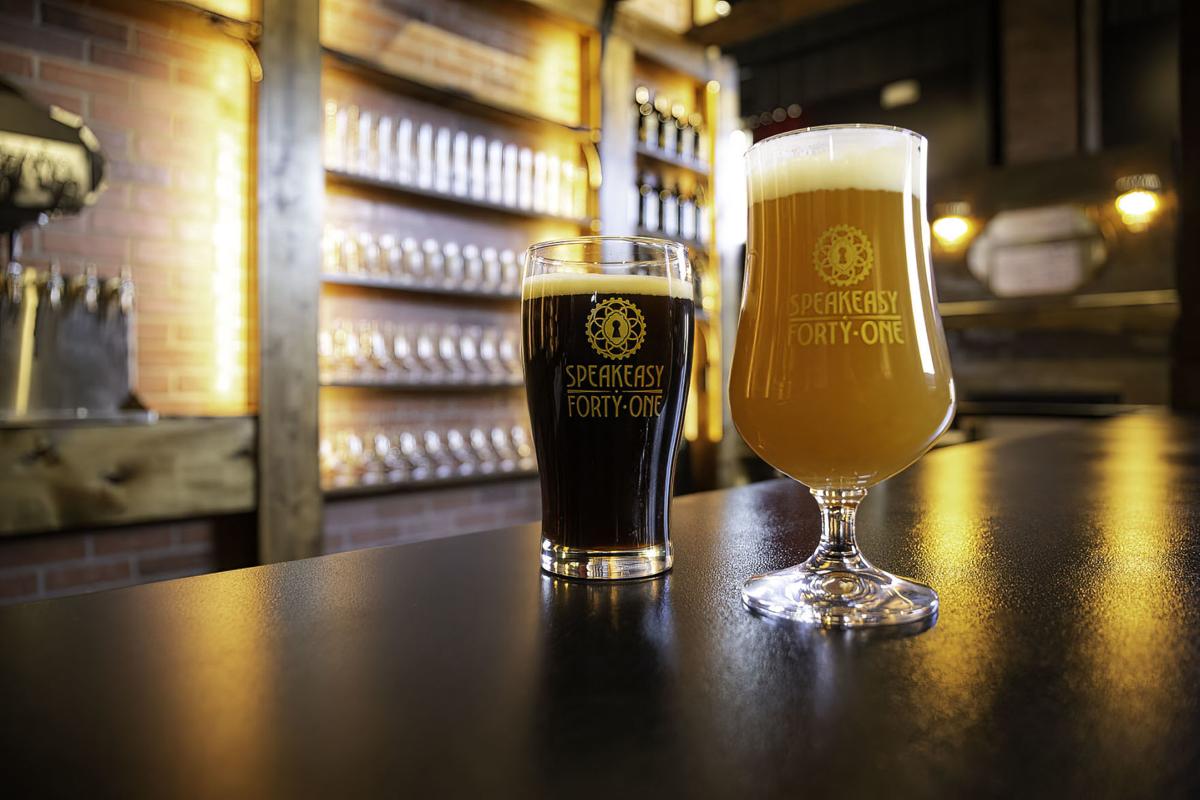 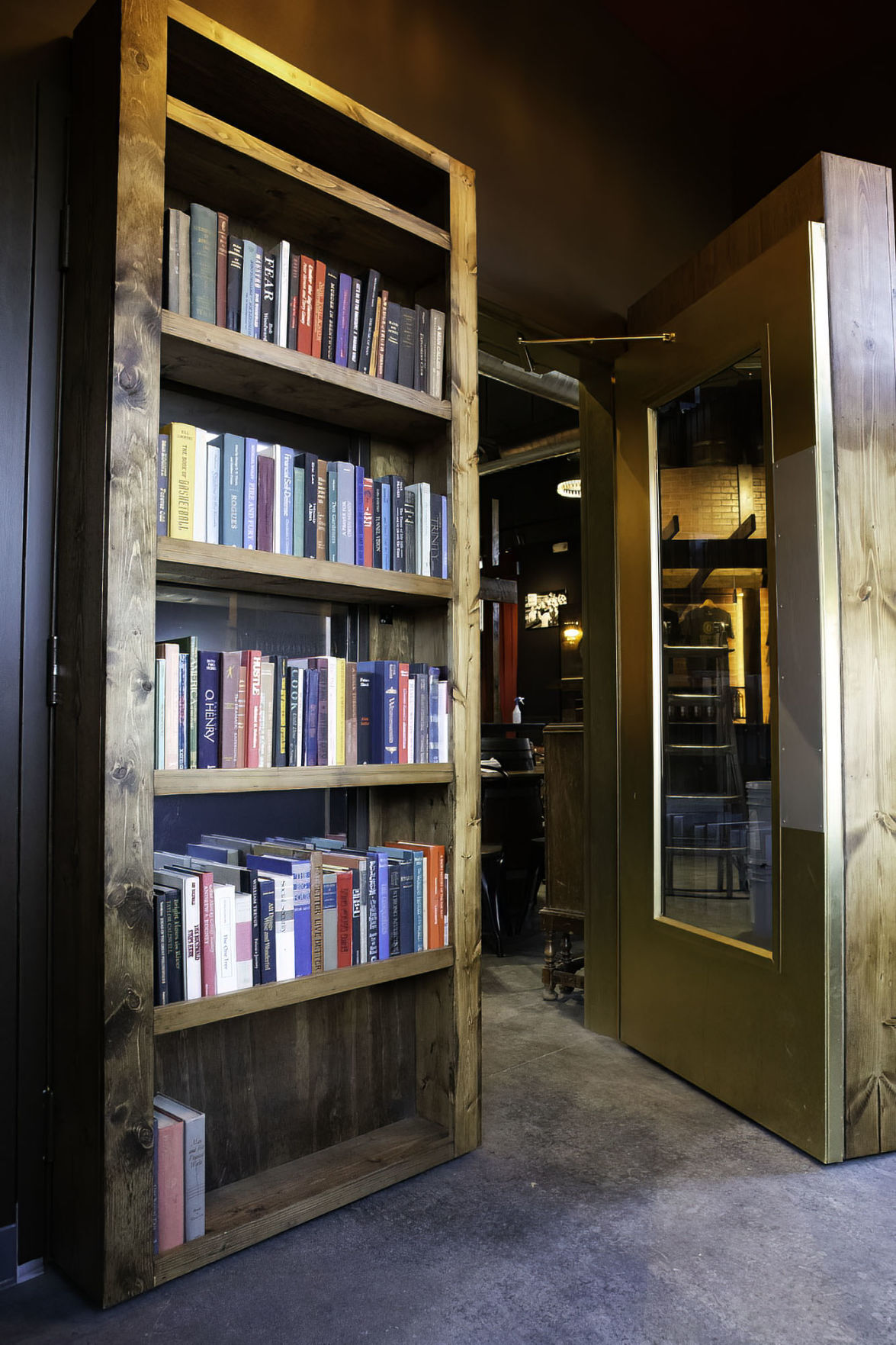 A bookcase provides entry to Speakeasy Forty One. 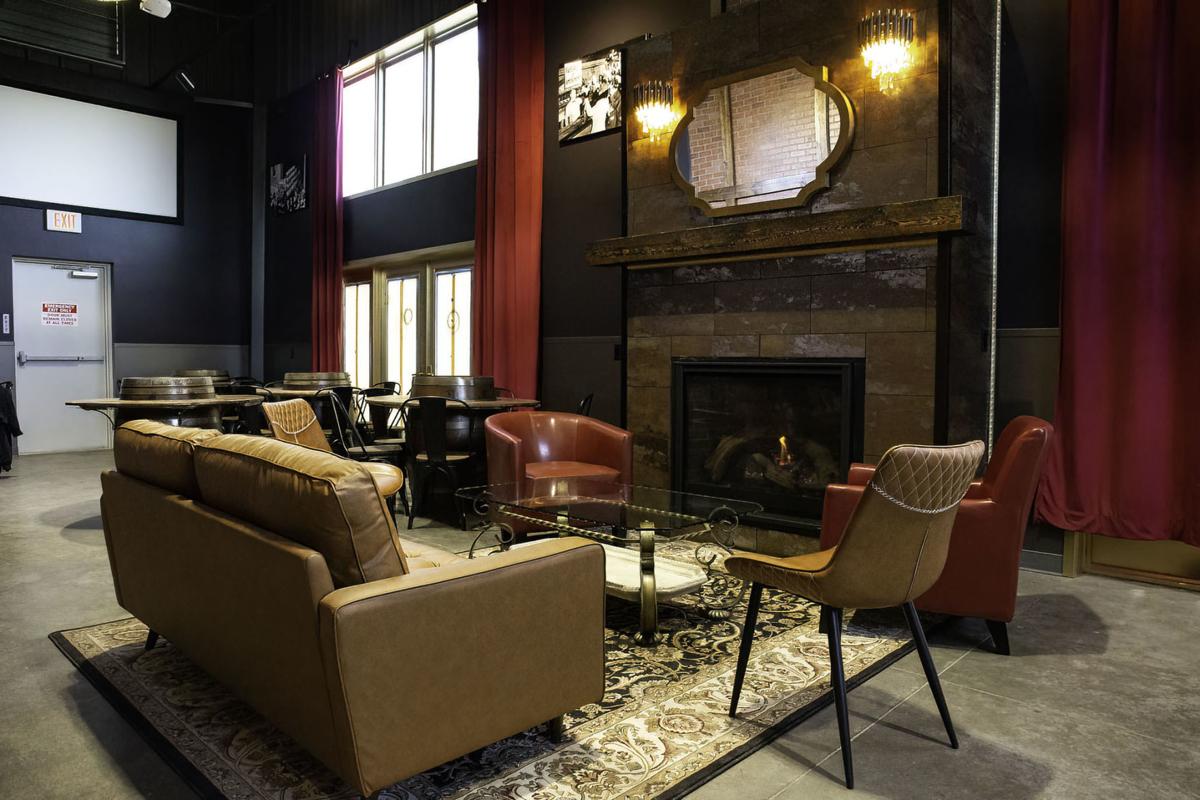 Speakeasy Forty One will opened Dec. 1.