Editor's note: Along with $163,887.51, the following reference letter will be given to outgoing Helena City Manager Ana Cortez in exchange for her Feb. 6 resignation.

RE: Reference Letter for Ana Cortez

To Whom It May Concern,

The following reference letter is offered on behalf of the City Commission for the City of Helena, Montana. Ana Cortez was employed by the City of Helena from January 2019 to January 2020 as the City Manager. When Ms. Cortez was hired, the City Commission set out to achieve a number of desired changes in the first year in an effort to alter the output and direction of city services, including increasing public input, improving outcomes, accountability and customer service and financial efficiency. These were aggressive goals that could not be met overnight, and were certainly not changes welcomed by all, however, overall, Ms. Cortez worked to bring about these changes. While change in an organization can be difficult, Ms. Cortez was responsive to the Commission’s request to work on developing further her interpersonal skills to allow her to more effectively communicate internally and with outside agencies and the public.

In her tenure, Ms. Cortez completed her first budget process by succeeding in getting the biennial budget adopted and balancing the FY2020 general fund to include 21% reserves and fund balance. During this time, she put a tremendous amount of effort into improving the budget process to allow the Commission the ability to provide overarching policy decisions. She led an open budget development process that involved in-depth analysis of the budget and also provided several community outreach sessions.

Ms. Cortez worked with City departments to streamline many outdated processes and procedures including improved snowplowing, zoning reform, the creation of a new RFP process designed to increase community benefit, and development of a new, more user-friendly website. Ms. Cortez performed well in carrying out Commission policies and providing timely responses to Commission requests. She regularly informed the Commission regarding on-going or new situations, goals and priorities and was thoughtful in listening and responding to Commission comments and concerns. 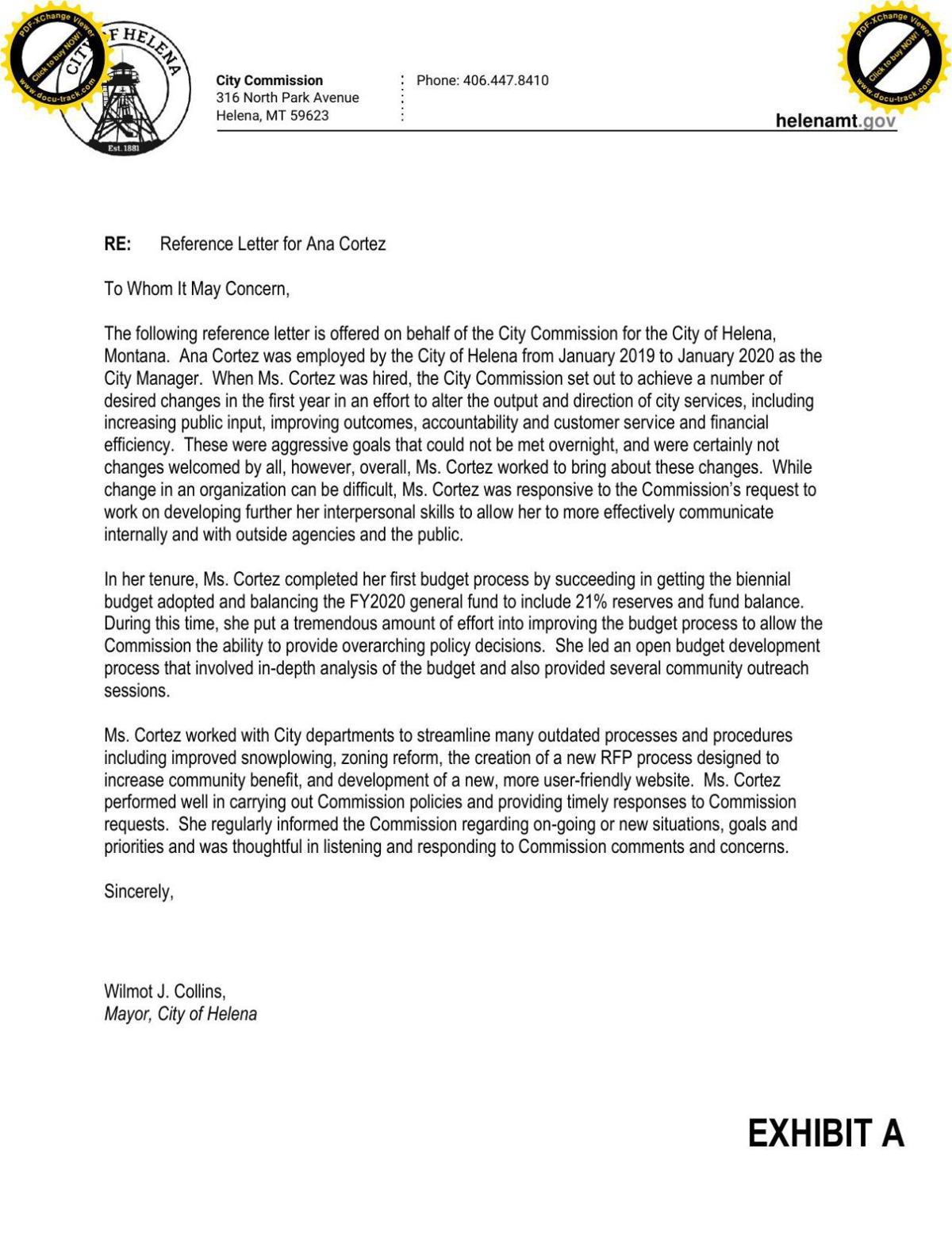 The Helena City Commission unanimously agreed to give City Manager Ana Cortez $163,887.51 and a reference letter in exchange for her Feb. 6 re…