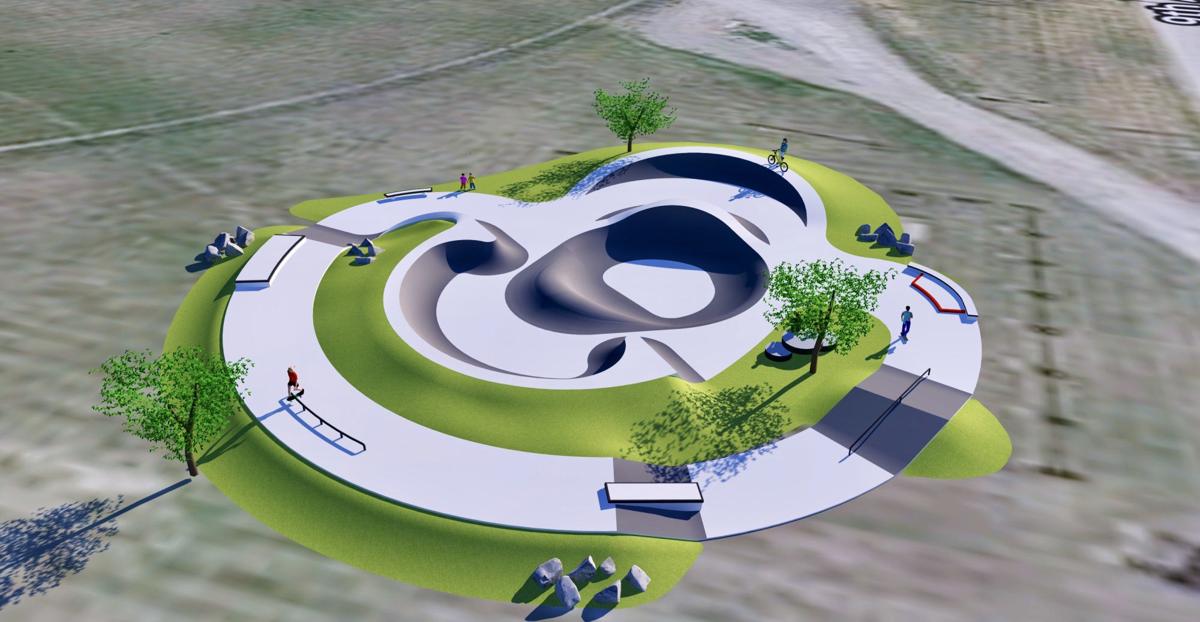 A rendering of the proposed skatepark in Lincoln's Hooper Park is shown. Lincoln High School English teacher Phil Reed has been working with a group of 15 students to fundraise for the new skatepark, with Pearl Jam bassist Jeff Ament matching up to $100,000 that they can raise according to Reed. 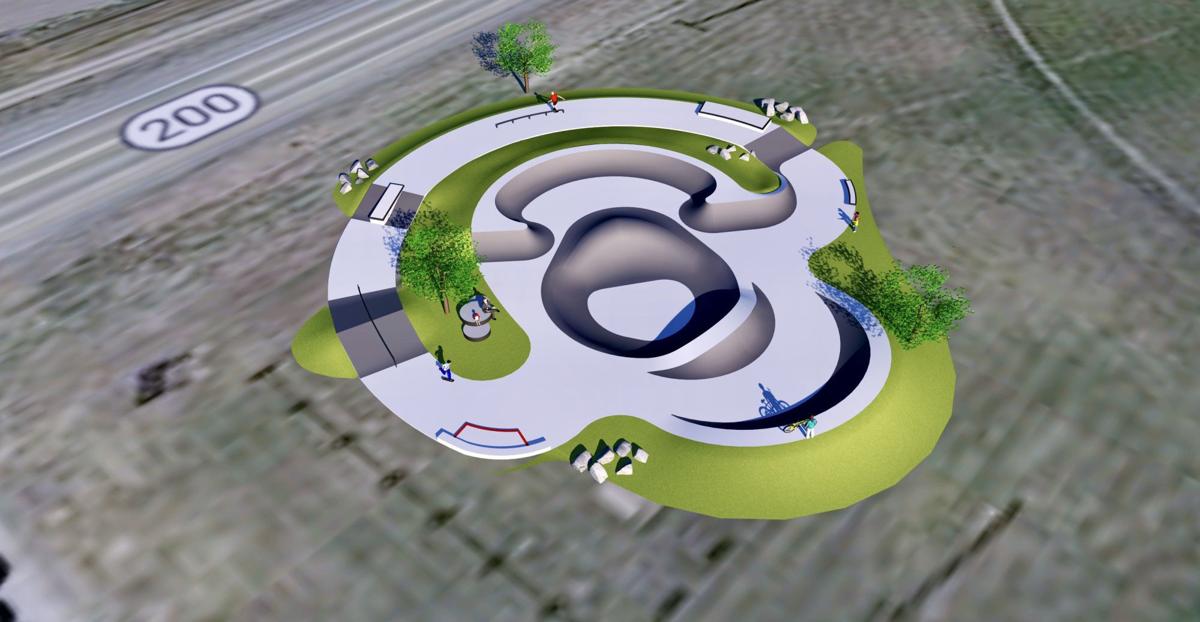 A rendering of the proposed skatepark in Lincoln's Hooper Park.

A group of Lincoln residents are working with Pearl Jam's Jeff Ament to bring a skatepark to the area.

Lincoln sits right next to the Bob Marshall Wilderness and some of the best backcountry skiing in the state, but isn't really known for its skating culture. That's something Phil Reed is hoping to challenge.

"The community has really jumped in and wanted to get involved," Reed said.

Reed, an English teacher at Lincoln High School ("I am the English department here" Reed said. "We're a small school.") has been working with a group of 15 students to fundraise for the new skatepark.

The opportunity for the community to come together is one of the key aspects behind the skatepark.

"I think that people take a lot of pride in their communities, and there's an opportunity to really do something for the community and improve it," Reed said.

Along with bake sales, car washes, bike rallies, lawn mowing and dinners, Reed hopes future fundraising will grow organically as the clock counts down to next summer, when construction on the Lincoln skatepark will hopefully begin in earnest.

Raised in Big Sandy, Ament didn't necessarily have a "Lords of Dogtown" set of empty suburban pools where he could practice skating, but at one point he did have the biggest ramp in northeastern Montana. He picked up his love of skating as a kid and has been focused on helping small towns like Lincoln gain world-class parks because of his connection to both small-town Montana and skating culture.

"I'll do it until the band breaks up or Montana folks get sick of me," he said.

Ament said Lincoln was chosen because of its distance from other Montana skateparks and because Reed and Lincoln Public Schools reached out.

"Skateparks are replacing tennis courts all over the country," he said.

And he has a long list of other towns that are on the list for future parks: "Shelby, Miles City, Libby, Hardin, Philipsburg ... a proper bowl in Billings, Ronan, you get the picture," Ament said.

Ament hopes the new park will get kids and "brave adults" out in the fresh air to focus on getting "radical."

He believes that people will be coming back to rural communities sooner rather than later, so giving those communities attention is a forward-thinking action. That and he loves rural Montana.

The breeze came seemingly on cue Thursday morning, shaking and shimmering the massive American flag raised above Centennial Park as part of th…

The official poster from Pearl Jam's concert in Missoula Monday night is drawing fire for drawings that appear to show a skeletal President Donald Trump's body being picked at by a bald eagle while U.S. Sen. Jon Tester flies over a burning White House like Evel Knievel, only on a tractor.

Jeff Ament keeps traveling a circular route, from his home state of Montana to arena-sized concerts around the world and back.

A video for Pearl Jam bassist Jeff Ament's new solo album premiered on Rolling Stone's website on Thursday. He made it in about four days last week with two University of Montana professors.

Skaters and community join together to build skatepark

STEVENSVILLE – You never want to judge a book by its cover.

Lincoln's 67th annual Fourth of July parade started with a stop this year.

A 36-year-old East Helena man was killed in a two-vehicle crash Sunday night.

Whitehall man dies after accidentally shooting self at Helena fairgrounds

A 20-year-old Whitehall man died after accidentally shooting himself Saturday evening at the Lewis and Clark County Fairgrounds, according to …

Zackariah Thomas Bell has been found.

A project to resurface seven roads in the North Helena Valley is set to start Tuesday, according to Lewis and Clark County officials.

A rendering of the proposed skatepark in Lincoln's Hooper Park is shown. Lincoln High School English teacher Phil Reed has been working with a group of 15 students to fundraise for the new skatepark, with Pearl Jam bassist Jeff Ament matching up to $100,000 that they can raise according to Reed.

A rendering of the proposed skatepark in Lincoln's Hooper Park.