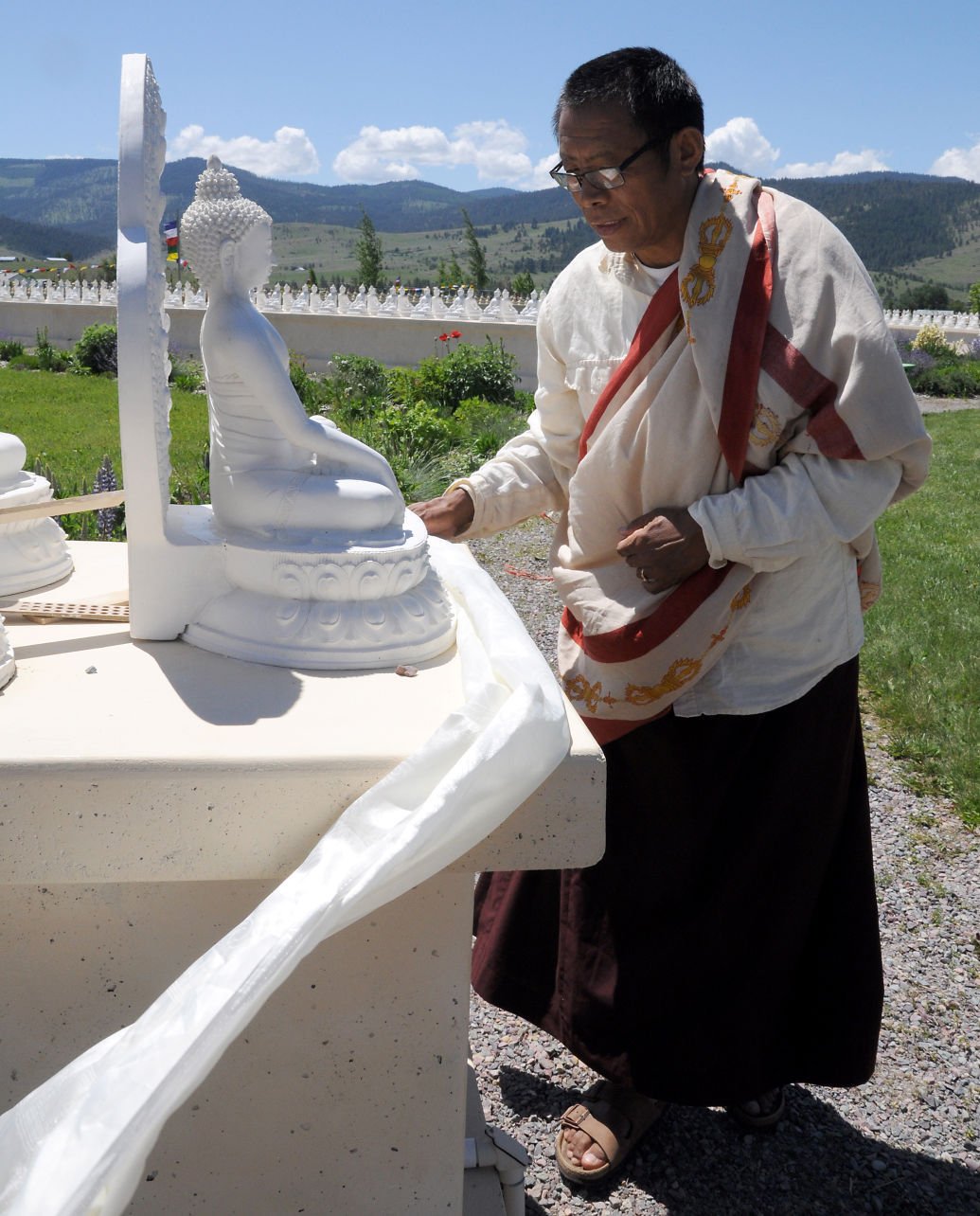 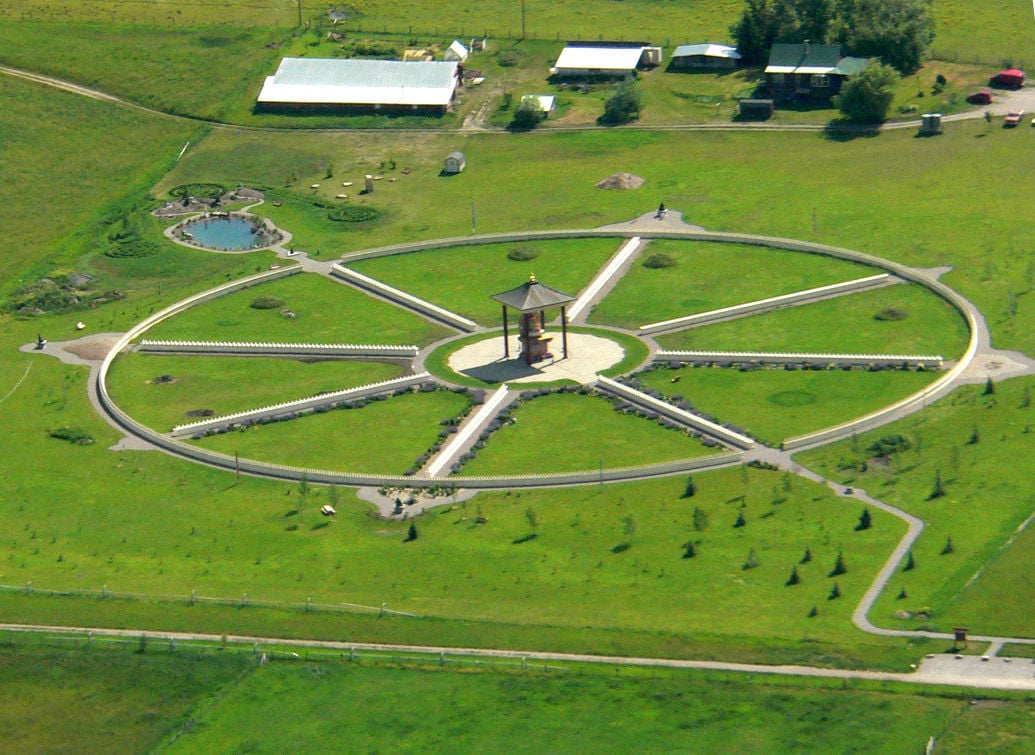 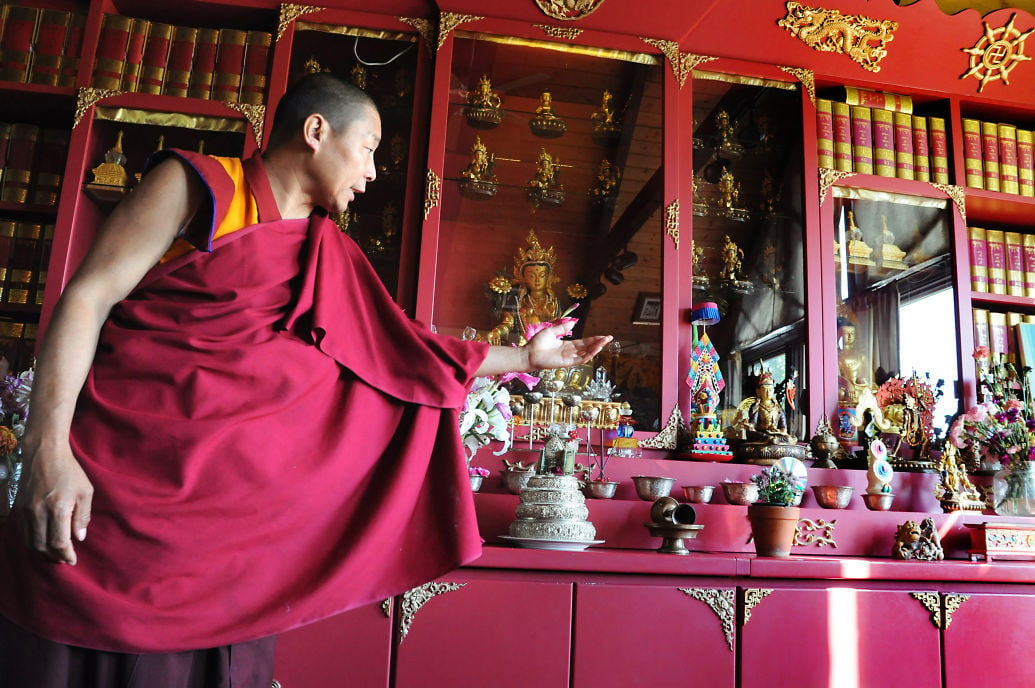 ROB CHANEY For the Independent Record

ARLEE -- Poke a hole through the globe on Nepal and you come out in Montana.

And there’s a lot of traffic in that tunnel. From the Garden of One Thousand Buddhas in Arlee to Everest Designs’ clothing warehouse near the banks of the Clark Fork River, to seismographs on the University of Montana campus and the shrinking ice fields of Glacier National Park, links to the nation on the spine of the Himalaya Mountains abound.

A Montana reporter will travel those trails over the next few weeks. In cooperation with the International Reporting Project, he will explore why Nepali Buddhists have made a second home in Montana and why so many Montanans have deep connections to a place with an even bigger sky than ours.

“Your mind follows the terrain in its vastness and expanse,” said Namchak Khenpo, abbot at Arlee's Ewam Garden. “It’s a safe and peaceful place to practice. Students feel that special environment. It helps you get in that peaceful space.”

Khenpo's brother, Tulku Sang-ngag Rinpoche, chose the former sheep ranch on White Coyote Road as a center for Buddhist studies in 2001. Volunteers started casting the concrete Buddha statues in 2006, and placed the thousandth one in June.

Both Rinpoche and Khenpo were born in Tibet, but left to escape Chinese persecution and pursue their Buddhist studies in India and Nepal. Rinpoche spent 14 years at the Shechen Monastery in Kathmandu, Nepal’s capital city. One of Namchak’s teachers came from the monastery in Thubten Chholing, deep in the Solu-Khumbu region south of Mount Everest.

That also happens to be the home ground of Matt Skousen’s Sherpa in-laws. For years, Matt and Choti Skousen have been employing Sherpa knitters in Bhaktapur, Nepal, to produce hats, sweaters and other clothing for clients ranging from Bob Ward’s Sporting Goods to REI.

The Sherpa people sometimes seem to form the public face of Nepal, guiding and supporting tourists on their treks through the nation’s high-altitude tea houses and mountain landscapes.

In fact, Sherpas make up barely 9 percent of Nepal’s 29 million people, in a country teeming with at least 60 ethnic groups and 100 languages and dialects. They practice one of the oldest forms of Buddhism, surrounded by a majority community of roughly 80 percent Hindu adherents.

Some Nepalis joke their country has three main religions: Hinduism, Buddhism and Tourism.

University of Montana professor Keith Bosak has been studying that last topic for years, watching how isolated mountain communities adapt to an industry that can be as fickle as mountain weather.

“They’re becoming heavily tourism-dependent,” Bosak said. “In the Nanda Devi area (a popular climbing area on the border with India), when they closed that mountain to tourists, people who’d become guides suddenly had to go back to subsistence living. They went from having a good income to having to grow all their own food.”

The experience has lessons for Montanans who explore a similar tourism economy. Both researchers and administrators at Glacier National Park have been in touch with their colleagues at Sagarmatha National Park, which surrounds Mount Everest.

As Glacier Superintendent Jeff Mow put it, the world is running out of places where natural systems run largely undomesticated.

The high mountains of Nepal and Montana share some of the last glacial-fed water systems, which are quickly changing as the climate governing them grows hotter and hotter.

That’s a long-term challenge, although issues like over-visitation of national park landmarks presents fairly immediate problems. But Nepal hit the world’s attention earlier this year with an event that lasted just minutes.

As Americans have turned 9/11 into mnemonic shorthand for national tragedy, Nepalis have been scarred by April 25. At 11:55 a.m. that Saturday, the earth started shaking and didn’t stop for nearly 15 minutes.

Nearly 9,000 people died, 23,000 were injured and more than 700,000 homes were damaged or destroyed. Montanans on the other side of the planet woke up to learn about the catastrophe on the morning news and responded within hours.

The Gorkha earthquake had a magnitude of 7.8 and rattled alarms in Rebecca Bendick’s office. The UM geosciences professor mounted a research team within weeks to analyze the quake and develop forecasts of how much shaking might be left to break loose.

Nepalese graduate students Tek Chhetri and Shyam Pokhrel organized fundraising campaigns on the UM campus, while monks and nuns at Ewam’s affiliated centers near Kathmandu were helping dig neighbors out of the rubble.

Adara Development, an international aid organization with staff based in Missoula, set up medical camps that served 1,100 people within the first week after the earthquake. Back in Montana, Adara resource associate Catherine Sanders teamed with UM anthropology professor Kimber McKay to raise additional funds for relief.

“On the map, Montana just covers Nepal,” McKay told one gathering of donors last summer. “But where we have a million people, they have more than 30 million. About 78 percent have no indoor plumbing. Most are living on about $2 a day.”

The international community pledged $4.4 billion at a conference held in Kathmandu. That’s estimated to be about two-thirds of the amount needed over five years for reconstruction.

India and China together pledged about $1.5 billion. U.S. Secretary of State John Kerry pledged $130 million, with promises to seek more from Congress. U.S.-based nongovernmental organizations have contributed more than $150 million.

McKay, Sanders and many others are watching to see how Nepal spends that money.

It’s not often that a place in need of major assistance suddenly gets a chance to rebuild its communications, roads, power grid and public services with a huge, open international checkbook. The country’s summer monsoon season paused most recovery work, and fall should reveal the first major steps to take advantage of that opportunity.

Nepal Connections: Trail to Everest under repair, open for business

NAMCHE BAZAAR, Nepal -- Pasang Sherpa, and the rest of the Sagarmatha National Park, are open for business.

PHORTSE, Nepal -- You stare into the void, and the void stares back. And so does a yak.

Nepal Connections: Walking the traditional, and only, way to explore Sagarmatha National Park

NAMCHE BAZAR, Nepal -- The airport just above town has sprouted weeds in the runway.

BHAKTAPUR, Nepal -- This is a story about getting a story.

BHAKTAPUR, Nepal -- In a city world-famous for its religious architecture, Sachindra Pradhanang built a temple of industry.

On the roof of the world: Time takes a different path in Nepal

THUBTEN CHHOLING, Nepal -- “Nepal is 100 years behind the times,” Ang Dawa Sherpa lamented as we watched a farmer plow his potato field behind…