The Lewis and Clark County Sheriff's Office put out a call for volunteers to help care for the nearly 60 horses seized from a north Helena Valley ranch Tuesday amid an investigation into alleged neglect.

Sheriff Leo Dutton said a Cascade County horse rescue operation took in 10 of the horses, including a few of the studs, mares and foals.

"They were problematic horses," Dutton said of the three studs that were making caring for the rest of the herd difficult. "The studs are not well behaved."

Dutton said it took his deputies, a Montana Department of Livestock employee, a United States Forest Service ranger and some neighboring ranch hands more than three hours Tuesday morning to wrangle the problematic studs into a horse trailer.

"They fought us with every breath they had," he said.

The remaining horses have been divided up among adjoining pens behind the Lewis and Clark County Fairgrounds main rodeo arena.

According to the sheriff's office, the veterinarians called in to assess the animals are continuing that work, which is slow-going as the horses do not interact well with humans.

Dutton said some of the horses will have to be sedated for the vets to perform a battery of tests and for farriers to tend to their hooves.

Additionally, at least three of the mares are pregnant. There could be others, but without access to equipment such as a squeeze chute, that has been difficult to determine.

"They weren't managed well enough to know who was bred and who wasn't," Dutton said.

Dutton anticipates his office will need a few more days to compile the evidence and consult with the Lewis and Clark County Attorney's Office before charges are filed sometime next week.

The urgency is due to the financial burden the case has heaped on the law enforcement agency. At the request of the vets, the horses have been fed three times a day, which requires about 25 hay bales daily.

Concerned citizens have donated about 12 tons of hay to the cause since Tuesday.

The county fairgrounds are also feeling the strain. Because of the presence of the unvaccinated horses, a barrel racing event scheduled for earlier in the week was canceled, resulting in lost revenue for the fairgrounds.

A gun show and other events are scheduled to take place at the fairgrounds in the coming days.

The sheriff's office is working to move the herd to a nearby empty lot on the fairgrounds to free up the pens for future events at the site. County spokeswoman Jeni Garcin said the sheriff's office now needs donations of corral panels to accomplish that.

"We will give them back, but it will most likely be several months later," Garcin said.

Garcin asked that those willing to donate panels call (406) 763-6626 to coordinate with the sheriff's office.

Donations of round or square hay bales are still needed.

The county will be unable to except donations Saturday or Sunday due to a lack of volunteers.

Beginning next week, donations will be accepted at the fairgrounds Tuesdays, Thursdays and Saturdays from 8 a.m. to noon and 4 p.m. to 8 p.m.

The county is also asking for volunteers to accept and unload donations of hay.

Additionally, volunteers are needed to help feed and water the animals in the mornings and evenings. Those willing to lend a hand can sign up for a volunteer shift at https://signup.com/go/pEzasGC.

"Volunteers will have access to an air conditioned trailer, lots of water, a tent for cover from the sun, and guidance and support from the Sheriff's Office and DES staff," Garcin said in an email.

The Lewis and Clark County Sheriff’s Office seized 58 horses Tuesday from a north Helena Valley ranch, where it was believed they were being n…

The ongoing Helena Regional Airport runway reconstruction project is poised to enter its third phase, closing down the main runway to all comm…

Two Helena-area properties have been nominated for inclusion on the National Register of Historic Places.

Sheriff warns public not to tamper with seized horses 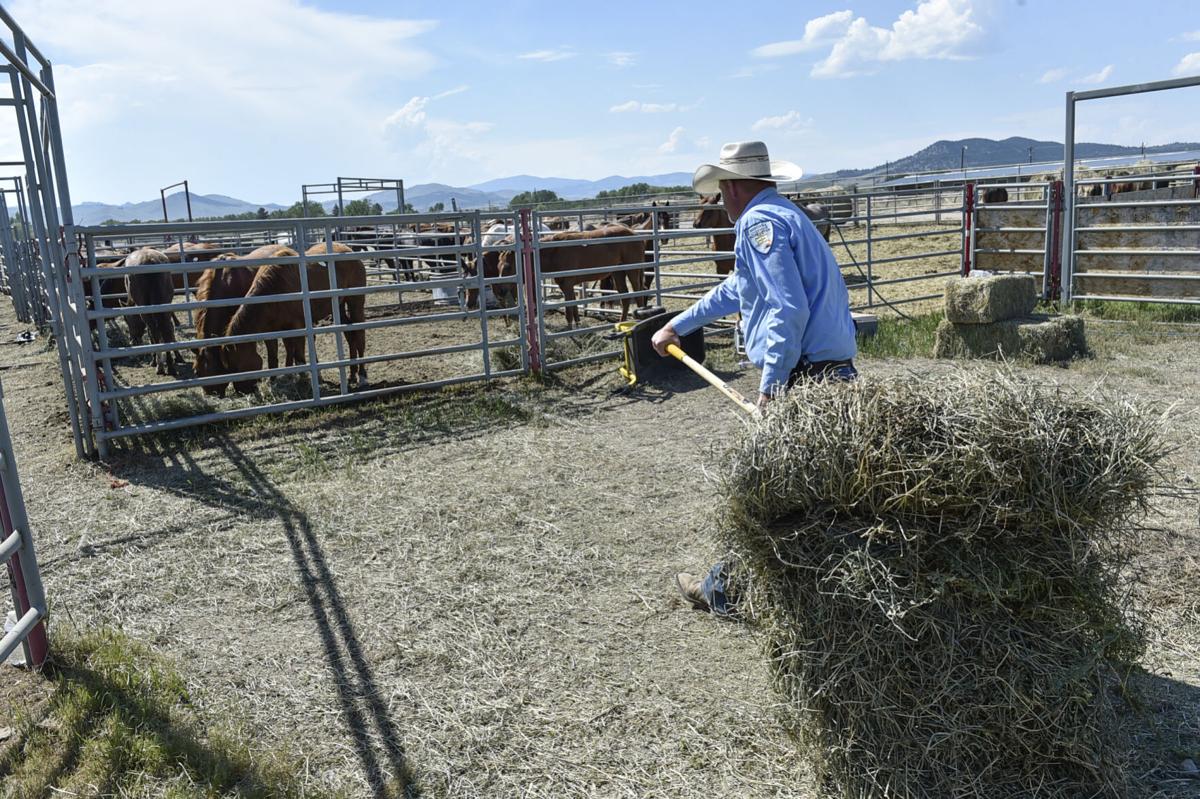 A Montana Department of Livestock officer feeds the group of horses seized by the Lewis and Clark County Sheriff's Office earlier this week. 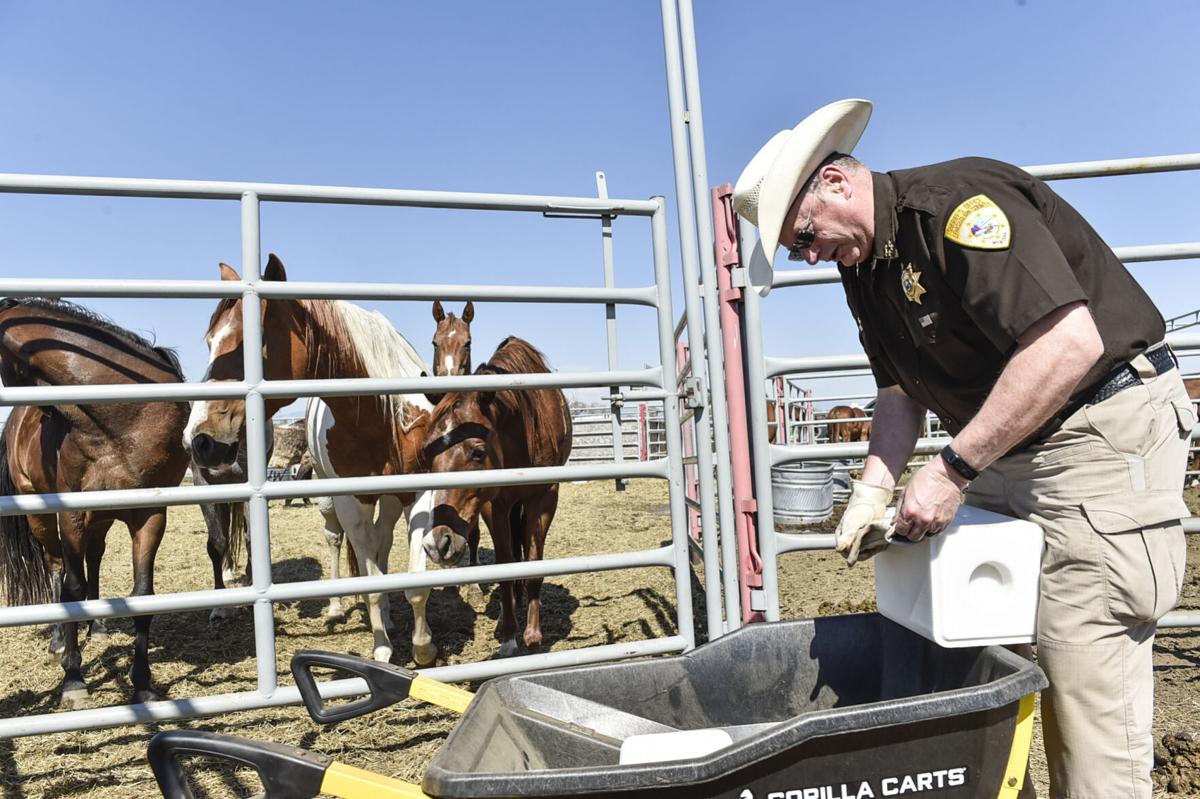 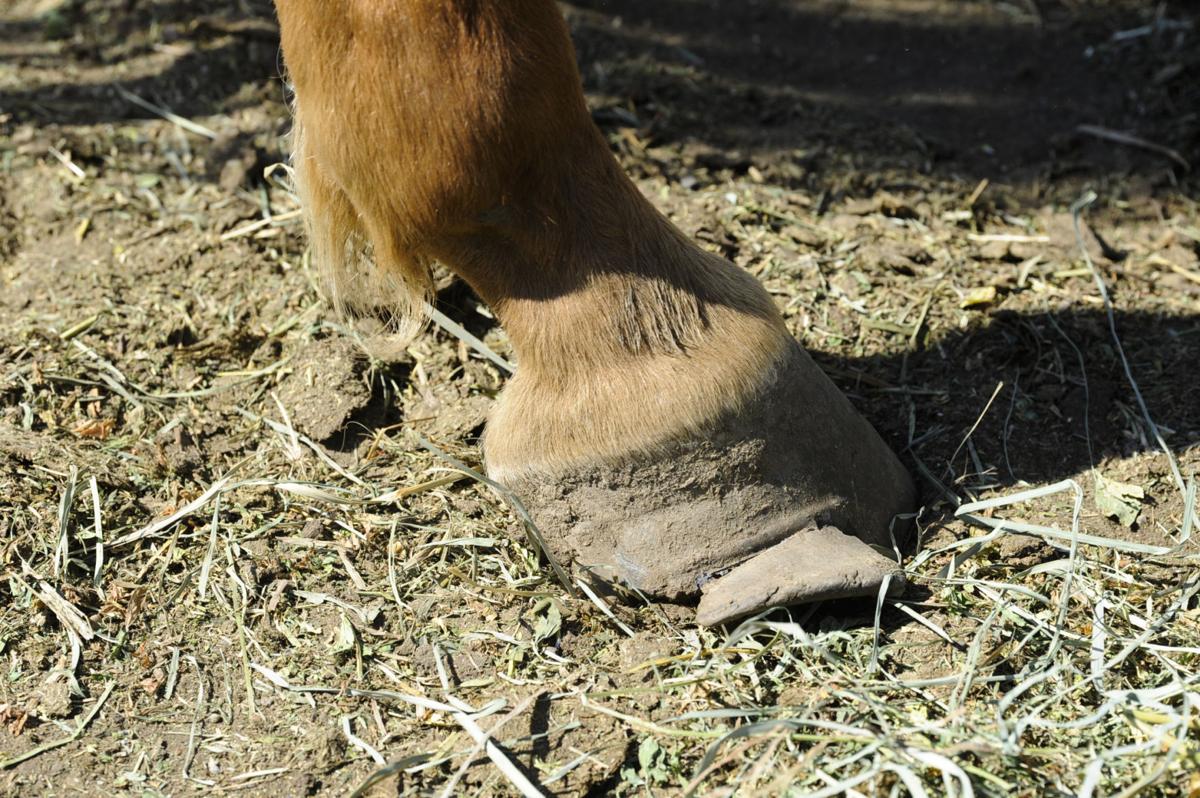 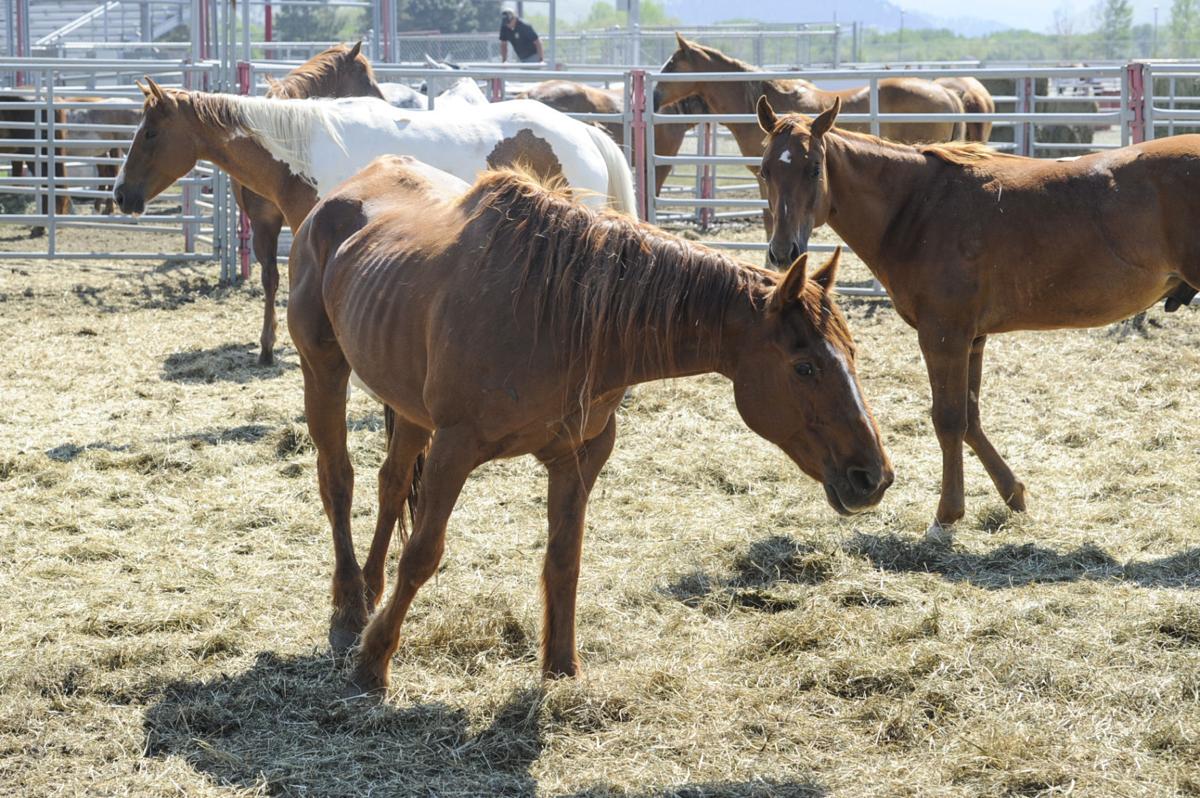 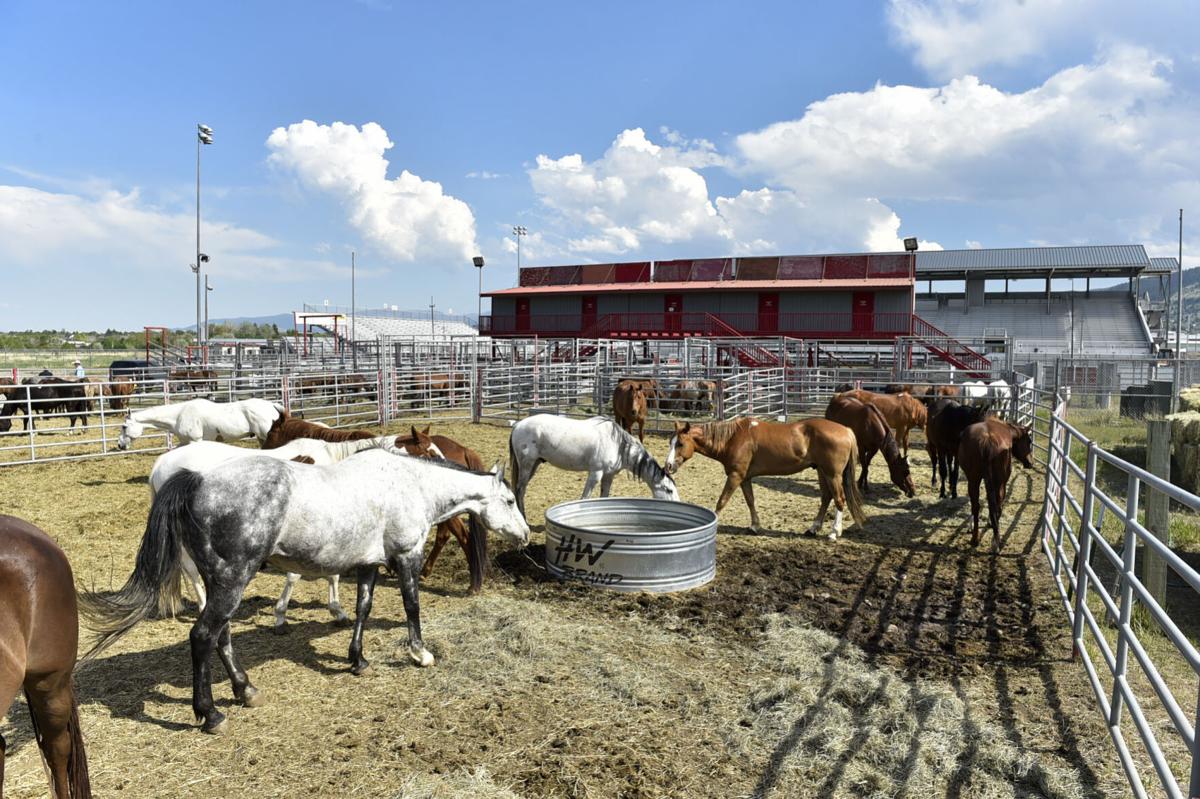