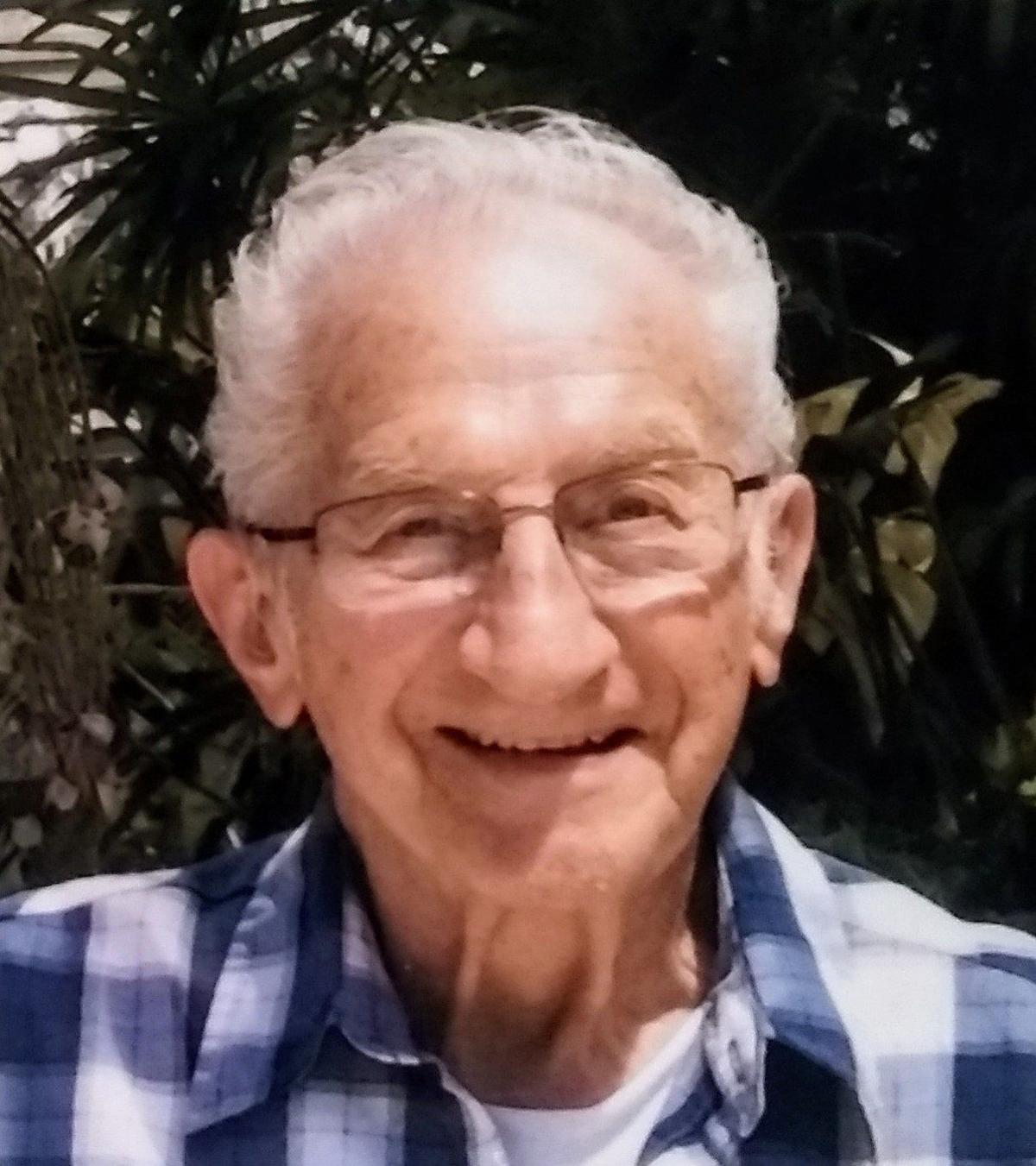 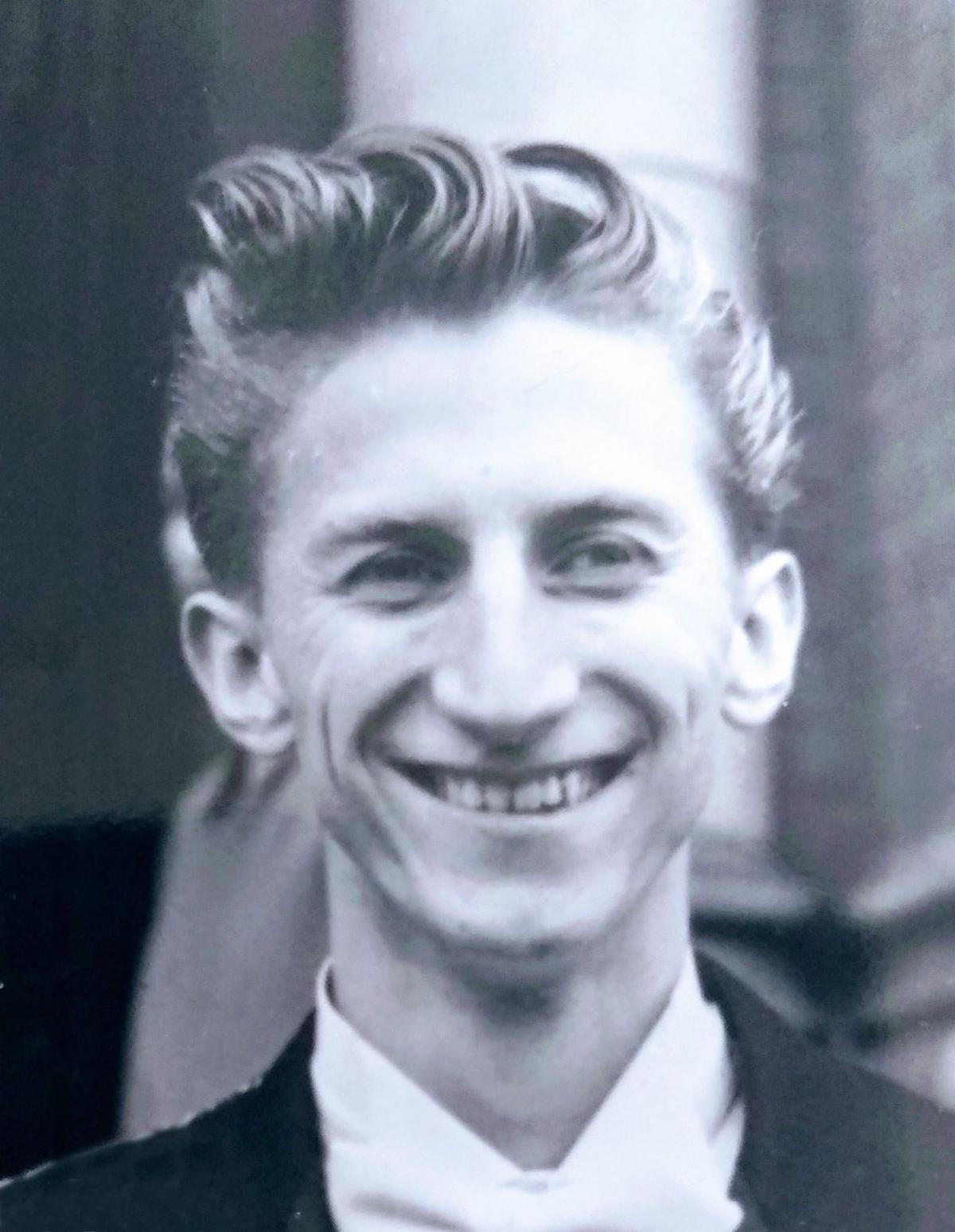 Joe Stefaniak passed away while resting peacefully in the sunshine on his daughter's deck in Helena, Montana, June 5th 2020; he was 92 years old.

Joe was born in Chicago, Illinois on September 18, 1927 and grew up on the south side of Chicago in an area known as the "back of the yards" in reference to the Chicago stockyards, that was a predominately Polish Catholic neighborhood. Joe was proud of his Polish heritage and was raised with his five brothers and four sisters. One of Joe's earliest achievements was the fact that he never missed a day of school in his 12 years of study. He often served as an altar boy at morning mass before attending school.

Upon graduation from high school, he earned a scholarship to the Art Institute of Chicago, which he sadly couldn't use due to family financial constraints. Many years ago, we found his art sketchbook in an attic and were amazed at his talent. At an early age he learned to pick trash and bottles for pennies and delivered newspapers to earn money. One of his first jobs was doing piecework at Pullman Couch, where he learned the faster, he worked, the more money he could make. He was a master of efficiency and he would streamline processes that the company would adopt. This talent followed him throughout his life.

Joe married his high school sweetheart, Jean Slusarczyk, on Thanksgiving Day 1948. Joe and Jean were married for 60 years and raised four children together. They sadly lost their first baby four months after her premature birth. Joe kept her memory alive by telling stories of the joy she brought them during the short time she was with them. They raised two boys and two girls, living and working in Chicago for the early part of their marriage.

A job opportunity moved them to Lansing, Illinois. Joe wanted to establish a business and found a home and location that would serve this purpose. He established an upholstery shop in his garage in which all four children and his wife worked together in the trade, doing this while working full-time at Simmons mattress and furniture company. Furniture upholstery was his specialty and he became quite sought after. Making sample pieces for trade shows, his attention to detail and perfection was noticed.

Later in life he created furniture pieces for many famous celebrities. Joe's work was his art and joy. He used to say, "love your job, and you'll never work a day in your life". Joe had a lifelong fascination with numbers, he excelled at math and became savvy with saving and investing. Joe believed in reward for hard work and made sure to take vacations. Las Vegas, Bahamas, road trips and then they discovered Hawaii.

Hawaii became a special place for Joe and Jean and they lived there for 25 years. Daily walks to the beach and swimming in the surf was the highlight of their day after working in a local Upholstery shop and then continuing their craft at an Interior design company. Their oldest daughter followed and stayed for 15 years and soon grandchildren were part of the picture. Joe loved being a grandpa.

One Thanksgiving he hosted a family reunion and the islands were hit with a hurricane, but it didn't stop him from making the best of a bad situation. Soon more grandchildren came along and they would visit from all over the world. Joe and Jean traveled to Paris where their youngest daughter and family lived and were able to tour much of Europe and a bit of the Orient. Trips back to Chicago to connect with his siblings and their families were very special to him.

After 25 years in Hawaii, it was time to move back to the mainland. Health concerns for his wife and himself made it difficult to manage being so far away from family. They decided to move near a daughter and son who settled in Helena. The apartment complex in which they lived had a small dirt patch in the parking area and Joe asked the landlord if he could put in a small garden. He soon turned it into a pretty oasis growing vegetables, flowers and raspberries. He mowed the lawn of the apartment complex until he was 85, doing all this while caring for his wife, who sadly passed in 2009.

Joe continued to garden and live independently until he was 90. One of his favorite pastimes was spending hours at the casinos, sipping a coffee with Baileys or enjoying hot cider. Gradually it became difficult for him to live alone and he moved in with his daughter and son-in-law. He enjoyed over two years of quality care, love, family visits and the ability to still gamble at the local casinos. Joe will be truly missed, his mischievous grin and sparking blue eyes will not be forgotten.

A special thanks to St. Peter's Hospice which enabled our family to care for Joe at his daughter's home the last weeks of his life.

A family memorial will take place at a later date when Joe's ashes will be scattered at his favorite beach in Hawaii, joining his wife, Jean.

Please visit www.aswfuneralhome.com to offer the family a condolence or share a memory of Joe.