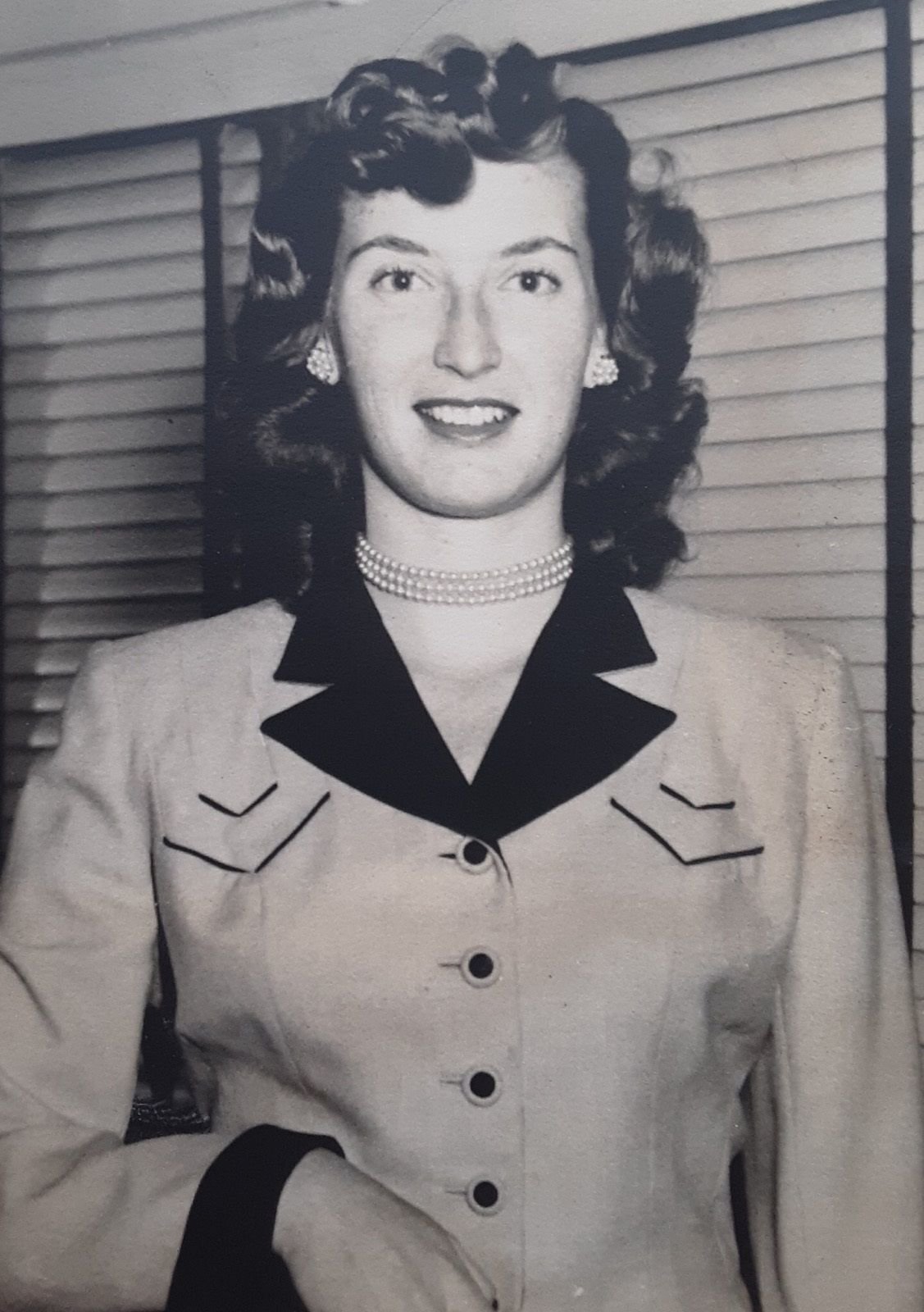 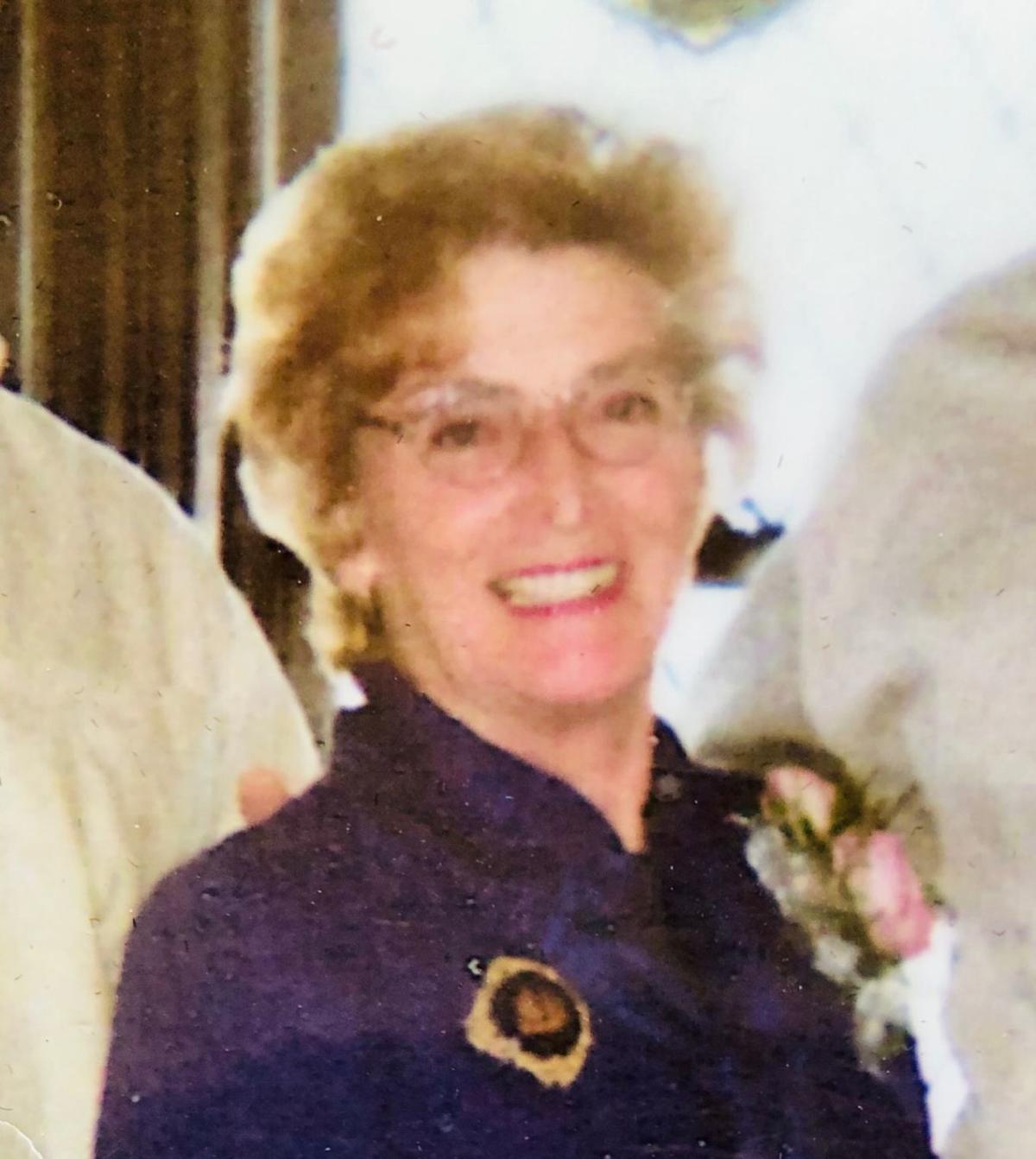 Joan was a third generation San Franciscan, born on August 14, 1933, the daughter of Lester Joseph Krumlinde and Ida May Calvin Krumlinde. Growing up in San Francisco she attended Corpus Christi grammar school, Immaculate Conception Academy High school and San Francisco City College. Attending these catholic schools changed the course and direction of her life, as well as her children’s and grandchildren’s as she was introduced to faith and received the Catholic sacraments. Her Catholic faith was very important to her, she became a Secular Franciscan in 1968 and continued her devotion until her death.

Joan met her first husband William Arthur Smith, on Treasure Island, California where he was stationed in the Navy, they married a short time later and moved to Long Beach, California. After discharge, they moved to Portland, Oregon, where Bill began his flying career. They bought a Cessna 120 and Joan learned to fly also, receiving a private pilots license. She flew throughout the Northwest and she would visit her parents and sister for the weekend’s.

When the joyfully awaited first child, Christopher was born she left work at the Internal Revenue service to be a full-time mother. The arrival of daughters Teresa and Monica soon followed. Joan and Bill had eleven years of happiness before an airplane accident took Bills life. David was born a few months after his death. Later she married Robert Carter Carson and had her youngest child Charlie.

The most wonderful joy in the world were all of her children, grandchildren and great grandchildren. The children were very active in sports and outdoor activities. It was special time of happiness being with her children as they grew up. The family moved to Helena, Montana in 1971. Joan and Bob later divorced and Joan began her career for the Veterans Administration at Fort Harrison.

In 1985, Joan married a longtime acquaintance, Robert Albert Hawes, she moved to Portland, Oregon. Joan and Bob traveled to many places before her retirement in 1991 from the Veterans Administration. Bob Hawes passed away in l992 and in l995 she returned to Helena so she could be with her children and grandchildren.

In 1999, she visited Yuma, Arizona and spent many years as a snowbird, learning to square and round dance and making many friends. Joan loved the dancing and the wonderful warm sunshine in Arizona.

Joan had many talents and interests, she enjoyed flying, sports, avid gardener of dahlias, roses and perennial flowers, her needlework and smocked children's clothes won many blue ribbons at the fair, she harvested a 7 by 7 bull elk in the Elkhorn mountains at 65 years young while hunting with Charlie and her grandson Michael and she also enjoyed fishing.

She was preceded in death by her loving parents and beloved sister, Stella (Al) Johnson of Sonoma, California. She is survived by her children; Christopher, Monica, David, Charlie(Stephanie) Carson of Helena and Teresa(Sar Dougherty) of Missoula and grandchildren, Michael Carson, S.P., Ryne(Nikki) and Kevin Dougherty; Kyle Carson; Sydney, Lilia and Sophia Carson; Catie, Lexi and Zachary Carson, great grandchildren, Roisin and Liam Dougherty and numerous nieces. A heartfelt thank you for the love and expert care provided by Dr. Sherry Howell, the staff of Compasses Hospice and Edgewood assisting living. Joan wishes memorials to be made to the American Parkinson’s Disease Association.

Joan’s funeral mass has been postponed and will be held at a later date in light of recent adversaries with the coronavirus situation that has affected our country at this point in time. Please visit www.aswfuneralhome.com to offer a condolence to the family or to share a memory of Joan.

To plant a tree in memory of Joan Hawes as a living tribute, please visit Tribute Store.

Sign up to get the most recent local obituaries delievered to your inbox.