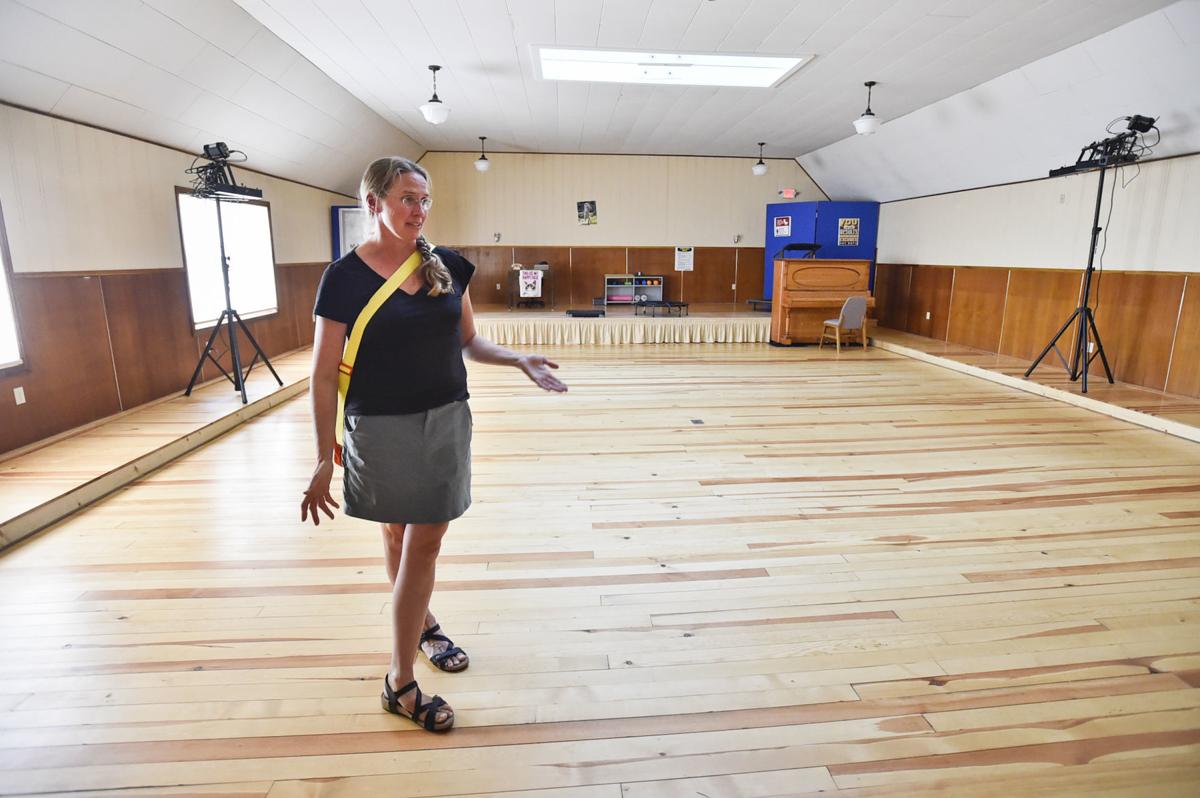 Tina Homman shows off a large gathering room of The Lodge of Townsend, a new community center she is opening in the town. The space will be used, among others purposes, as a performance space for the Broadwater Community Theater group. 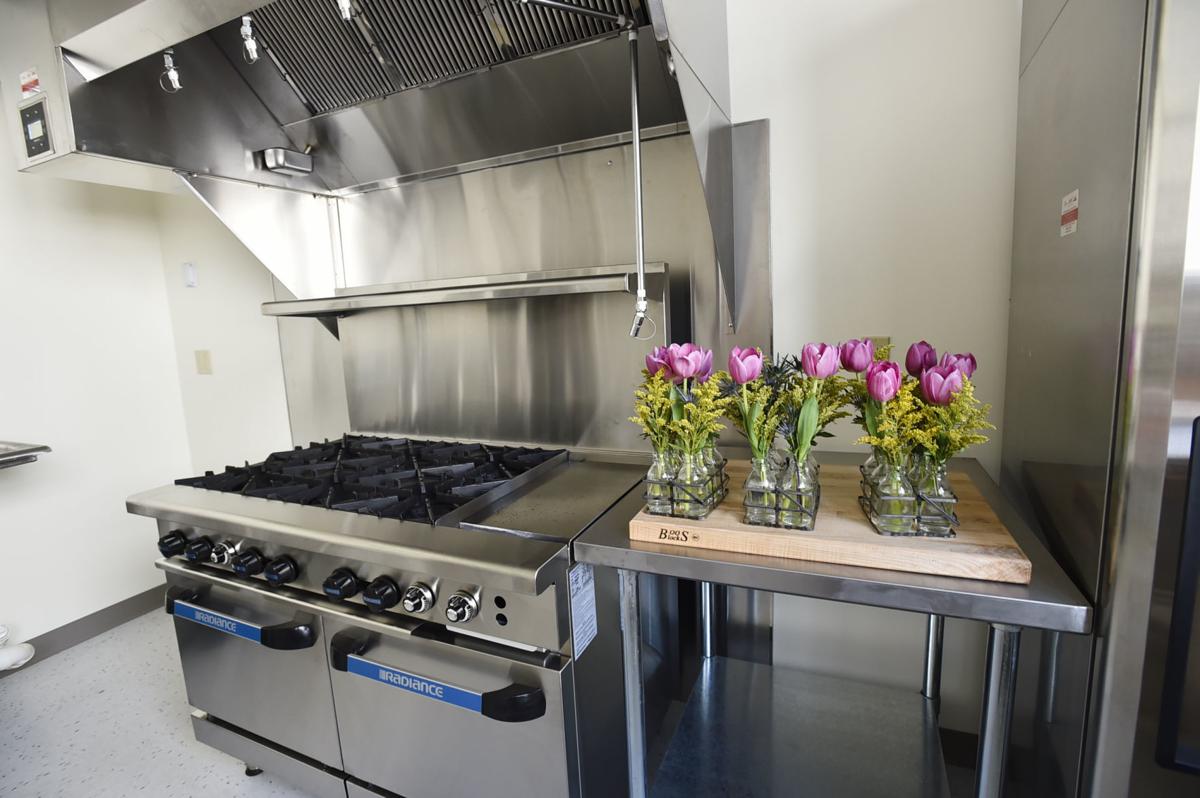 The Lodge of Townsend features a full commercial kitchen. 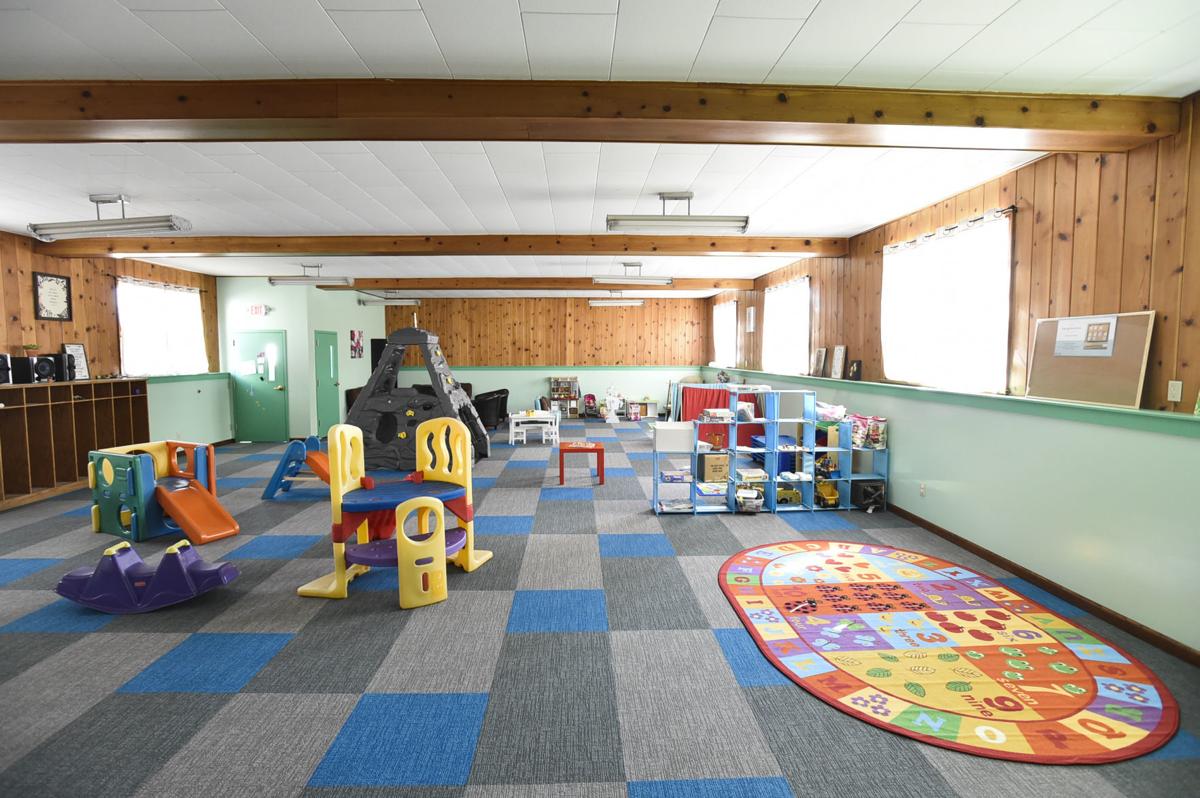 Pathfinders Daycare has a home in the first floor of the Lodge of Townsend. 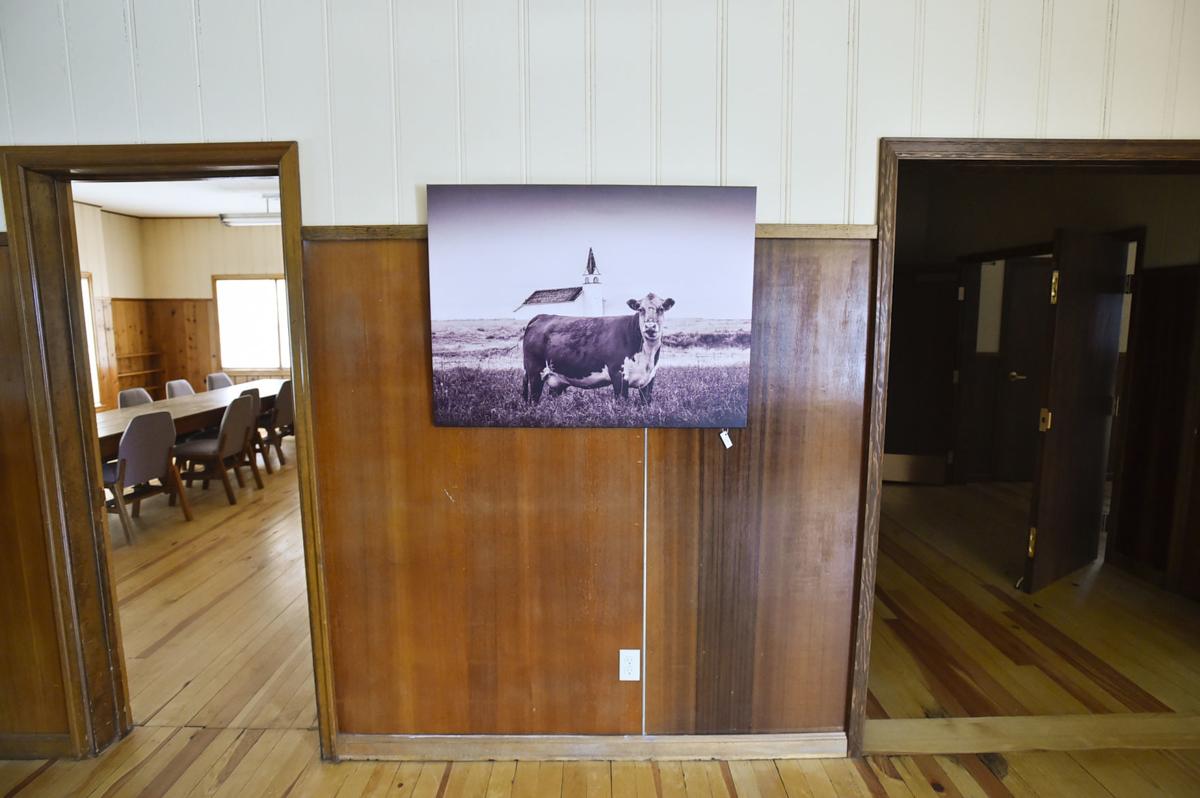 Art from Townsend-area artists hangs on the walls of The Lodge of Townsend. 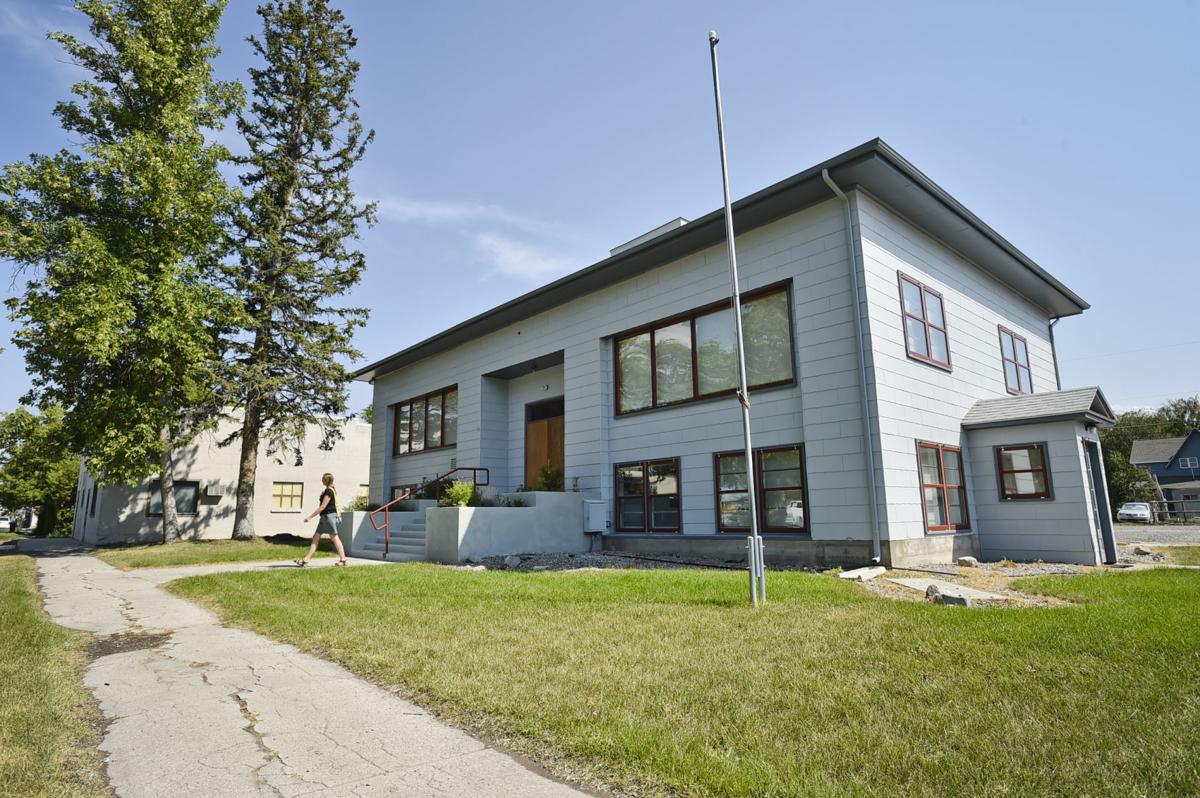 Built in 1947, the former Masonic Lodge has been remodeled in to The Lodge of Townsend, a community center just off Broadway Street in Townsend. 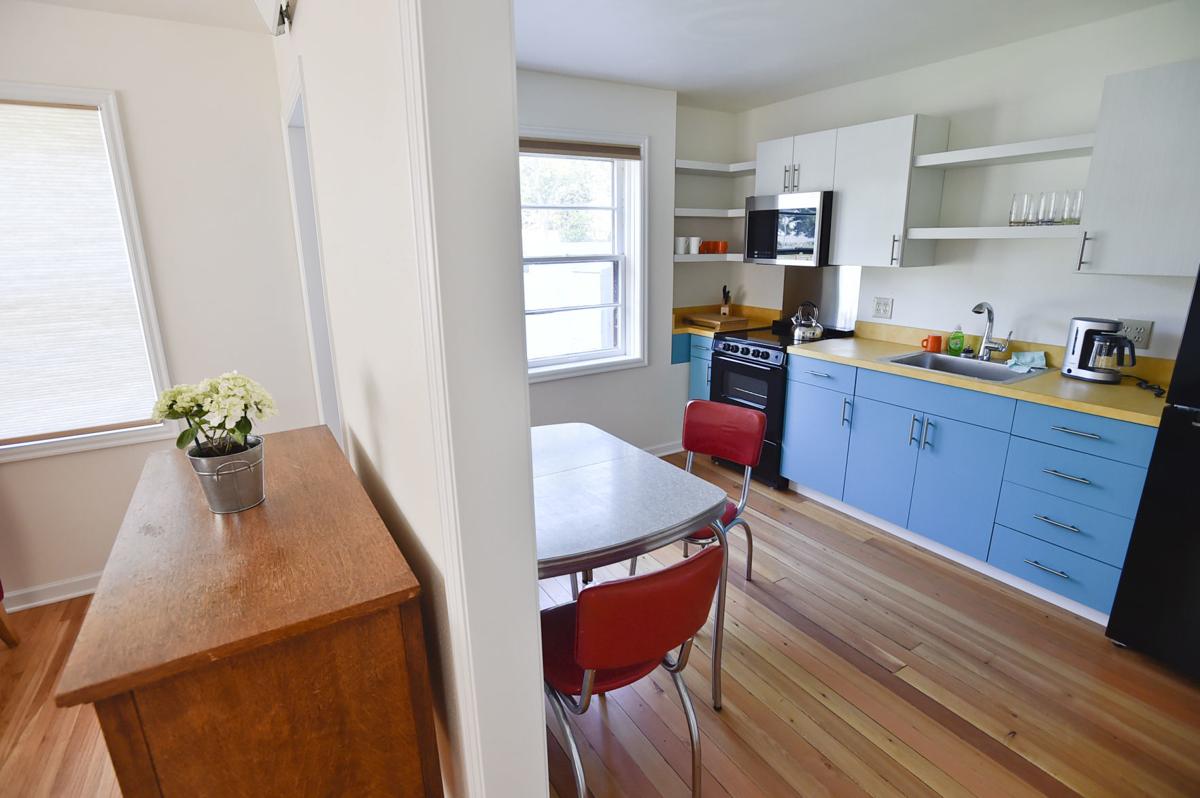 The old caretaker's apartment attached to the lodge has been remodeled and will be a short-term rental through Airbnb.

A new community space is set to host its grand opening in Townsend on Saturday.

The Lodge of Townsend is the brainchild of resident Tina Homman, and it is the result of three years of work. Homman initially wasn’t sure what to do with the old Masonic lodge when she purchased it. Over time she renovated and remodeled the space into a place the entire community can enjoy.

“Originally I didn’t see this,” Homman said. “I just saw something for the kids.”

Over time, her idea for a place for teens and children to hang out evolved into a full-blown community center. This includes space for club meetings, theater productions, bands to perform, a kitchen commissary and space for young people.

"As time progressed, I thought about everyone else in the community," Homman said. "Really I just see a need in Townsend."

Homman said she believes a major asset of the center is its location. The 131 S. Spruce St. address is located just east of Main Street and a few blocks from Broadwater High School.

While Homman already has multiple plans for the center, including further developing her teen hangout space and a planned performance by Broadwater Community Theater the following weekend, she hopes everyone will come to the grand opening to provide ideas and feedback on how to use the community center.

The massive community center also has spaces beyond the gathering space, club room and teen hangout space. One large room in the basement is currently being used as a daycare center. An upstairs room is currently rented to a speech therapist. Homman also had the old caretaker's apartment renovated and hopes to rent it out as a short-term Airbnb-style space.

During the renovation process, Homman got some help from others along the way. Big Sky Trust Fund helped fund a feasibility study on the building and the Department of Environmental Quality helped with environmental assessments, Homman said. The Lodge qualifies for historic tax credits because Homman left so much of the original building intact during the renovation process. This includes some of the building's strangest quirks, like a door that leads nowhere.

Moving forward, Homman has lots of ideas about what she wants to do with the space, but feedback will play a major role in the steps she takes moving forward. She hopes the community can come together and provide more ideas about how this space can be used to benefit Townsend.

The grand opening will feature a performance by Sweet Grass Blues Band of Helena and food in the form of a whole roasted pig.

For more information about the lodge or the grand opening, contact Homman at 406-360-4408 or townsendmtlodge@gmail.com.

Helena-area volunteers 'Stuff the Bus' with school supplies for students

This week volunteers in the Helena area are spending their days collecting school supplies for the Angel Fund's annual Stuff the Bus campaign.