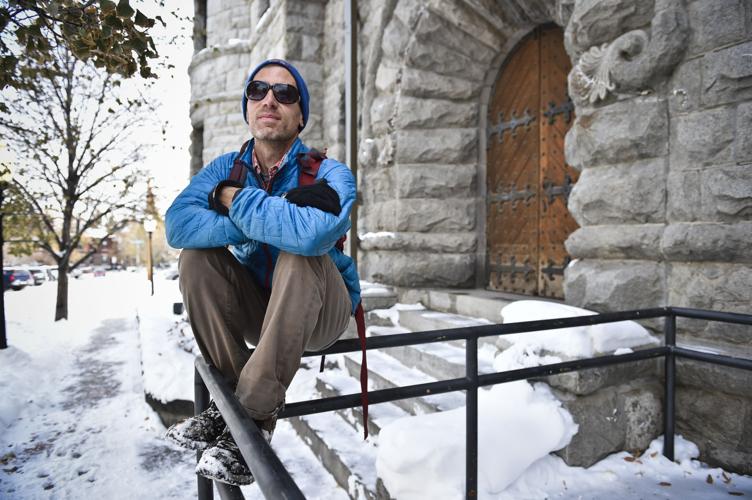 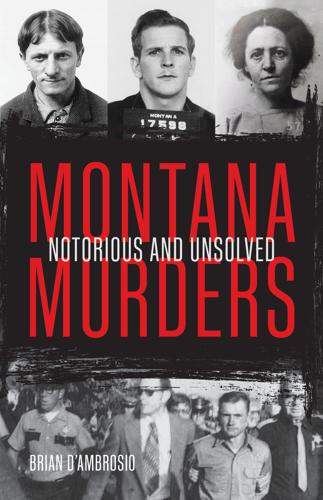 The cover of “Montana Murders: Notorious and Unsolved” 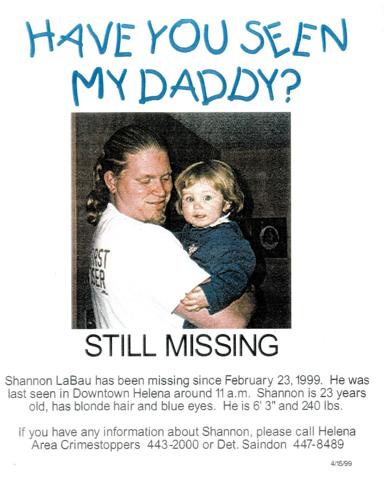 Shannon LaBau was seen for the final time on the morning of Feb. 23, 1999, in downtown Helena. 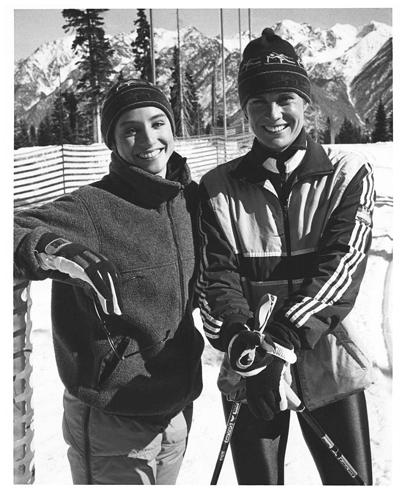 World class American biathlete Kari Swenson, right, was kidnapped at gunpoint in 1984 when she was on a training run outside of Big Sky by Don and Dan Nichols, a father and son. 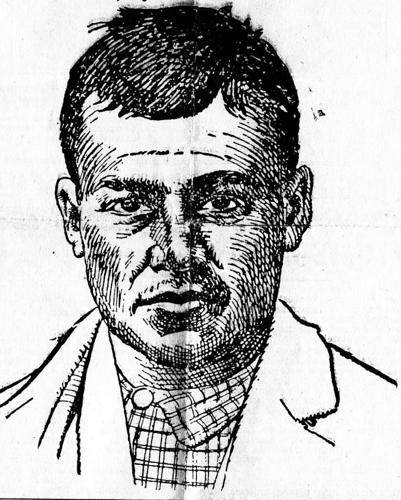 A sketch of "Dynamite" Ike Gravelle, who, in 1903, tried to extort money from the Northern Pacific Railroad by bombing trestles, tracks, and trains.

Unlike many a scary tale, this one doesn’t crawl with imaginary spooks.

Instead, the spooky and creepy walk among us as real-life murderers.

Or, in some cases, once walked among us.

Due to COVID-19, no book launch event has been planned.

The book’s guaranteed to be a page turner for many a curious reader attracted to crime stories in the local news -- which just happens to be a lot of folks. It’s typically one of the hottest links on most newspaper websites.

Why a book about murder?

In fact, a previous book he wrote dealt with Montana stars of the big screen, “Shot in Montana: A History of Big Sky Cinema.”

However, “shot in Montana” suddenly takes on a whole new meaning in his latest book.

It all started in Kansas, said D’Ambrosio of how his path veered from the arts to murders.

While there, writing about grassroots artists, he stumbled upon a poster soliciting information about an unsolved murder.

“I just found the subject and topic uniquely gripping and arresting,” he said. “It is a much different genre than any other that I’ve worked in before.” The style, pace, expectations and outcomes are all much different.

A couple years ago, D’Ambrosio started writing a newspaper column about unsolved murder cases in Montana, which eventually led him to write this book.

“Some of the scenery in the stories are hideous and grotesque,” he said. “The behavior … is so unfathomable and unconscionable to me, it makes it hard to relate to. We are gripped by it and fascinated by it -- a killer in our midst.”

The stories are alternately repulsive and alluring, he said, and “we can’t keep our eyes off the page.”

One story that haunts him is the Feb. 23, 1999, disappearance of Shannon LaBau of Helena. The 23-year-old was last seen on the Downtown Walking Mall that day. He went missing shortly after he withdrew $3,000 in cash from his bank account to buy a car.

D’Ambrosio said that both he and the police suspect a “friend” of LaBau’s, who D’Ambrosio identifies by name in the book.

This person was never charged with the crime, although his accounts about his whereabouts the day of LaBau’s disappearance are wildly inconsistent.

D’Ambrosio finds the evidence against the “friend” convincing and damning. The suspect, a registered violent offender, lives in East Helena.

D’Ambrosio said the suspect was never charged with murder because LaBau’s body was never found.

D’Ambrosio lists compelling reasons why he believes LaBau was murdered, including that he had a very close relationship with his mother, Sally, and he had a toddler daughter, Jaden, both strong reasons for staying in Helena.

LaBau’s bank card was never used again although there was money in his account, and he never picked up his final paychecks.

If LaBau were alive today, he would be a grandfather. An empty chair was placed at the head table for LaBau at Jaden’s wedding in 2019. Later that year, she bore a son.

D’Ambrosio said he wrote his book in hopes that it will draw renewed attention to unsolved murders, resulting in reopening the cases and bringing the murderers to justice.

In the case of LaBau, “the hope is somebody -- there are people in town who are still in fear of (the suspect) who know what happened. There’s people with knowledge of where Shannon could be.”

In the book, D’Ambrosio also recounts details of the 1995 murder of 18-year-old Nelson McNair in Livingston. The investigation was badly botched, he said, and for some unexplained reason authorities ordered cremation of the body against the wishes of the mother.

Once again, D’Ambrosio is hoping by telling more of the details of the death that people who know about the murder will come forward.

“Montana Murders” also focuses on some of Montana’s most notorious murderers, such as the Unabomber, Ted Kaczynski.

Between 1978 and 1995, he murdered three people and injured 23 in a bombing campaign that struck fear across the country.

Holed up in a primitive cabin near Lincoln, Kaczynski lived a hermit’s life and built homemade bombs he unleashed in his one-man war against technology.

Montana’s “most infamous resident” tripped up when he wrote a 35,000-word haranguing manifesto against Industrial Society. When it was published in the Washington Post and New York Times, family members recognized Kaczynski’s writings and helped authorities arrest him. He is now serving eight life terms in a federal prison in Colorado.

Another notorious case grabbing sensational national headlines was the tale of Montana “Mountain Men,” Don and Dan Nichols, a father and son who kidnapped world class American biathlete Kari Swenson at gunpoint in 1984 when she was on a training run outside of Big Sky.

The Nicholses lived off the land in the wilds, hunting and stealing food. They intended to force Swenson to be Dan’s “bride,” so they could found a “tribe.”

When Swenson did not return from her training run, friends fanned out through the forest searching for her.

Two of them stumbled on the Nichols’ camp and one was killed. Swenson was shot in the chest by Dan Nichols and was left to die.

Her other friend escaped the shooting and ran for help. The Nicholses fled into the Spanish Peaks Wilderness and would later be tracked down and arrested by the Madison County Sheriff Johnny France, following a five-month manhunt.

Swenson recovered and rebuilt her life, going on to win a bronze medal in the world biathlon championships and becoming a veterinarian in Bozeman.

While readers will recognize some of these cases, others may be a surprise.

Take the tale of “Dynamite” Ike Gravelle, who tried to extort money from the Northern Pacific Railroad back in 1903 by blowing up its tracks and trestles.

While being held in the Lewis and Clark County Jail (now The Myrna Loy) Gravelle got the jump on a jailer and fatally shot a deputy sheriff during his mad escape.

A posse pursued him a few blocks to what was Governor Joseph Toole’s residence (now the Original Governor’s Mansion), 304 N. Ewing St., where he killed himself rather than be captured.

There are many contemporary murders, as well, that have slipped from public memory.

This writer learned of a 1991 double homicide of two tourists in the Seeley Lake area near one of my favorite camping spots. The murders were never solved --an unsettling thought to consider some future night lying in my sleeping bag.

“Hell can be found in many places on Earth,” he concluded. “Hell is here. Sometimes hell can be found in this book. We’re a dark, unpredictable species. Human behavior and psychology can be very grim. It’s one component of the human experience.”

Despite its comparatively small population, Montana has dozens of homicide cold cases dating back decades. But what may be even more surprisin…

"For every mystery, there is someone, somewhere, who knows the truth. Perhaps that someone is watching. Perhaps... it's you."

The cover of “Montana Murders: Notorious and Unsolved”

Shannon LaBau was seen for the final time on the morning of Feb. 23, 1999, in downtown Helena.

World class American biathlete Kari Swenson, right, was kidnapped at gunpoint in 1984 when she was on a training run outside of Big Sky by Don and Dan Nichols, a father and son.

A sketch of "Dynamite" Ike Gravelle, who, in 1903, tried to extort money from the Northern Pacific Railroad by bombing trestles, tracks, and trains.