The Montana Jewish Project achieved a major milestone Thursday in its mission to acquire a historic Helena synagogue that is now owned by the Roman Catholic Diocese of Helena.

The synagogue, historically referred to as the Temple Emanu-El, is situated just across the street from the Cathedral of St. Helena, on Ewing Street, and has housed the Diocese of Helena since 1981. With the Diocese set to move its offices into a new space called the Center for Catholic Life in the Seeley Building downtown, leaders of the Montana Jewish Project saw an opportunity to return ownership of the synagogue to the Jewish community.

The Diocese's Bishop Austin Vetter met with MJP co-founder Rebecca Stanfel in the synagogue Thursday to sign a buy/sell agreement for the building. The agreement stipulates that the building will be sold to the MJP if the organization can raise enough money to purchase it by June 2022, though that deadline could be extended.

While the agreed-upon sale price was not publicly disclosed, MJP's current fundraising goal is $1.5 million.

"People often ask me what the Jewish-Catholic relationship is like," Vetter said. "This is what it should be. This is so exciting. To be able to show a society that is so divided, that there is still unity."

As a gesture of good faith, Vetter also announced that a donation would be gifted to the MJP on behalf of the Diocese. Vetter led the signing with a traditional Catholic prayer and Stanfel followed with a Jewish prayer.

"I would love to come in here in 20 years and see it back to its original glory," Vetter said. "We may have our differences, but the first thing we have in common is our human dignity."

Jim Carney, chief financial officer for the Diocese, said the Diocese was originally contacted by the MJP about a year ago. The Diocese decided it was time to consolidate its office spaces and positions, putting many of the ministries under a single roof. Carney said Diocese officials did not want to put the building on the open market if MJP was dedicated to trying to purchase it.

According to Carney, the signing on Thursday was the culmination of a year's worth of discussions.

Stanfel said MJP aims to use the historic space as a statewide cultural hub for the Jewish community. Stanfel said Helena is one of few state capitals without any kind of Jewish cultural building.

According to Stanfel, the building would host many different kinds of programming and and religious services. This could be anything from learning Jewish cooking to teaching Hebrew in the building. MJP would also like to install a small historical exhibit about the building itself.

"This is a significant milestone, but it's just the first step," Stanfel said. "We have a long way to go."

Stanfel was adamant that the mission of the project is not to use the space as a synagogue. She said she is part of a synagogue in Bozeman and plans to stay there.

"It is a big building for a small community," Stanfel said. "So we want to use the space in conjunction with the broader community in an effort to make the Helena community better."

Stanfel said the organization is considering renting out the lower floor of the building. Long-term goals include restoring the building in other ways over the course of five to 10 years, which is a conservative estimate according to Stanfel.

"It's a big deal to openly exist as Jewish in this historic building. We've even had a lot of offers for help from non-Jewish members of the community," Stanfel said. "It is an enormous gesture of healing by the Catholic Diocese, who have done a lot of work to repair old wounds. They have been great stewards of the building."

The Temple Emanu-El first entered the planning stages of development in 1867, according to the historic register. Construction on the building finished in 1891, when it began serving as a temple. By the 1930s, economic depression had hit the congregation hard and they were no longer able to maintain the synagogue.

At the time, nobody wanted to purchase the building and it was in danger of facing demolition, according to historian Ellen Baumler. Baumler's research showed that after several unsuccessful attempts to find a buyer, the state of Montana agreed to accept the former temple for the price of $1. Per the agreement, the state promised to use the building for a good "social purpose" and took formal possession in 1937.

The building was used as the state's Department of Public Welfare until that organization was abolished in 1971. The Department of Social and Rehabilitation Services that took its place worked out of the building until 1976. The building remained vacant, primarily being used as storage, until 1981.

For more information on the Montana Jewish Project or to donate to its cause, visit www.montanajewishproject.com.

The Helena Education Foundation this week presented $15,000 in grants and honored six educators with awards for making an impact in the lives …

Jefferson County voters on Tuesday approved a $12.5 million bond to overhaul the high school in Boulder.

Two-vehicle crash in Helena sends both drivers to hospital

A two-vehicle crash at the corner of Euclid Avenue and Henderson Street in Helena sent both drivers to the hospital on Monday.

Queen City Ballet will reach a new milestone this Saturday as its 20th anniversary production of "The Nutcracker" hits the stage.

Helena's 34th annual Festival of Trees kicks off Wednesday, Dec. 1, with the theme "Once Upon a Storybook Christmas."

Five recent gifts totaling $525,000 are helping the Montana Historical Society reach its private fundraising goal for construction of the Mont…

Public invited to Temple Emanu-El celebration on Sunday in Helena

The Montana Jewish Project is hosting a celebration and community opening of historic Temple Emanu-El and for the holiday of Sukkot from 4-6 p.m. Sunday.

Dozens of people helped celebrate the return of Montana's oldest synagogue to use by the Jewish community Sunday in Helena. 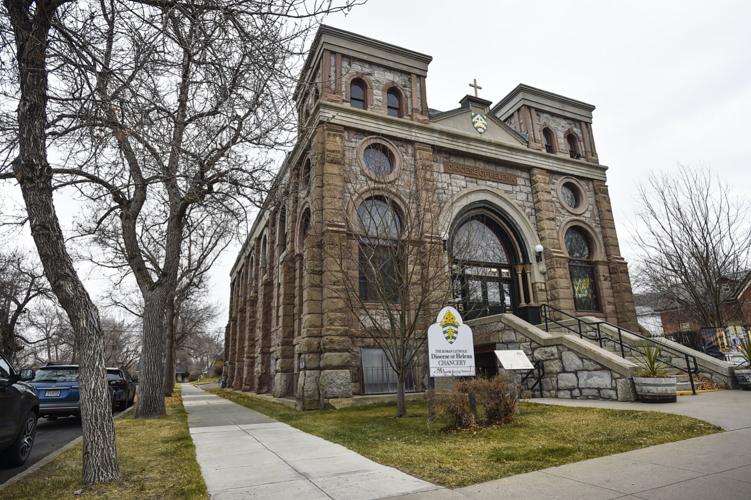 The Montana Jewish Project is trying to acquire the Temple Emanu-El in Helena, which is currently owned by the Catholic Diocese of Helena. 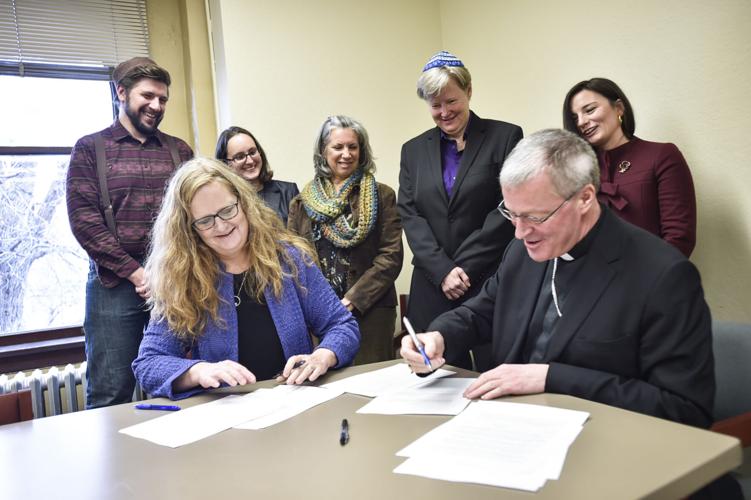 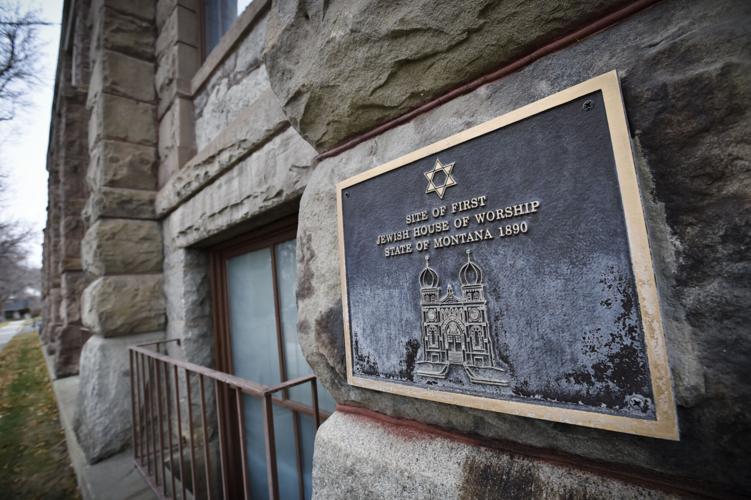 Construction of the Temple Emanu-El building finished in 1891, making it the first Jewish house of worship in the state.