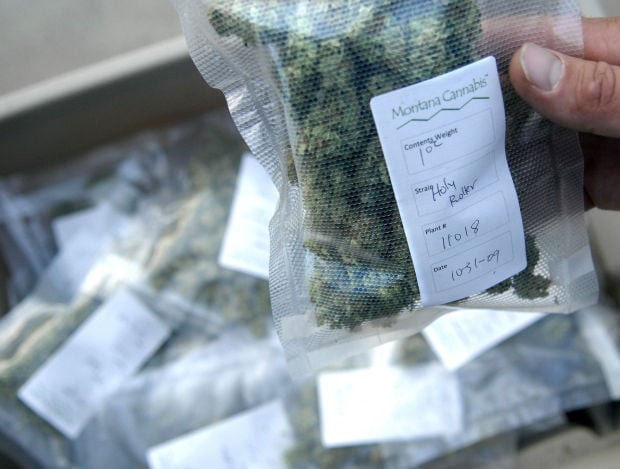 The number of medical marijuana 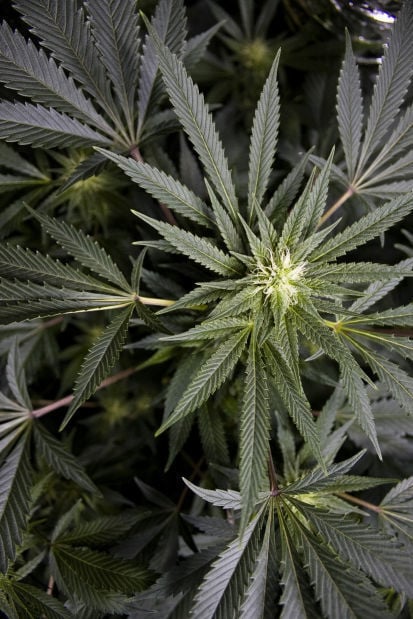 A medical marijuana plant in an indoor growing operation. 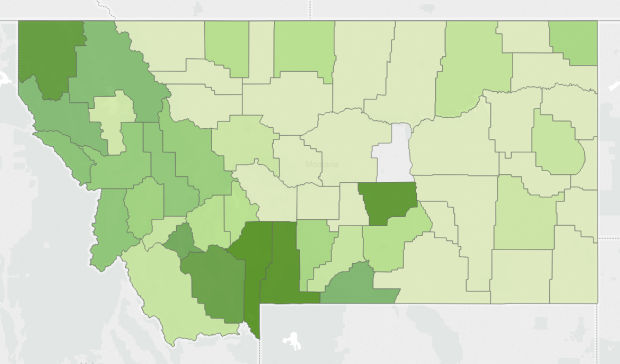 Though medical marijuana laws in Montana are still shifting, a medical cannabis provider is planning to open a business on Birdseye Road near Helena.

Christopher Fanuzzi, owner of Lionheart Caregiving, is reopening a store in Helena after shutting down his operations in Helena, Butte and Four Corners shortly after the 2011 Legislature passed a law largely banning the sale of marijuana for medical purposes. Fanuzzi has steadily been operating a store in Bozeman that he said has operated without legal trouble.

He decided to move back to Helena in the wake of District Judge James Reynolds' January decision to permanently block some provisions of the 2011 law. A federal law passed in December that stopped funding for Drug Enforcement Agency raids in states where medical marijuana is legal also played into Fanuzzi’s decision.

Roy Kemp, head of the Montana Marijuana Program with the Department of Health and Human Services, said he hasn’t seen a drastic increase in the number of providers since Reynolds' decision.

Reynold did rule in favor of the state on two counts, one of which would allow DPHHS or local law enforcement to carry out unannounced inspections of a provider’s business while they are open.

Right now Reynolds' ruling stands as Montana’s law for medical marijuana, but that could change. The attorney general’s office is planning to challenge the points in Reynolds' decision that are against the state, spokesman John Barnes said. The state Supreme Court has not yet set a date for the hearing.

The Legislature still has a chance to change the cannabis environment in Montana, said Mort Reid, head of the Montana Cannabis Industry Association.

The MCIA is behind legislation sponsored by Sen. Robyn Driscoll, D-Billings, which would solidify Reynolds' decision and add Post Traumatic Stress Disorder as one of the conditions permitted for treatment by cannabis.

Driscoll’s bill has not yet been introduced, but Reid said he thought it would be introduced soon.

It’s a bill Reid said he hopes passes and puts an end to the legal battle that has drug on since shortly after the 2011 Legislature.

“There’s a lot of people within the industry that are just fed up with the treatment they’ve received from the past three Legislatures,” he said.

Several other bills have the potential to change Montana’s cannabis industry, including one that would enforce the strict federal classification of marijuana as a schedule I drug. That bill has not been introduced.

A bill by Rep. Rae Peppers, D-Lame Deer, would have added PTSD as a condition permissible for treatment with cannabis, but it was tabled in committee and is likely dead.

Fanuzzi said the unknowns weren’t enough to change his decision to move to Helena.

“It’s a risky business, there's no question about it. But as far as the risk goes, certainly there’s financial risk, there’s also risk of having to go through legal disputes or legal battles, political battles, there might be times we have to wait before it does open up, but I think ultimately the people have already spoken,” Fanuzzi said. “You can’t change what the people want.”

Fanuzzi touted the benefits of cannabis for medical use and said obtaining it through a legitimate business is safer for the consumer than buying it on the black market.

Lionheart Caregiving grows its own chemical-free marijuana and has its products tested before sale, he said.

His eclectic array of retail includes marijuana salves and ointments meant to treat topical conditions like eczema or ease arthritis pain. Lionheart also sells capsules and cannabis-infused honey that can be used in tea.

Fanuzzi said the new products are tested by outfits like SC Labs, a California-based company that aims to ensure quality and safety by testing medical cannabis products.

The Lionheart store is set to open in the old Birdseye gas station and deli. Fanuzzi previously applied for a business license that would allow him to operate in Helena city limits, but said he was denied. With a business license through the state, Fanuzzi doesn’t need further permission from Lewis and Clark County to house his business outside city limits.

He said the drive may be a little inconvenient for customers, but he hopes the quality of his products will make the trip worth it. The store is currently accepting patient signups and hopes to have a grand opening by the end of the month.

“One thing is for sure, that people want quality, clean medicine. They want good cannabis,” Fanuzzi said.

Lionheat Caregiving can be reached at 406-587-3545 or online at lionheartcaregiving.com.

MISSOULIA -- Medical marijuana providers are cautiously opening new dispensaries in Helena and across the state, but the state law allowing su…

Bill would allow medical marijuana use to treat PTSD

Montana lawmakers are considering a bill that would allow state residents to obtain medical marijuana to treat post-traumatic stress disorder.

Here are some of the bills and proposed bills on medical marijuana before the 2015 Montana Legislature:

Lawmakers may again be debating marijuana at 2015 Montana Legislature

Marijuana once again will be an issue at the Legislature, with a number of bills anticipated, from possibly decriminalizing the possession of …

Reactions to a district judge’s medical marijuana ruling followed predicable lines, and Attorney General Tim Fox has not yet decided whether t…

The number of medical marijuana

A medical marijuana plant in an indoor growing operation.