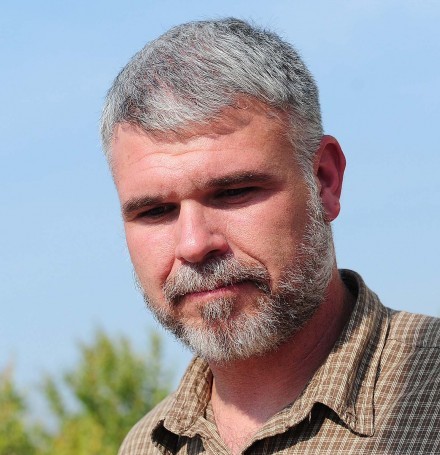 Medical marijuana grower Chris Williams was sentenced Friday to a mandatory five years on a federal gun charge, and time served on a marijuana charge. 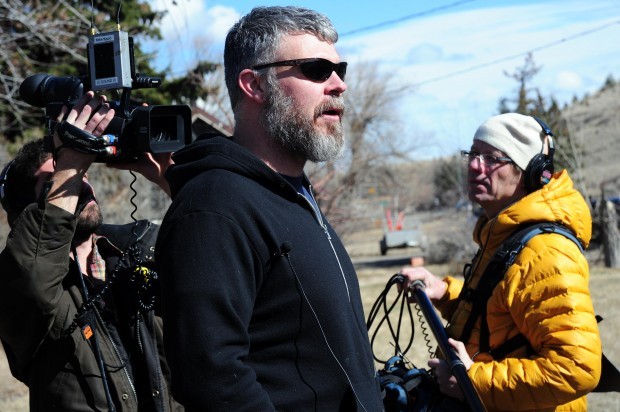 Chris Williams, co-owner of Montana Cannabis, speaks with a documentary crew as his medical marijuana business is raided in March 2011.

In an unorthodox move, U.S. Attorney Michael Cotter is offering to dismiss six of the eight marijuana charges that a jury convicted Christopher Williams of on Sept. 27, but Williams is refusing to take the deal.

Due to mandatory minimum sentencing on four of the charges — which involved having a gun during the commission of a drug crime — Williams is facing between 82 and 85 years in prison.

In a letter sent to Anthony Gallagher, the chief federal defender, on Oct. 11, Cotter says that he’s willing to drop one count of manufacturing marijuana, two counts of possession with intent to distribute the drug and three counts of possession of a firearm during a drug trafficking offense if Williams will agree to waive his right to appeal the conviction and upcoming sentencing.

“Such a resolution would allow Mr. Williams to argue for and receive a total sentence of as little as 10 years between Counts I and V,” Cotter wrote. “Mr. Williams received a fair trial that will be upheld on appellate review. This offer is extended as a last effort by my office to treat Mr. Williams in a reasonable, sufficient and fair manner that will vindicate the federal interest in this case.”

The two remaining counts are conspiracy to grow and distribute marijuana, and possession of a firearm during a drug trafficking offense. The conspiracy involved his former medical marijuana business partners Chris Lindsey, Dan Nichols, Thomas Daubert and the Flor family.

All of those people agreed to plead guilty in exchange for a lower sentence. Daubert is on probation for five years, members of the Flor family received sentences between two and five years; Lindsey and Nichols are awaiting sentencing.

But in a letter to the Independent Record, Williams wrote that he will reject what he calls “the new compromise” as he has with all other proposed plea bargains. He argues that this case isn’t just about medical marijuana — U.S. District Court Judge Dana Christensen prohibited discussion of Montana’s state law during Williams’ trial — but is about people being in charge of their government rather than the other way around.

“I have decided to fight the federal government, because for me not defending the things that I know are right is dishonorable,” Williams wrote. “Every citizen has a responsibility to fight for what is right, even if it seems like the struggle will be lost.

“It is the power of the people to control this government that is supposed to protect us. If we shun this struggle, this government will control us instead of protecting us.”

Michael Donahoe, a senior litigator for the Federal Defenders of Montana who is Williams’ attorney, didn’t outright dismiss the offer in court documents he filed this week.

However, he noted that in his 28 years as an attorney, he’s never seen a post-judgment verdict offer like this proposed, under which the potential sentence decreases by about 86 percent. He called it “unorthodox.”

“Generosity, maybe; but it may be equally true that the government has misgivings about this case going to the Court of Appeals,” Donahoe wrote. “Although this can be viewed as a magnanimous gesture by the United States, it also serves to acknowledge that even the United States Attorney for this district doesn’t view Mr. Williams as deserving of 82 plus years in prison.”

Instead, he’s asking Christensen to order the release of Williams from custody while appealing the conviction to the Ninth Circuit on a variety of issues.

One point Donahoe will raise is that he believes the government has a history of bringing gun charges against medical marijuana distributors, but never meant to prosecute those; instead, he argues that it was done in order to coerce plea bargains rather than challenge federal statutes.

“We know this for two reasons. First, because the government readily agreed to dismiss the firearms counts for virtually every other medical marijuana defendant in those cases where fire-arms violations had been charged,” Donahoe wrote. “And second, because insofar as (Williams’) ‘conspiracy’ is concerned, every other defendant had no real choice but to plead guilty in exchange for the firearms charges being dropped.

“Given the government’s conduct here that was a false choice inspired by an abusive exercise of government power, considering that it was the government’s reckless decision to change its medical marijuana policy that was the first cause of all these problems.”

The change Donahoe alludes to involves statements made by U.S. Attorney General Eric Holder in March 2009, who said the Justice Department no longer would raid medical marijuana dispensaries that are legally created under states’ law. That statement was followed up by the so-called “Ogden memo” in October 2009, in which Deputy Attorney General David Ogden said the same thing.

However, in June 2011 the “Cole memo” was issued, and Deputy Attorney General James Cole instructed federal prosecutors that people in the business of cultivating, selling or distributing marijuana are violating the Controlled Substances Act, regardless of state law. Cole said that abiding by state and local laws is not a defense to breaking federal laws.

Donahoe notes that if Williams is released from prison, he has a place to stay with a friend in Bozeman and a job awaiting him. He adds that Williams shouldn’t be considered a flight risk and could have his movements electronically monitored.

Donahoe also believes that there’s a good chance the conviction will be reversed.

Federal prosecutors are opposed to releasing Williams, who is incarcerated in the Crossroads Correctional Facility in Shelby.

Read the Independent Record's past coverage of Chris Williams and Montana Cannabis.

Medical marijuana grower Chris Williams was sentenced Friday to a mandatory five years on a federal gun charge, and time served on a marijuana charge.

Chris Williams, co-owner of Montana Cannabis, speaks with a documentary crew as his medical marijuana business is raided in March 2011.