Dale and Amy Livezey were spending some time together Sunday at Black Sandy State Park near Helena to share their love of ice skating when Amy saw something in the distance.

A skater had fallen through the ice and was trying to get out.

Dale said he “skated hard” over to where the man was caught in the water and used a rope he had carried for years when he skates to help pull the man out. The man returned to his vehicle where he had some dry clothes waiting and gave Dale a new rope he had stashed inside as a show of thanks.

“The fellow who went in thinks I saved his life,” Dale said Monday. “I hate to think it was that close, but you never know.”

Jim Barnes, who owns Big Sky Cycling and was on the other side of the hole where the man fell in, said he had never witnessed anything like this in all his years of skating. He said the man was new to skating and unaware of the changing ice conditions in front of him. He got into a pressure ridge that had thin ice and said he tried to go around it but did not get all the way around.

“He crossed in a bad place,” Barnes said.

He said the ice gave way and the man went into the water. The man had been carrying his safety picks around his neck and had pulled them out, holding himself on the edge.

“He wasn’t panicking,” Barnes said. “He was doing the right thing.”

Dale, a 63-year-old landscape artist, created a Facebook page called MT Icebuds for those who love skating. He said the man in the water probably broke through the ice five times before he was able to get out.

“Everybody was nervous,” Dale said, adding his “heart was pounding.”

Dale said it took him some time to untangle his rope to toss it to the man.

He said the man had left his throw rope in the car and knew Dale had used his own rope during the rescue.

Barnes and Dale said people should not skate alone. They both declined to identify the man.

Both said that even though it has been somewhat unseasonably warm, it was safe enough to skate on Sunday.

“The ice is generally thick in that area,” Barnes said. "Warm temperatures a few hours in a day normally does not affect ice pack.”

Dale said it was the man’s second time skating.

“He was new to the sport and skated into a place that those of us with experience recognize as a danger zone,” he said.

Dale said he has never fallen through the ice, but has a friend from Bozeman who is an experienced skater and has crashed through three times.

“It’s not always the person’s fault, but 90% of the time you are reading the signs wrong,” he said, adding that if the man had not been seen within 10 minutes he would have been in worse shape.

Dale credits his wife, Amy, for being an important part of the rescue, because she saw it happen. He said he started skating late in life, and explained the lure of the ice.

“There are a lot of things to like about it -- when the ice is really smooth you get into this amazing gliding rhythm that is so smooth and so fast. It is like flying,” he said. “When you’re with a group of people who skate back and forth with each other, it’s like you are in flock.”

A Rexford man who was ice fishing drowned in Fort Peck Lake after the vehicle he was driving crashed through the ice north of Winnett, officia…

Mike Sass said getting his vaccination shot to battle COVID-19 didn’t hurt at all.

The coronavirus pandemic may have helped push folks to seek respite in the great outdoors, as the supervisor of the 2.8 million-acre Helena-Le… 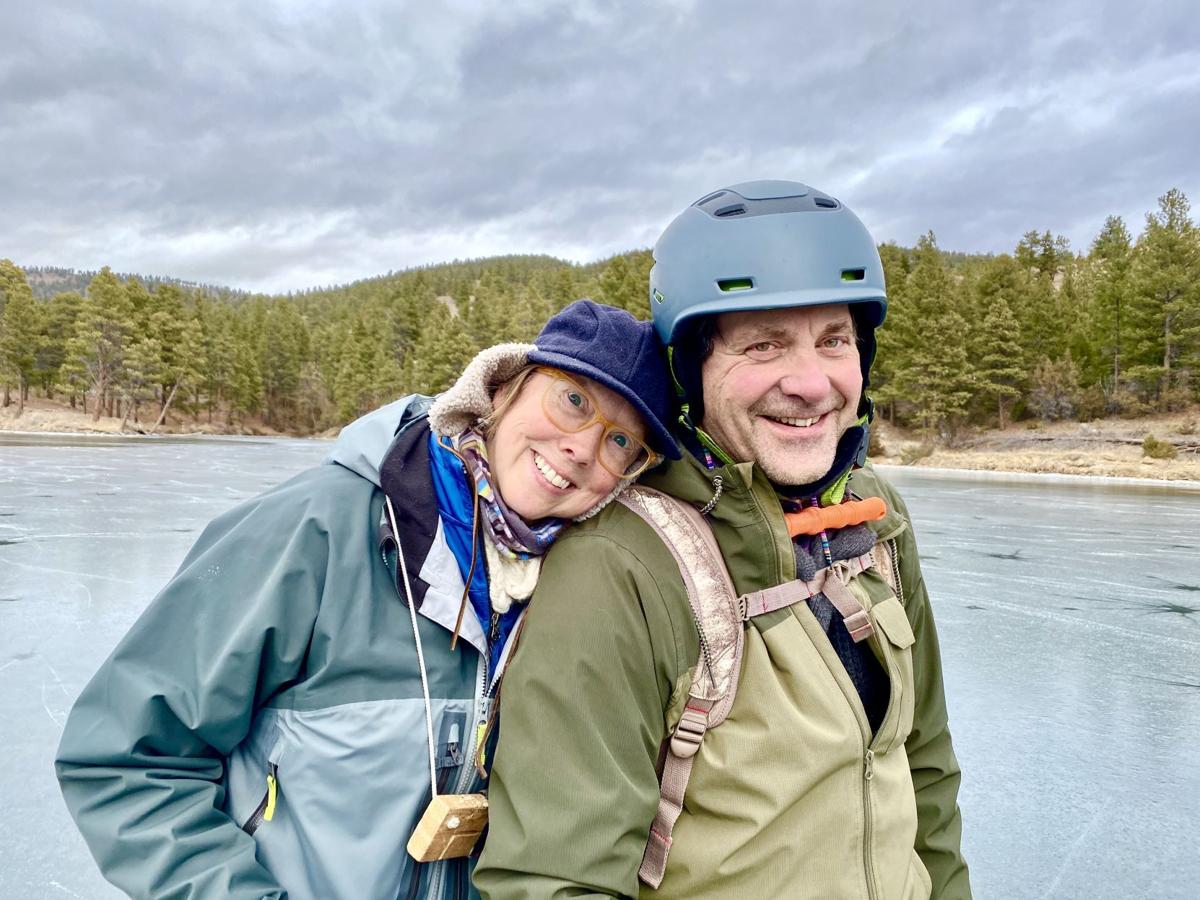 Amy and Dale Livezey are pictured shortly after Sunday's rescue.

Dale Livezey used a rope to help pull an ice skater out of the water after the man fell through the ice Sunday at Black Sandy State Park.