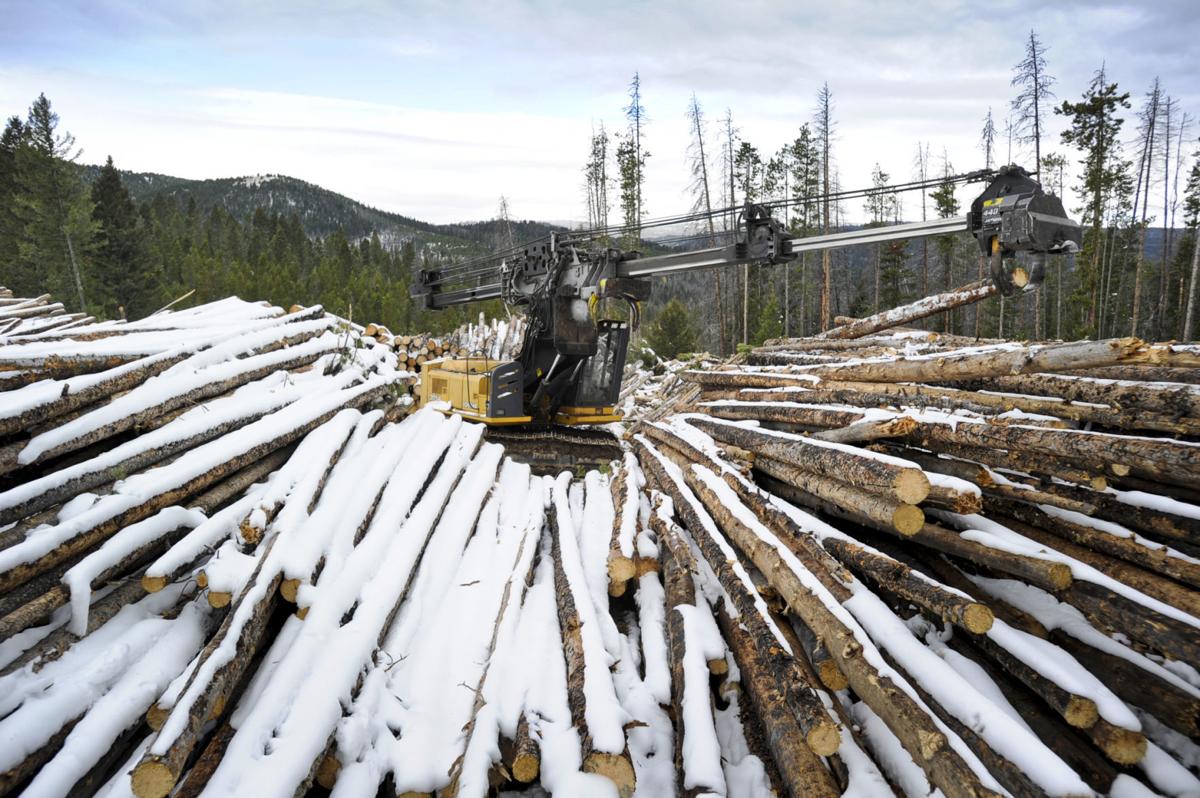 A Thomas Bros. Logging Co. operator runs a delimber Friday morning on the Telegraph Vegetation Project about 15 miles southwest of Helena. Approved last year, the project seeks greater resiliency to wildfire, insects and drought through diversifying age classes of trees along with producing 25 million board feet of commercial timber. 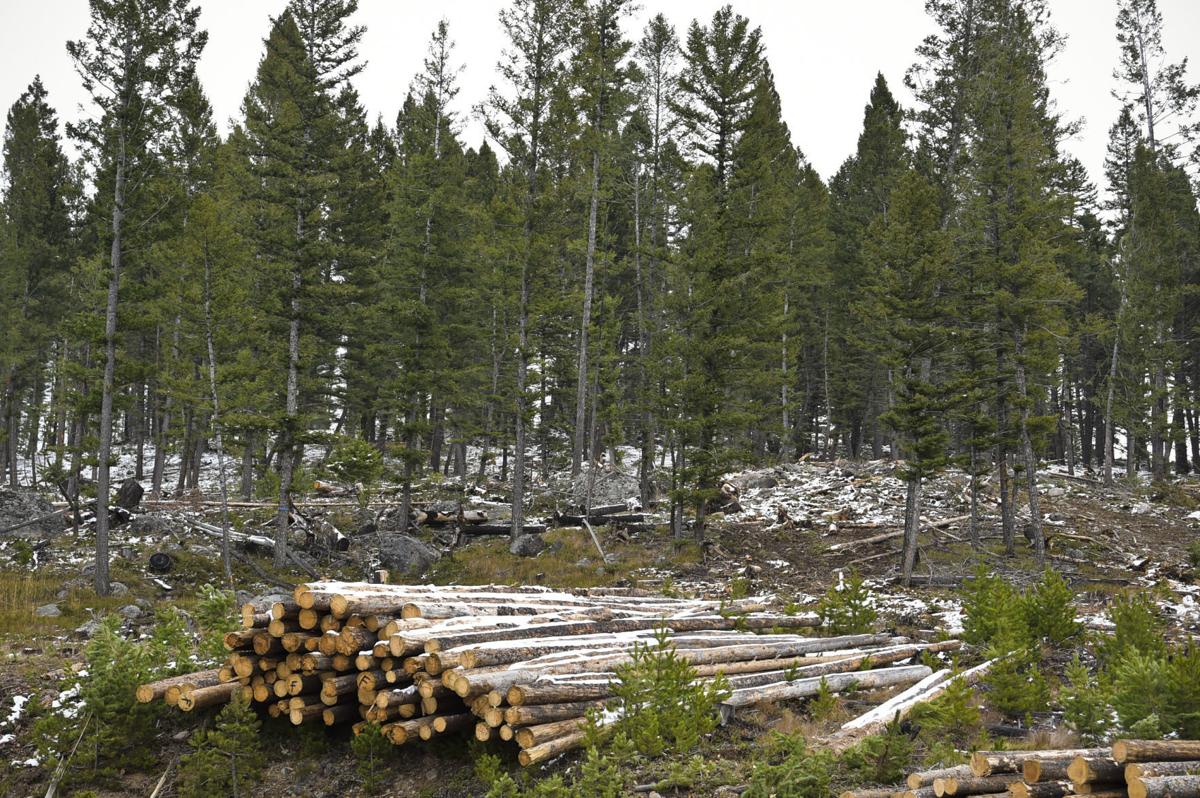 A pile of timber in front of a section of forest that is finished being treated Friday morning. 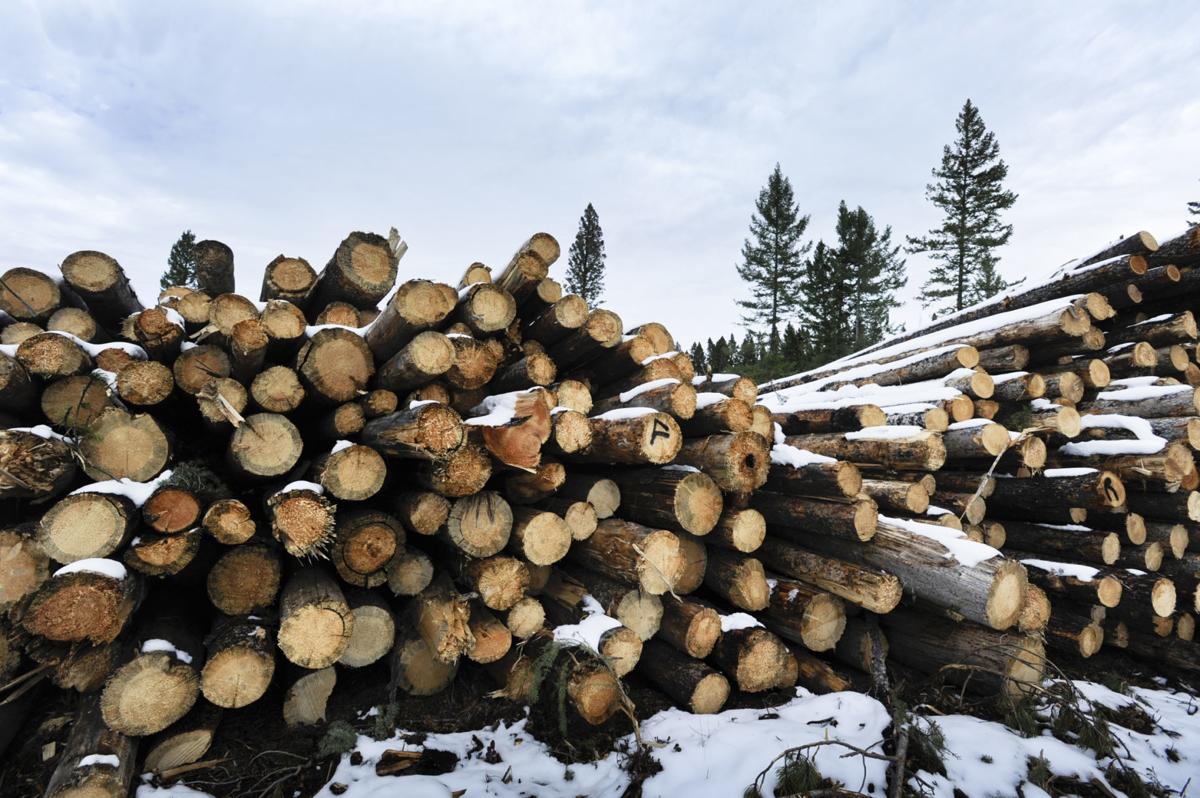 The 5,700-acre Telegraph Vegetation Project includes logging and prescribed burning about 15 miles southwest of Helena and 5 miles south of Elliston. 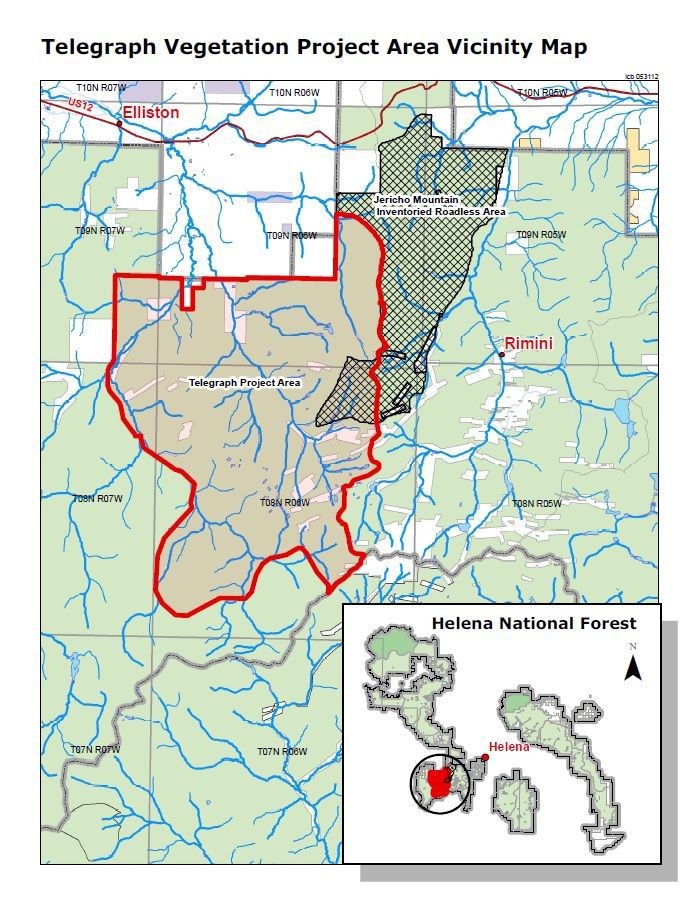 The deep rumble of diesel engines were cut by the high-pitched rip of a chainsaw and the thud of wood on the ground.

The team from Thomas Bros Logging worked in tandem, the skidder delivering logs where the delimber picked up trees up to three at a time, knocked the limbs to the ground and quickly cut them to length. Once cut, the machine swung logs onto stacks of firewood, saw logs, post logs or logs for home construction.

Thomas Bros has spent the recent weeks logging a 78-acre timber sale as part of the 5,700-acre Telegraph Vegetation Project located about 5 miles south of Elliston. In the bottom of the valley flows Telegraph Creek, passing by several houses wholly surrounded by national forest before connecting to the Little Blackfoot River.

The project’s goals include greater resiliency to wildfire, insects and drought through diversifying age classes of trees. The sale is one specially limited to small businesses.

Bruce Thomas works with his brother and sons in the Elliston-based family business started by his father. Depending on size and quality, logs will go to either Deer Lodge, Clancy or Avon for milling or to locals burning it for wood heat.

“The downfall is really the hardest thing to deal with,” he said. “But we’re getting the forest cleaned up and getting logs on the trucks.”

Both Bruce and Tom Thomas said the recent Forest Service timber sales will be a key part of their business over the next few years.

“We’ve been getting through most of the private land sales and state sales,” Tom Thomas said. “As long as these Forest Service sales are available, we’ll be bidding on them.”

Whether the Telegraph project continues is now in the hands of Ninth Circuit Court of Appeals.

In August, a federal judge dismissed a lawsuit attempting to halt the project by Alliance for the Wild Rockies and Native Ecosystems Council.

The groups contended that the project violated environmental laws while degrading fish and wildlife habitat including impacts to elk, Canada lynx and grizzly bears. They further argued that the Forest Service failed to adequately consider the “cumulative impacts” of the adjacent Ten Mile-South Helena Project, which also proposes logging, thinning and prescribed burning west of Helena. Finally, the groups noted that logging alone has not been shown to stop wildfires, also pointing out that due to randomness of fire starts, the probability is low that a fire break will be in the right place in intercept a wildfire.

Judge Dana Christensen dismissed the lawsuit in favor of the Forest Service on several procedural grounds as well as ruling on the merits of one of the claims. He found that several claims were adequately raised during the administrative review and objection process.

The groups are asking the Ninth Circuit to review the decision, arguing that the Forest Service misused local wildfire risk mapping to expand the project into lynx habitat and contending that analysis under the Endangered Species Act was inadequate.

Jay Hedrick, forester with the Helena-Lewis and Clark National Forest, said roughly 60 percent of lodgepole pine in the area had died from the mountain pine beetle. As the years have gone on, the dead and falling trees have resulted in steadily degraded timber quality.

“If we’d logged this five years ago, it would’ve been way more logs,” he said. “When you wait five years with dead timber, it might be a $2 million timber sale versus a $50,000 timber sale.”

The Forest Service bid the timber at the same price, recognizing the varying values of the wood products going out on the trucks. That allows greater flexibility for the logging company to grade logs as they go.

The 78-acre timber sale is a “clear cut with reserves.” While leaving individual lodgepole standing in the open usually results in them falling in the wind, the forest includes a solid variety of spruce and Douglas fir that remain standing across the logging site, Hedrick said, adding that some spruce and fir are logged to encourage expansion of aspen.

The project was designed to limit road construction and buffer around areas identified as elk security areas. And provisions in the timber contract including when and where machinery may run aims to limit impacts to soil.

“The driver starts at about midnight so he’s working on frozen conditions,” Hedrick said. “I think this is a win-win because we can move towards our desired conditions and they can produce a product.”

Pointing to lodgepole pine starting to regrow following roadside logging several years ago, Hedrick says he expects the area to naturally begin regrowth in the next five years. Planting trees is also an option if the areas do not naturally rebound, he said.

“A lot of people are concerned when they hear about it that it’ll be a moonscape,” said David Nunn, fire management officer for the Forest Service. “But get down in there and look at how much green is left. When you look at our purpose, we’ve reduced the fuel and it gives us a safe place from a fire management perspective to be able to send our firefighters.”

The Forest Service sells the timber sales at a deficit; however, Nunn believes the need for creating places to fight fire and buffer private land would exist regardless of a commercial timber sale. Funds generated by the sale can be used on site for management including road repair and weed control. The new fire breaks on the national forest will also work in concert with fuels reduction projects on nearby private land, he said.

“Strategic placement, where we put these timber units, is so key,” Nunn said of choosing locations for fire breaks. “From a fire management standpoint, a lot of these private landowners are out ahead of us.”

A pair of conservation groups filed suit against the U.S. Forest Service and U.S. Fish and Wildlife Service this week, alleging inadequate ana…