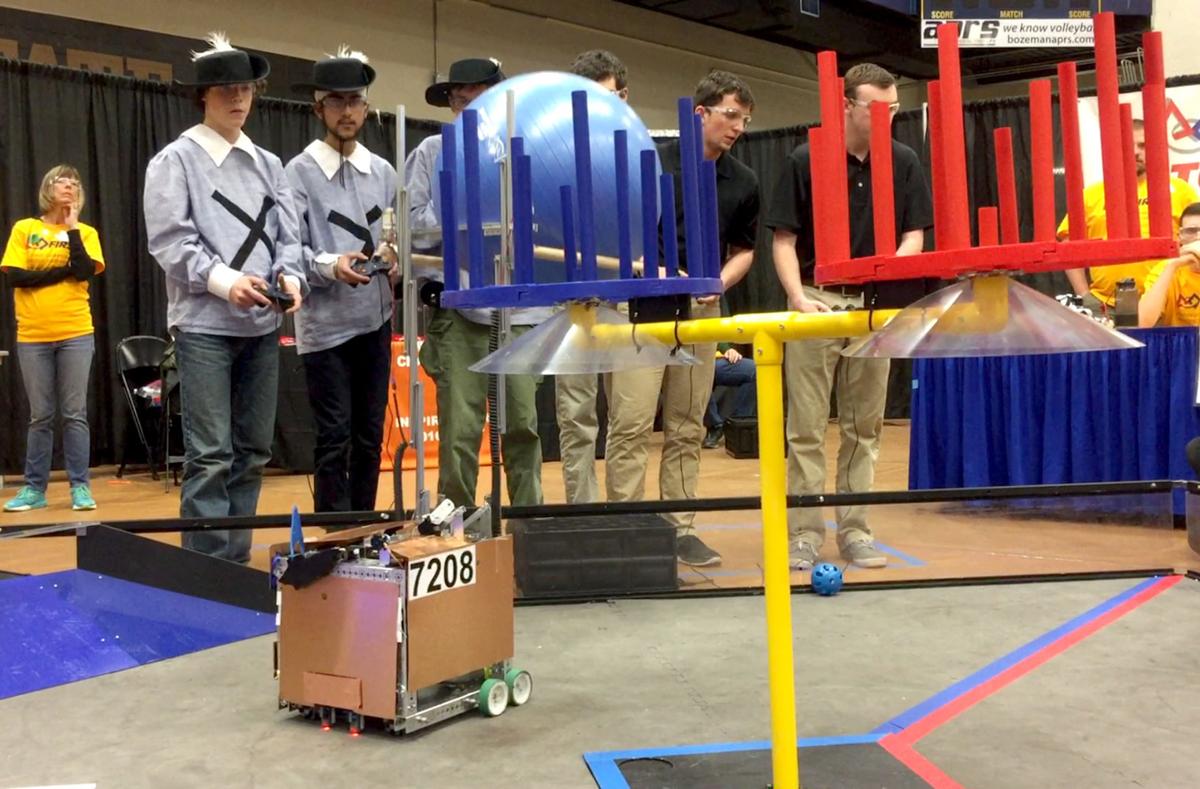 X Team members operate their robot at the FIRST Tech Challenge in Bozeman in January, where they took first place. 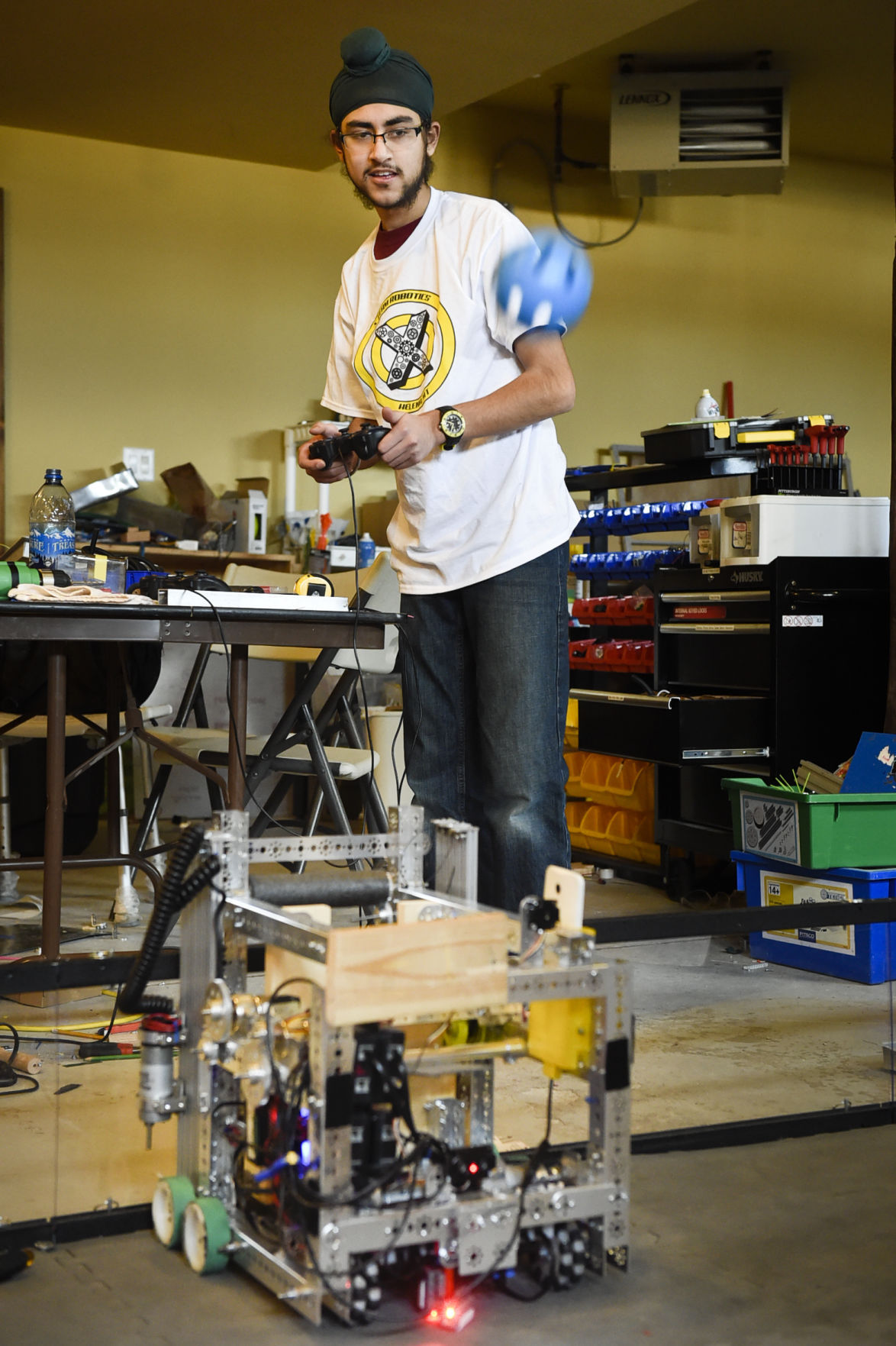 Jaskrit Singh of X-Team Robotics launches a ball with the team's robot at a recent practice. 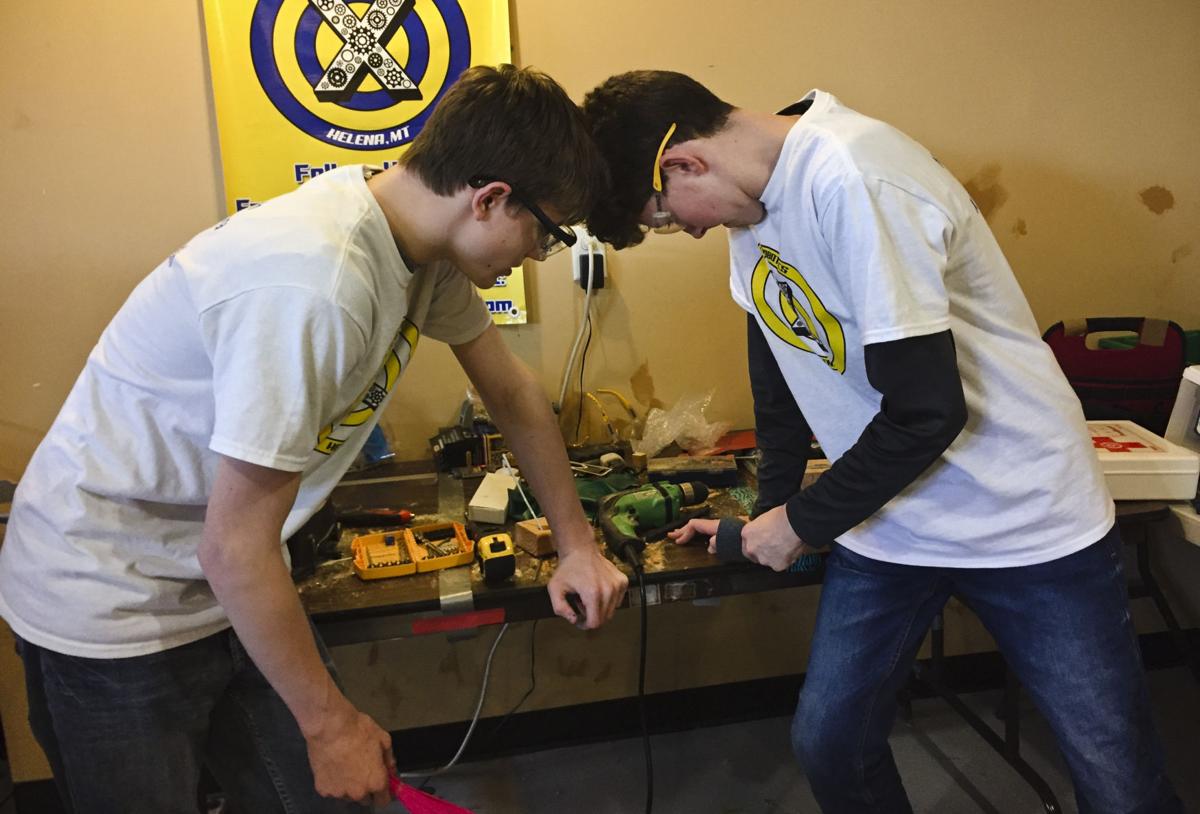 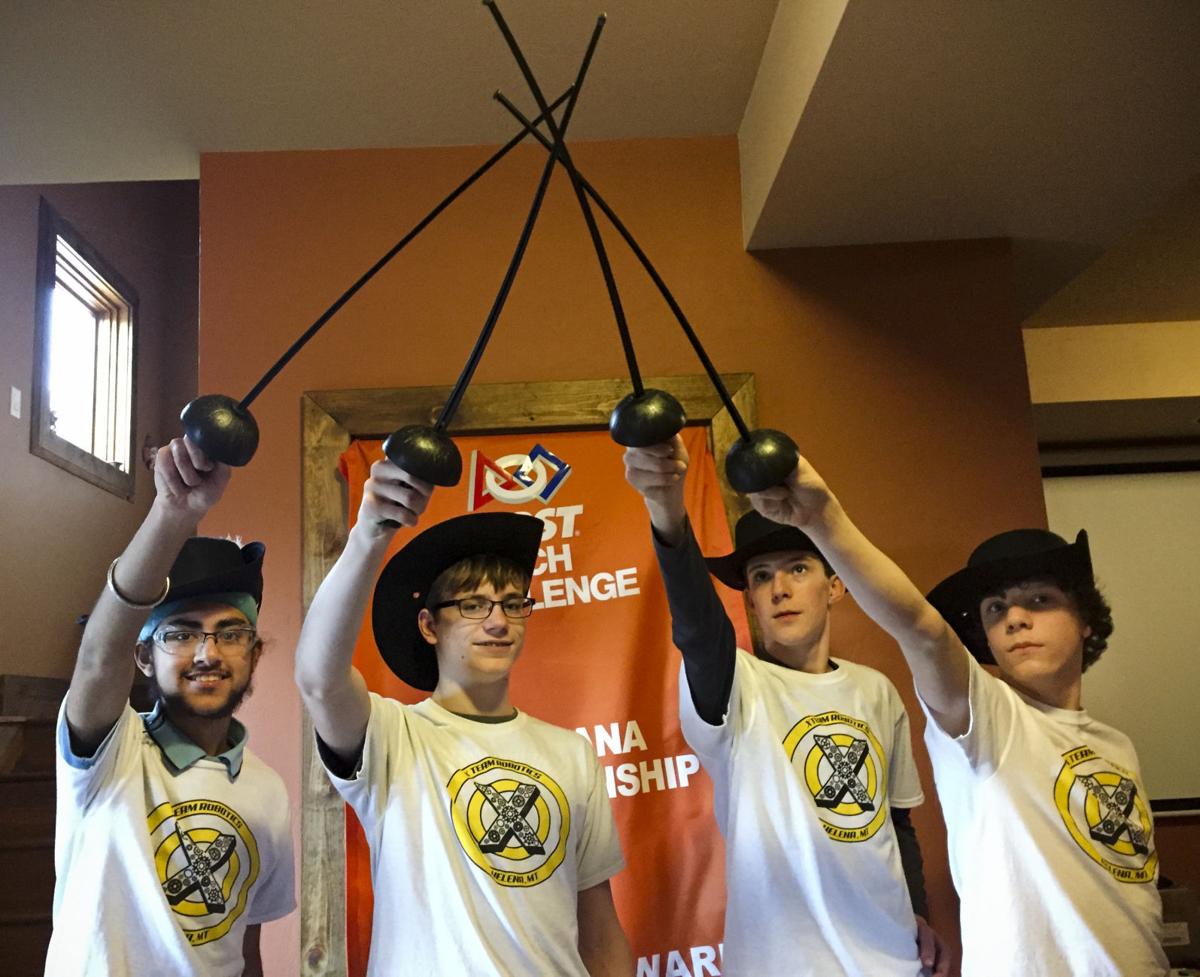 In Bozeman they won the first place, competing against 35 other teams and taking the Inspire Award.

In Tacoma, they’ll be one of 72, with the top 34 going on to the World Competition in Houston in April.

On Wednesday last week, Team X was hard at work at its headquarters, converting its winning “bot” or robot into an even better one.

It’s now dubbed, Porthos, in honor of the portly musketeer made famous by Alexandre Dumas, author of the “The Three Musketeers.”

The team slogan is borrowed from Dumas as well: “All for one and one for all, united we stand divided we fall.”

And they wear matching musketeer costumes, complete with plumed hats and rubber swords.

The Inspire Award takes into account more than how their robot performs, but such qualities as whether the team is gracious and professional, does community outreach and gives an engaging and professional presentation.

Wednesday, the goal was to get Porthos to fling Wiffle Balls at its target accurately.

And its arms needed a makeover, too. They were too short to easily pick up and maneuver large exercise balls used in competition.

One of the other tricky maneuvers is for Porthos, operating on its own, to roll around an enclosure and flip a switch to make a light beacon turn blue, if that’s the X Team's assigned color that day.

Then it has to roll off to another beacon and do the same thing.

Then there will be a light beacon competition going up against another bot and its team. And there's other little tricks it will need to perform as well.

Team X also compiled a very impressive, slick engineering book about the team’s journey so far. It’s chock full of descriptions and pictures of how they built their bot and a whole lot more.

By last week, they’d logged and recorded more than 900 hours of fundraising, 500 hours of outreach, 650 hours of design and 200 hours of programming.

There’s a lot more work to do, said team captain Jaskrit Singh this week. “We still have some more programming, we’re building a ball collection device and we’re making it more attractive.”

Obviously, robotics is not for the faint of heart.

Now in its fourth year, X Team was started by Dr. Harnek Singh, who just wanted kids to have a good time doing robotics.

Working with the team are coach Ean Berg, who has a background in construction; team manager Dr. Harnek Singh; and team fundraising manager Ish Kaur, who is married to Singh and helps him organize the team.

To get to Bozeman’s state competition, the team and its bot first had to qualify in November in Butte.

At each level, competition grows stiffer and the challenges are harder.

And, it requires more fundraising to keep the bot going.

Thanks to Kaur’s acclaimed cooking skills, the team has held successful monthly Indian dinners at The Creperie to raise funds.

She cooks such delectable treats as dal pumpkin soup and butter chicken masala, which means the dinners sell out immediately. The team helps out by waiting tables and washing dishes.

Another Helena team, Fusion 4133, which placed second in Bozeman, will also compete in Tacoma.

There are approximately 20 Helena area robotics teams from first grade through high school.

FIRST, or For Inspiration and Recognition of Science and Technology, is a nonprofit founded to inspire young people to engage in science and technology.

Reporter Marga Lincoln can be reached at 447-4083 or marga.lincoln@helenair.com

Leo Eugene Mathis: 2011 negligent homicide. After multiple sentencings and revocations, Mathis was sentenced to 15 years in prison with 15 yea…

Helena Public Schools aims to hire a new superintendent in the next few months after 25 candidates applied for the opening.

Helena Parks and Rec to consider e-bikes on trails

The city of Helena's Open Lands Management Committee is exploring potential policy options regarding e-bikes on the city's network of trails.

COVID-19 vaccination clinics will be held next week for Lewis and Clark County residents who are 70 or older, and for medical workers who were…

With prior approval, Lewis and Clark Public Health will again permit up to 250 attendees at events in the county, including school sporting events.

X Team members operate their robot at the FIRST Tech Challenge in Bozeman in January, where they took first place.

Jaskrit Singh of X-Team Robotics launches a ball with the team's robot at a recent practice.