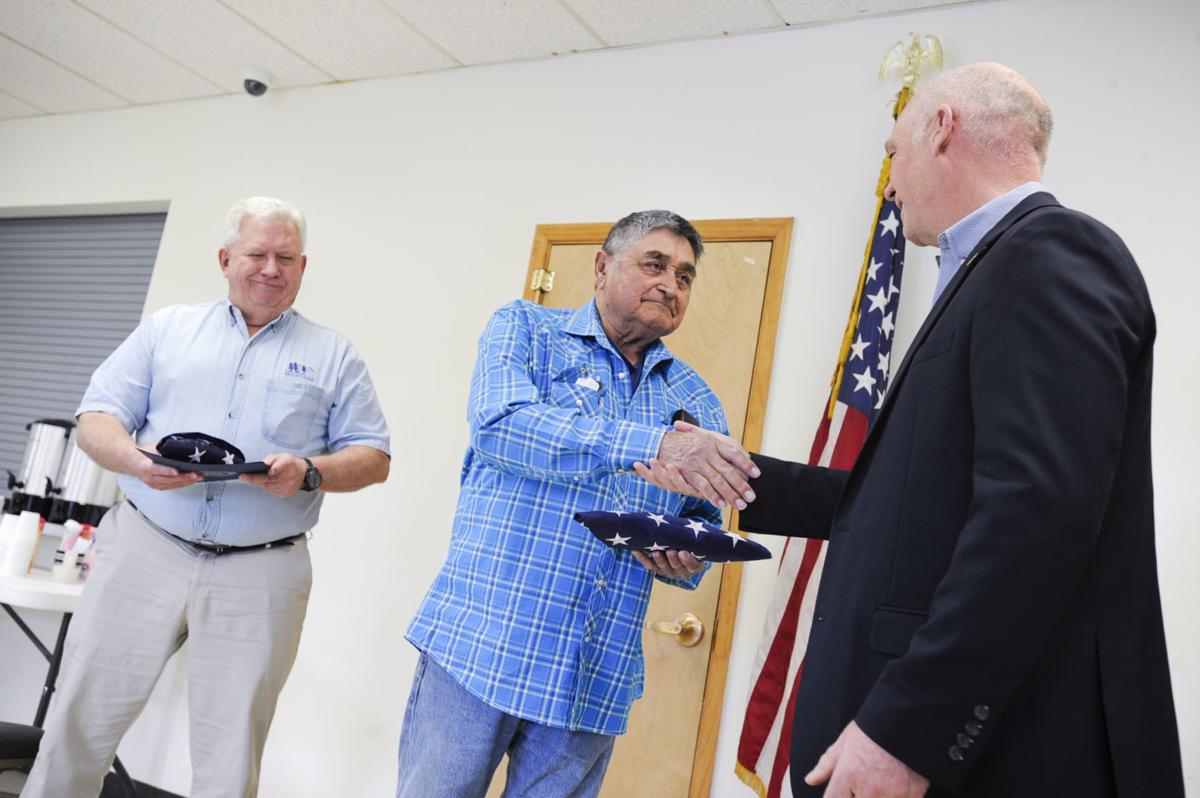 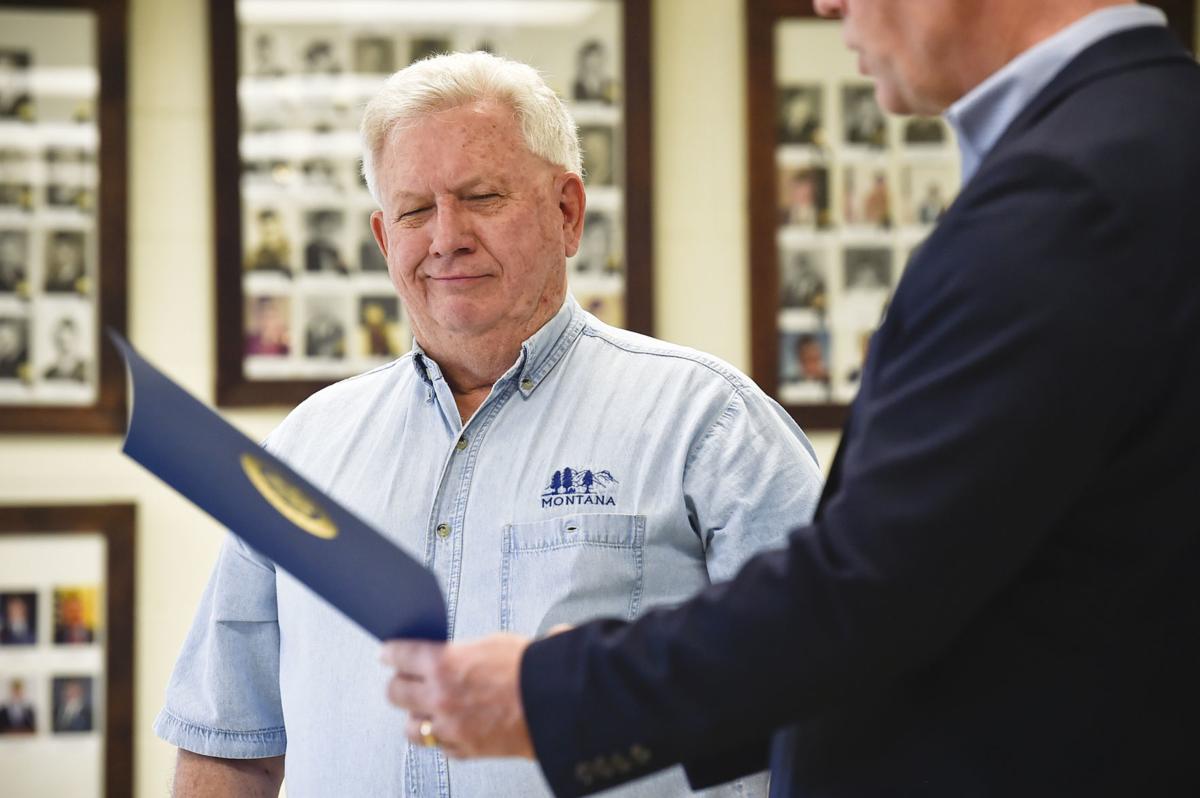 Gianforte reads the statement he read to Congress about Steven Garrison.

Two Lewis and Clark County veterans were honored for their contributions to the Montana community Wednesday morning.

Steven Garrison and Dan LaFramboise were commended by Montana Rep. Greg Gianforte at the American Legion Post 2 in a ceremony that allowed both men to be acknowledged to the community at large.

Garrison, a former Army lawyer, logistician and 30-year veteran, has spent a considerable amount of time offering legal help to Helena-area veterans. The co-chairman of the Montana Joining Community Forces nonprofit, Garrison said much of his work involves connecting veterans and their families with services.

"There's an awful lot of services out there," Garrison said. "But most veterans haven't got a clue about them."

Garrison said that for many of the men and women who served in the military, asking for help is a difficult task.

"You gotta find them," Garrison said.

And when Garrison does find them in difficult situations, he can provide free legal support. "I've got my lawyer ticket to do free legal work, almost exclusively with veterans," Garrison said.

LaFramboise, a longtime Wolf Creek resident and member of the Turtle Mountain Band of Chippewa Indians, served in Korea as a U.S. Marine before coming back to Montana where he became part of the law enforcement community.

LaFramboise was both a Highway Patrol trooper and Lewis and Clark County deputy, but his biggest impact may be his years of bringing harvested bison meat to needy families all up and down the Interstate 15 corridor.

Rep. Gianforte read the same speech he had placed into the Congressional record, commending the two men for their work as both veterans and community members, and thanked them again for their work.

"Keep serving as you have," Garrison told the crowd. "You folks are eminently qualified to make that assistance and succeed in it."

"I second whatever he said," LaFramboise said.

The city of Helena is considering increasing two parks-related property assessments and adding more than $350,000 to the city's parks and recr…

Before you burn, get a permit

Spring means yard debris cleanup and burn season in Montana and, for the tri-county area, that also means obtaining a burn permit.

The slice of shovels into soil marked Earth Day as students and volunteers planted trees at the Montana State Veterans Cemetery.

'A bill of life and death': Legislature passes Hanna's Act

A federal appeals court has ruled that marking tires to enforce parking rules is a violation of the Fourth Amendment, but the city of Helena h…

Large prescribed burn north of York will be seen from Helena

A large prescribed burn was visible from Helena for most of Thursday and could continue for several days.

Erika Kruger, 16, of Helena, was killed in a single-vehicle crash 3 miles west of Drummond on Wednesday night.

Lewis and Clark Sheriff's Office deputy coroner Bryan Backeberg will be leaving at the end of this week.

A shooting of a grizzly bear near Augusta is under investigation by the U.S. Fish and Wildlife Service.

A Broadwater County woman plead no contest to a single count of negligent homicide in a 2017 crash on Highway 12 that killed three people.

Gianforte reads the statement he read to Congress about Steven Garrison.