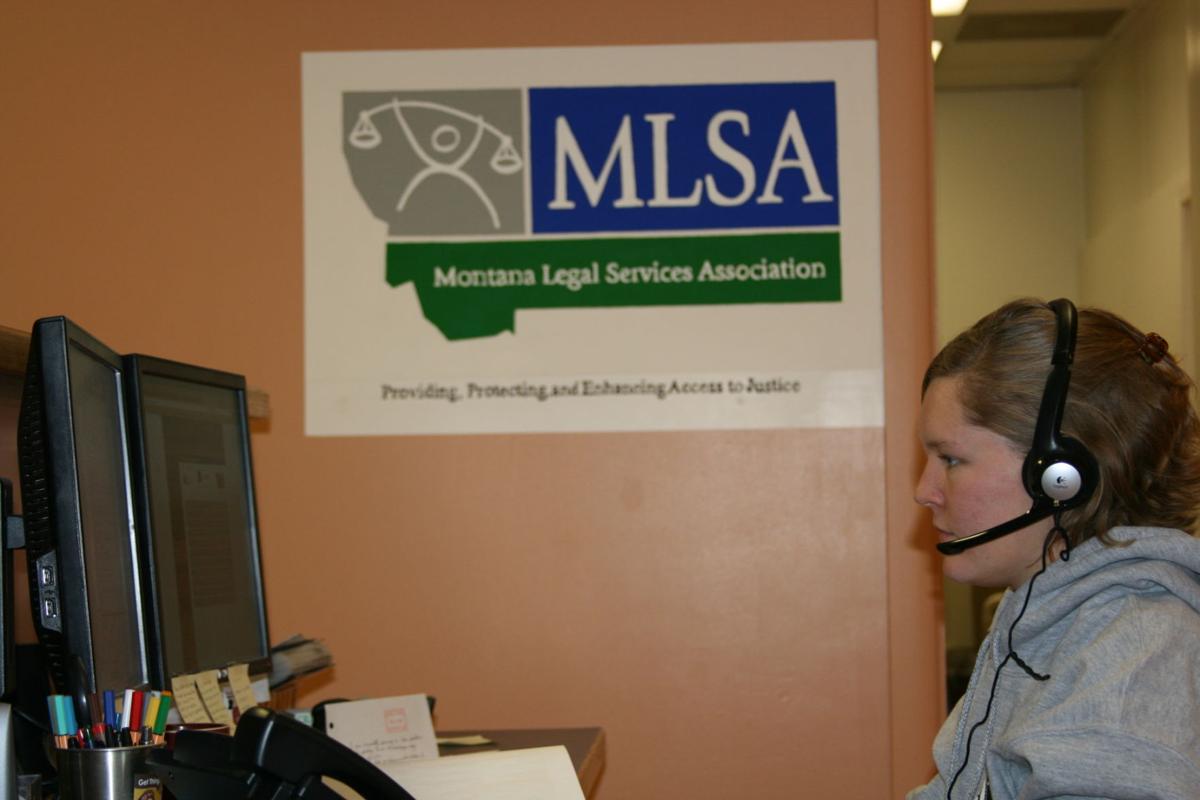 answers calls at the Montana Legal Services Association. At its peak decades ago, MLSA employed 44 attorneys. That number is now at 13. 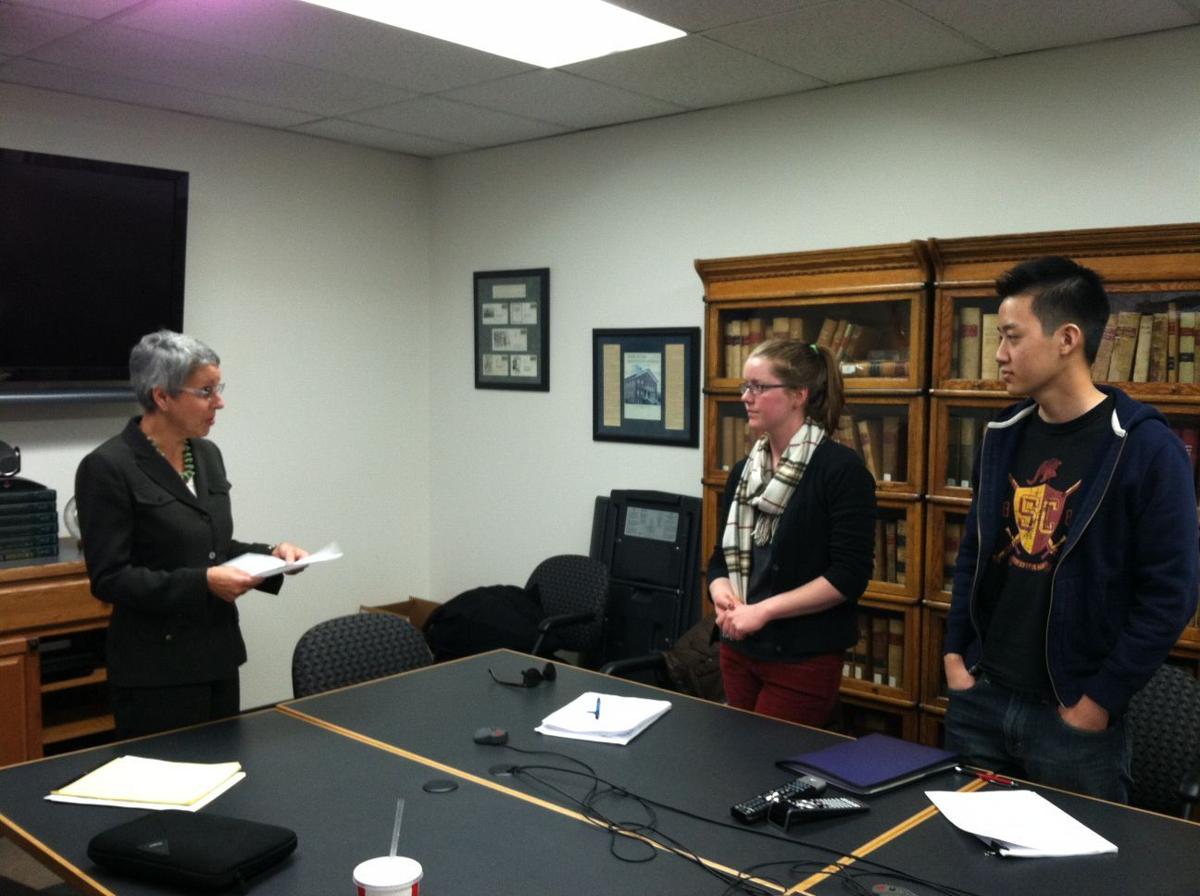 When someone is charged with a crime, they have a right to an attorney and receive a public defender depending on financial circumstances. If someone faces civil legal action, however, that right typically does not apply.

Navigating the civil legal system, whether in a custody dispute, an eviction notice or denial of public benefits, is a challenging endeavor for those unfamiliar with processes and rights, often necessitating the hiring of an attorney. For those unable to afford an attorney, Montana Legal Services Association has offered free legal services for half a century, and it is celebrating that milestone with a public awareness and fundraising campaign, including its own special beer brewed by Blackfoot River Brewing: Justice for Alt.

“You can lose your house, your kids, your job, your income without the right to an attorney, so people are forced to navigate a system that’s very complex, especially for vulnerable people who are in a bad place already or are compromised,” said Michelle Potts, MLSA director of strategic focus and development. “Sometimes it’s a veteran who has lost benefits or a domestic violence survivor, we’re here to back you up and say ‘these are your rights and this is what we can do.’”

A network of narrow halls in a downtown Helena office building houses attorneys, administration and Americorps members who work as intake for people seeking help. As a nonprofit law firm, MLSA represents civil clients earning less than 125 percent of the poverty level, as well as domestic violence victims at any income.

To celebrate its 50th anniversary, MLSA partnered with the Crowley Fleck law firm and Blackfoot River Brewing to brew a beer with a portion of proceeds going to MLSA. This is the fourth beer brewed as part of Blackfoot’s community partnership program, and in September MLSA and Crowley Fleck attorney Dan McLean helped brew the German style alt lager.

The first glasses of Justice for Alt will be served at a kickoff event from 5 to 8 p.m. Tuesday at Blackfoot.

MLSA is also planning a speaking tour on justice issues at libraries around the state and other fundraising events with dates yet to be determined, Potts said.

Last year, MLSA took 2,588 clients affecting more than 6,300 people, but the demand continues to climb as funding continues to fall, Potts said. At its peak decades ago, MLSA employed 44 attorneys. That number is now at 13.

“We have to turn away about two people for every three requests because we don’t have the capacity,” she said. “It is really challenging in a state like Montana, and one of the things we try to explain to people on the federal level to try to get more funding is that we have to do circuit rides and drive a long way to get to court.”

If MLSA cannot offer direct representation, it often works with those seeking help by referring to other organizations or firms and by providing legal information through pamphlets or the website www.MontanaLawHelp.org.

A quarter of MLSA’s approximately $3 million annual budget comes from federal funds through the Legal Services Corporation, formed as part of President Lyndon Johnson’s war on poverty in the 1960s to fund civil legal services. The funding has declined both due to cuts at the federal level and Montana’s low population compared to other states, despite seeing a rise in Montana’s poverty rates, Potts said.

A small amount of funding comes through awarded attorney fees, but parameters of the federal funding greatly restrict MLSA’s right to ask for those fees, Potts said.

“We take on the cases no one else will take because there’s no chance of money,” she said.

Despite funding and staffing woes, by selectively litigating cases with decisions impacting a wider number of clients, MLSA’s economic impact was found at about $9 million annually, she added.

McLean, a former MLSA board member, said his firm dedicates an attorney to pro bono work and believes in the work MLSA does in offering free legal services. Participating in the community partnership and brewing Justice for Alt was a chance to contribute to a good cause, he said.

“One thing that really shocked me when I came on the board 12 years ago was when I learned almost 20 percent of the people in our state are eligible for those services,” McLean said. “What struck me is the people we served and continue to serve are largely uneducated, and struggle with day-to-day life. Many of them don’t know the rights they have, let alone how to assert them.”

McLean cites resistance to government entitlements among some lawmakers as a major reason why he believes funding continues to slide.

“It’s often not a very popular cause to take care of people like that,” he said.

Despite the financial difficulties and heavy workloads, “Montana is a beacon state for how to serve people in such a vast geographic area with only 13 lawyers,” McLean said.

Several years ago, former MLSA client and current board member Mary Lee Shepherd was a resident of Helena Housing Authority. She found herself in a financial struggle with low income and Social Security demanding back payments.

It was during that time that Shepherd attended a talk by MLSA attorney Amy Hall, who specializes in housing issues. Shepherd made an appointment and Hall was able to get the payments reduced as she worked back to financial stability.

“There’s so many people that can’t afford an attorney and can’t afford legal help,” Shepherd said. “For me personally, the Social Security thing was really stressful and Amy set up a meeting and helped me along with that.

“So many of my friends have also been helped with different things -- it’s just a really amazing, out there organization.”

Based on her experience, Shepherd jumped at the opportunity to serve on MLSA’s board of directors and making others aware of the services available to them.

“I had gotten so much help that I felt going on the board I could give back to the organization and I also can keep telling people that if you need this help you can go there,” she said.

Hall, who has practiced law for legal aid in Texas and then in Montana since 1990, said she finds her work rewarding. She is the only attorney representing tenants for the entire state.

Hall is inspired by the belief that all people should have the opportunity to stand up for their rights and receive fair treatment under the legal system. Civil rights are often just as important as criminal rights, and the Montana Supreme Court ruled recently that in civil cases where parental rights may be terminated clients have a right to a public defender, she said.

“I recognize that my own development as a human being is bound up with that of every other human being on the planet, regardless of income,” she said. “We all deserve just results from our legal system, and I like to think that my work contributes toward achieving that goal for my clients.”

This story has been edited to reflect the correct website www.MontanaLawHelp.org

The beer, called Justice for Alt, is a traditional German style alt beer brewed before ale yeast and lager yeast were separated, said brewer Erik Hystad. The beer is an ale, but takes on more characteristics of a lager, he said, bringing a lighter, maltier taste with a fairly strong hop presence and a light copper color.

Blackfoot likes to brew a beer it has never attempted before to give each partnership a unique flavor. Justice for Alt came out “really good with a malty but dry crisp finish,” Hystad said.

The first chance to try Justice for Alt will be on Tuesday, Oct. 6 from 5 to 8 p.m. at Blackfoot for the kickoff event, which will include live music.

Cathedral of St. Helena, other buildings defaced by vandals

The Cathedral of St. Helena was among numerous buildings and vehicles in the area that were recently vandalized, police said Monday.

A 42-year-old Helena man was arrested on suspicion of raping a minor multiple times over the course of a year.

Capital High School has been evacuated and the Helena Police Department are doing a search of the building after a bomb threat on Monday morning.

A cargo van and five motorcycles were stolen this week from Montana Fish, Wildlife & Parks property in Helena, authorities said.

A 429-pound male grizzly bear was removed May 6 from the Ophir Creek area northeast of Avon by Montana Fish, Wildlife & Parks wildlife spe…

Authorities are seeking help in locating a Helena teen who has been missing for more than a week.

answers calls at the Montana Legal Services Association. At its peak decades ago, MLSA employed 44 attorneys. That number is now at 13.