Would you ever pay $1,000 for a pie? Well, for Jan Smigaj’s famous huckleberry pie at the annual Marysville Picnic, you might consider it.

“I told one man that I couldn’t make (the picnic) one year, and he said ‘That’s fine, just send the pie,'” Jan said with a laugh.

Marysville is about a 30-minute drive northwest of Helena. The town boomed in the 1880s and '90s as a gold camp. Now, it’s a small community with several buildings on the National Historic Register and a historic steakhouse, the Marysville House.

Jan’s husband, Frank Smigaj, grew up in Marysville where his mom was a schoolteacher before they moved to Helena when he was in eighth grade. Jan was a city girl from St. Paul, Minnesota. They’ve been married for 61 years and have lived in Butte for 56 years. The Smigaj family has been attending the Marysville Picnic since it started 52 years ago.

The picnic takes place on the second Saturday in July, which happened to be July 9 this summer. Around 300 people show up for the event, and it costs $15 a plate. It's a fundraiser for various things, such as the upkeep of the schoolhouse with the museum inside, the volunteer fire department, road maintenance, etc.

For the past 10 or so years, Steve and Patty, Frank and Jan’s son and daughter-in-law who live in Missoula, have organized the picnic. Steve and Frank roast the baron beef at the picnic and have done so for many years. Patty volunteers to make most of the food, including 30 pounds each of fruit salad and potato salad, 12 gallons of baked beans, and 240 cupcakes.

About 15 years ago, Jan’s huckleberry pie became a hot commodity at the picnic. "The pie" is what it has become known as, and it’s traditionally the last pie auctioned off during the pie auction. This past year, $4,200 was raised from 17 pies.

“This year, grandma, mom and granddaughter got to take a picture together with our pies," said Patty.

“It’s fun to watch them bid against each other. They get animated,” said Jan. “I do get a little embarrassed when (the bid) gets high because I think ‘Oh I hope (the pie) is good.’”

The origin of the huckleberries that led to the famed pie can be traced back to when Frank and Jan began camping.

“One day, my husband came home with a tent and sleeping bags and said ‘We’re going camping’. I had never been camping before, but that was that,” said Jan.

Frank and Jan tent camped until the age of 60, when they upgraded to a pop-up camper. Now in their mid 80s, they camp in a hard-shell camper that they bought for a camping trip to Alaska a few years back.

“Now my friends say ‘You’re crazy going camping and huckleberry picking at 84.' They think I’m crazier when they find out I go four-wheeling,” exclaimed Jan.

They often go huckleberry picking and camping at Huckleberry Pass toward Lincoln. Jan said that when they camp, they do it “the old fashioned way,” not like the people at fancy campgrounds with running water and electricity.

“Years ago when our kids were little, we’d go huckleberry picking and pick a cooler full,” said Jan. “Actually, (Frank and I) were going to go up today, but we may wait a few days.”

Any seasoned huckleberry picker knows how much picking it takes to fill a cooler. Jan then cans and freezes the huckleberries, using them only when necessary, like for her pie.

“Mom’s very protective over her huckleberries. She would make us go out and pick our own for breakfast when camping,” said Susan, Frank and Jan’s daughter, who lives in Spokane, Washington. “Huckleberry pie is her best pie. When I go home, I say ‘Mom, can you bake me a pie?’”

But Jan doesn’t bake pies for just anybody, especially her huckleberry pie.

“If you come to my house, and I make you a huckleberry pie, you must be special,” Jan said.

Fortunately for Susan, she falls into Jan’s special category.

“I never thought (my parents) were amazing growing up, but now I’m 56, and I see my friends' parents, and they’re not able to do what my parents are still doing,” said Susan.

"Jan is truly an incredible woman. After my mom passed away, she stepped right up," said Patty. "I keep joking with her to sign adoption papers."

Jan plans to continue baking her huckleberry pies and raising money for Marysville for as long as she can.

“When you’re 84, you don’t say for sure what’s going to happen next, but we are planning next year’s (picnic)," said Jan. “It’s a pleasure to donate the pie and raise money. At my age, I can’t do much else, but the pie I can make and donate, and I’m happy to do it.”

Megan Michelotti can be reached at megan.michelotti@helenair.com.

Helena’s Norris Blossom is going through a great period of growth in his life. One could even say he’s "blossoming."

“Help wanted signs are in many business windows throughout our state and our Montana schools are no exception,” Arntzen said.

4-H’s motto is “To make the best better,” and these three 4-H members are doing just that in preparation for the Last Chance Stampede and Fair.

The 3+3 program will allow Carroll College students to complete both a bachelor’s degree and Juris Doctorate in six years instead of the traditional seven-year cycle.

Sali Linden is going to be 12 next week, and she’s already managing a business. 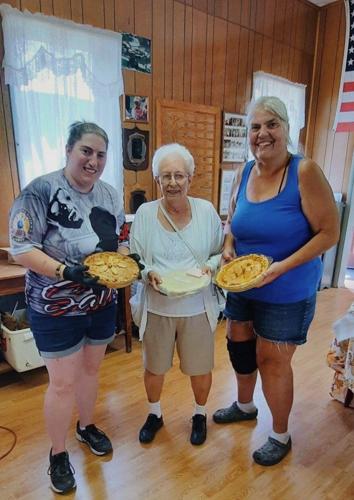 Pictured from left are Jan Smigaj’s granddaughter Ashley with her peach pie, Jan with her huckleberry pie, and Jan's daughter-in-law Patty with her apple pie. 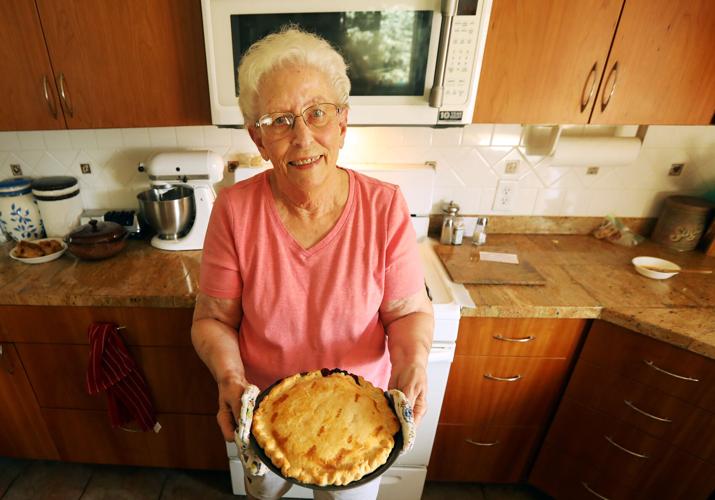 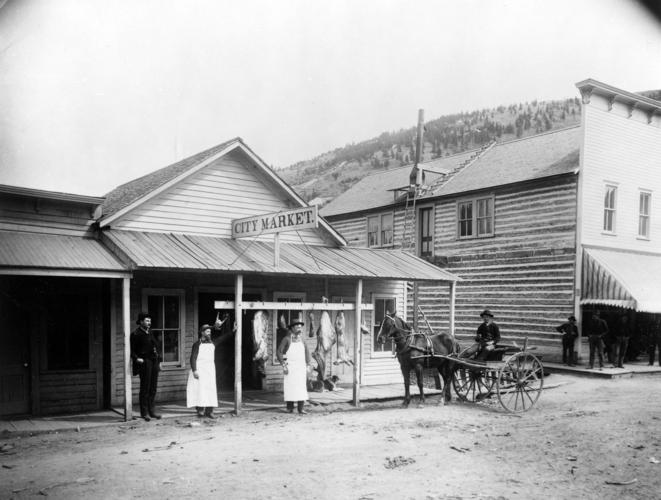 It's difficult to accurately determine whether this 1889 photograph depicts Main Street in Marysville, but given the structures that still stand along the street today, it's safe to assume that this meat market wasn't far from the primary thoroughfare. The town was once one of the state's biggest gold mining boom towns, with a population in the thousands.