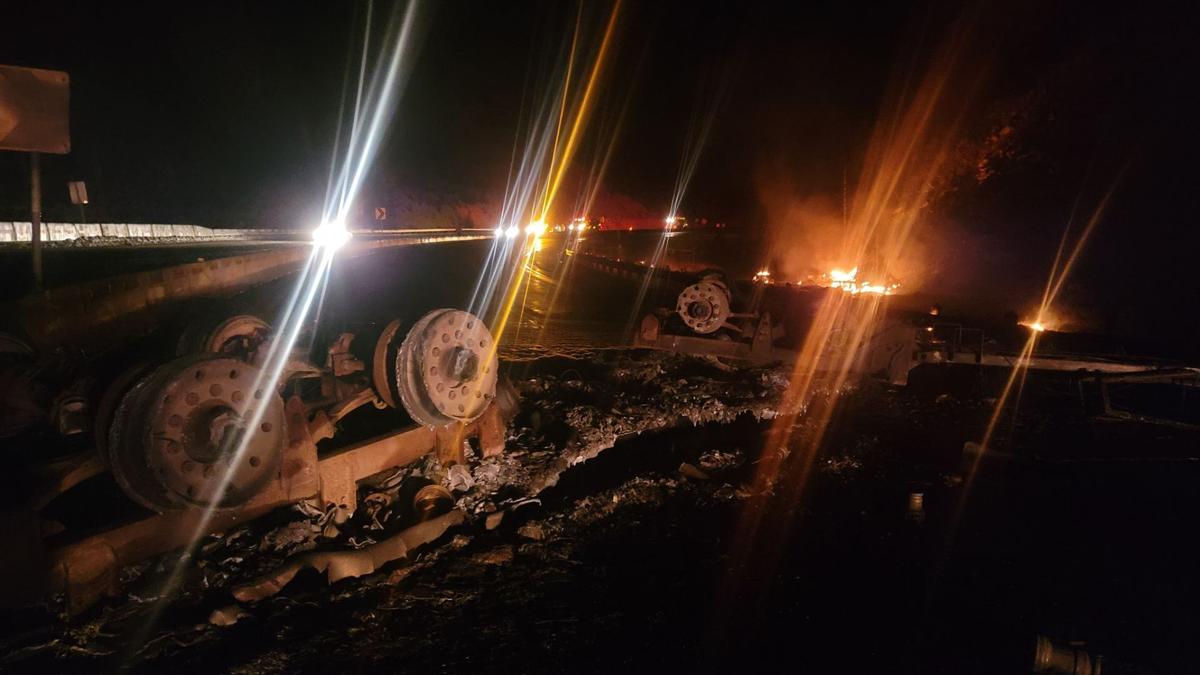 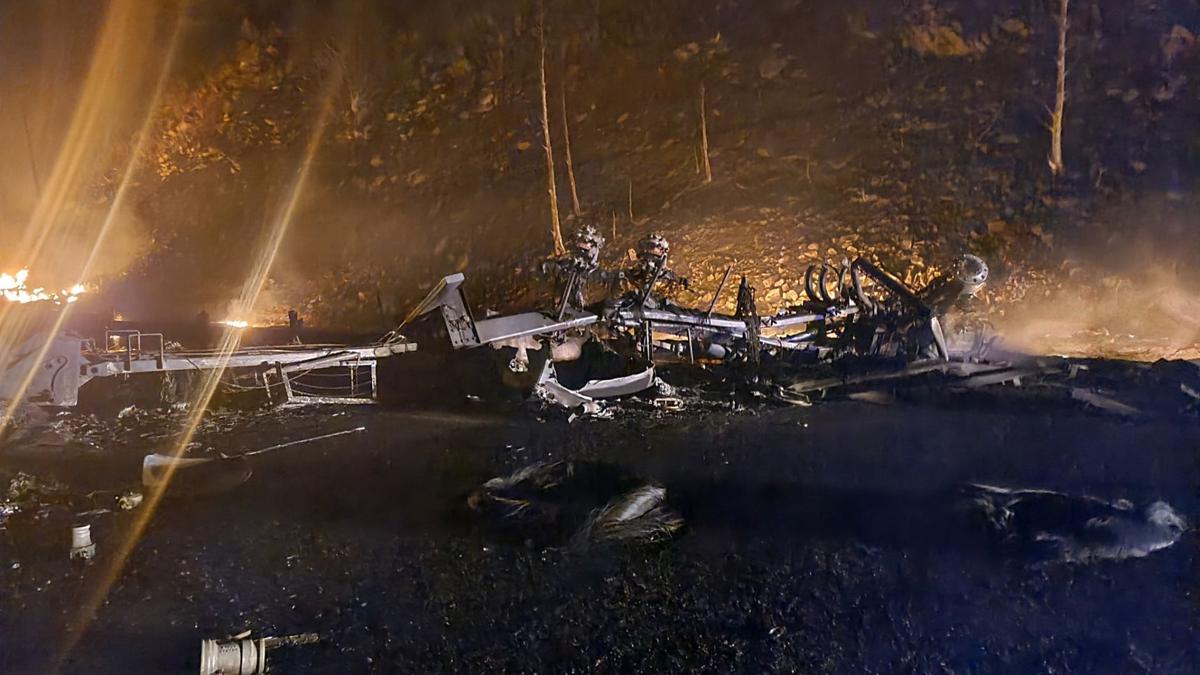 The driver of the vehicle was 34-year-old Spencer William Roddick of Rexburg, Idaho, according to Jefferson County Sheriff Craig Doolittle. Roddick was pronounced dead at the scene and his family has been notified.

The crash occurred around 4:30 p.m. about 40 miles south of Helena in Jefferson County near Basin, according to a Montana Highway Patrol incident report.

Roddick was driving south on I-15, MHP reported. The road was wet and the vehicle was traveling too fast for the conditions around a corner when it overturned, causing the tanker to leak and catch fire.

Authorities do not believe alcohol or drugs were involved.

According to Jefferson County Disaster and Emergency Services Coordinator Doug Dodge, the truck was carrying fuel, but at this time DES hasn't determined whether this was gas, diesel or ethanol. Dodge, who was present at the scene, said a cleanup effort began Wednesday to remediate what is left on the scene.

"A substantial quantity of fuel burned off as a result of the crash. The extent of any contamination will be determined during the cleanup process," Dodge said. "The timeline to finish that work will also be dependent upon the magnitude of what is left in the soil. Because of the burn-off, and the fortunate fact that the fuel did not enter the Boulder River, we are optimistic that the cleanup time frame will not be substantial."

Dodge said repair work to a guardrail is currently underway and it's expected to be completed quickly.

"We would ask that travelers take extra precautions in the area and watch for those that will be working alongside the freeway," Dodge said. "It is located in a limited sight distance area between Basin and Bernice, and while the work location is well signed, we urge everyone to slow down and move over in the area of the incident."

This was the ninth fatal crash in Montana so far this year.

CDC warns vigilance as 3rd vaccine is rolled out

Both suspects charged in the 2019 killing of 56-year-old Helena resident Shane White have entered guilty pleas to lesser crimes.

Piskolich gets to work as county's second justice of the peace

Lewis and Clark County now has a second justice of the peace.

A 37-year-old Idaho Falls man was arrested in Helena following an alleged theft of a guitar.

A 51-year-old man was arrested in Helena on suspicion of decades-old sex crimes against children in Nevada.