Become a Member
Read Today's E-edition
Share This
'I will move on': Supreme Court rules for state in Dr. Ibsen's appeal
0 Comments
Share this

The Montana Supreme Court has upheld a District Court ruling on a decision by the Montana Board of Medical Examiners to place a Helena physician’s medical license on hold, likely bringing an end to a legal battle that lasted more than eight years.

Dr. Mark Ibsen, whose license had been suspended by the board in 2016 following claims from 2013 that he prescribed excessive amounts of narcotics to some patients and did not adequately chart his reasons for allowing some early refills of pain medications.

He claimed in his appeal that the District Court was incorrect by dismissing his petition for judicial review by saying it was untimely.

Ibsen, who is now practicing, said Wednesday this was likely his last legal challenge, but added he had yet to talk to his attorney about the latest decision.

“The board of medicine owns the chess board and I think we did our best with the circumstances we had,” Ibsen said. “I am pleased that after 8 1/2 years of them trying to ruin me I still have my integrity intact.”

The Montana Department of Labor and Industry, which oversees the Board of Medical Examiners, offered comment.

“The department appreciates the board’s and the courts’ careful consideration of this matter,” spokeswoman Jessica Nelson said.

Ibsen was appealing an order by the 1st Judicial District Court of Lewis and Clark County. He petitioned the court for review after the board of medical examiners indefinitely suspended Ibsen’s license in 2016.

At the center of the dispute were several deadlines for appeals that court officials said Ibsen did not meet.

“The District Court did not err when it dismissed with prejudice Ibsen’s petition for judicial review as untimely,” Justice Beth Baker wrote Tuesday in the supreme court opinion.

“On the facts of this case, I would hold that the District Court erred in declining to apply equitable tolling to allow consideration of Ibsen’s petition for judicial review,” Shea wrote.

Ibsen said he was heartened at least two members of the court had agreed with him.

“At least two members of the Supreme Court could see the merits of my opinion,” he said.

Ibsen’s suspension was reversed in 2018, when then-Judge James Reynolds said the board made procedural errors when it took that action. He also ordered the board to “appoint an objective, detached and qualified hearing examiner to review the record," to supplement the record, to take more testimony and do a proper hearing if necessary, Ibsen’s attorneys state. Reynolds has since retired.

The board then on Oct. 8, 2020, placed Ibsen’s license on probationary status for 180 days. Ibsen filed an emergency motion to stay the board’s order, which was granted Nov. 5, 2020.

The board filed a motion Dec. 11, 2020, to lift the stay, claiming it already took action that Ibsen’s mandamus motion sought.

Ibsen had argued his petition for review was timely but the board claimed the petition was correctly denied because Ibsen did not meet the 30-day time for appeal.

“Having reviewed the District Court’s reasoned Order and the parties’ argument on appeal, we find no error in the court’s rulings,” Baker wrote.

Shea said Ibsen had petitioned for judicial review within 30 days of the order taking effect.

“Considering, as the District Court described, the ‘long and nettlesome procedural history’ surrounding this case, I would apply equitable tolling to Ibsen’s petition for judicial review and give Ibsen his day in court,” he wrote.

Ibsen’s practice of prescribing opioids came to the board in 2013 after a former employee filed a complaint against him, alleging that he overprescribed medications for a number of patients.

In 2015 a Montana Department of Labor and Industry hearing officer’s report failed to substantiate those claims, finding his standard of patient care sufficient but also finding that Ibsen kept inadequate records. But the board rejected much of the report, deciding that because the hearing officer was not a doctor, he was not competent to make many of the findings, Reynolds wrote in his opinion.

Following additional filings and hearings, in 2016 the board ruled on the remaining aspects of the hearing officer’s findings along with its own findings in the administrative record, and moved to suspend Ibsen’s license. Ibsen petitioned the court for judicial review, and the court agreed to issue a temporary injunction and restraining order against the board’s decision, allowing him to continue practicing medicine.

“The judges have spoken,” he said. “I don’t see I'll get anywhere with these people, so I will move on.”

“It seems to me like it’s over,” Ibsen said. “It’s clear to me the board of medical examiners has harmed me gravely. I am not happy with it but it has run its course.”

A Helena doctor is asking the state Supreme Court to overrule a lower court’s dismissal of his case, in which he asked the Montana Board of Me…

Helena Dr. Mark Ibsen has asked a district judge to force the Montana Board of Medical Examiners to follow a prior court order that reversed t…

A district court judge has reversed a Montana Board of Medical Examiners decision to suspend the license of a Helena doctor.

Great Divide Ski Area kicked off the ski and snowboard season with a surprise opening of the Good Luck Chairlift Sunday afternoon. 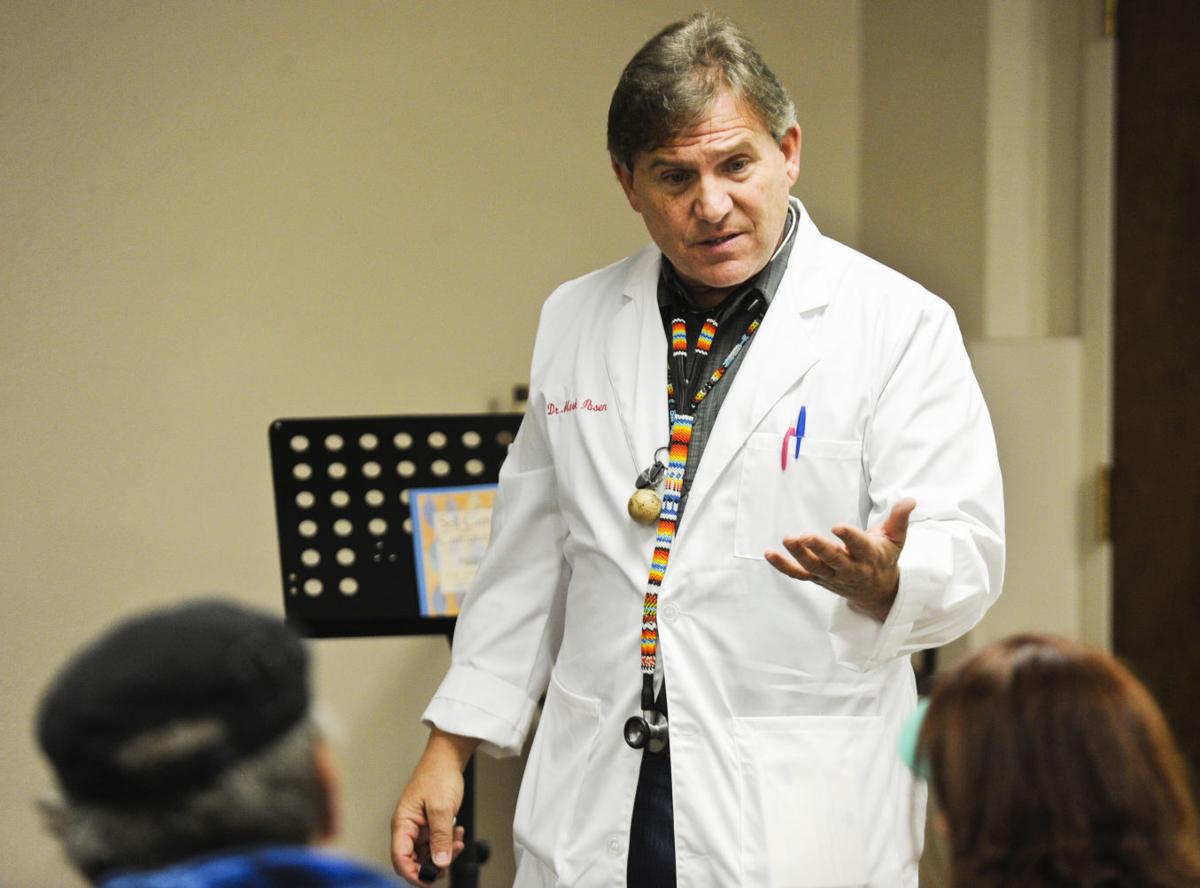 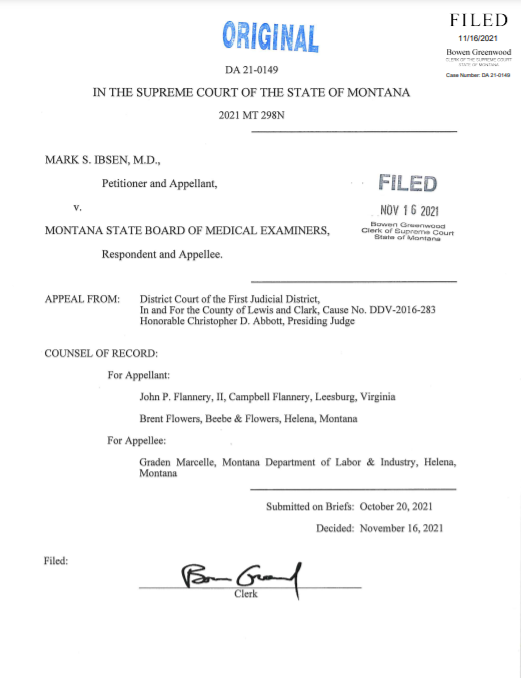 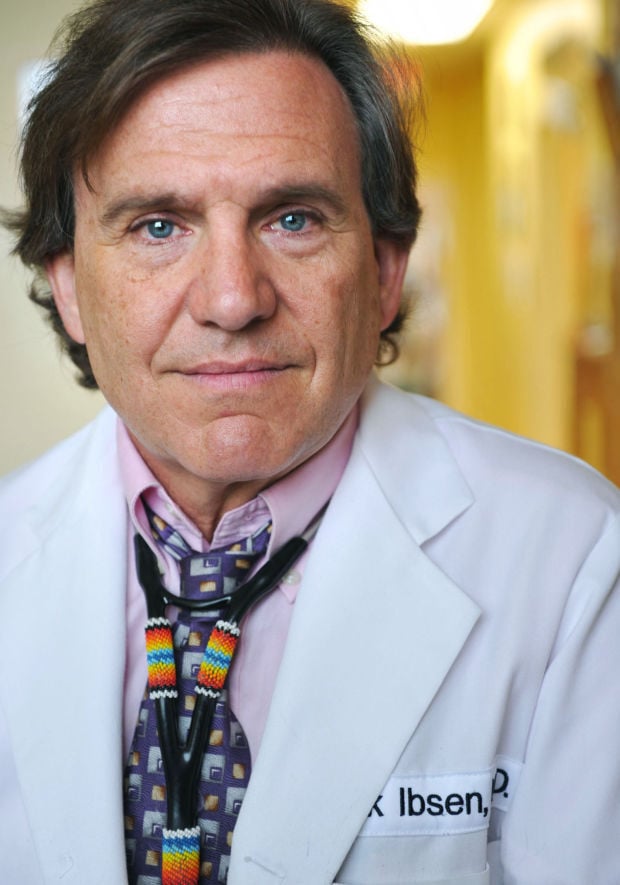