On Aug. 6, 1949, the U.S. Forest Service sent a recovery mission to the site of the Mann Gulch fire after tragedy struck the smokejumpers the day before. On that recovery crew was smokejumper Richard "Dick" Wilson, who carried a small film camera in the collar of his jumpsuit and captured some of the only photos of the aftermath.

In a 2017 interview published on Youtube, Wilson recounts that day and the mission to rescue those who fell victim to the Mann Gulch fire.

The rescue crew hiked in 150 pounds of first aid supplies, but upon arrival realized medical aid was useless because the smokejumpers were already deceased. They did find use for the sleeping bags they brought.

"They didn't have body bags at the time," Wilson said. "So we slid open the sleeping bag to put bodies in."

The crew was tasked with hiking the deceased to the top of a ridge so a helicopter could airlift the bodies back to town. The operation took a total of two days.

Wilson says he carried what he saw that day for the rest of his wildland firefighting career.

Wilson went on to be a wildfire logistics coordinator and would determine whether neighborhoods were safe to put firefighters on. He says that during his career, he didn't lose any firefighters under his supervision.

Images captured that day show the recovery effort and scenes of the wildfire's destruction.

These images were provided thanks to the University of Montana's Archive and Special Collections, which houses Wilson's collection. 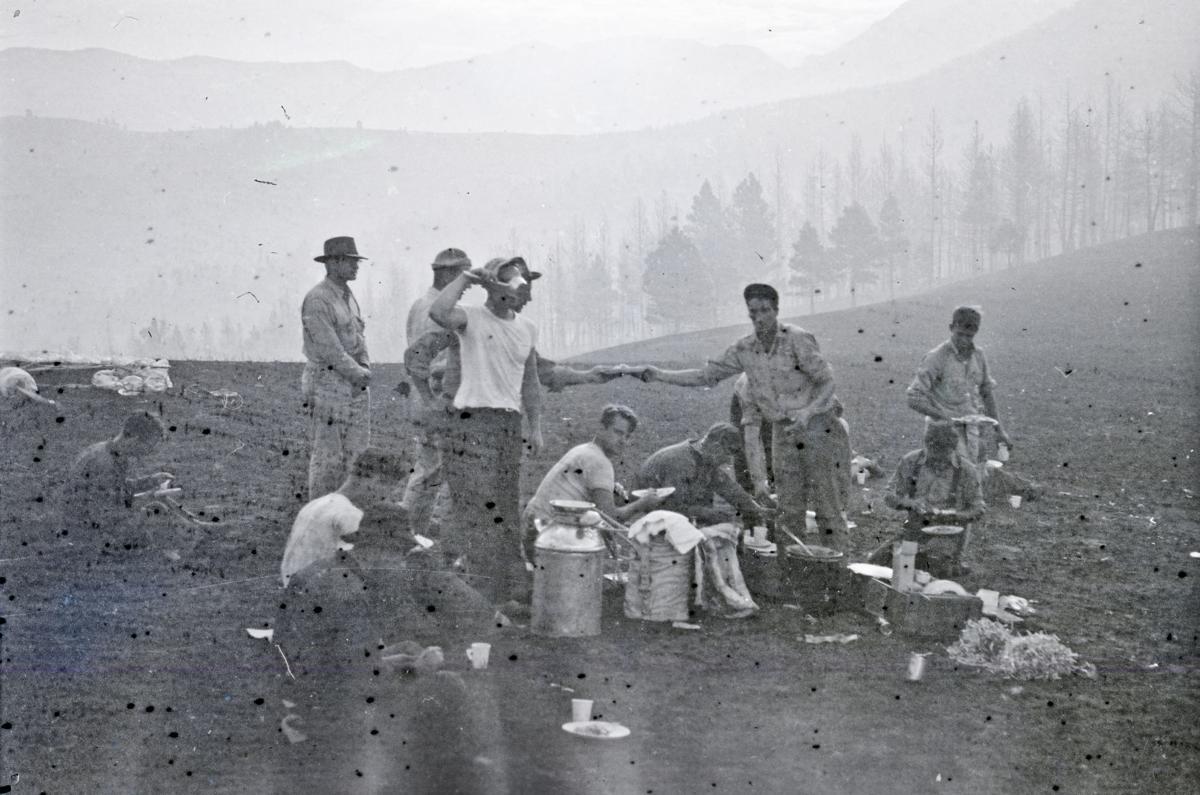 The recovery crew digs through the food and water dropped to them. According to Wilson, the smell of the burned bodies was so bad most of the men skipped lunch because of their nausea. 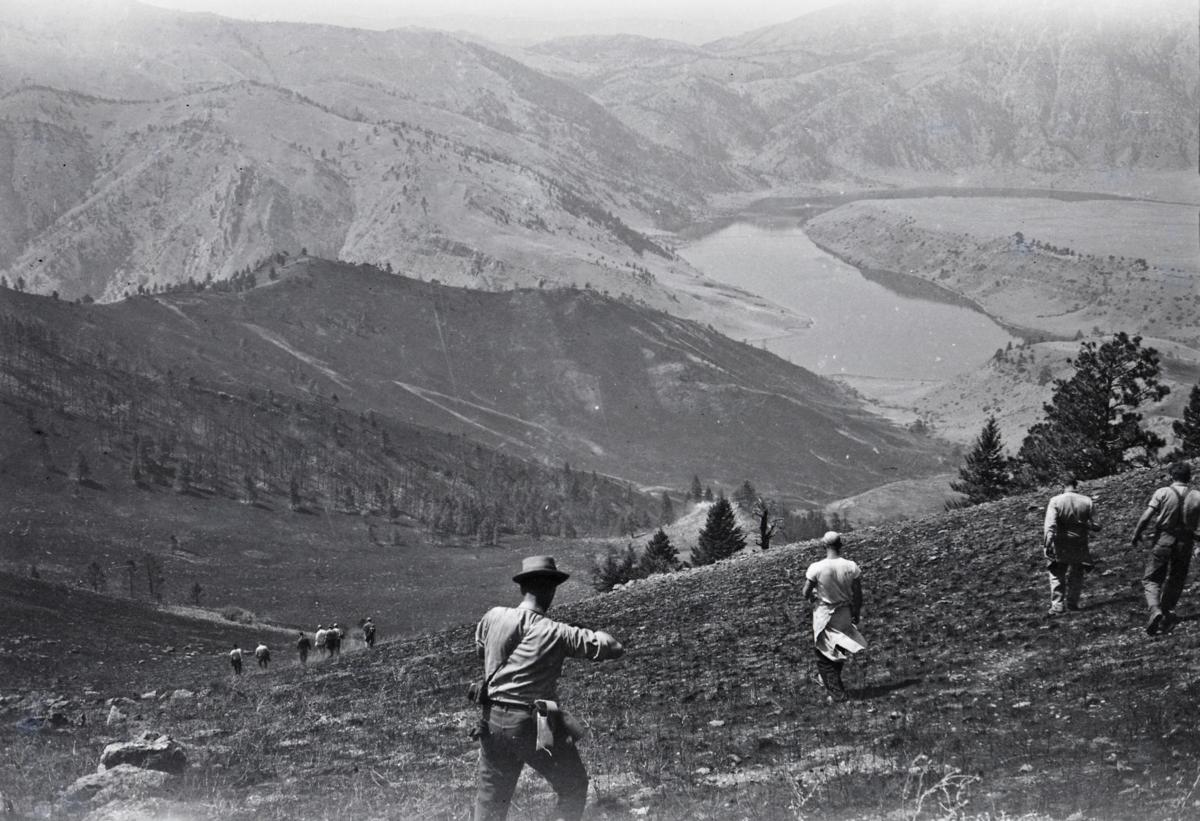 After successfully recovering the bodies of the deceased, the crew hikes back down to the Missouri River on Aug. 6, 1949. 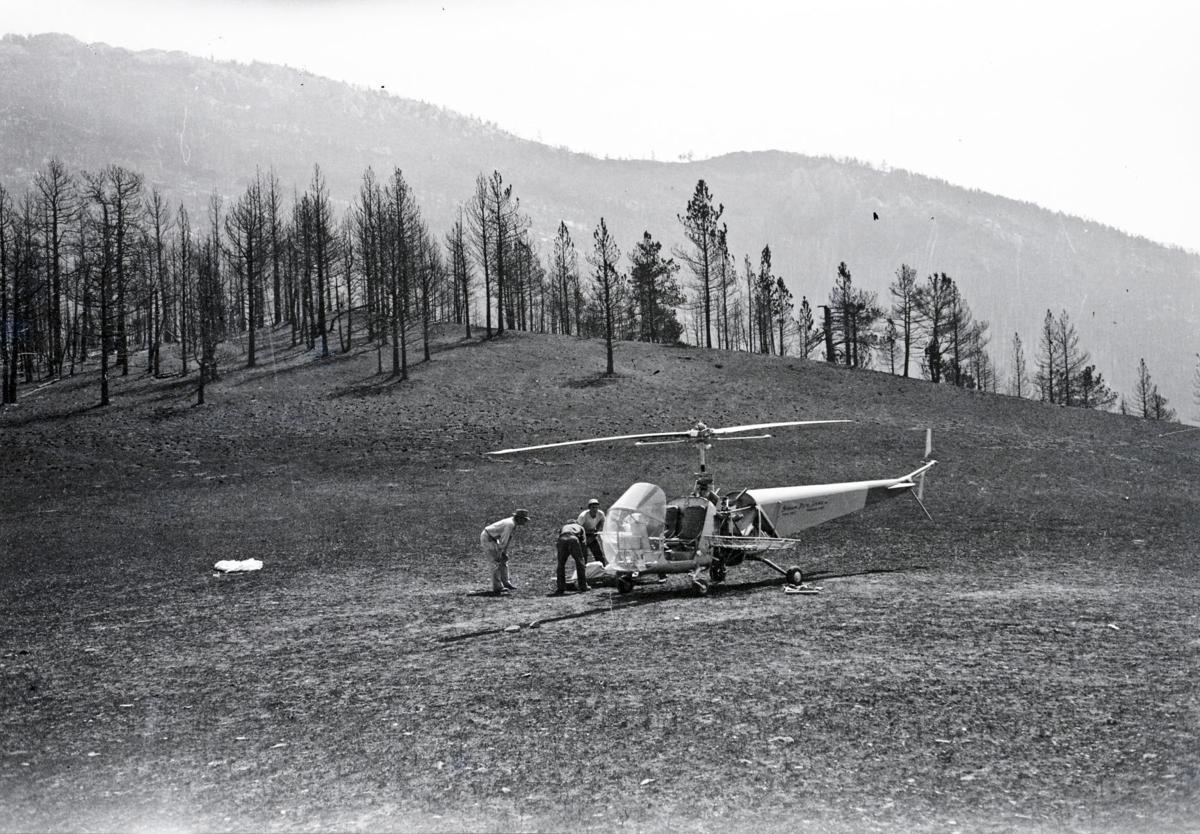 The body of a Mann Gulch fire victim is loaded aboard a helicopter on Aug. 6, 1949. 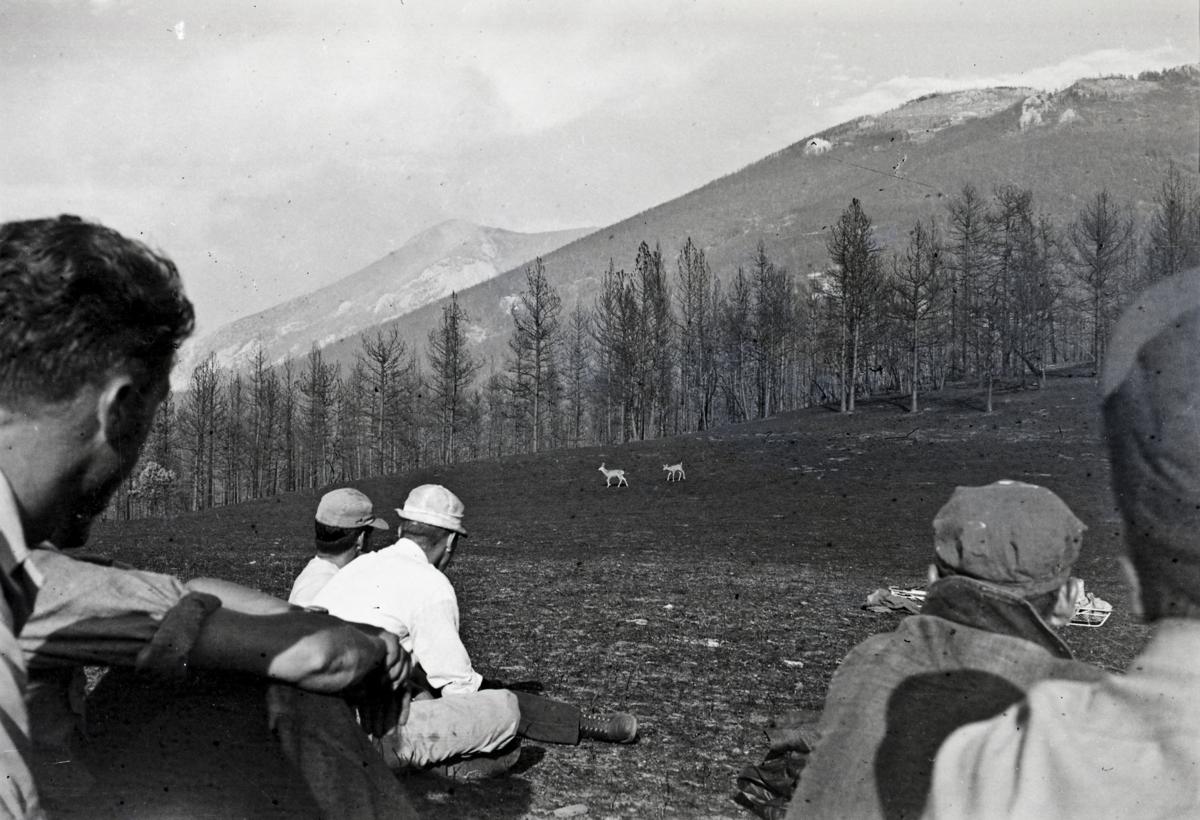 Two deer wander toward the recovery crew during a break that day. Wilson believes the deer were in shock from the fire because of their abnormal behavior. 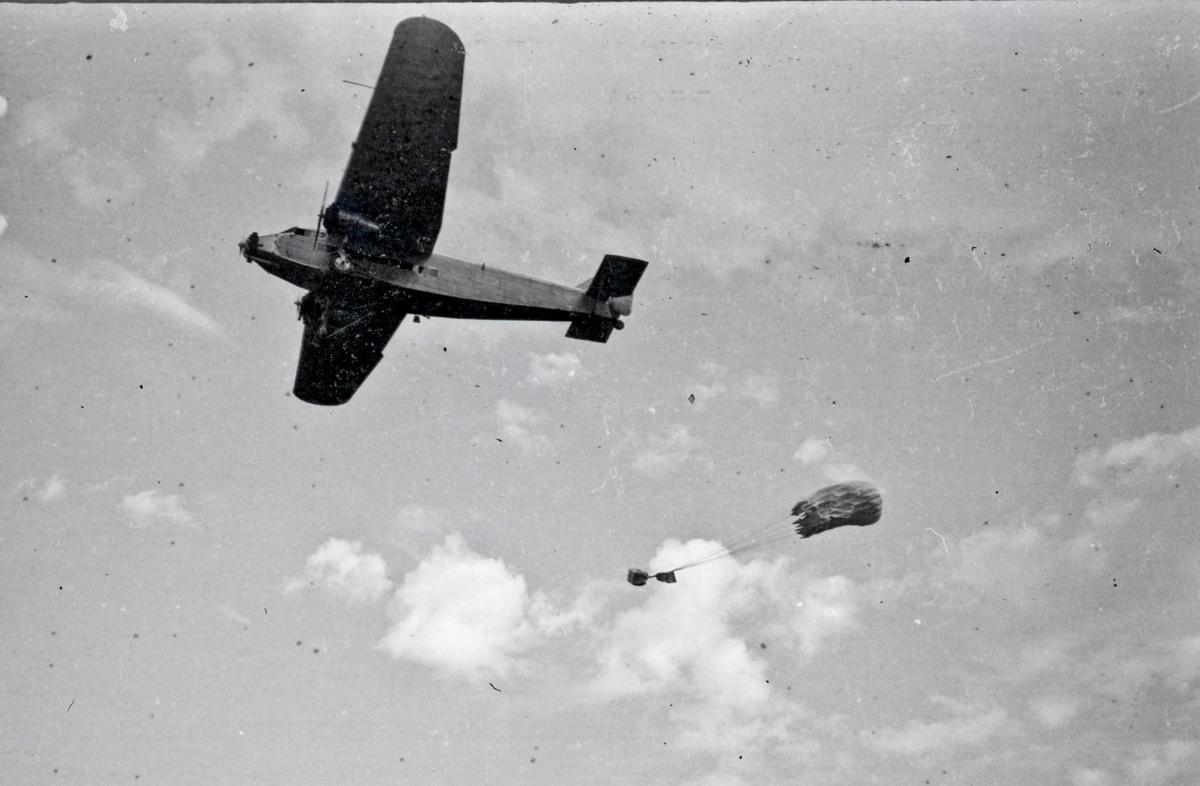 A Forest Service plane drops food and water to the recovery crew in Mann Gulch Aug. 6, 1949.