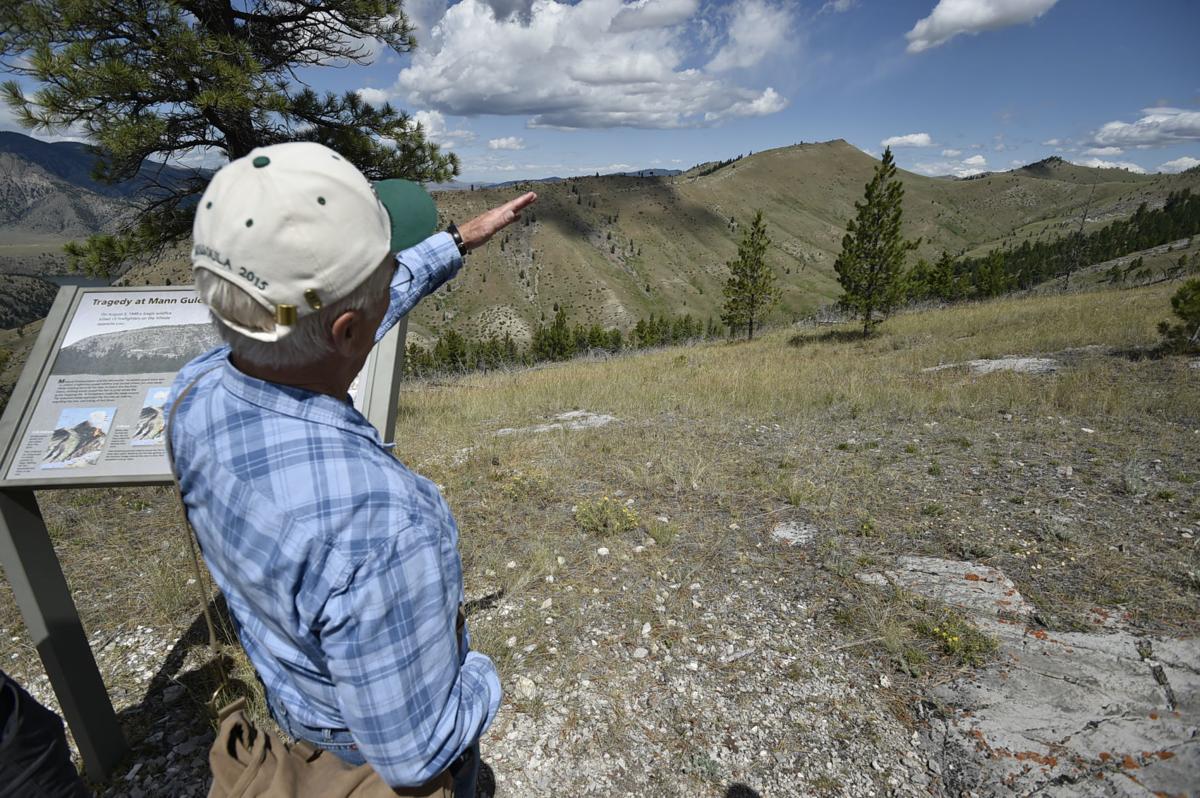 Retired smokejumper John Driscoll points to the location where the 12 smokejumpers died on Aug. 5, 1949, fighting the Mann Gulch Fire. 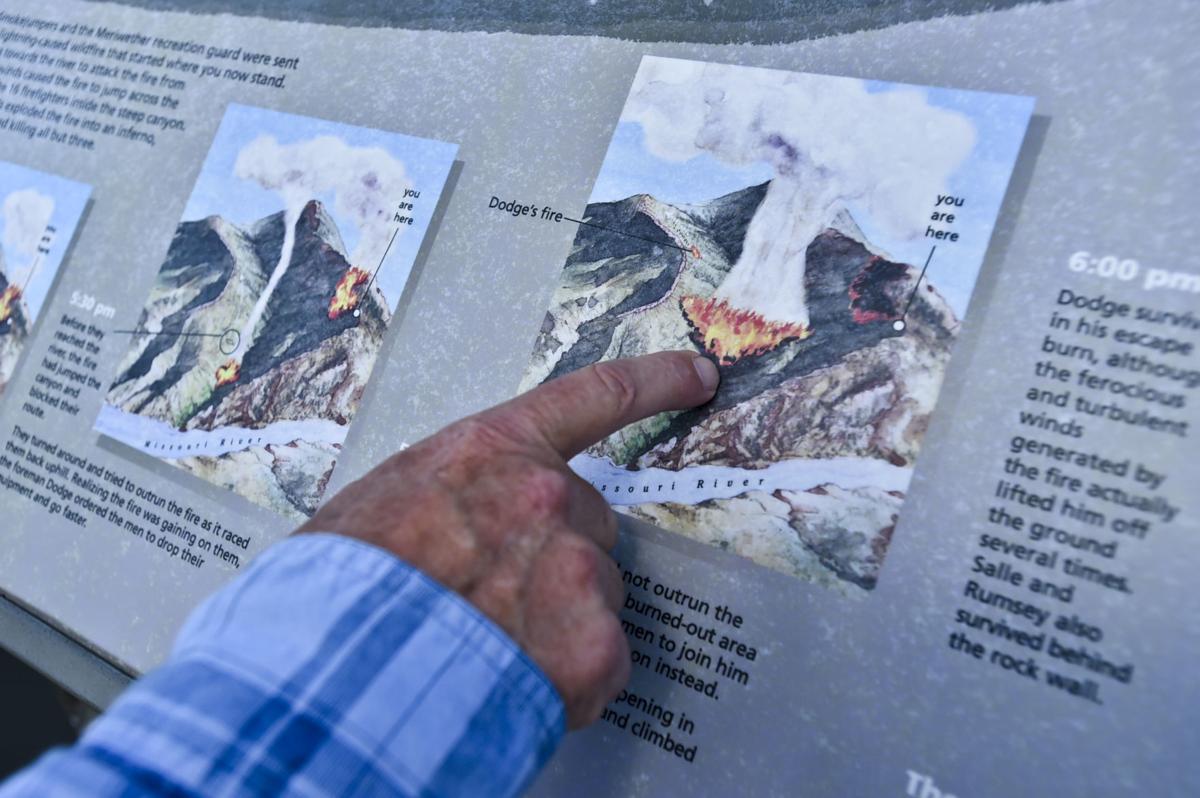 The tragedy that unfolded on Aug. 5, 1949 in a remote gulch north of Helena stands as the smokejumpers’ deadliest day.

Mann Gulch still sits today much like it did 70 years ago, isolated between the Missouri River and wildlands of the Big Belt Mountains. No roads provide motorized access. Trails from roads range from 7 to 18 miles by foot or horseback through a mix of steep canyons and ridgetops. And water travel means finding a boat to transport people and supplies.

In August of that year nearby fires at York and in Cave Gulch demanded nearly all the resources the local area could muster. So when the call came in for a small wildfire burning in the remote stretches of Mann Gulch, it is little wonder the request went to Missoula for the smokejumpers to respond.

Seven decades later, Helena-Lewis and Clark Forest Supervisor Bill Avey sat at the Gates of the Mountains Marina, preparing to board a boat along with other Forest Service officials and John Driscoll of the National Smokejumper Association. Their destination was Mann Gulch the way most visitors see it today: a tour boat ride down the Gates of the Mountains and a steep switchback trail to the ridge where the fire started.

Visiting the site where 13 people lost their lives offers the starkest of reminders of the dangers wildland firefighters face and the decisions to put them in harm’s way to protect life and property.

Following the historic 1910 fires that burned 3 million acres across Idaho and Montana, the Forest Service knew fire crews made up of whoever was available needed serious reform. By the 1930s interest grew in parachuting firefighters into remote blazes and by 1940, the first jump occurred in Washington. In 1949, 150 smokejumpers worked in the region, mostly concentrated in Missoula.

“It’s like jumping out of a subway train in New York City,” Driscoll, who jumped in the 1960s, said. “You’re going down a tunnel and there’s all this stuff coming by you and you have a feeling of motion and you jump into it.

“So you have to psyche yourself up that you’re jumping into a picture window or something, or you say to yourself, 200,000 people have made this jump and only a few have been killed so the chances are it isn’t going to happen to me.”

Driscoll has 17 jumps to his credit and says that was enough. Given the gravity of the work they do, a tremendous level of respect exists for the decision of a firefighter to hang up his or her gear.

“There’s a lot of mutual respect there because it’s a pretty fearsome deal, at least it was for me,” he said.

The crew in 1949 made the jump successfully into Mann Gulch, assembled gear and began to make their way to the Missouri River with the plan to work back onto the fire. The river would give them an important escape if things turned bad.

But before they could make the river, spot fires cut them off and shifting winds brought a racing inferno up the gulch. Crew foreman Wag Dodge ordered them to drop their gear and run. Only two, Robert Sallee and Walter Rumsey, would make the ridge to safety while Dodge succeeded in burning out a small area of grass and lying face down with his coat over his head as the fire burned around him.

Hike to the top

The tour boat landed at Meriwether Day Use area. A jaunt past the guard station begins the climb, switchback after switchback heading up through a narrow crease in the limestone cliffs.

Contemporary trail builders would never put it in the same place today, said Roy Barkley, recreation specialist with the Forest Service, but the historic value of its destination keeps it high on the priority list for maintenance.

The 1.5-mile ascent offers continuous vista views of the Gates of the Mountains below – a stunning stretch of the Missouri River given its name by Meriwether Lewis. Finally the trail enters the open ridgetop, cresting just as a commemorative sign comes into view.

While the loss of life rocked the Forest Service, the tragedy brought important changes to the way fires are fought and studied, Avey said.

The crew worked together little before their jump into Mann Gulch, Avey said. Training now focuses heavily on crew cohesion, leadership and communication when on a wildfire.

Dodge’s use of a burnout fire, while it must have seemed radical at the time, especially to the crew who continued to run despite his pleas to join him, is now fundamental to training, he said. Firefighters learn early on the phrase “one foot in the black,” giving them a critical escape path into already burned areas.

During wildfire training, Mann Gulch is a place where the Forest Service talks about and sometimes visits with new firefighters, Avey said. The message is unmistakable, driving home the principles of safety in the face of the dangers of the job.

Avey paused when asked whether smokejumpers would jump on Mann Gulch under the same conditions today, given what is known about wildfires. Each fatality or other serious incident is unique, he said, and the exact circumstances will never present themselves again.

Fire managers today face a reality of longer fire seasons and more people and homes in potential danger when deciding when to deploy firefighters on the ground or from the air.

“Our real guiding philosophy is, how do we insert forces to protect the public, limit exposure to responders and have the best probability of success,” Avey said. “Sometimes that means you’ll jump a fire, a small fire and hit it hard direct because the implications if we don’t do that and it grows, you’ll have more people at risk.

“The places that keep me up at night are the places where we don’t have that time or space.”

St. Peter's Health and Billings Clinic could end up with separate clinics in Townsend within the coming months.

The state of Montana is seeking to join the fight against lawsuits challenging a major forestry project near Helena.

Three Montana wildland firefighters had a significant reason to be grateful on the recent Thanksgiving holiday.

Retired smokejumper John Driscoll points to the location where the 12 smokejumpers died on Aug. 5, 1949, fighting the Mann Gulch Fire. 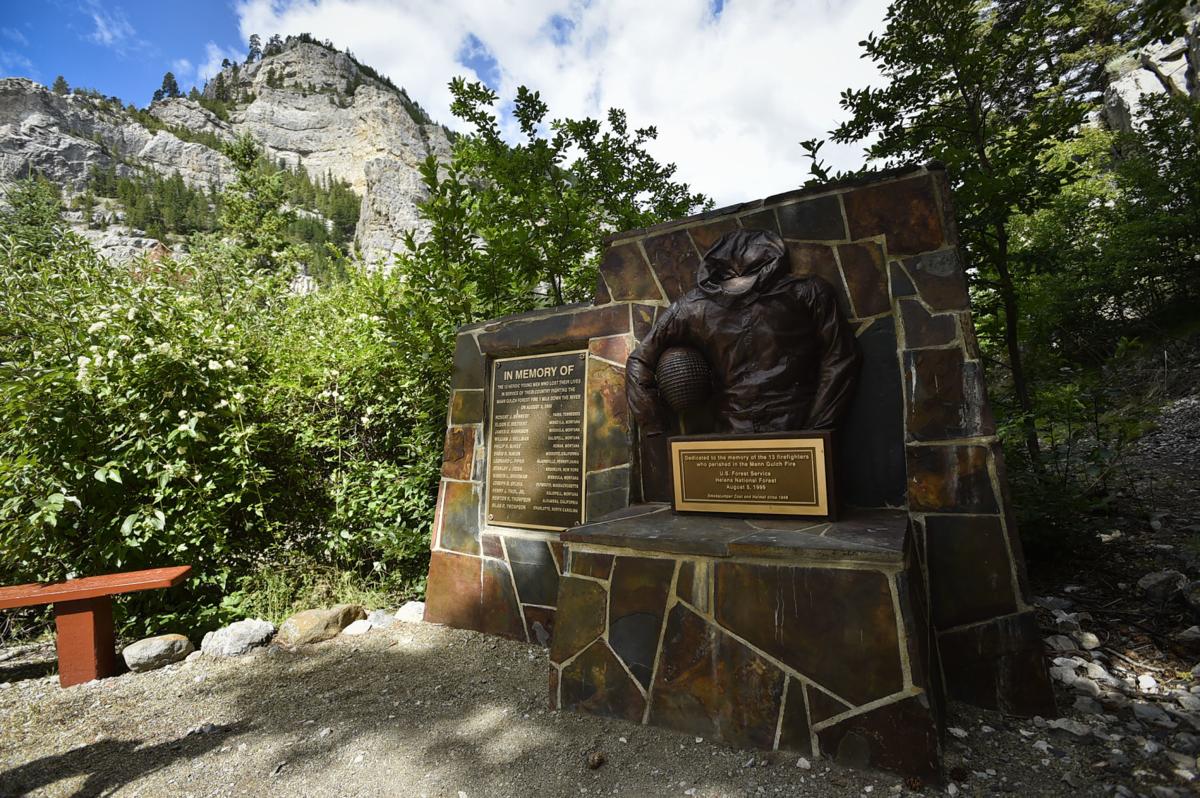 A memorial to the smokejumpers who died on the Mann Gulch fire welcomes visitors at the Merriwether Picnic Area. 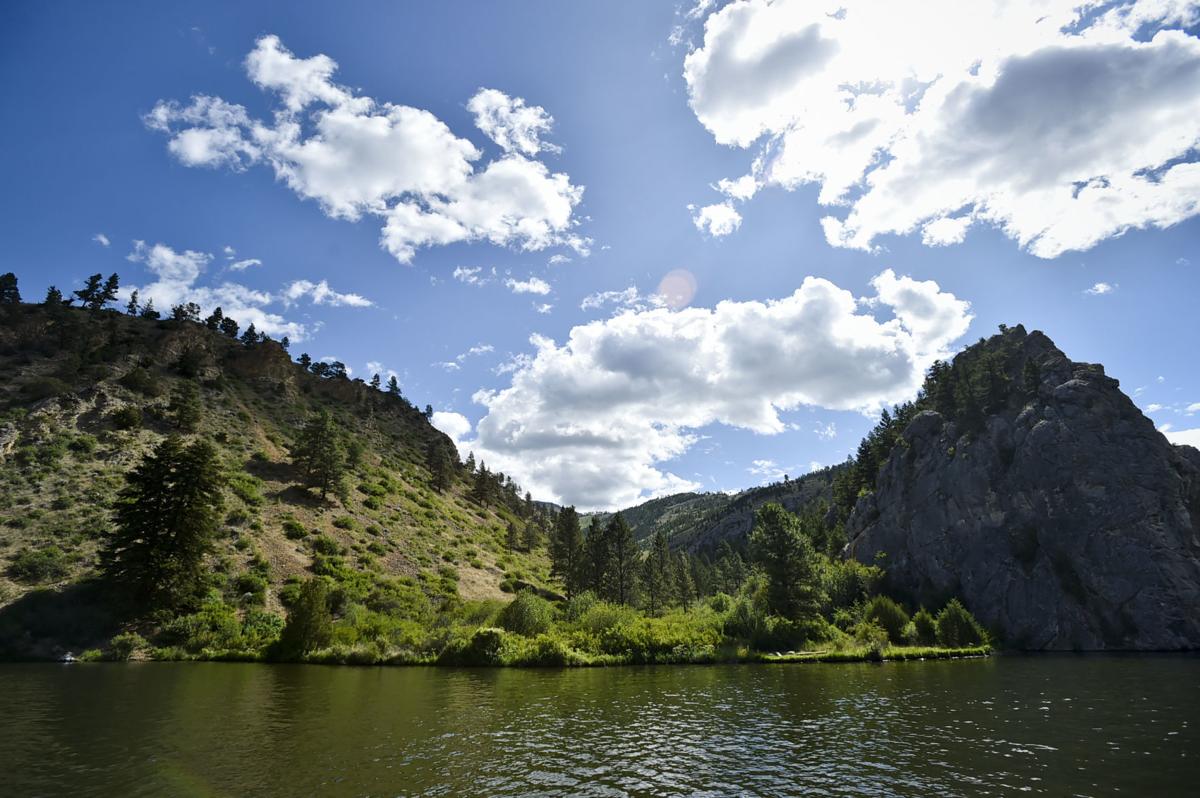 What Mann Gulch looks like today as viewed from the Missouri River. 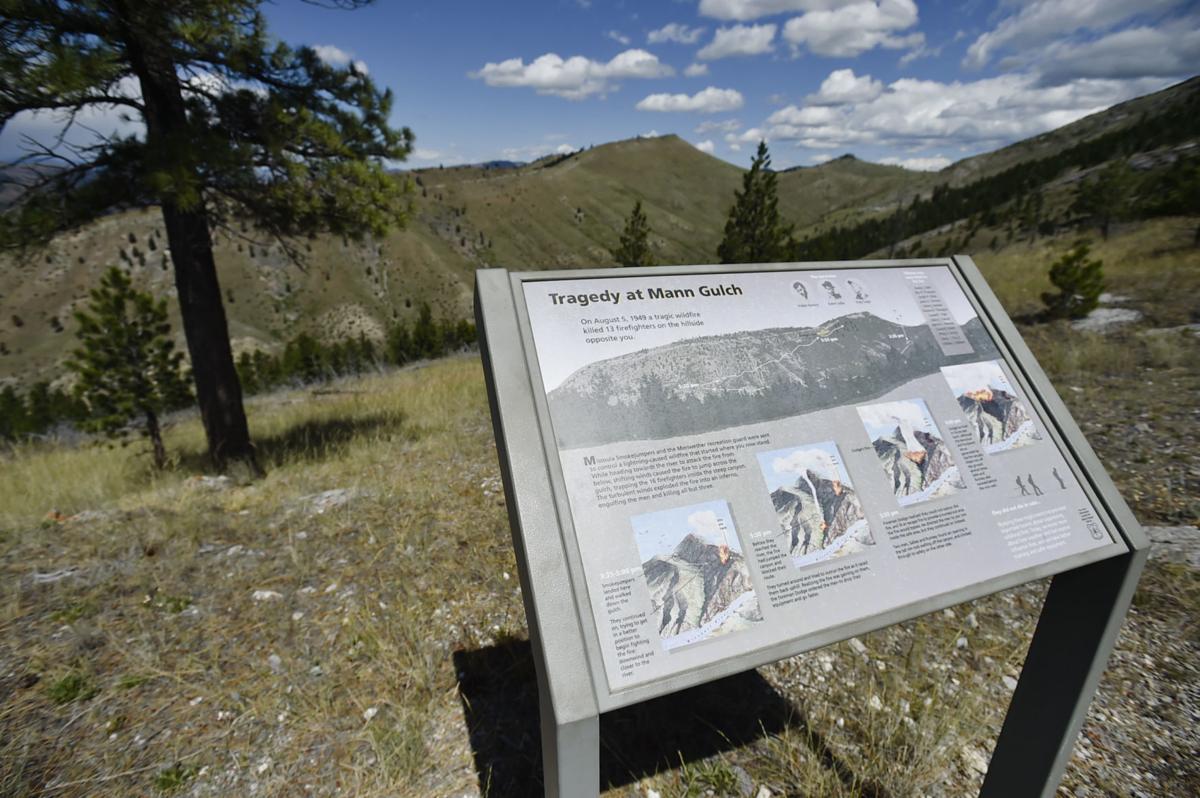 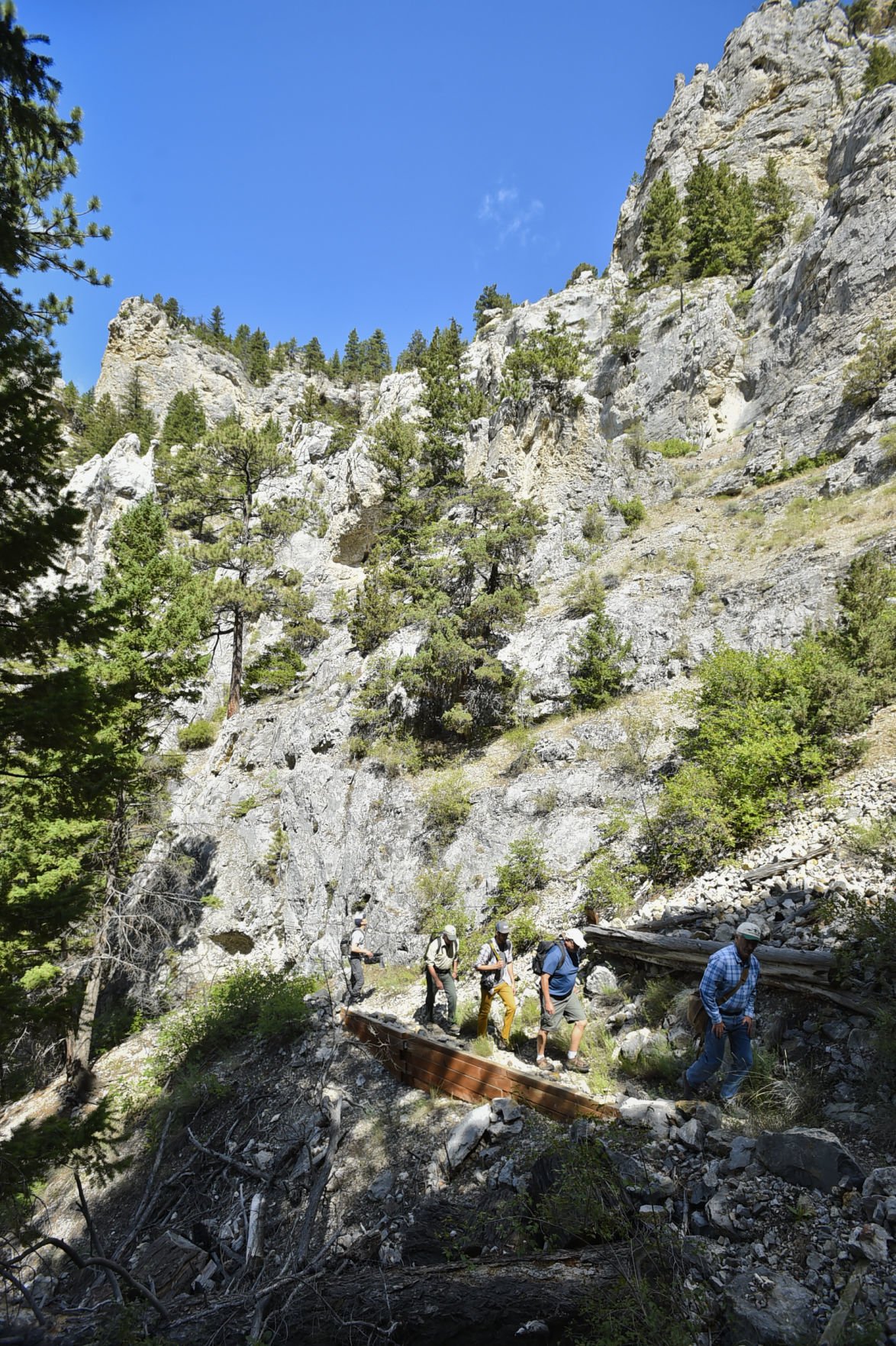 Forest Service officials and members of the press hike to Mann Gulch from the Merriwether trail on a recent trip. 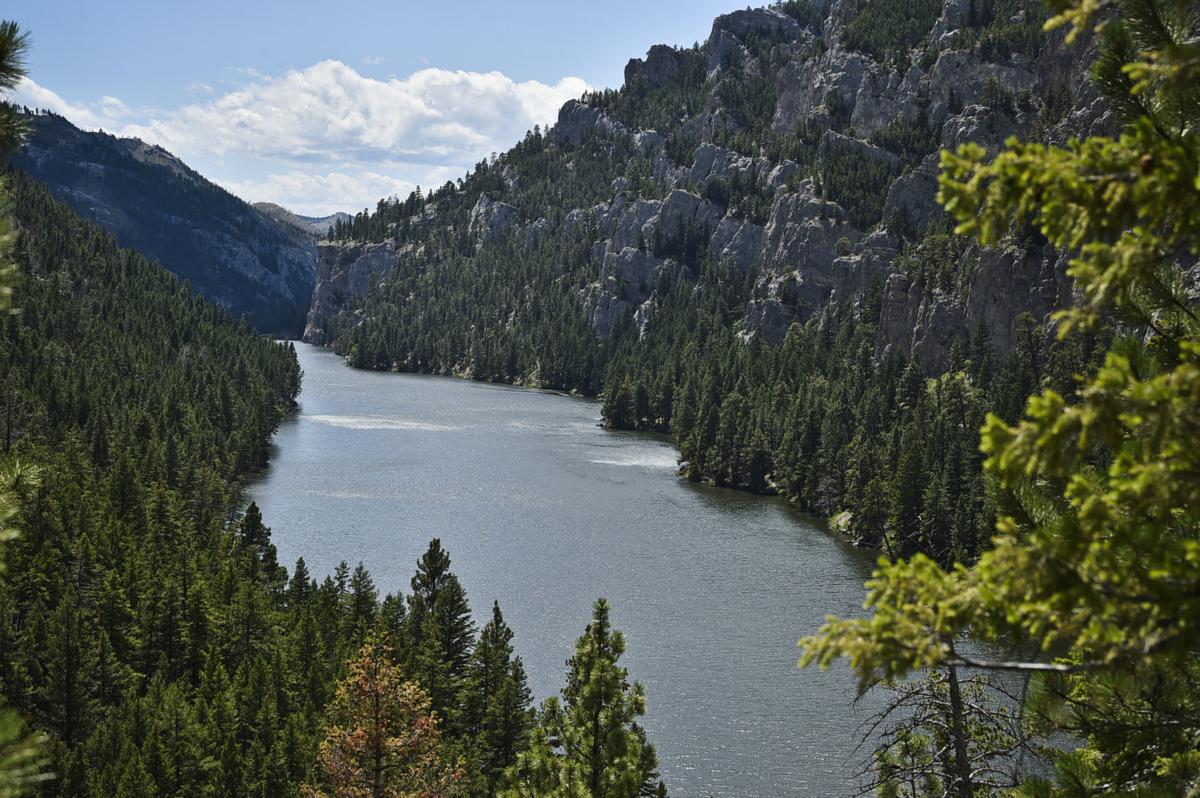 A view of the Missouri River from the Meriwether trail which leads to Mann Gulch.